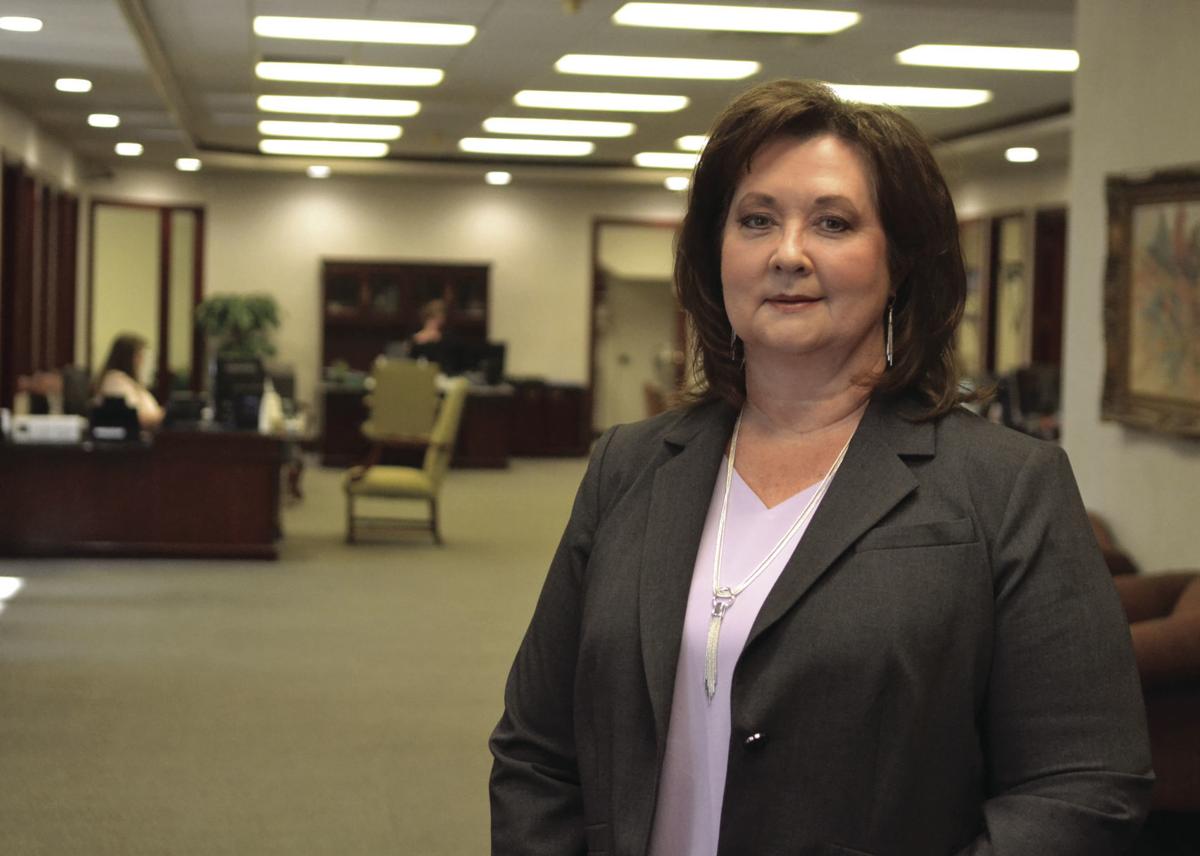 Mackie Bonner has been with First National Bank of Central Texas for 24 years.

This is a monthly feature highlighting someone whose good works may otherwise go relatively unnoticed. To submit someone for consideration, email ksury@wacotrib.com.

Get to know Mackie

The Fairfield native began her banking career in 1983 in her hometown, but moved to McLennan County in 1989 and was hired at MBank, the predecessor to First National Bank of Central Texas. She has been with FNBCT for 24 years and is a senior vice president in the lending department. She and her husband, Wayne, a retired Waco firefighter who now owns a tech business, have been married for 35 years. They have two grown daughters and a son-in-law. She enjoys traveling, photography and the outdoors.

Mackie Bonner believes her willingness to get involved with projects was ingrained as a young child growing up in Fairfield with parents and grandparents dedicated to helping others.

“I was brought up believing that those of us who can serve should be working to improve the lives of others,” she said.

It’s a belief she fully lives out, whether through the March of Dimes — the first Waco nonprofit she volunteered with (dating back to 1991) — to Caritas, to Mission Waco, to the Heart of Texas Fair & Rodeo, to NeighborWorks Waco, and that’s still scratching the surface.

“March of Dimes believes that every baby deserves the best possible start,” she said. “Unfortunately, not all babies get one.”

But March of Dimes research and programs have been improving those chances, she said.

Bonner has served on the board of Caritas since 2014, and the Hidden Treasures thrift store program it provides often flies under the radar for many. The store even sells the popular InstaPots at a discounted price.

“The thrift stores offer affordable items and through the generous donations from the community we are also able to give clothing to those in need through the voucher program at the main location.”

Caritas is so much more than the food pantry most people think it is, she notes, as it also offers client services to assist people in finding work, such as obtaining a certification to operate a forklift, and has programs geared to helping military veterans.

“It’s reaching out and really making a difference,” she said.

First National Bank of Central Texas has partnered with NeighborWorks Waco, giving Bonner a direct way to work with clients in improving their credit so they can buy or build a home.

Several nonprofits focus on helping low-income clients to get them out of the cycle of poverty, and doing so is a win for the entire community, she added. Bonner said Central Texas is fortunate to have active chambers of commerce.

She also is thankful that her bank is committed to serving the Waco community and that it encourages and supports its employees to volunteer. She hopes that more young professionals will volunteer with a nonprofit that meshes with their interests.

“I think when you see the need in our community and work with so many organizations, you are able to guide those in need in finding help,” she said.

Those Who Make a Difference