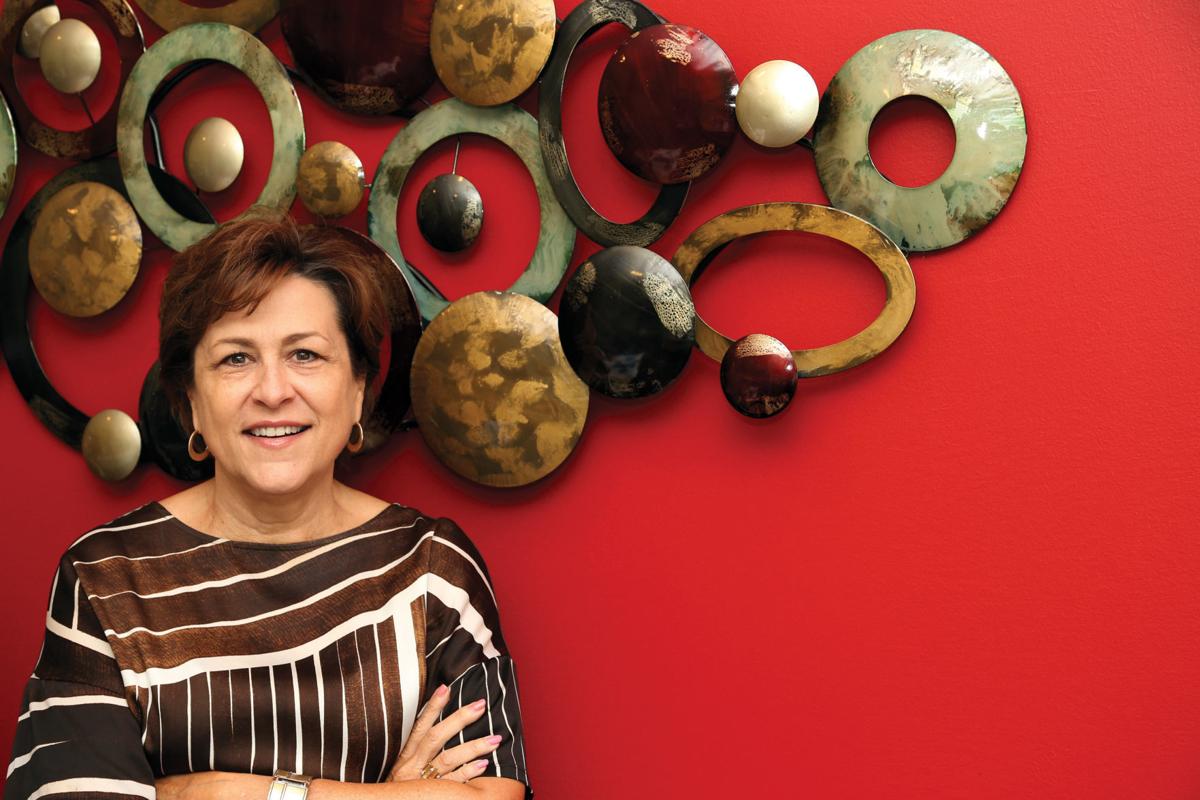 This is a monthly feature highlighting someone whose good works may otherwise go relatively unnoticed. To submit someone for consideration, email ksury@wacotrib.com.

Get to know Kim

The Waco native attended Waco schools and graduated from Midway High. After a bachelor’s degree in education from Texas A&M, Kim decided to change careers, receiving a degree in commercial art from Texas State Technical College. She has owned her graphic design company, By Design, for 17 years. Kim and her husband, Stan, in treasury management at Extraco Banks, have been married for six years. They are proud parents to son Alex, who lives in Houston with his wife, Ashley. Kim’s hobbies include camping, singing, cooking, reading, entertaining friends and travel (especially tropical locales).

For Kim Giles, helping others is as natural as breathing.

That’s because, she says, it was so much a part of her life growing up.

The Waco resident says she saw it modeled firsthand by her parents, Durwood and Jackie Williams, and grandparents Ted and Roberta Curry —  owners of Curry Office Supply in downtown Waco.

“I didn’t think (helping others) was anything out of the ordinary,” she said. “It was just what my family did — serving on boards, volunteerism, contributing their talents to various things, etc. Watching them help others imprinted on me at a young age. Now, I’m proud to carry on their legacy.”

Giles said the words of Luke 12:48 have always carried much meaning for her: “From everyone who has been given much, much will be demanded,” or as she says it, “To those who have much, much is expected.”

“I’ve been very blessed in life, and it has nothing to do with money. I believe in sharing my gifts in whatever way I can if it will help lighten someone else’s load,” she said.

Giles has been involved with civic and charitable organizations over the years, but since 2014, her heart and energy have been engaged with the Waco Women’s Lions Club. She is a charter member of WWLC, and recently began her second one-year term as club president, sharing the duties this time around with Wyndee Kunesh, another past president of the club.

Giles is also part of a four-person committee tasked with planning the Texas Lions State Convention, which will be in Waco May 20-22, 2021.She looks forward to showing off her hometown to a projected 600-plus Lion attendees.

The Waco Women’s Lions Club either created or has been involved in several service projects: Dinner in the Dark to benefit those with sight impairment; Fill a Fiat to collect food and donations for McLennan County Pack of Hope; Camo Santa to collect new toys for children of deployed Fort Hood soldiers; volunteerism at the Central Texas Special Olympic Games; a Legacy Story writing contest for senior citizens in partnership with Meals on Wheels Waco; and sponsoring numerous area children to attend Texas Lions Camp in Kerrville at no charge to their families, among others.

Her greatest passion as a Lion, though, is to provide free digital vision screenings for children using a Welch Allyn SureSight Vision Screener, a machine that can detect numerous vision issues in those age 6 months up to senior citizens. The device is quick and painless to use, and is remarkably accurate in detecting myopia, anisometropia, astigmatism and more, she said.

Giles said it’s especially important for children 7 years and younger to get screened because poor vision can seriously impact their learning once they start school. If a child can’t see clearly, they don’t learn as well. After age 7, it is often more challenging to correct vision problems, thus the emphasis on younger children. It’s a service the club provides for free at schools, health fairs, or whenever they’re asked.

“That’s what turns my lights on, and I love being with kids,” she said, adding that other Lions clubs in the area have vision screeners and sometimes collaborate with WWLC for large group screenings.

Preventing vision issues is close to her heart after living with the struggles of her younger brother, Brian “Buddy” Williams, who was born with vision issues. At less than a week old, he had his first of several eye surgeries. Eye patches, contact lenses and optometrist visits were the norm for Buddy growing up, but he and the family took it all in stride.

Kim is definitely a proud big sister of all that Buddy has achieved, sharing that he is a successful architect who resides with his family in the San Francisco area.“My brother is oh-so-talented,” Giles said. “What he creates puts my artistic skills to shame …”

Lions club projects will continue to be important to Kim. “That’s what Lionism is all about … service to others,” she said. “I love being a part of something bigger than myself. As Lions will tell you, ‘Where there is a need, there is a Lion.’ ”

Those Who Make a Difference