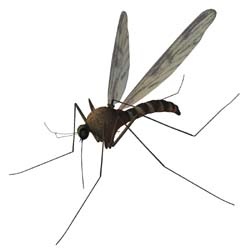 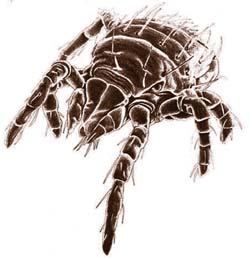 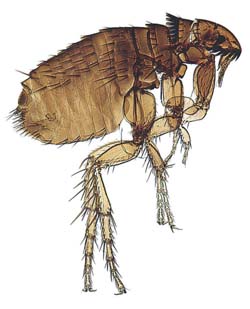 Along with the pleasures of summer come its inevitable nuisances — biting insects, such as mosquitoes. It’s just amazing how much “common knowledge” about mosquito control is dead wrong.

Nor do those ultrasonic mosquito repellents actually work, according to the Environmental Protection Agency. The Texas Department of Agriculture also found that the repellents certainly don’t repel fire ants. The test device soon became covered by a fire ant mound.

And garlic? I’ve always put a lot of faith in garlic, having seen it recommended to repel flies and mosquitoes for hours, if not days. Wrong, all wrong. Garlic may repel humans at times, but not insects. Incense doesn’t work either, and neither do bug zappers, which may kill many bugs, beneficials as well as pests, but few mosquitoes.

What does work is eliminating all standing water, even tiny amounts, because mosquitoes can breed in as little as 5 ounces. Any remaining water can be treated with mosquito dunks, available at many garden centers and feed stores. These doughnut shaped dunks contain Bt (Bacillus thuringiensis v israelensis). When placed in water, they kill mosquito larvae before they can breed. I break them up into smaller quantities for lesser amounts of water (as in bird baths and pet water) and replace them monthly. They are safe to use around pets and wildlife.

Replacing porch lights with yellow bug lights will help; they attract fewer mosquitoes, but they don’t repel them.

Mosquitoes are basically nocturnal, so prime time for mosquito bites is dusk till dawn. Dawn is the riskiest, so take precautions if you intend to be outside then. Wear loose and light-colored clothing, because mosquitoes are attracted by body heat. You can also treat your clothes with permethrin repellents, but don’t get any on your skin. Avoid wearing perfume, cologne, aftershave or even fragrant hairsprays, because mosquitoes can’t see well but are drawn to humans by odor, body heat or the carbon dioxide in our breath. We can hardly stop breathing, but we can at least try not to attract mosquitoes by smelling too good.

One of the most effective mosquito repellents for topical use contains DEET, but many people prefer those that contain other active ingredients such as catnip oil extract, nepetalactone or citronella.

Pesky as they are, mosquitoes are like a day in the country compared to the real scourge of the South: chiggers. The itch of a chigger bite, according to columnist Calvin Trillin, “lasts just short of eternity and the only thing that can stop it ... sometimes ... is amputation.”

Again, most of what you always heard about chiggers turns out to be false. They don’t burrow under our skin and drink our blood, and  you can’t smother them by painting nail polish on the bite. Nor does putting Lysol in your bath water do anygood.

Chiggers aren’t insects; they are larval forms of tiny mites. The chigger bites and then hangs on, injecting digestive enzymes into your skin. The skin hardens and forms a tube-like structure through which the chigger feeds. The welt forms around this structure, causing that tormenting itch. The chigger will remain on the skin for three or four days if allowed, but it’s easily dislodged by rubbing or scratching. However, the itch doesn’t go away when the chigger does; the skin’s allergic reaction to the enzymes will last a week to 10 days. You aren’t supposed to scratch the bite, of course; doing so with dirty fingernails can cause secondary infection. There are topical preparations containing benzocaine that may give some relief for a few hours.

McLennan County Master Gardener Lynn DeMuynck is something of a chigger expert, having suffered chigger bites outside her home in Crawford. She has tried practically every remedy known to man, and knows what works for her: treating her yard with sulphur pellets. She recommends a an anti-itch cream to relieve the annoying aftermath of chigger bites.

If you must walk in tall grass in summer, I recommend flowers of sulphur, available at most drugstores, dusted on and inside your shoes. Be sure to wear long pants and socks, even if it’s 100 degrees outside; better too hot than chigger-bitten. Once out of the danger zone, brush yourself thoroughly and bathe immediately. Wash your clothes too, as the chiggers might still be on them. If you’ve ever been bitten, you know you can never be too careful.

The final item in the summer pest round-up is fleas. If your pets ever go outside, you need to treat them for fleas. Fortunately, some really effective flea controls are available. Opt for the more expensive ones, available at the vet’s office, rather than the cheap supermarket versions, which may not work.

Be sure to also treat pet bedding, as well as the rest of the house, because fleas spend part of their lives off the animal. They lurk in carpets, upholstery and even curtains. Vacuum thoroughly and empty the vacuum bag outside, in the trash. Wash pet bedding using hot water. Shampooing the carpet after vacuuming will help a lot; if the problem is severe, you may even want to have the curtains cleaned.

Follow up with a handheld aerosol containing an insect growth regulator that will prevent the fleas from reproducing. Kill the eggs and immature fleas by sprinkling diatomaceous earth on the carpet and behind furniture; it not kills fleas and cockroaches

Flea control isn’t easy, but with vigilance, it can be done. Your pet will be much better off, and so will you.

Garden writer Judy Tye is a McLennan County Master Gardener who enjoys drawing and cooking when she’s not outside in the garden. She says she knows how to garden much better than she does garden.