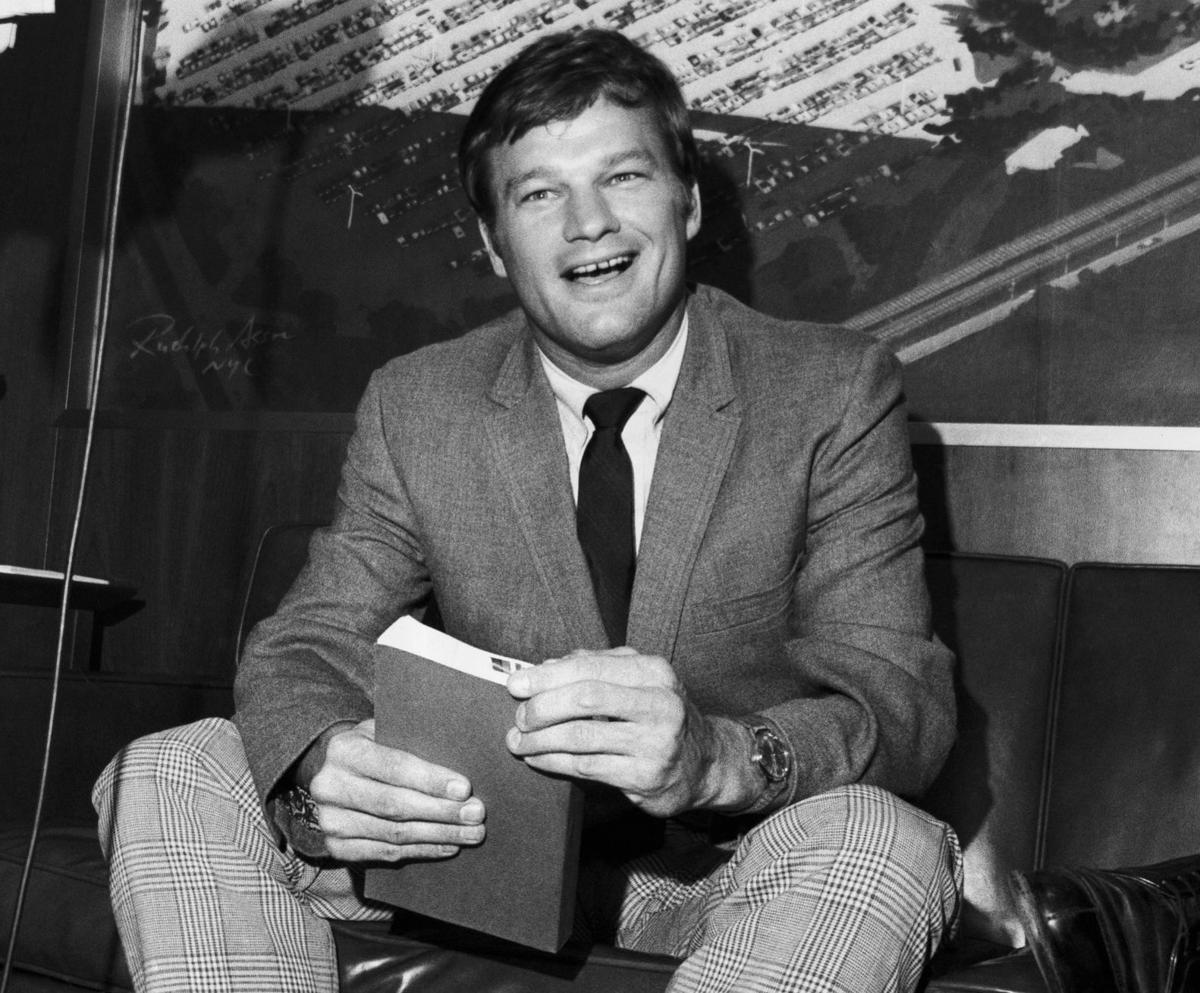 Jim Bouton has proven to be a man of many talents — pitcher, artist, writer, commentator, activist. A new biography addresses these parts of the man who wrote “Ball Four.” 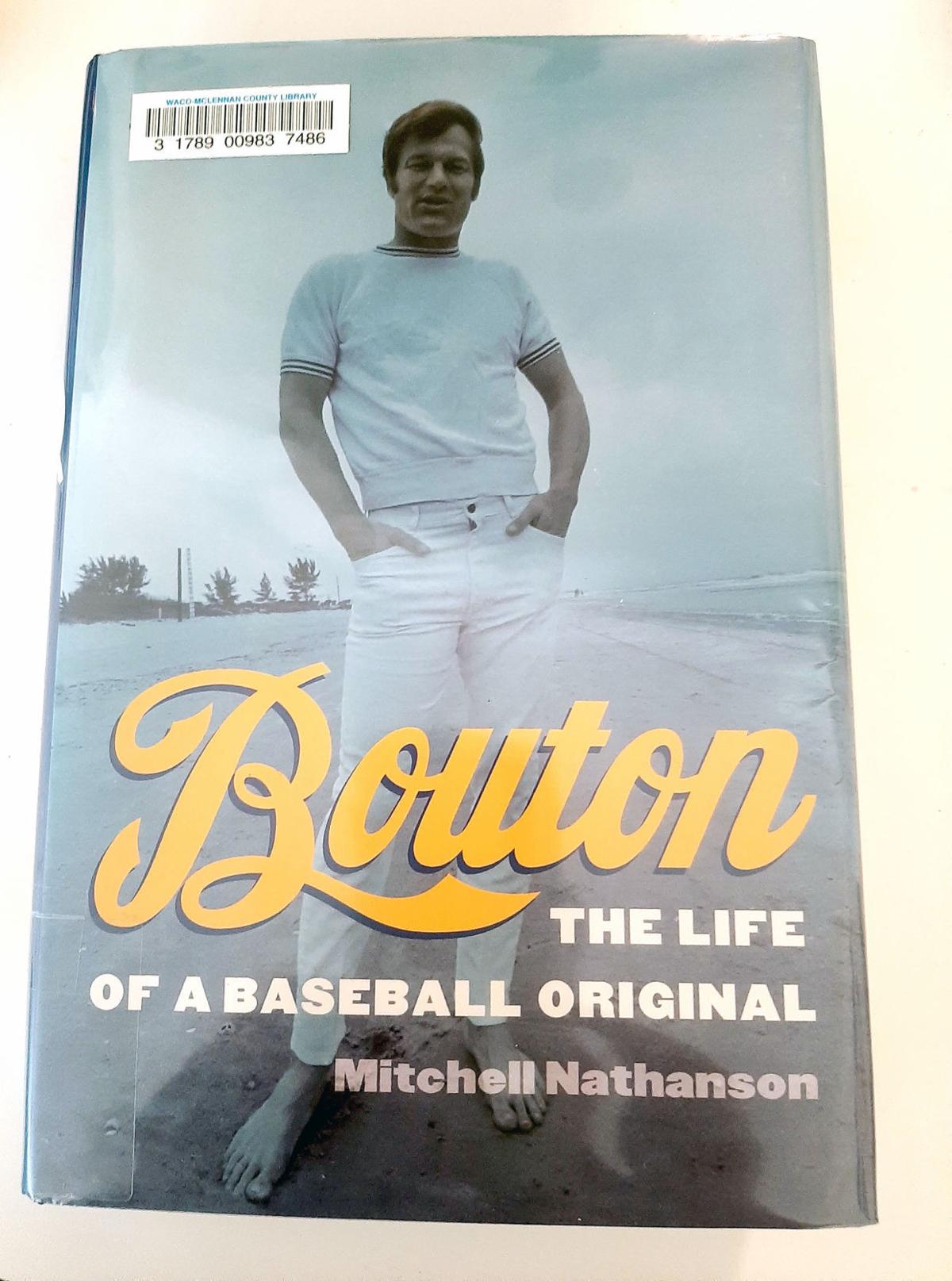 As I entered eighth grade in 1970, I unknowingly began sowing the seeds for my life’s work by reading sports books.

Like most sports books, this series glorified athletes and the game they played.

Then I came across a book with a most unheroic title: “Ball Four” by major league pitcher Jim Bouton.

As I began reading, it quickly hit me that this wasn’t anything like the young adult books I’d read before.

Bouton wrote about Yankees slugger Mickey Mantle hitting a homer with a hangover, Yankees catcher Elston Howard teaching pitcher Whitey Ford how to doctor a baseball, and players taking amphetamines called greenies to boost their energy as they played a 162-game schedule.

Bouton wrote of his squabbles with management, which held all the power in contract negotiations before free agency came along in the mid-1970s.

Bouton wrote about the constant anxiety that ballplayers faced as they tried to hang on in the majors. Nobody knew that better than Bouton, who won 21 games for the Yankees in 1963 and 18 in 1964 before arm injuries made him a marginal player for the next six seasons.

He had gone from winning a pair of World Series games against the Cardinals in 1964 to a struggling pitcher on the fringe of big league baseball in 1969 with the expansion Seattle Pilots and the Houston Astros.

Pro athletes had written behind-the-scenes books before like pitcher Jim Brosnan’s “The Long Season” that was released in 1960 and told the inside story of his 1959 season with the St. Louis Cardinals and Cincinnati Reds.

But his book wasn’t nearly as funny, bold or frank as Bouton’s “Ball Four.” It was so frank that many of his former teammates wouldn’t talk to him after it was released and MLB commissioner Bowie Kuhn tried to make the public believe it was fiction.

During a game against the Cincinnati Reds in 1970, Pete Rose derided him as Shakespeare with an expletive attached to it.

Obviously it wasn’t fiction and the public ate it up. It became a best seller that has sold more than five million copies. The book is so historically important that it was the only sports-themed book named to the New York Public Library’s 1996 list of Books of the Century.

Fifty years after “Ball Four” was released in June 1970, Bouton’s life story is revealed in “Bouton: The Life of a Baseball Original” by Villanova law professor Mitchell Nathanson.

It’s a well-researched and fascinating read that tells how the free thinking Bouton always marched to the beat of his own drummer.

Well before he became a major league pitcher, he was a painter who dabbled in water colors. Before the 1968 Olympics, he showed his growing political side by traveling to Mexico City to lobby for the exclusion of racist South Africa from the Games, and wrote about his experience for Sport magazine.

Despite the negative reaction to “Ball Four” from former teammates, he followed up with the sequel humorously titled “I’m Glad You Didn’t Take it Personally.”

Following his release from major league baseball in 1970, he transformed from author to a popular TV sports anchor in New York City. He hated dryly reading scores of games. He found more interesting stories like going to Harlem’s famed Rucker Park to do a feature on the city’s best streetballers.

Watching him on the air in the 1970s, future ESPN anchor Keith Olbermann credits Bouton for providing the model for the irreverent attitude that many sports anchors took toward sports in the following decades.

But Bouton never lost the bug for baseball and began his comeback in the minors by developing his knuckleball. One of his stops was the independent league Portland Mavericks, which perfectly fit a maverick like Bouton.

The Mavericks had a reputation as a rowdy bunch that had little regard for the rules. But Mavs manager Frank Peters told Bouton that he did have one team rule that couldn’t be bent: If you were going to smoke dope, you had to do it in the back of the bus.

The 39-year-old Bouton miraculously made it back to the majors in 1978 with the Atlanta Braves, and won a game against the San Francisco Giants with a solid six-inning performance.

Though he was always rocking baseball’s boat, he always kept a hand in the game. Former Mavericks teammate Rob Nelson came up with Big League Chew, bubblegum that looked like it was in a chewing tobacco pouch. Bouton helped get Big League Chew packaged and trademarked, and they both made a fortune.

In 2000, Bouton fought to keep an old minor league ballpark in Pittsfield, Mass., from being demolished. Then he helped Wahconah Park, which was built in 1892, host a baseball game with uniforms and rules from that era. His wife, Paula, even got into the spirit by holding a sign arguing for women’s suffrage.

Bouton was 80 when he died in July 19 after a long struggle with brain disease.

One of his lasting quotes from “Ball Four” was “You see, you spend a good deal of your life gripping a baseball, and it turns out it was the other way around all the time.”