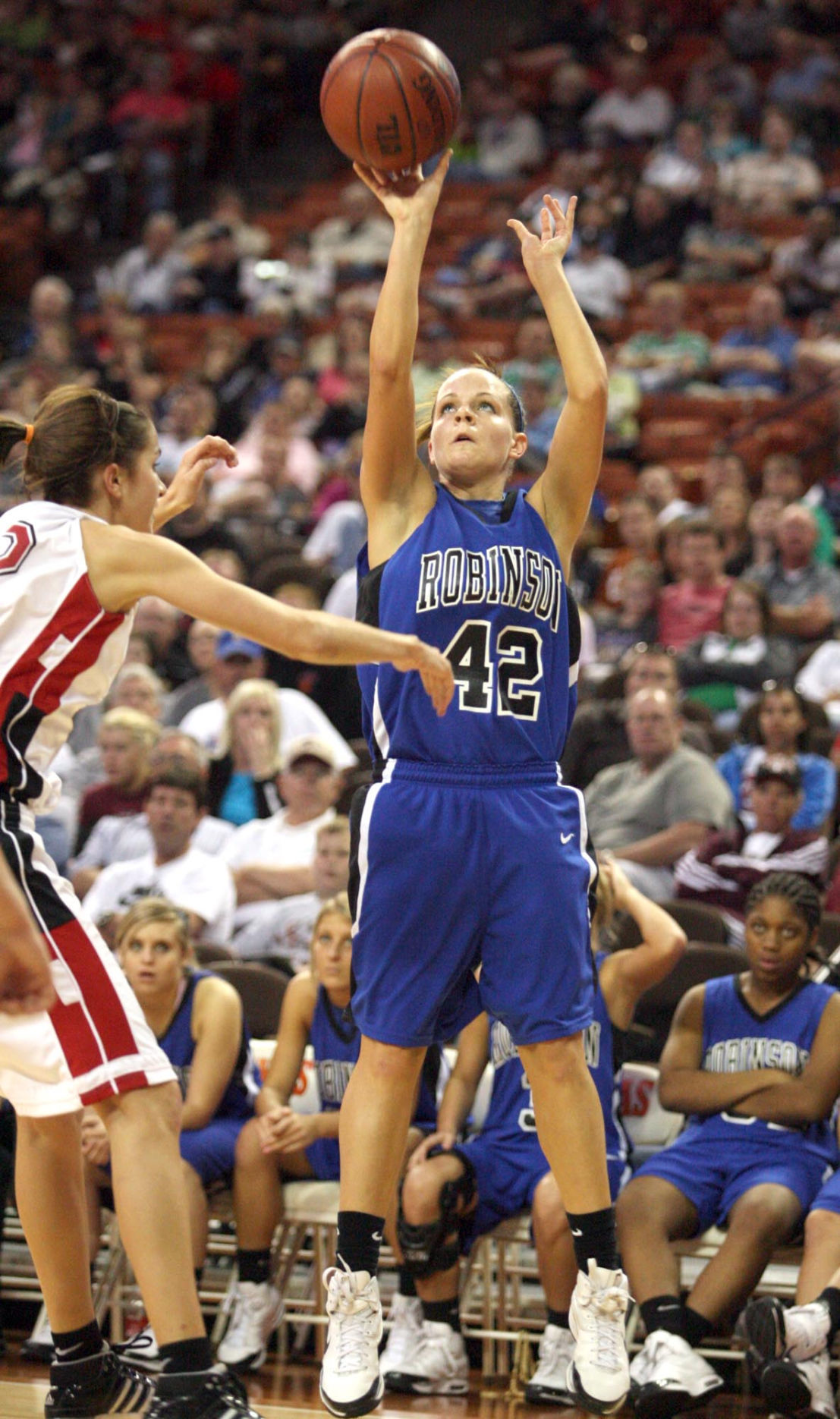 Robinson point guard Ashley James shoots over an Argyle player in the state championship game in 2009. 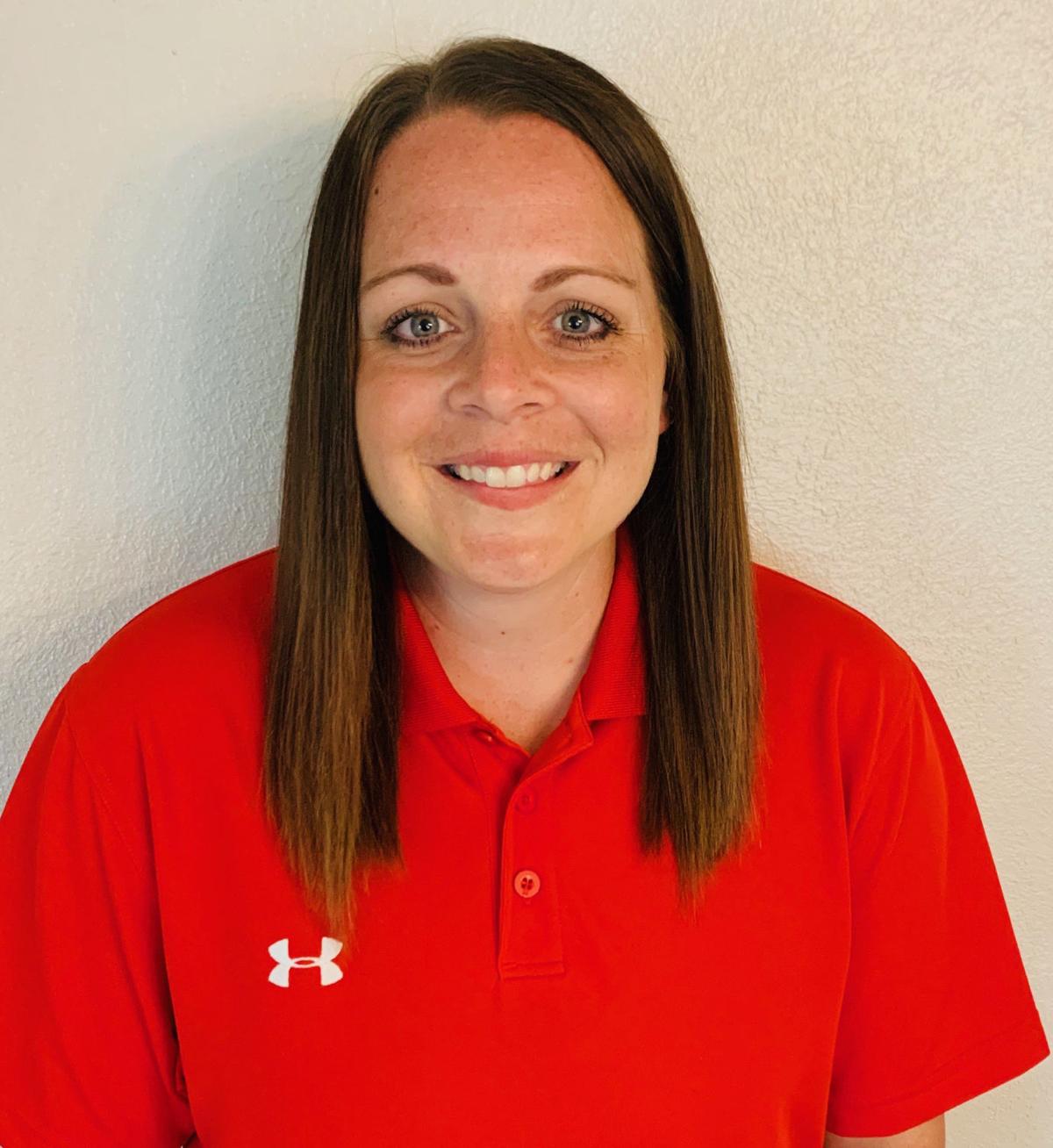 The 2008-09 Robinson girls’ basketball team had a lot of great pieces.

They seemed to have shooters everywhere, especially in guards Mackenzie Roach and Hannah Abbe. They had a do-it-all small forward in Alex Alexander and a center who controlled the paint and won state-championship-game MVP honors in Rachel Hargis. They even got a lot of quality minutes off the bench.

Robinson coach Brenda Gomez brought it all together with the help of the kind of point guard that wins titles.

Rockets senior Ashley James wanted to be a coach for as long as she can remember. That was obvious as she combined savvy with competitiveness and athleticism during Robinson’s run in 2009. She credits Gomez for giving her the tools she needed both on the court and going forward into her chosen profession.

“I still think Coach Gomez taught me an incredible amount,” James said. “She’ll never admit it. She’s the most humble human being in the world. I learned the most about basketball from her. I think she prepared me for the emotional side of the game more. … She prepared me as a player to take on that role. I think that came from being a point guard for her, being the captain and her coach on the floor. I think that ultimately prepared me to be a coach.”

James still has that combination of fire and basketball acumen, as evidenced by her thriving coaching career.

In late April, James was hired by Class 5A Lubbock Coronado as its varsity girls’ basketball coach.

The Robinson alum had previously served as an assistant at Amarillo Palo Duro and Lubbock Monterey high schools. She went straight into coaching after her playing career at Angelo State, where she was a graduate assistant during the 2013-14 season.

In the same way that she soaked up hoops knowledge from Gomez at Robinson, James has been a willing pupil as an assistant coach.

“(Palo Duro coach A.J. Johnson) especially in my first year, he taught me more about coaching kids that come from so many different backgrounds,” James said. “He prepared me completely for that.

“I have never met a classier human than (Monterey coach Jill Schneider). She prepared me for the administrative side – how to be a public face, how to talk to the media, how to talk to parents and especially when they get a little bit irate.”

Not surprisingly, James also took the opportunity to learn from a rising coaching star in her time at Angelo State. Her grad assistant year coincided with the year current Texas Tech coach Chris Bear spent in San Angelo as Angelo State’s men’s coach.

“We used to laugh back then, ‘He’s going to go big time,’” James said. “He let me sit in on their practices. I would sit in the stands and watch. And I sat in a couple of their coaches’ meetings. I’ve never met someone that carries himself the way he does. It’s both confident and very knowledgeable but also loving. He’s extremely hard on his coaching staff and his players. He has very high expectations, he wants perfection. However, he’s also the most loving individual and he takes care of anybody.”

Like with everything else, the response to the coronavirus has complicated James’ entry into head coaching. As of mid-week last week, she had only been able to communicate with the girls’ basketball team at Coronado via phone and internet conferences.

Even so, James is looking forward to the challenge of coaching in a region where girls’ basketball has long been a passion of fans. She said she immediately noticed how many schools had die-hard fans and has seen throughout her career how challenging it is to beat West Texas teams in the playoffs.

“It’s amazing,” James said. “It’s also a little nerve-wracking going into my first year as a head coach because there’s an expectation to be successful here. At the same time, it makes it so much more fun.”