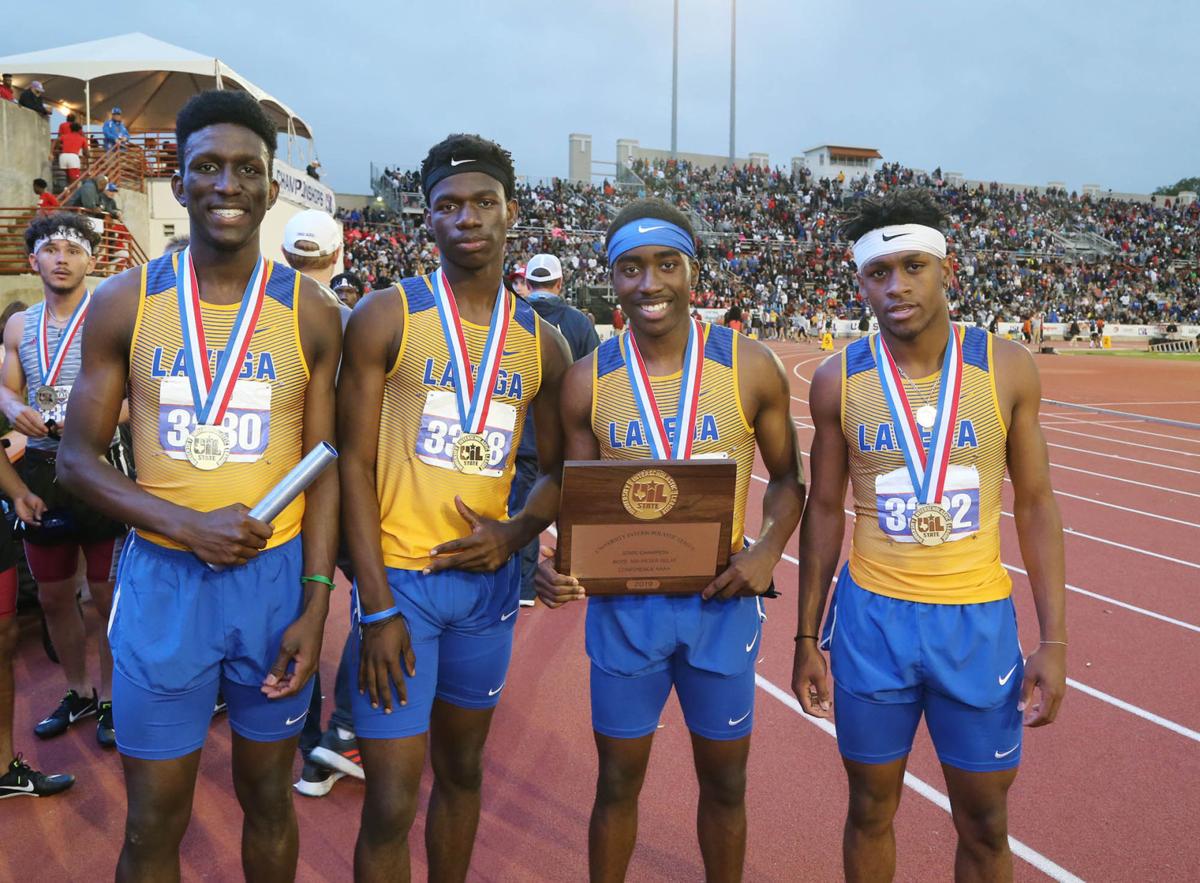 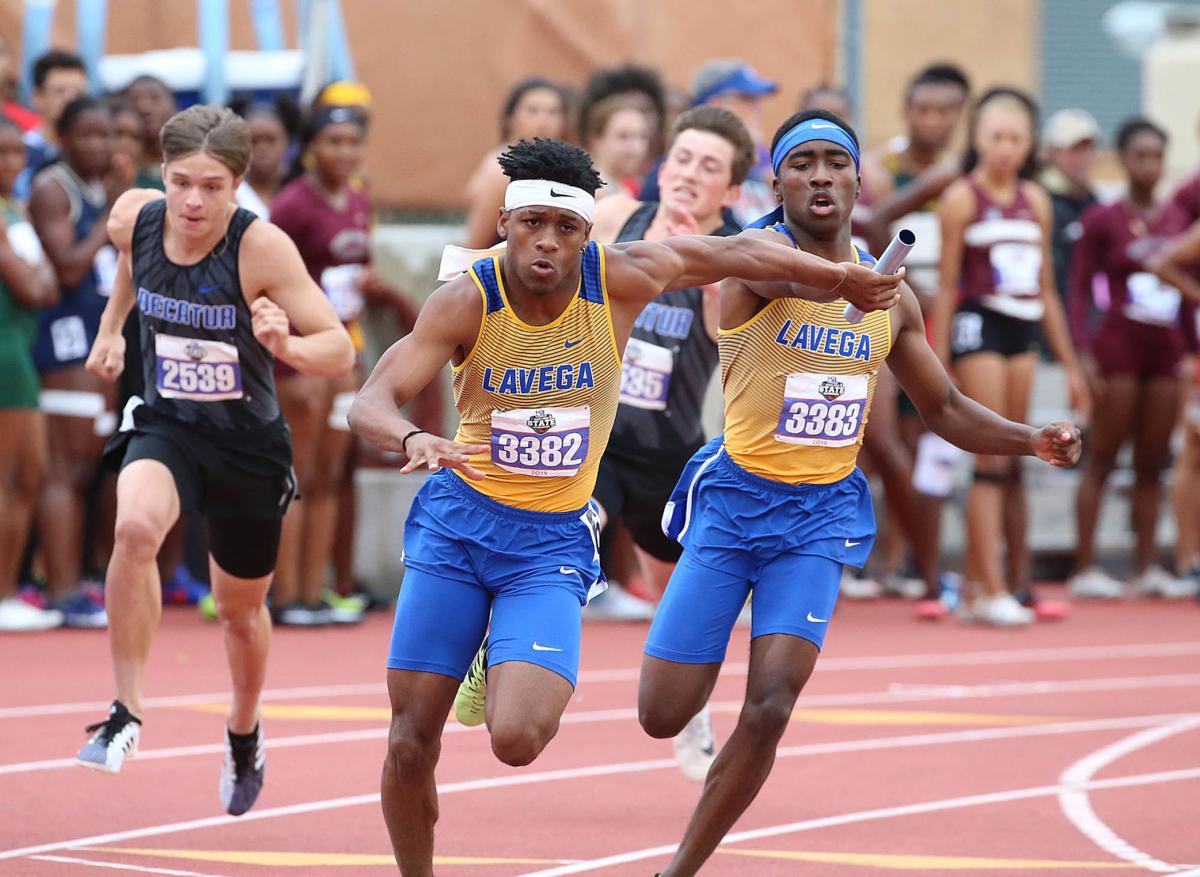 La Vega’s Quintaveon Mason hands off to Jesse Majors-Sterling for the final leg of the 4x100-meter relay at the 2019 state meet. The Pirates’ sprint relay set a school record at 41.1 seconds in the event.

Packing and planning for the UIL Track and Field State Meet is always a challenge.

Will the weather be burning hot or surprisingly chilly? Will there be rain delays? What time is best to arrive for the good parking spots? How long will it last?

But one thing is very predictable. At the end of the night, under the bright lights of Mike A. Myers Stadium with the Austin skyline in the background, there will always be some big smiles coming from the mile relay champs and the kids hoisting team title trophies.

Last May, that group included the La Vega Pirates boys’ track team, who pulled away from the pack and won the Class 4A team championship.

“It was special to see those kids with big smiles on their faces,” La Vega track coach Chris Ward said this week. “So many years, so many months working for that moment. To be able to bring that first (track) championship back to La Vega was huge. Personally, I sat there with my wife and my daughter. We sat there on the high jump mat and watched them. That was a moment of pure joy.”

The 2020 state track meet was scheduled for this weekend in Austin, but it has been canceled along with the ends of the basketball and soccer seasons and all other spring sports.

The response to the coronavirus means that there will be no bright, shining smiles of victorious high school track athletes this weekend. They’re left wondering what might have been.

But at least the Pirates can look back on their championships run of 2019.

La Vega scored valuable points in the field and individual running events, but the Pirates ultimately won the team title on the strength of their relays.

The team of DeMarrquese Hayes, Terrance Hogan, Quintaveon Mason and Jesse Majors-Sterling won the 4x100 in a school record time of 41.1. Mason, Hogan, Sol’Dreveon Degrate and Majors Sterling sprinted to victory in the 4x200 and Mason, Deoveyea Jackson, Jeffrey Nickerson and Degrate claimed victory in the mile relay.

Ward said a big factor in La Vega winning the team championship was that the Pirates stayed healthy throughout the track season. But an equally important piece was the approach the athletes took to their craft.

“We had a great group of kids last year that came to work every day,” Ward said. “They took care of their grades. They didn’t miss practice. As the year continued to evolve, they just got better and better and better. They developed a chemistry together.”

Whether La Vega could have put together another run like that this spring will forever be a question mark.

“You always have to get lucky to go down there and win the state meet,” Ward said. “But I felt like we had as good a chance as anybody else. Looking at the first couple of meets, we were on the same pace as last year. I don’t think we could’ve duplicated the times that we ran last year in the 4x100 and 4x200. In the 4x400 we had a legitimate chance. If we weren’t the favorite, we would’ve been in the top 2 or 3.”

On the positive side, La Vega will return the athletes who ran in 11 of the 12 relay spots in this lost season. Ward said the experience of winning the state title was showing in some of his athletes, like Majors-Sterling, a sophomore, and Degrate, a junior.

Unfortunately, the senior Nickerson had the final season of his high school career wiped out.

Nickerson, who made the regional finals in the 400 and mile relay as a freshman and won the state title in the mile relay as a sophomore and junior, is still weighing his options for running college track.

Unlike college spring sports athletes, who have the chance to return for their senior season in 2021, high school seniors are forced to move on.

“Losing him is going to hurt,” Ward said. “I hate what he’s had to go through losing his senior year.”