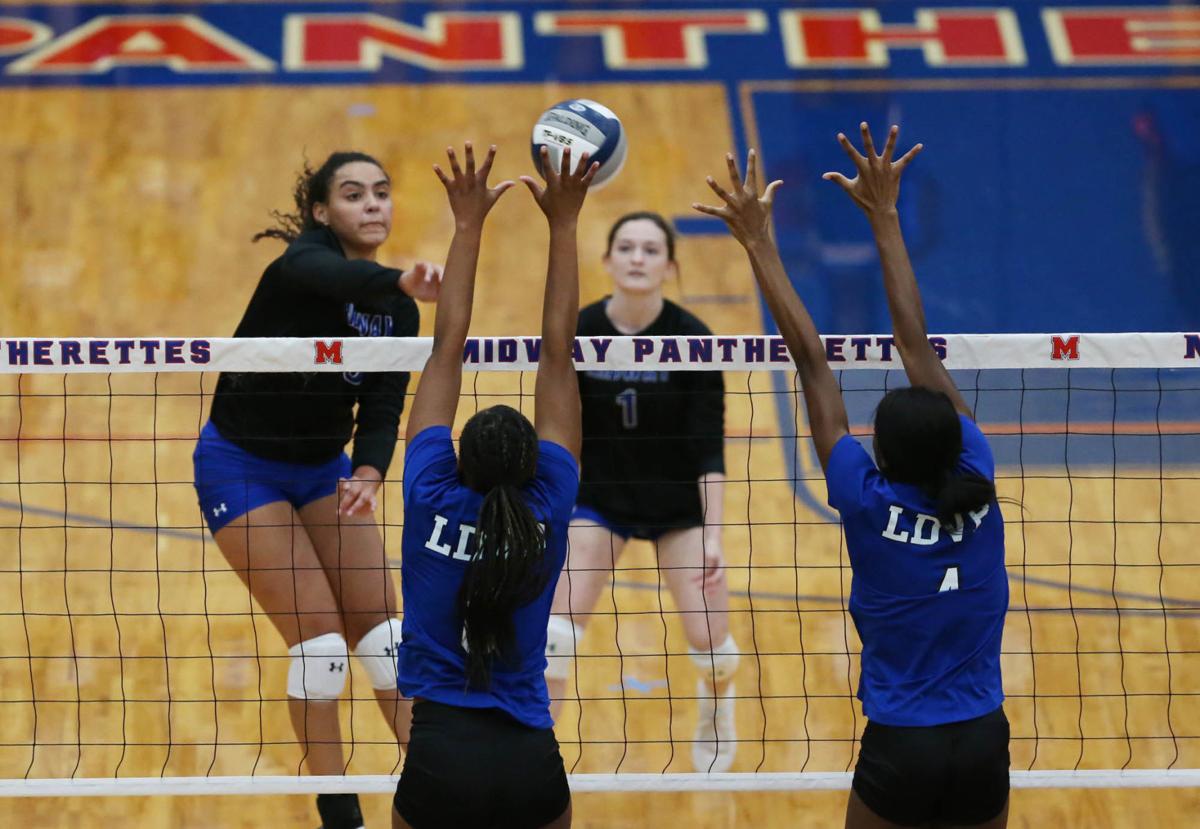 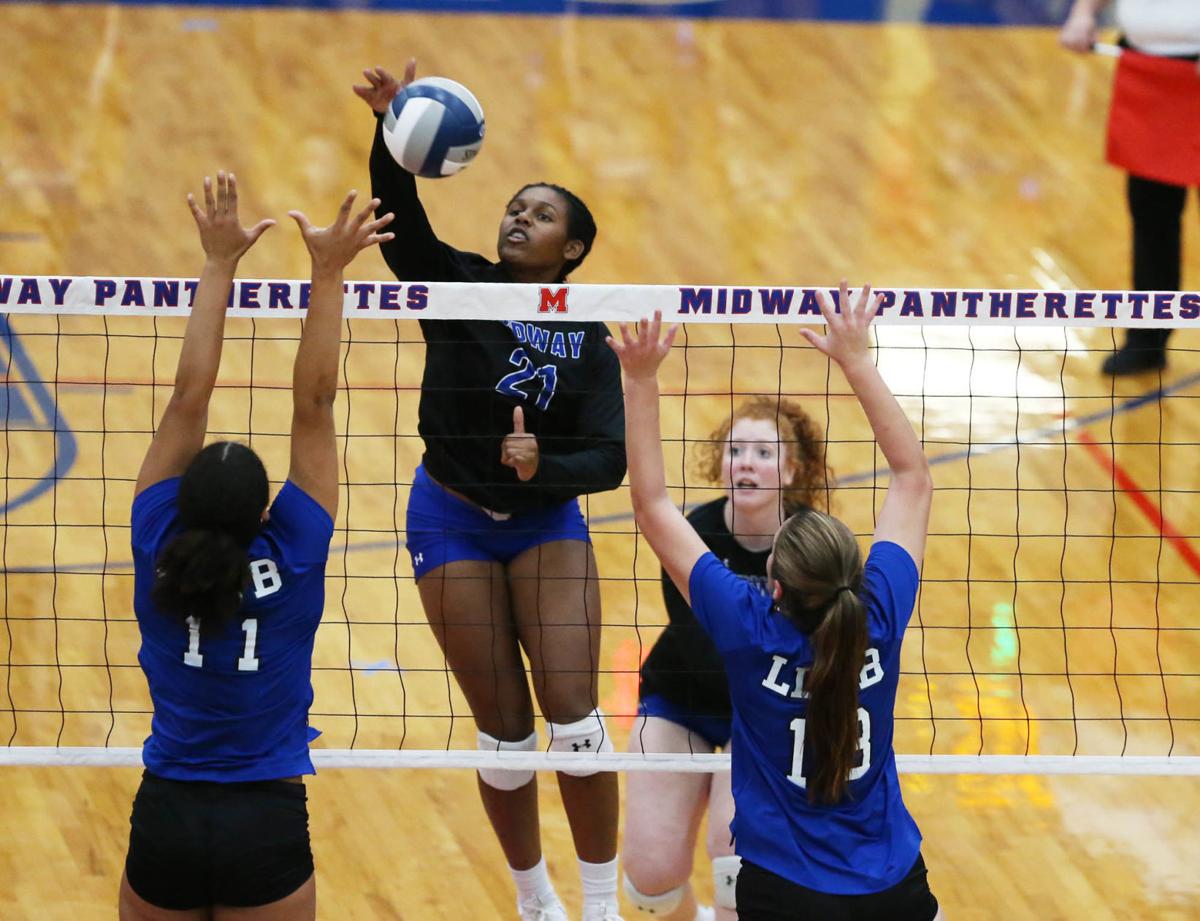 Throughout its battle with Copperas Cove for District 12-6A supremacy, Midway proved far too charitable, giving away points with service or hitting errors and rotation infractions. In the second set alone, Midway committed 19 unforced errors.

The win puts Midway (13-20 overall, 3-0 in district) in the driver’s seat in the early positioning for a potential district title. The gritty and talented Lady Bulldawgs drop to 21-9 and 3-1.

Midway doesn’t rely on one heavy-handed thumper. There’s not a Hannah Langerman or an Allye Beth Deaton soaring through the air on the outside. But the Pantherettes’ overall depth made a difference in this one, said Midway coach Ryan Porter.

Reese would be Midway senior Reese Rhodes, the Texas Tech-committed setter who delivered another monster effort again Tuesday. Reese’s pieces of contribution were sweeter than a chocolate and peanut butter candy bar. She naturally flicked well-placed sets to the pins throughout the match, finishing with 21 assists, but she also frequently took over as the Pantherettes’ most productive hitter. She blasted a match-high 24 kills, including seven timely ones in the closing fourth set.

“She’s easily a top-five setter in the state of Texas – she may be a top-five hitter as well,” Porter said of Rhodes. “She’s never been forced to hit a lot. So, she does whatever we ask. She’s amazing. She really is an amazing kid.”

The score see-sawed back and forth throughout the first two sets, but Midway found the beat as the match progressed. With things tied at a set apiece, the Pantherettes jumped out to a 16-7 lead in the third, the widest margin of the match to that point. Senior Isabel Glasson delivered a pair of well-placed kills in that stretch, and sophomore Kennedy Carter displayed deft timing on a block of Cove’s hard-hitting Leah Powell.

Cove pushed back. The Lady Bulldawgs waged a 9-4 run to pull to within 22-19 late in the set. But Gabby Jones and Rhodes teamed up on a big-time block, and moments later Midway picked up set point when the Lady Bulldawgs sailed a spike wide, out of bounds.

With the momentum in hand, the Pantherettes didn’t release their grip. Sensing blood, they surged out to a 9-3 lead in the fourth, punctuated by a Rhodes cross-court hammer.

Again, Cove fought back, pulling to within 14-12 after an Emily Vanderpoel ace and a lift call on the Pantherettes.

Midway still had a closing run in reserve, though. The Pantherettes scrambled effectively on defense and tightened up their passing – which was sometimes erratic earlier in the action – and picked up the win in the end. Rhodes had a defense-befuddling dump to give the Pantherettes match point at 24-16, and then Glasson closed things out seconds later with the decisive kill through the Cove block attempt.

Porter’s roster includes five sophomores, and he’s impressed with how they continue to grow and mature.

“I think at any given point, we had four sophomores on the court,” the coach said. “So, four sophomores and two seniors. Our defense is anchored by (senior) Emma Wachsmann, she does a great job. Loryn Canham and Reese step out and they kind of lead for those sophomores to develop and grow. Isabel Glasson is another solid senior for us. We’re really proud of them.”

One of Midway’s sophomores is Trinity Alcorn, who didn’t start out the year on varsity but was promoted after the tournament season. Alcorn finished second on the team with 13 kills, mixing nicely between haymakers and jabs. Glasson chipped in nine kills.