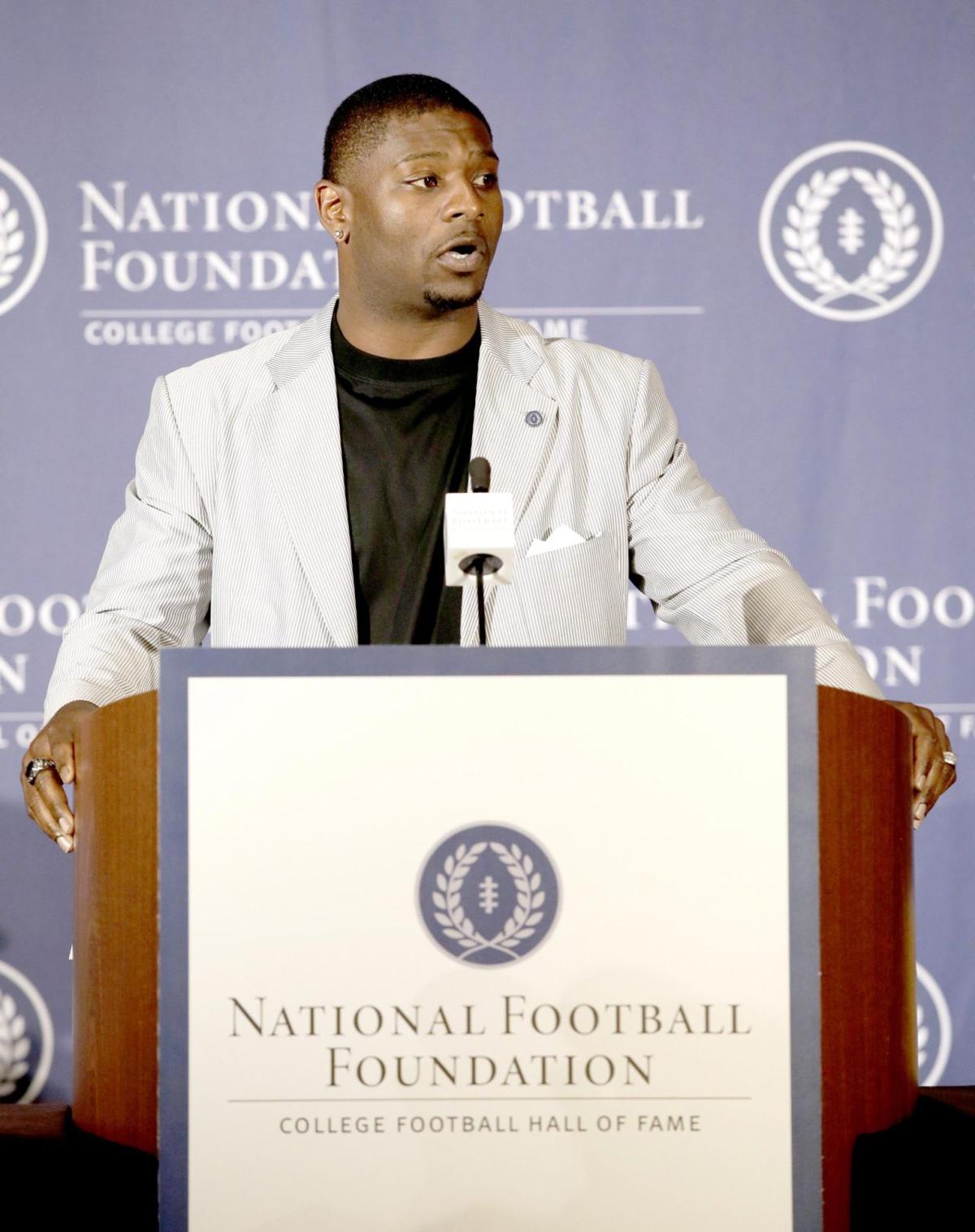 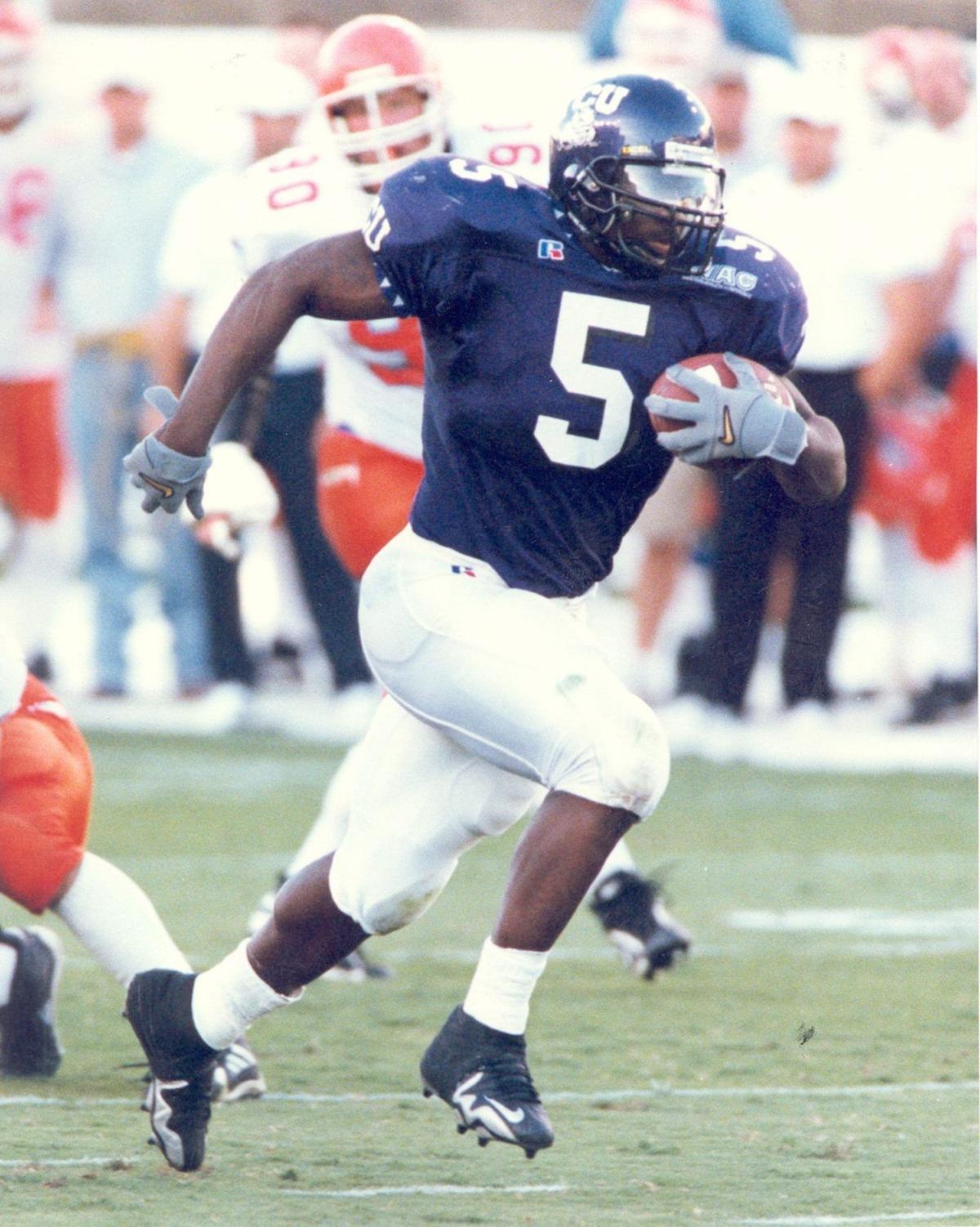 Growing up in nearby Rosebud, LaDainian Tomlinson never had the body type to realistically dream of a future in football. He was under-sized, and in a sport that at that time favored a stalky running back with power, it seemed a long shot at best.

But here is Tomlinson, one of 14 players to be inducted into the 2014 National Football Foundation’s Collegiate Football Hall of Fame on Tuesday. This comes as no surprise to Leroy Coleman, Tomlinson’s head coach at University High School and current assistant coach at La Vega.

“He was always a hard worker and his mom knew that he was talented,” Coleman said. “If he got something in his head and wanted to do it, he would do it. His size never really mattered to him.”

Through hard work and dedication, “LT” earned a starting spot on Coleman’s squad. As a senior, Tomlinson, who did not return calls from the Tribune-Herald, rushed for 2,554 yards and 39 touchdowns. His on-field accomplishments earned him the District MVP, All-State honors and the Super Centex Player of the Year award. But his stats were not enough to gather interest from any “power” schools. Texas A&M nosed around a bit, but offered no scholarship. He looked to go the local route, but Baylor was currently under a coaching change and was in a bit of a transition.

Pat Sullivan, the Horned Frogs’ head coach in 1996, was the only coach to offer a big enough scholarship to lure the running back to Fort Worth. With Tomlinson’s mother moving to the Metroplex at that same time, it seemed to be a perfect fit.

“His size was a concern to many programs, I think,” Coleman said. “I remember thinking that he could do great things in college and beyond if he could stay healthy.”

The program seemed to be regressing at the time of Tomlinson’s arrival, with TCU only winning four games the year before. His freshman year, the Horned Frogs only won one game, eventually leading to the firing of Sullivan. The school hired Dennis Franchione in 1998, and Tomlinson’s numbers skyrocketed. Though still not the feature back and splitting carries with senior Basil Mitchell, Tomlinson rushed for 717 yards and eight touchdowns and helped lead his team to their first WAC championship.

LT would patiently wait his turn and after Mitchell graduated in 1998, his time had come. He was given the opportunity to be the feature back in an offense built around his speed and athleticism. The speedster would not disappoint. His junior campaign saw Tomlinson jolt the Horned Frogs into the national spotlight. He led the WAC and the NCAA in rushing yards with 1,974 and was second in the nation in rushing touchdowns with 20. TCU won their second-straight WAC championship as well as the Mobile Alabama Bowl and Tomlinson was named the WAC Offensive Player of the Year.

The 2000 year brought about heavy expectations both locally and nationally. TCU was picked by many to compete for a BCS bowl and Tomlinson was the centerfold. Despite a disappointing loss to San Jose State, the Horned Frogs won yet another WAC championship and LT scooped up a truck-load of hardware. He led the NCAA in rushing yards with 2,158 and 22 scores. He finished fourth in the Heisman voting, was a consensus All-American and won the Doak Walker award, an honor bestowed upon the nation’s best running back for on-field accomplishments and well as in the classroom.

His collegiate success led to him being drafted in the first round of the 2001 NFL draft. His number five, the one he wore at TCU for four years, was finally retired in 2005. That same year, Tomlinson received his bachelors’ degree from Texas Christian, fulfilling a promise he made to his mother years ago.

“His collegiate career and his hard work in those years of his life really propelled him to be the man he is today,” Coleman said. “He is a leader by example. One of the quickest, smartest and hard-working football players I have had the privilege to coach. This is a big honor for him and I know he appreciates his time at TCU.”

LT is the 11th TCU player and first since Darrell Lester in 1988 to be inducted. Also in the 2014 National Football Foundation’s College Football Hall of Fame class is former Baylor Bear Jerry Moore. Moore coached most notably at SMU and Appalachian State. His 242-143 record saw him post a losing season once in his 14 years as the Mountaineers head coach.

In a twist on the old Marine motto, Mart's John Garrett did more in four years than most pla…