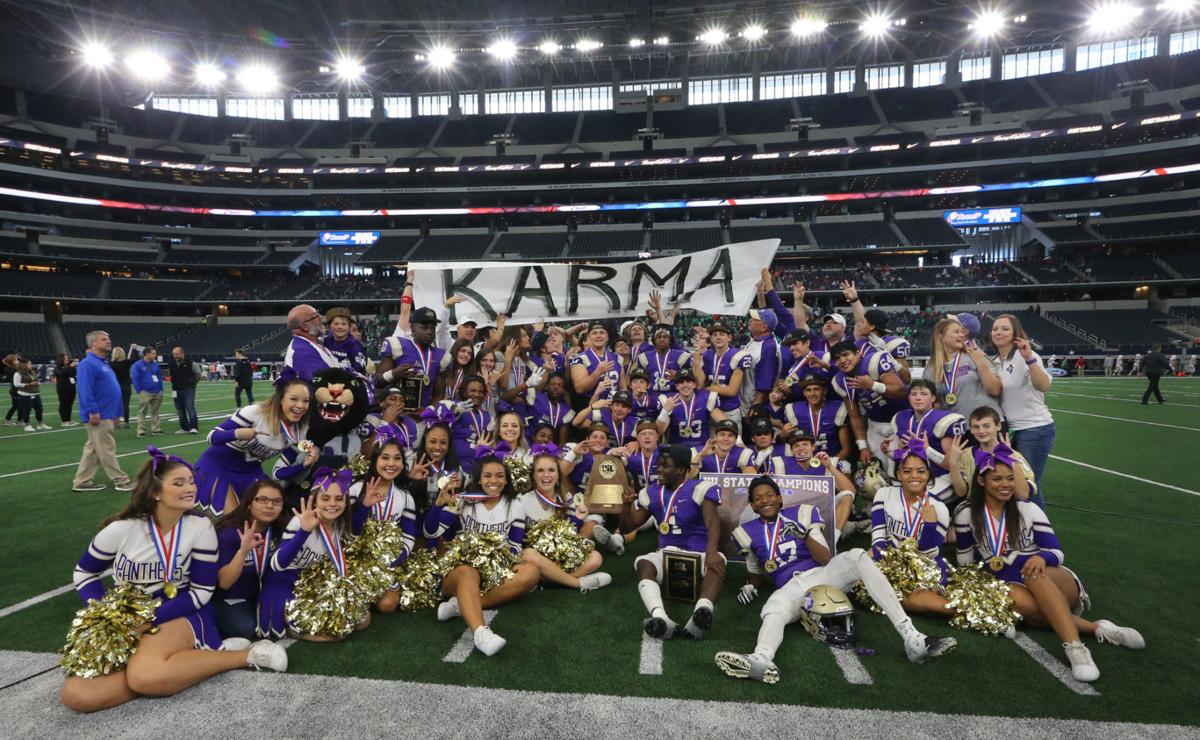 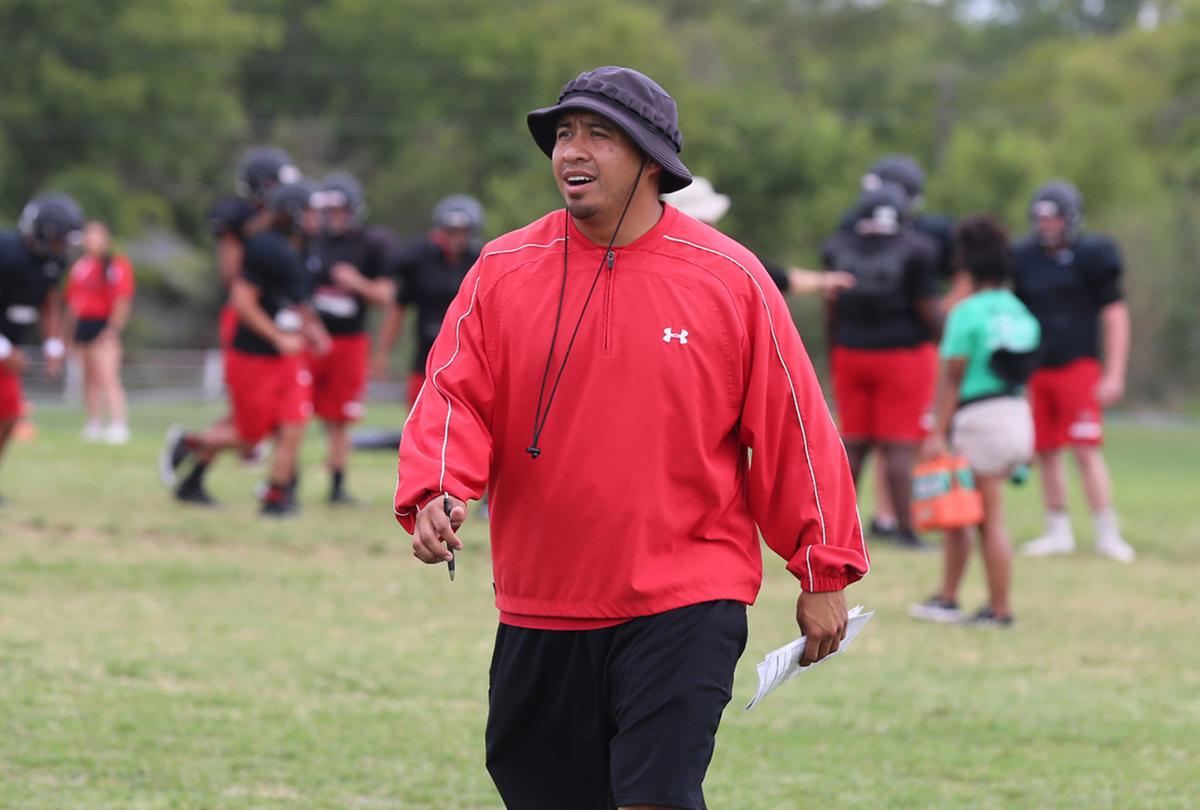 After a three-year run at Mexia, Frank Sandoval is in line to become the next head football coach at West Mesquite.

After a three-year run at Mexia, Frank Sandoval is in line to become the next head football coach at West Mesquite.

MART — A couple of weeks ago, Mart head football coach Kevin Hoffman underwent a knee replacement. As anyone who has been through such a procedure knows, it’s a grueling and often painful rehabilitation process.

But as painkillers go, giant, sparkly championship rings aren’t the worst medicine in the world.

Hoffman met with a representative from Balfour on Wednesday afternoon to go over the design for Mart’s 2019 Class 2A Division II state championship rings. It’s become a (pleasant) annual ritual, considering that Mart has won the past three 2A state titles. (Hoffman also has a fourth ring from 2010, when he served as Mart’s offensive coordinator under then-coach Rusty Nail.)

What’s new this year is that some of the players are getting a say in the size and look of the rings. Seniors Kyler Martin, Tonny Sanchez and Chris Bledsoe along with junior Roddrell Freeman played key roles on all three title teams in 2017, ’18 and ’19. So they’ve been drafted to the design team, by their own request.

“This will be the first time that we let some of the kids that have been involved in all three state championships, they begged me last year and I told them if they won it again, I’d let them pick what they wanted,” Hoffman said. “There’s four guys that have been involved and have played in all three of them, so I’m not going to let them just have free run at it, but I’m going to let them have some input and the coaches will have some input.”

“Me and Coach Witt decided it may be the only time we ever get one, so we’re going to get the biggest one they got,” he said.

Of course, Hoffman laughed and quickly noted that the company’s biggest rings have roughly doubled in size since then, and he’s not kidding. In the past, he has occasionally offered input suggesting that the rings be one of the smaller sizes to make them easier to wear, but he intimated that he expects this year’s three-peat rings to be on the grander, gaudier end, given the players’ involvement in the process.

And that’s fine. Given all the work that they put in and the coaches put in, they’ve earned it, Hoffman said.

“People don’t realize that there’s a lot of work that goes on behind the scenes, on the weekends,” Hoffman said. “But this never gets old.”

Mexia’s Sandoval on the move

Mexia’s Frank Sandoval is in line to become the new head football coach at West Mesquite, pending school board approval on Thursday. The news was first reported by Matt Stepp of Dave Campbell’s Texas Football.

Sandoval went 15-18 in three seasons coaching the Blackcats, making a pair of playoff appearances. In 2019, Mexia was 7-4 overall and 5-1 in District 8-4A Div. II, finishing second in the district behind Connally.

Sandoval said it was a gut-wrenching decision, because he came to really love Mexia.

“When I first was looking at the Mexia job, I started making phone calls and went online, and we spent countless hours researching, because it’s a family decision, and I honestly didn’t find many positive things,” Sandoval said. “But when we got here, we made it our mission to celebrate our kids in a positive manner. We made it our baby. Because there’s this preconceived notion about Mexia, but … it’s a great town with good people who want their kids to be successful, and will let you push them.”

Sandoval said he wasn’t looking to leave Mexia, but the West Mesquite opportunity was “one I had to entertain, I had to listen to.” Among other things, the move will bring him closer to some family in that area.

Both of Midway’s boys and girls basketball teams remain ranked in the Texas Association of Basketball Coaches polls, as Midway is the only Central Texas school that can make that claim.

Fairfield (22-3) is the highest-ranked girls team among area squads, as the Lady Eagles are up to No. 5 in Class 4A. Other local teams dotting the rankings are Marlin (12-4), No. 20 in Class 2A, Reicher (12-9) at No. 5 in TAPPS 4A, and Abbott, which is 15-0 and sitting at No. 21 in 1A. The Lady Panthers have been clicking along, included in their run are wins over 2A teams like Rice, Frost and Hubbard. They’re the only unbeaten team in the 1A rankings.