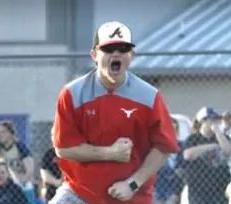 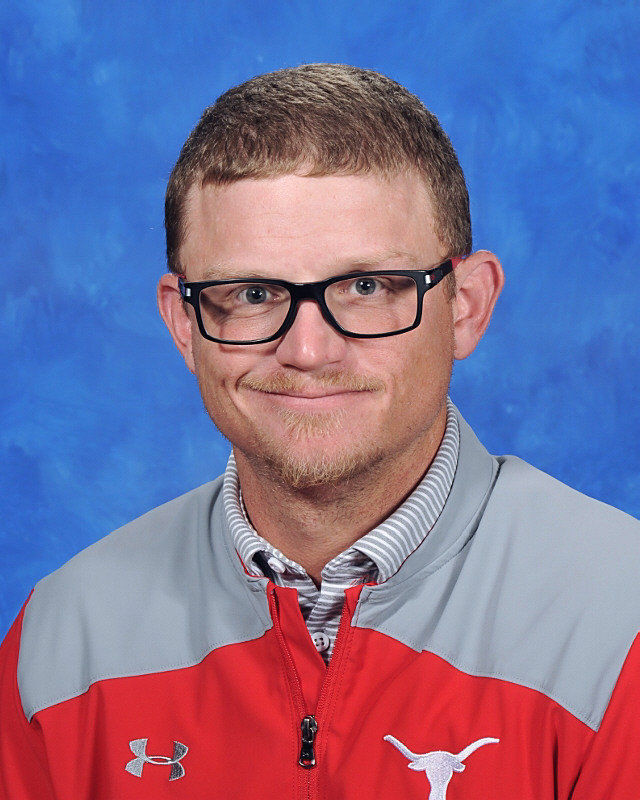 Cameron Bankston didn’t work in Axtell long, but he won’t be forgotten.

Bankston died last Thursday in a single-vehicle accident in Huckaby, Texas. The vibrant 31-year-old was in his first year as a teacher and head baseball coach at Axtell High School, and the news of his passing pierced this neighborly community.

“He was high-energy, enthusiastic, a screamer and hollerer, and the kids responded to the way he coached,” Reynolds said. “Everybody loved those antics. He left a big impact on the kids. He had a nickname for everyone – that started in football and carried over to baseball. … He was just a really good fit here.”

Students and community members in Axtell gathered at the high school baseball field on Saturday to pay tribute to Bankston. Some players left hats and gloves, and someone spelled “Fly High, Coach” with red plastic cups on the chain-link fence. “I think it helped bring some closure,” Reynolds said.

Axtell ISD will continue to make its counselors available to students, Reynolds said. The school district also has plans to create a scholarship in Bankston’s name for a senior baseball player, to be given out annually. A memorial service will be held at a later date.

The Longhorns tallied a 4-5 record in Bankston’s lone season. They had started out district at 2-0, and Reynolds said that the team was anticipating being in contention for a district championship when the season was suspended and subsequently canceled due to the COVID-19 pandemic.

“Coach Bankston’s knowledge of baseball was outstanding, he really knew his stuff,” Reynolds said. “He was really good in high school, and had the team going in the right direction. … It’s good on a coaching staff to have different personalities. You can’t all be straight-laced. He was as fiery as any coach I’ve been around, and he definitely had a good impact. That’s what we’ll miss the most.”

The Cameron Bankston Memorial Scholarship will honor a senior baseball player “who played with the same energy and excitement that Coach Bankston lived and coached with every day.” It was created with the blessing of his family in lieu of flowers or other donations.

To give to the scholarship, you may drop off a donation at the Axtell ISD office between 8 a.m. and 2 p.m. beginning Wednesday. You may also mail a donation to Axtell ISD, 308 Ottawa, Axtell, Texas, 76624.

ECA hired Frazier as its inaugural head football coach last July, and he was tasked with quickly assembling a program on the fly. The Eagles showed an impressive flight pattern, too, going 7-4 on the season with a victory over Ovilla Christian in the postseason Texas Six-Man Independent Bowl.

Now Frazier is expanding his duties, as ECA has named him as interim athletic director. He’ll continue to coach football as well, but will oversee the athletic programs at both the high school (upper school) and junior high (lower school) level. He’ll start the new position in June.

“Since the day I walked on campus, ECA has been so welcoming to me,” Frazier said. “It’s a great school to work for, from the top down. Adrielle Selke (ECA’s Head of School) is very sports-minded. They want to run with excellence, and they’re honest and up-front with what they want done.”

Frazier will follow Shannon Reynolds, who is stepping down as ECA’s athletic director at the end of the school year. She had been in that post since the high school’s formation in 2017.

Frazier also wants to build up baseball and softball programs.

“I want to make a culture,” Frazier said. “The high school has been around for three years now, and we’re trying to set a precedent for what they want – a winning mentality. Not settling for second best, that’s what I want to see there, along with growth in the high school.”

Eldorado has tapped the Midway Panthers football program for its next head coach, hiring Midway’s Jon Long for that role following a Monday school board meeting.

Long served as Midway’s offensive line coach on Jeff Hulme’s staff for the past three years. He was also head powerlifting coach. Class 2A Eldorado will be his first head coaching job.

The Eagles went 10-2 during the 2019 season and reached the area round of the playoffs.

At Midway, Long helped build up a powerful O-line that sent the likes of Hakeem White (Texas Tech), Kaitori Leveston (Kansas State), Daizion Carroll (North Texas) and Wesley Ndago (Air Force) to Division I programs over the past three years.

Nominations are open for the annual Super Centex All-Academic Team.

The team is open to senior girls and boys athletes who have lettered in at least one varsity sport and own a grade point average of 90 or better. The first team will include 10 male and 10 female athletes, including a Scholar-Athlete of the Year on both sides.

Central Texas athletic directors and head coaches may submit nominations to Brice Cherry at bcherry@wacotrib.com. They should include a list of the athlete’s sports and academic achievements, their grade point average (preferably on a 100-point scale), community service involvement, college plans, and any additional information that seems pertinent to their case for inclusion on the team.