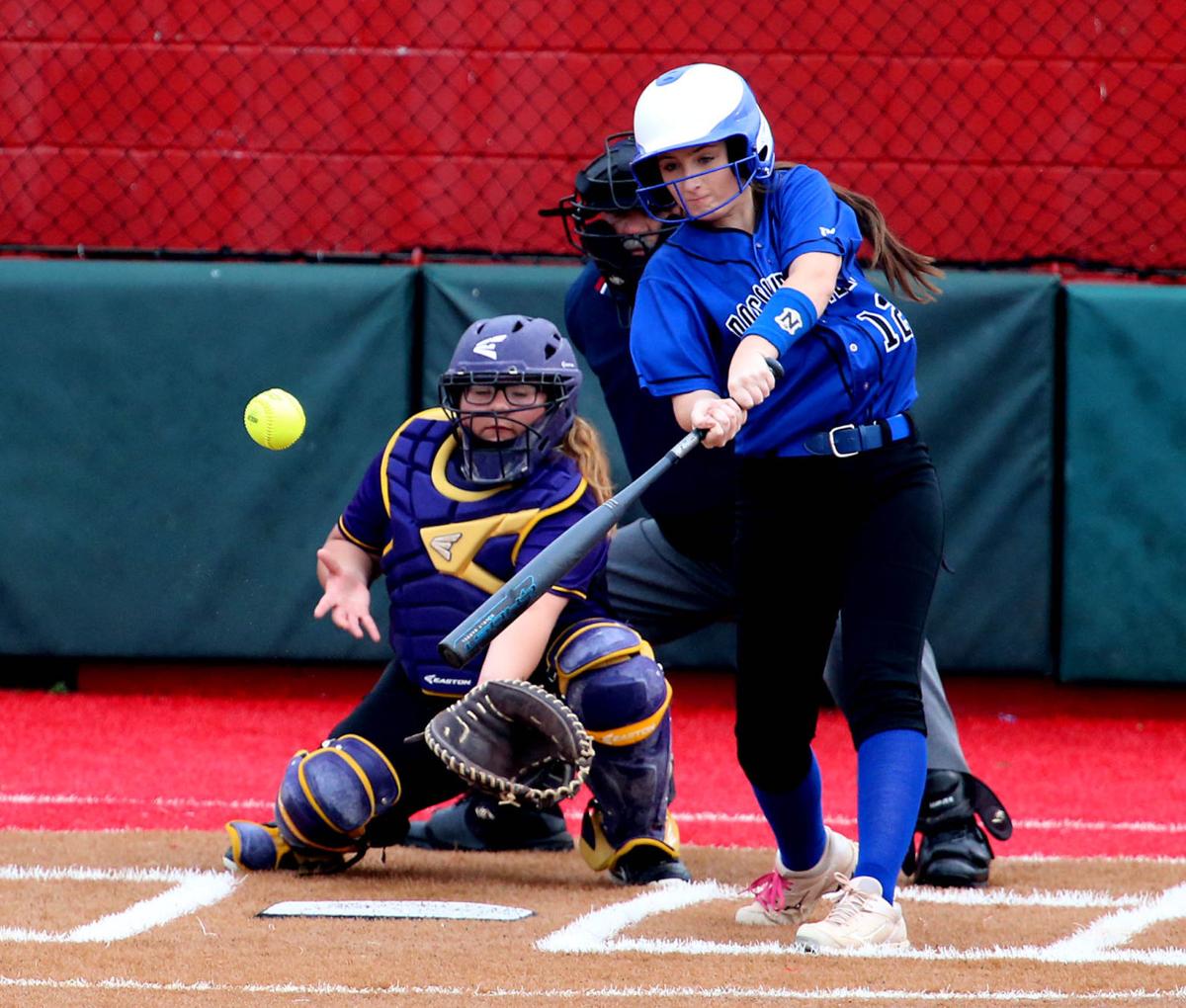 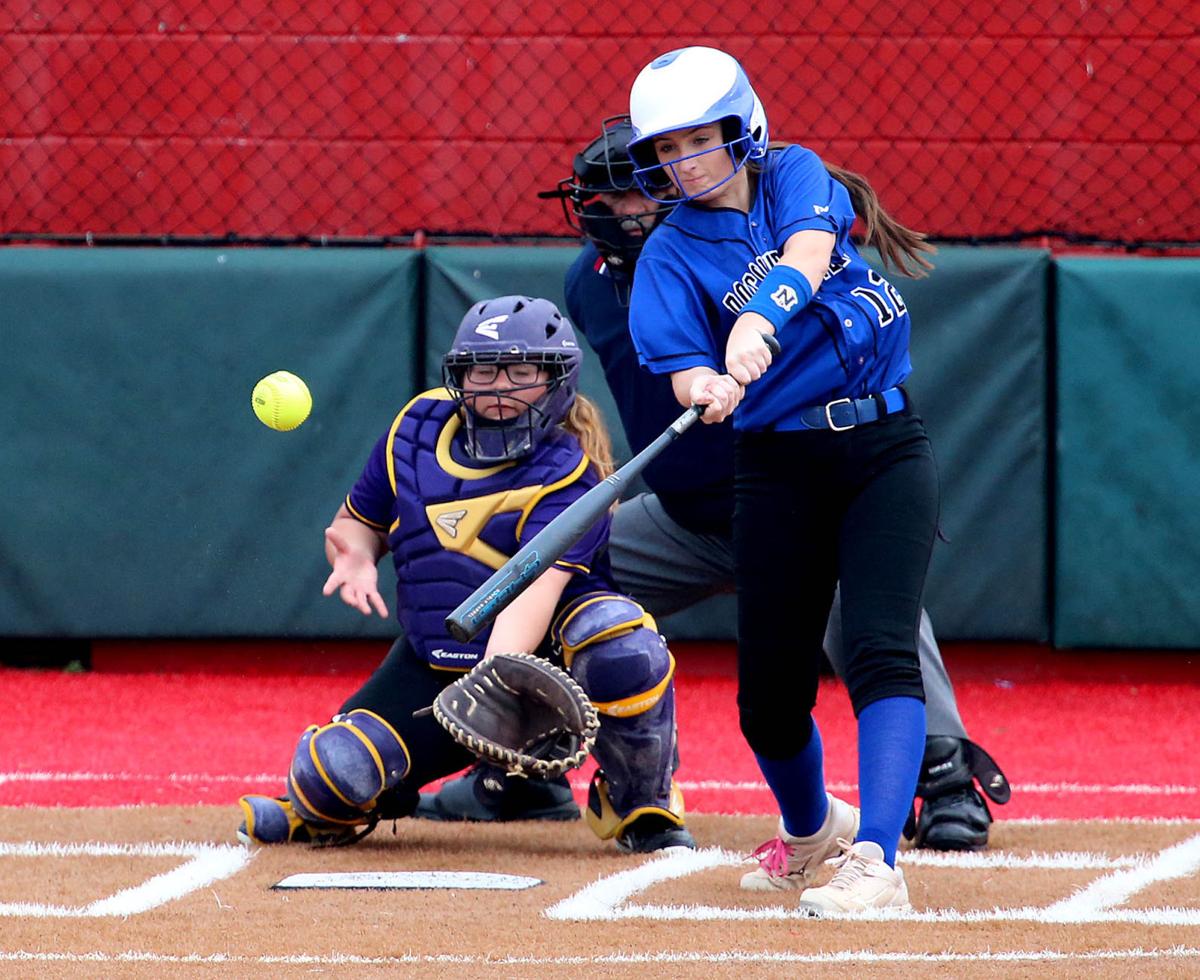 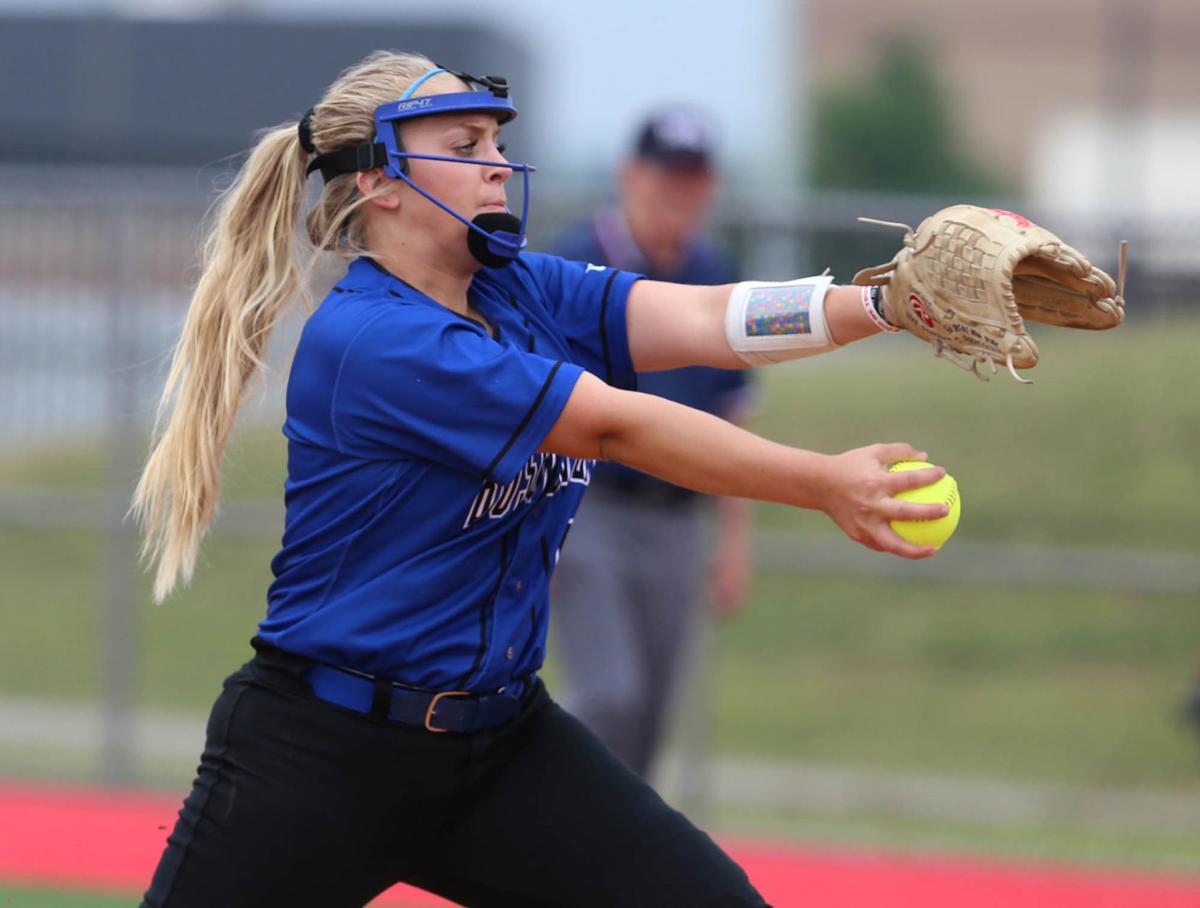 Bosqueville pitcher Emilee Wade improved to 17-6 on the year with the win in the circle. 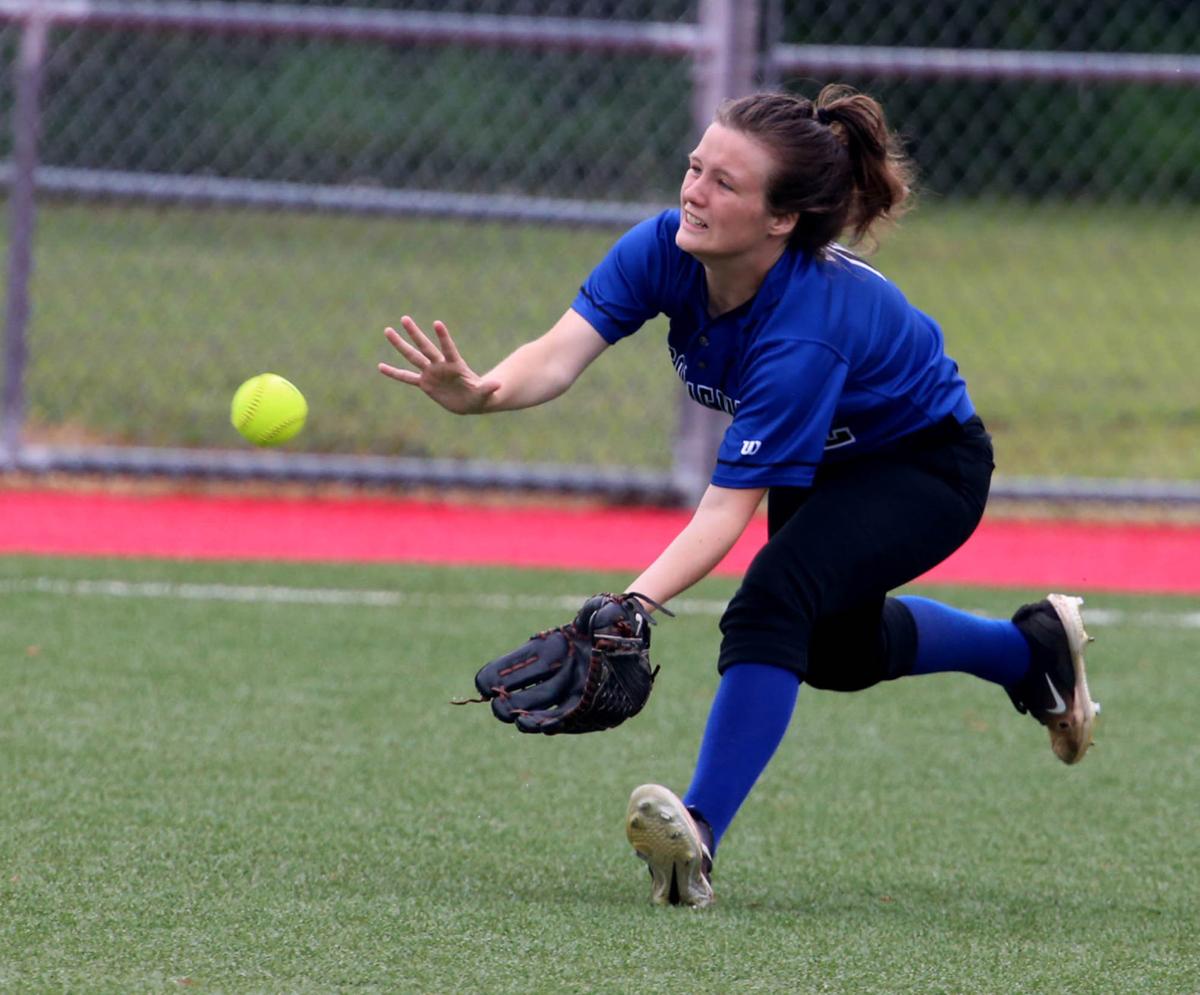 Bosqueville outfielder Ashton Vaughn pulls down a diving catch to rob Cross Plains’ Cayla Barron of a hit in the first inning. 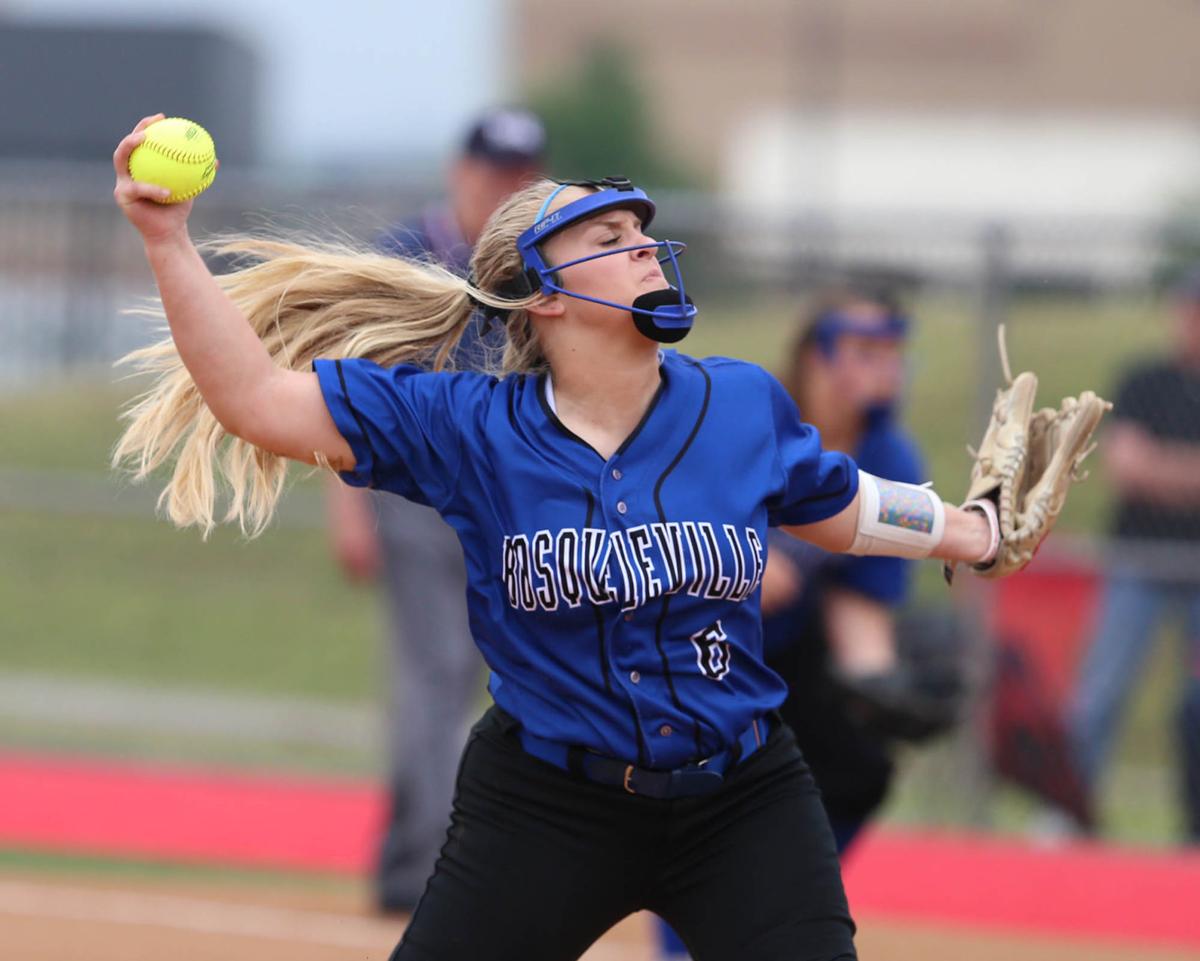 Bosqueville pitcher Emilee Wade struck out two batters in the opening inning to set the tone in the Lady Bulldogs' run-rule win. 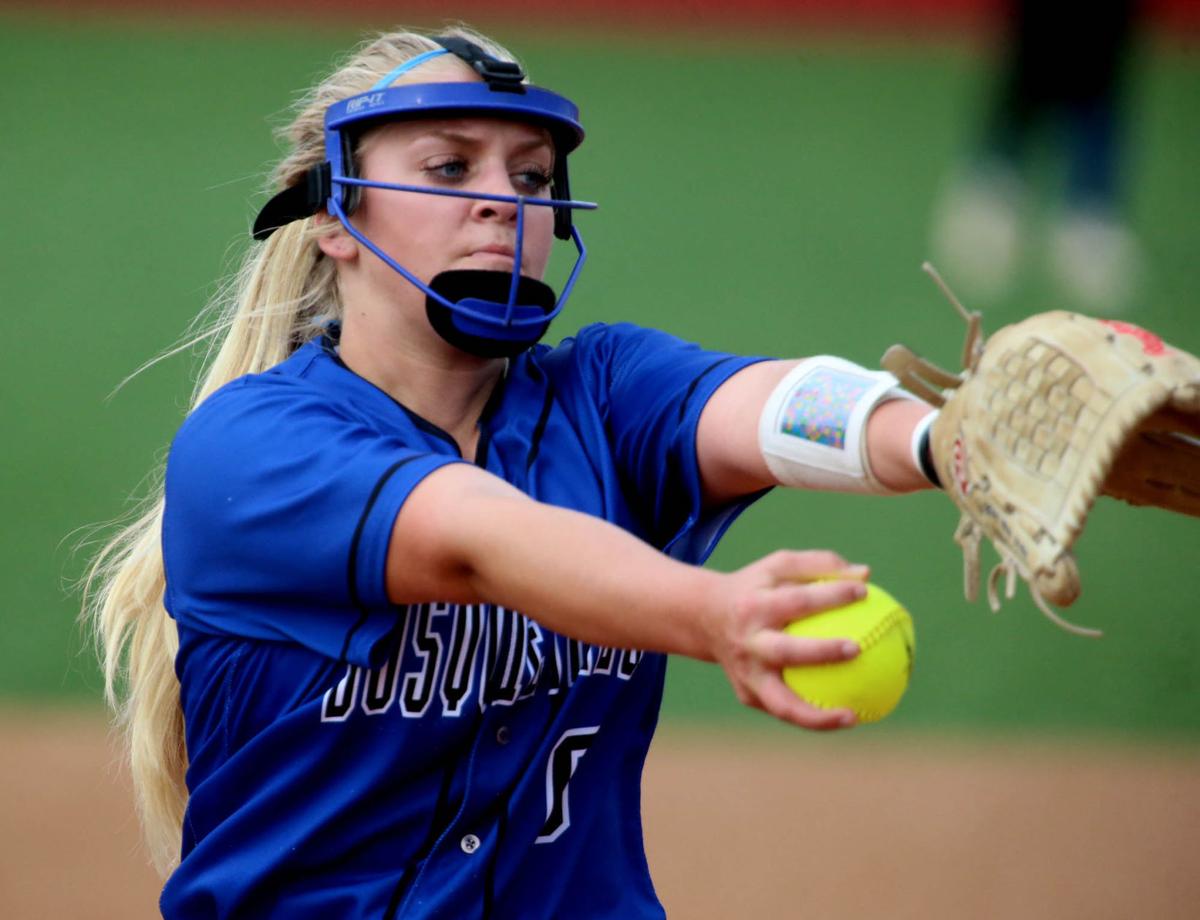 Bosqueville pitcher Emilee Wade struck out five in hurling the Lady Bulldogs to the bi-district victory.

Bosqueville pitcher Emilee Wade improved to 17-6 on the year with the win in the circle.

GLEN ROSE — As the Bosqueville softball team was punching on through to the next round of the playoffs, the Lady Bulldogs hitters nearly punched a hole through the corrugated metal fence at the Glen Rose High School softball diamond.

Bosqueville pounded out 10 extra-base hits and posted crooked numbers in three of their four at-bats on the way to a run-rule victory over Cross Plains, 26-4, on Tuesday night in bi-district play.

Lady Bulldogs cleanup hitter Victoria Mosqueda tallied 11 total bases as she drilled three triples and a double with six RBIs to lead the hit parade. Right behind Mosqueda in the lineup, centerfielder Jaci Hoffmeyer went 3-for-5 with a single, a double, a home run and five RBIs.

“(Cross Plains pitcher Cayla Barron) put the ball where we could put some swings on it,” Bosqueville coach Clint Zander said. “We did a good job of letting the ball travel. We came off the last game we played against Crawford, really quality pitching, but we were able to make the adjustment and be patient at the plate. I thought we did a good job of wearing out the right-center-field gap.”

With the five-inning, run-rule win, Bosqueville (22-6) advances to the area round of the Class 2A Region II playoffs, where it will play the winner of the Santo vs. Alvord bi-district series.

The Lady Bulldogs and Lady Buffaloes moved their playoff opener up to 5 p.m. Tuesday evening in order to avoid potential storms later that night.

Bosqueville then seemed especially eager to erase any doubt in the game as it rallied for 13 runs in the bottom of the first inning.

Mosqueda hit her first triple of the night down the right-field line to drive in Emma Howell and Emry McDonough and put the Lady Bulldogs up 2-0. But Bosqueville was only getting started.

Designated player Emerson Leighty struck out in her first appearance, but made the most of her second at-bat in the first inning. She drilled an 0-1 pitch off the wall in center that scored Jalyn Thomas, Chloe Reinke and Howell.

Bosqueville sent 18 batters to the plate in the bottom of the first. Vaughn capped the fireworks with a double to the gap in right-center that scored Mosqueda and Hoffmeyer.

That was way more than enough offense for Lady Bulldogs starting pitcher Emilee Wade. Last year’s Super Centex Newcomer of the Yera struck out two batters in the first inning to keep Cross Plains off the scoreboard and set the tone for the game.

The Lady Buffaloes rallied for four runs in the second to respond to Bosqueville’s mammoth first inning rally. But Wade settled down to quiet the Cross Plains bats the rest of the way.

Wade gave up five hits and struck out five to improve her overall season record to 17-6.

“The ball wasn’t moving real well,” Zander said. “In the second inning, especially, (Wade) lost three of her pitches. They weren’t working.We went straight fastballs and that’s what happens when you fall behind. But she made an adjustment and we scored a bunch of runs to help her out.”