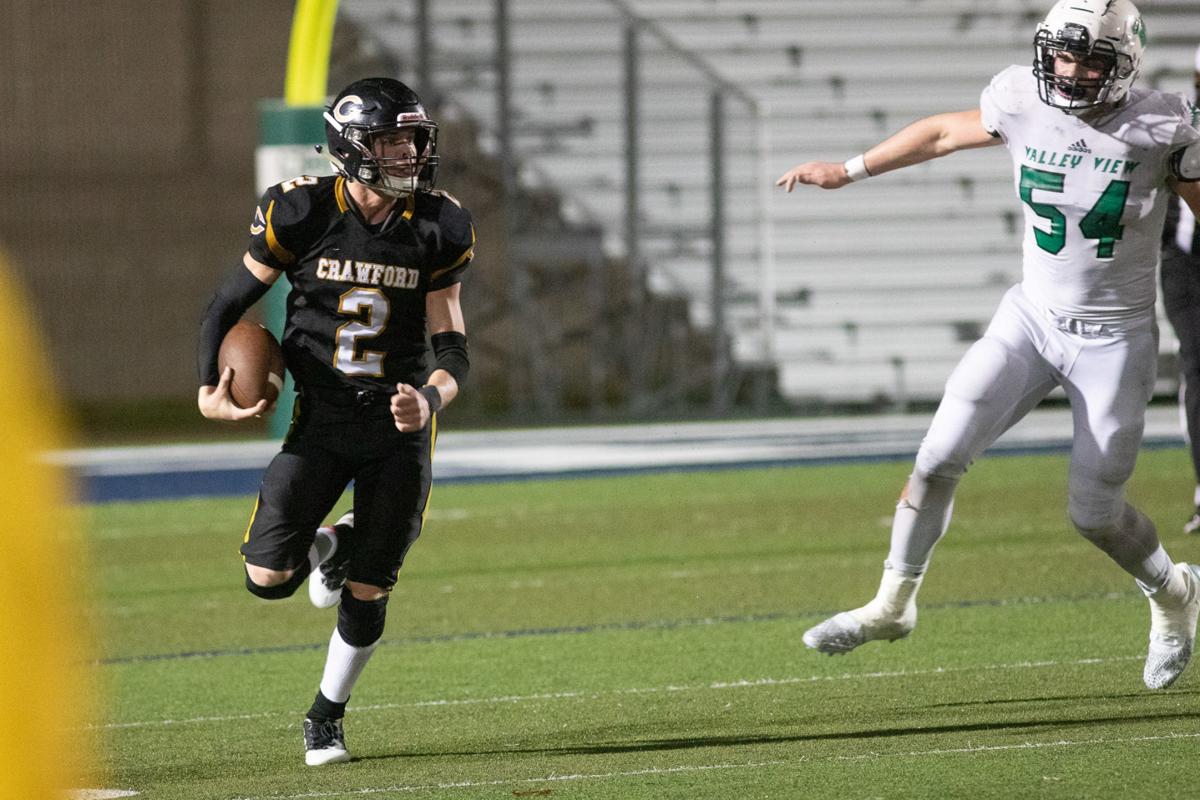 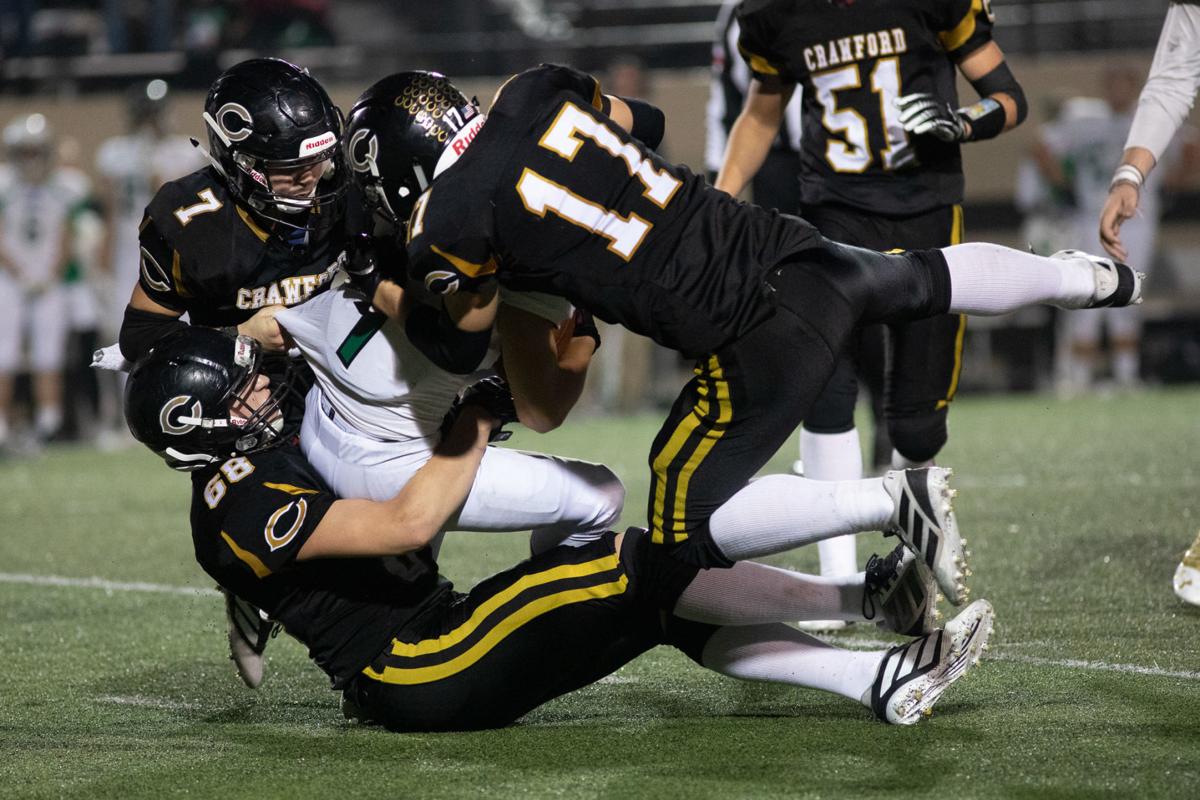 BEDFORD — Too much trickery, too many mistakes and too much Valley View speed ended the Crawford Eagles Class 2A playoff run, 33-14, Friday night at Pennington Field.

Valley View (11-2) used a key third quarter fake punt and then induced Crawford (9-4) to jump offsides with 3:35 left in the fourth quarter for a first down. That led to scoring two late touchdowns to clinch the regional semifinal victory.

The Eagles will advance to 2A regional finals next week against San Saba at a time and location to be determined. Crawford ends its season three games short of a state title.

Valley View won a battle of field position to score the first points of the second half. After an exchange of punts and a Valley View fumble, Crawford had the ball on its three-yard-line. On first down, running back Trey Lecina took a pitchout in his backfield and moved to the right, but was swarmed under by the Eagles defense for a safety and a 12-7 lead.

After a free kick downed to the Valley View 30, the Eagles moved the ball 70 yards for a touchdown, capped by a 14-yard touchdown pass to Christian McMurray making the score 19-7 late in the third quarter.

The key play in the scoring drive was a fake punt on fourth-and-eight from the Valley View 35 which turned into a 25-yard first down run.

Crawford had the ball back with the five-point deficit but was unable to move against the speedy Valley View defense. It appeared they would get another chance, holding the Eagles to fourth-and-five, at the Crawford 45, but the Pirates jumped off sides on fourth down to give Valley View new life with just 3:35 left in the game.

Just one play later, the Eagles clinched the victory as Clint Epperson broke loose on a 33-yard run with 3:31 left for a 26-14 lead He added one more score, from 44 yards out, for the final margin.

The first half featured both teams taking advantage of the others offensive miscues with Crawford having the last and the most costly, leading to a three-point deficit.

Valley View made the first miscue of the first half and Crawford didn’t wait to make them pay. The Eagles took the opening kickoff and moved quickly to the Crawford 35, before the Pirates defense pounced on an Eagles fumble midway through the first quarter.

Crawford moved the ball 64 yards in 11 plays, mainly on the ground before Chance Connally caught a third down pass from quarterback Tanner Merenda from 7 yards out for a touchdown. Ty Tolbert kicked the extra point for a 7-0 Pirates lead midway through the opening period.

After a Valley View punt, Crawford had the ball and the lead deep in their own end of the field, but a fumbled quarterback-running back exchange lead to a Valley View recovery at the Crawford 12-yard line.

It only took the Eagles four plays to cash in from the short distance as Epperson scored from two yards out for a 7-7 tie after a Tom Kirkpatrick extra point midway through the second quarter.

Crawford took the ensuing kickoff and moved down to the Valley View 14 before their drive stalled. Facing fourth-and-goal, the Pirates passed on the short field goal and went for the first down only to have Merenda sacked on a fourth down rush.

With 2:16 left before halftime, Valley View moved the ball quickly down the field, added by a long run and a hook-and-ladder pass completion for 16 yards. Facing third down from the Crawford 3-yard-line, they did opt for the short field goal try. Kirkpatrick booted a 20-yard field goal on the final play of the first half for a slim three-point Valley View lead.