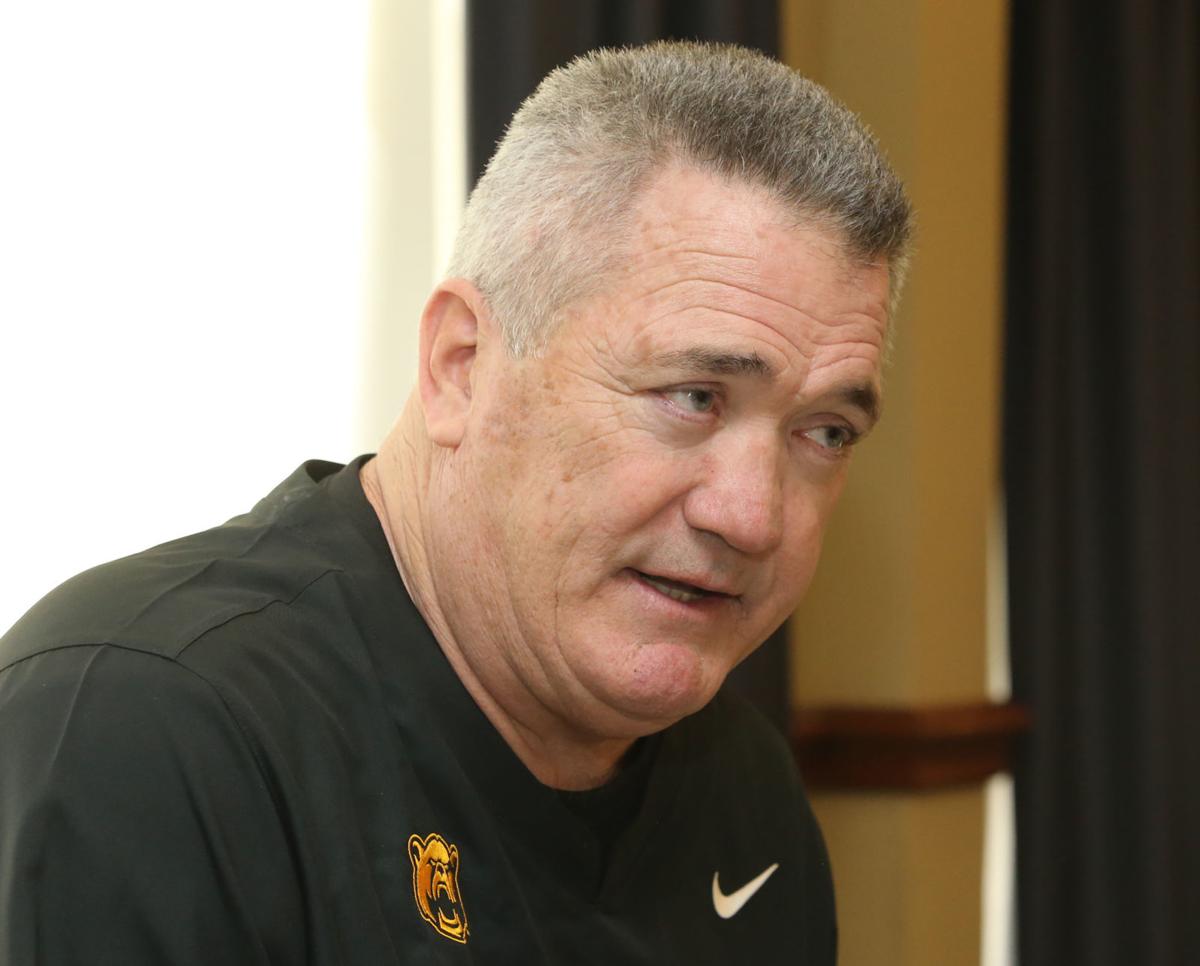 New Baylor offensive line coach Joe Wickline knows the lay of the land in the Big 12, as he’s made previous stops at West Virginia, Oklahoma State and Texas, in addition to a previous stint at Baylor. 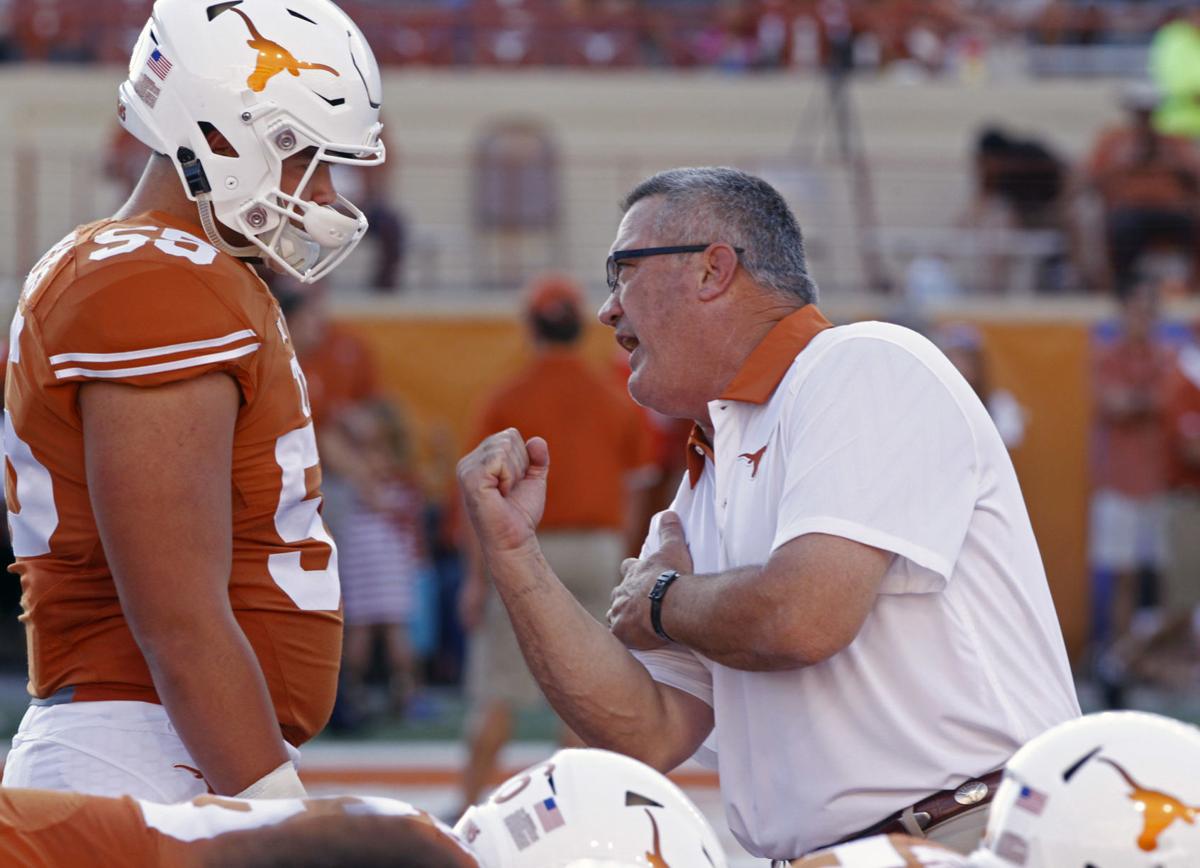 Joe Wickline, shown here in 2015 during his days coaching at Texas, said he’s happy to be back at Baylor 22 years after he last coached in Waco.

New Baylor offensive line coach Joe Wickline knows the lay of the land in the Big 12, as he’s made previous stops at West Virginia, Oklahoma State and Texas, in addition to a previous stint at Baylor.

Joe Wickline, shown here in 2015 during his days coaching at Texas, said he’s happy to be back at Baylor 22 years after he last coached in Waco.

But before the 37-year college coaching veteran worked at any of those schools, Wickline coached Baylor’s offensive line under Dave Roberts during the early years of the Big 12 in 1997-98.

The Baylor football program he’s rejoining now bears little resemblance to the one he left 22 years ago.

The Bears moved into McLane Stadium in 2014. They don’t have to drive across town to practice any longer. They’ve got an air conditioned on-campus indoor practice facility along the banks of the Brazos, which beats practicing in scalding 100-plus degree summer heat on Floyd Casey Stadium’s artificial turf.

Wickline loves what he sees. But more than anything, he likes the football program being on campus.

“Obviously, somebody made some big sacrifices to get to where we are at this point and continue to do so,” Wickline said. “But it’s not about the bricks and pillars. It’s more about the association of being on campus that I’m sure everybody can relate with just makes it special. When you’re on campus, you can get around players more. You can build relationships with not only the players but the student body, the other sports, it just makes it cool.”

Of course, campus interaction has been shut down now due to the coronavirus outbreak as students are taking online classes. But Wickline and the rest of Baylor’s coaching staff are looking forward to the time when activities return to normal.

Wickline has reconnected with Baylor offensive coordinator Larry Fedora, whom he coached with at Middle Tennessee State from 1999-2001, Florida from 2002-04 and Oklahoma State from 2005-07.

After Fedora left for his first head coaching job at Southern Mississippi in 2008, Wickline continued as offensive line coach at Oklahoma State through 2013 before a two-year stint at Texas in 2014-15 and a three-year stint at West Virginia from 2016-18.

Since it’s been 13 years since they’ve coached together, Wickline is looking forward to sharing ideas with Fedora since offensive philosophies have changed over the years.

“It’s interesting because he’s gone places and been unbelievably successful on offense and can say this is what worked for me,” Wickline said. “I’ve been places and we’ve been decently successful on offense, and this is what worked for me. His discipline, his accountability and demands of how we’re going to do things is the same as far as being physical and running the ball, work ethic, toughness, enthusiasm, taking care of the football.”

Baylor will seek more protection for senior quarterback Charlie Brewer, who was knocked out of three of the last four games at the end of last season with concussion-like symptoms.

Baylor ranked ninth in the Big 12 by allowing 35 sacks. But the Bears are optimistic that they can improve quarterback protection with a more experienced offensive line that returns Xavier Newman-Johnson, Blake Bedier, Connor Galvin, Keith Khalil and Casey Phillips.

“We’re going to find who the top five guys are and then we’ll find a third guard and a third tackle and a second center,” Wickline said. “It’s my job to make sure that we have eight guys that can play at any given time starting Game 1. I think we have plenty of players at this point. I don’t know much about them other than watching them and seeing them on film, but so far I’m pleased with attitudes.”

Wickline is excited to return to Texas because of the high level of coaching that players get at the high school level.

Though many offensive linemen still need to redshirt during their first year of college, the skill levels of Texas recruits are often far ahead of players from other states.

“Football and the high school coaches here, their passion, the emotion and the importance of all athletics, it’s just a quality place,” Wickline said.

Baylor head coach Dave Aranda likes the experience Wickline brings to his staff and is confident that he can develop Baylor’s offensive line.

“Coach Wickline is a fundamental teacher,” Aranda said. “In my talks with him, our conversations have constantly gone back to technique, teaching method and drill work. I’m so excited about what he can do for our offensive line and having that group take the next step to be one of the top units in the Big 12.”

More in Introducing Dave Aranda's assistants at Baylor (7 of 8)

Johnson anxious to get back on field