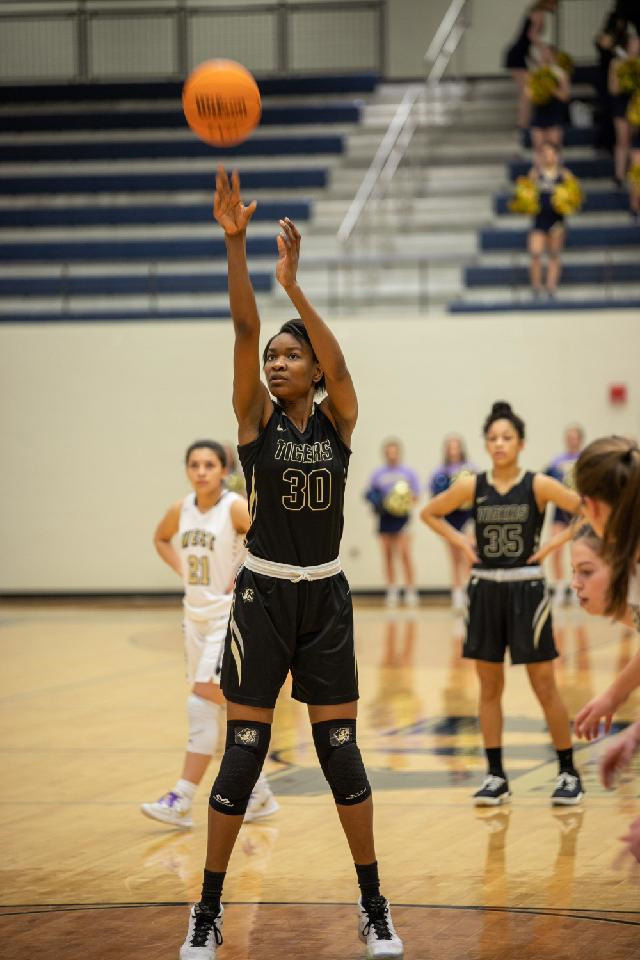 Maryam Dauda, of Bentonville, Ark., averaged 16.6 points, 8.2 rebounds and 2.6 blocks during her junior season. Dauda gave her verbal commitment to Baylor on Sunday. 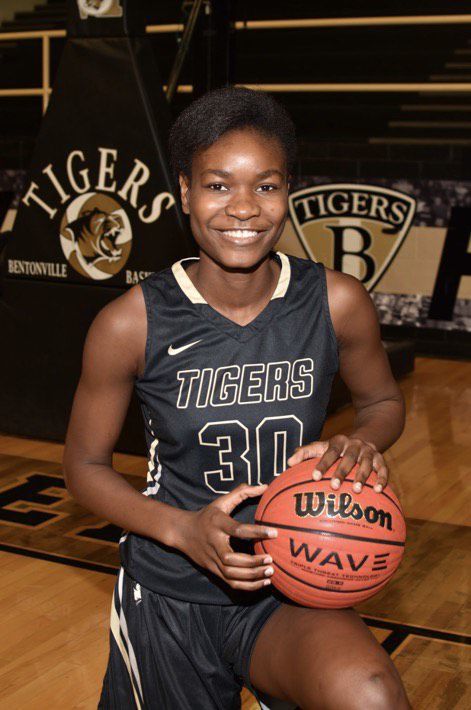 The Baylor women’s basketball program has a long history of outstanding post players and the Lady Bears have landed another.

Maryam Dauda of Bentonville, Ark., the No. 1-ranked post by ESPN’s HoopGurlz and the 24th-ranked overall player in the Class of 2021, gave Baylor her verbal commitment on Sunday.

Dauda scored 16.6 points, grabbed 8.2 rebounds and blocked 2.6 shots per game during her junior season as she helped the Bentonville High School Tigers reach the Arkansas Class 6A state championship game in March. However, the response to the coronavirus caused the cancellation of the championship game and Bentonville and Fayetteville were declared co-champs. Dauda was named co-MVP of the state playoffs.

After narrowing her college choices to a final five of Baylor, Arkansas, Tennessee, Missouri and UCLA, Dauda said her interactions with the Baylor coaching staff helped make her decision.

“I feel like the first time I talked to Coach (Kim) Mulkey, I had the connection,” Dauda said. “That was a huge part of it. I knew I needed that connection with her and the coaching staff.”

Dauda added that her family felt comfortable with the Baylor coaches, which was also a major factor.

At 6-foot-4, the five-star prospect has a comparable frame to current Baylor posts Queen Egbo and NaLyssa Smith and describes her style of play as similar to them as well.

“I’m a post player, but not a traditional post player,” Dauda said. “I have good shooting range and great ball handling skills.”

Dauda is the Lady Bears’ first commitment in the class of 2021.

While Dauda said her decision was impacted by relationships and not necessarily Baylor’s reputation as a post school, the Lady Bears’ clout in the paint keeps increasing. When Baylor forward Lauren Cox was drafted third overall in April’s WNBA Draft, it made her the third Lady Bear post to go in the top seven picks of the draft in the last eight years. Baylor’s Kalani Brown went seventh overall in 2019 and Brittney Griner was the No. 1 overall draft pick in 2013.