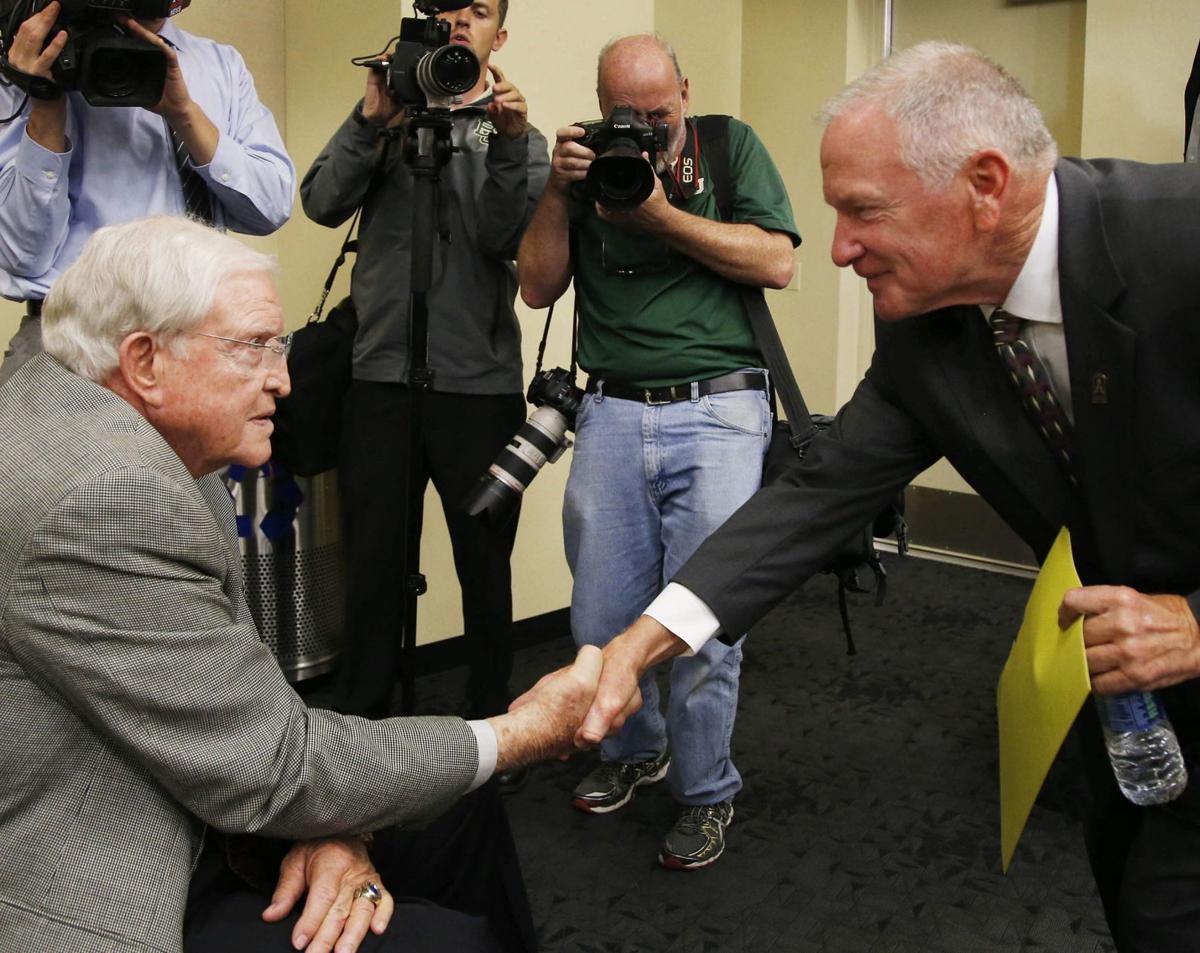 A pleading phone call from Grant Teaff (left) was part of the equation to get Jim Grobe on board at Baylor. 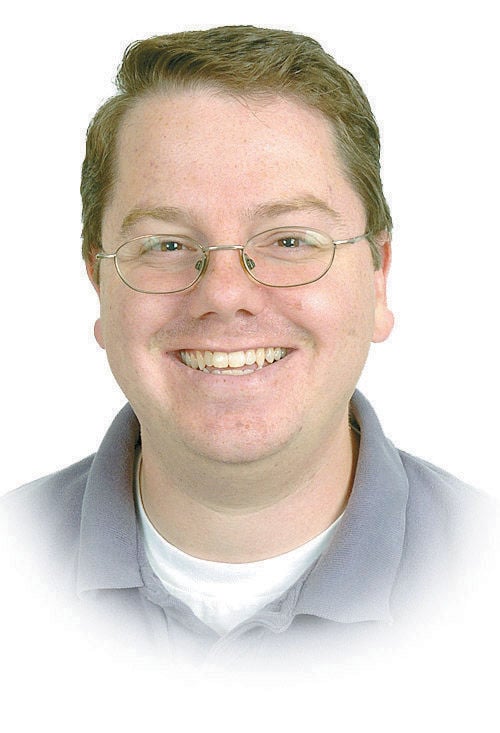 Some Baylor football fans might not want to hear this, but it’s not about winning this season.

That’s not to suggest that Jim Grobe can’t win, or that he shouldn’t strive for it. But as Grobe willingly steps into the fiery furnace of Baylor football, his job performance shouldn’t be judged by the Bears’ win-loss ledger.

Instead, the number Grobe should be shooting for is zero – as in zero players showing up in arrest reports. Zero Baylor players whose transgressions are overlooked because of their on-field ability. Most importantly of all, zero victims of sexual violence on the Baylor campus.

“Nothing in our program will be more important than character,” Grobe promised in his opening press conference Friday. “Winning is very, very important, but not at the expense of character and integrity.”

Exactly. That’s the precise idea that must guide Baylor’s wayward program moving forward. Because lately it seems that everything has taken a back seat to winning.

Cynics would cry that Grobe’s message was carefully scripted, but you don’t get that sense with this guy. His reputation as a discipline-minded coach preceded him, and in fact it’s what prompted a pleading phone call from Grant Teaff.

Could Grobe be the right man at the right time for Baylor? It feels that way.

It takes a certain courage even to be willing to enter this fire. A fair question for Grobe – why do it? Even Baylor interim athletic director Todd Patulski wondered as much.

“And he said, ‘I’m here to help. I just want to help and I want to be part of the solution,’ ” Patulski said.

Grobe first fit Baylor’s needs simply by being available. When the school’s board of regents announced the termination of Art Briles a week ago, names like North Carolina’s Larry Fedora and Houston’s Tom Hermann circulated as possible replacements. But, really, those guys were a pipe dream. At least in the short term.

To paraphrase a sentiment first proffered by Teaff, no head coach worth his clipboard is going to leave his team in a lurch with the season a little more than two months away. (Contract stipulations also create boundaries to that end.)

In Grobe, Baylor found a well-respected candidate with head coaching experience who just happened to be available. Heck, he wasn’t in an office or a weight room or a practice field somewhere when Baylor made contact. He was walking into the grocery store with his wife. (Wouldn’t you have liked to be a fly on the wall of the produce department when that conversation was going down?)

Grobe’s open calendar made him a candidate. What won him the job was his no-nonsense approach to running a team. Because let’s face it – the nonsense has gone on long enough.

Grobe spoke of having a zero-tolerance policy when it comes to player misconduct. It’s a line he drew in the sand in his days at Wake Forest, he said, and it’s a culture that he emphasized in his very first meeting with his new players at Baylor earlier this week.

That wasn’t the way it was before, if one takes Pepper Hamilton’s investigation at face value. In one of the most damning elements of the law firm’s summary, Baylor football staff – staff being a plural word, except when you’re talking about a big stick – was conducting its “own untrained internal inquiries” into accusations of sexual assault against players.

Reporters questioned Grobe and Patulski several times Friday about whether Baylor’s assistant football coaches were clear of guilt in such matters. “I know of absolutely no issues, no problems,” Grobe said. Patulski later echoed that sentiment.

It’s kind of hard to believe the entire coaching staff knew nothing. But believe this – if Baylor is covering up anything else, if any of the current assistants were culpable of even a smidgen of wrongdoing, the football program will absolutely deserve that NCAA death penalty that has already been bandied about in the media.

Grobe is taking Baylor’s administration at its word. That’s a big deal with him. He said that he treats coaching like he does fatherhood. He wants honesty and integrity from his children and from his players alike.

Cross that line, and punishment will follow, he said.

For Baylor, 2016 will only be successful if character trumps victory.