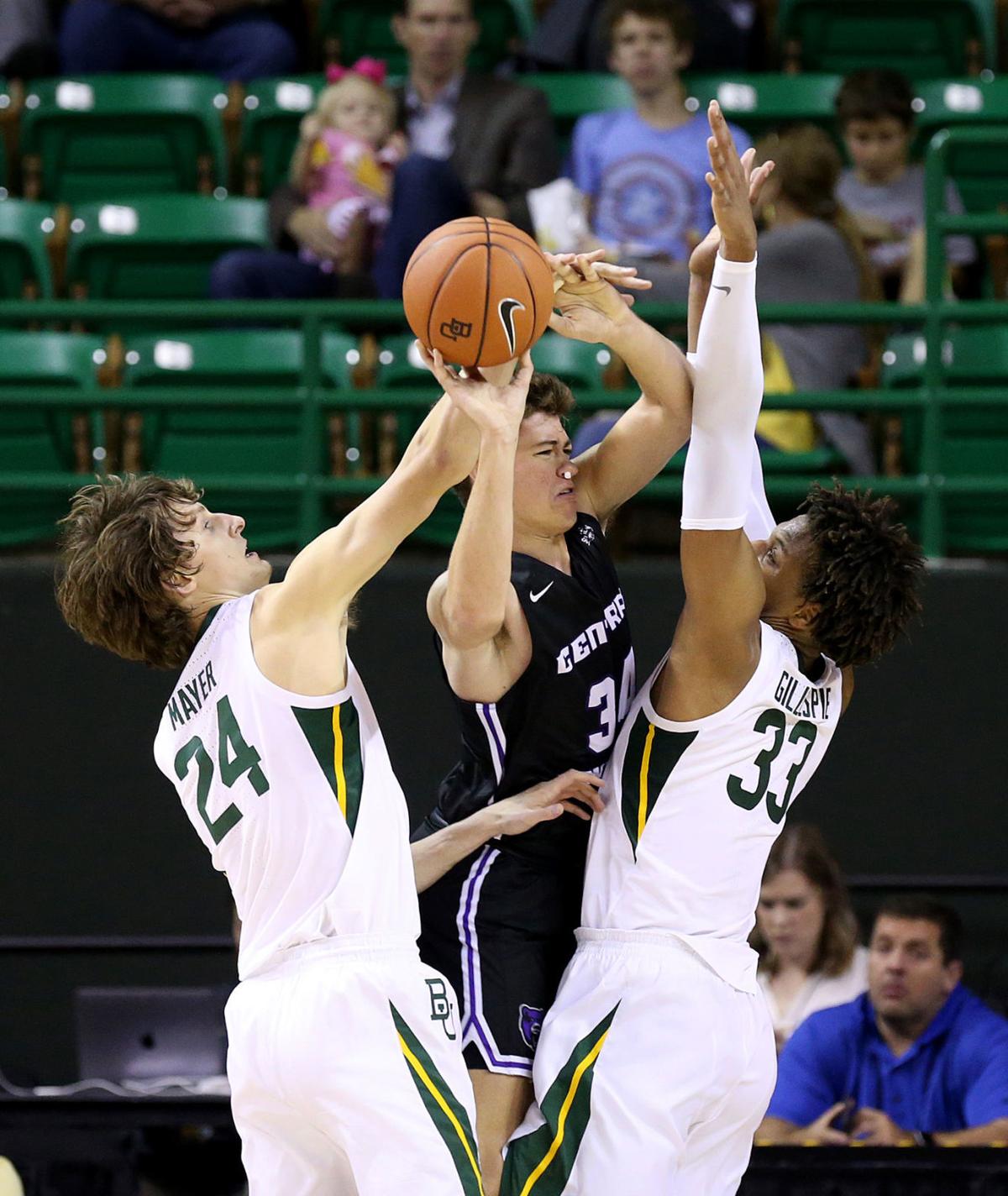 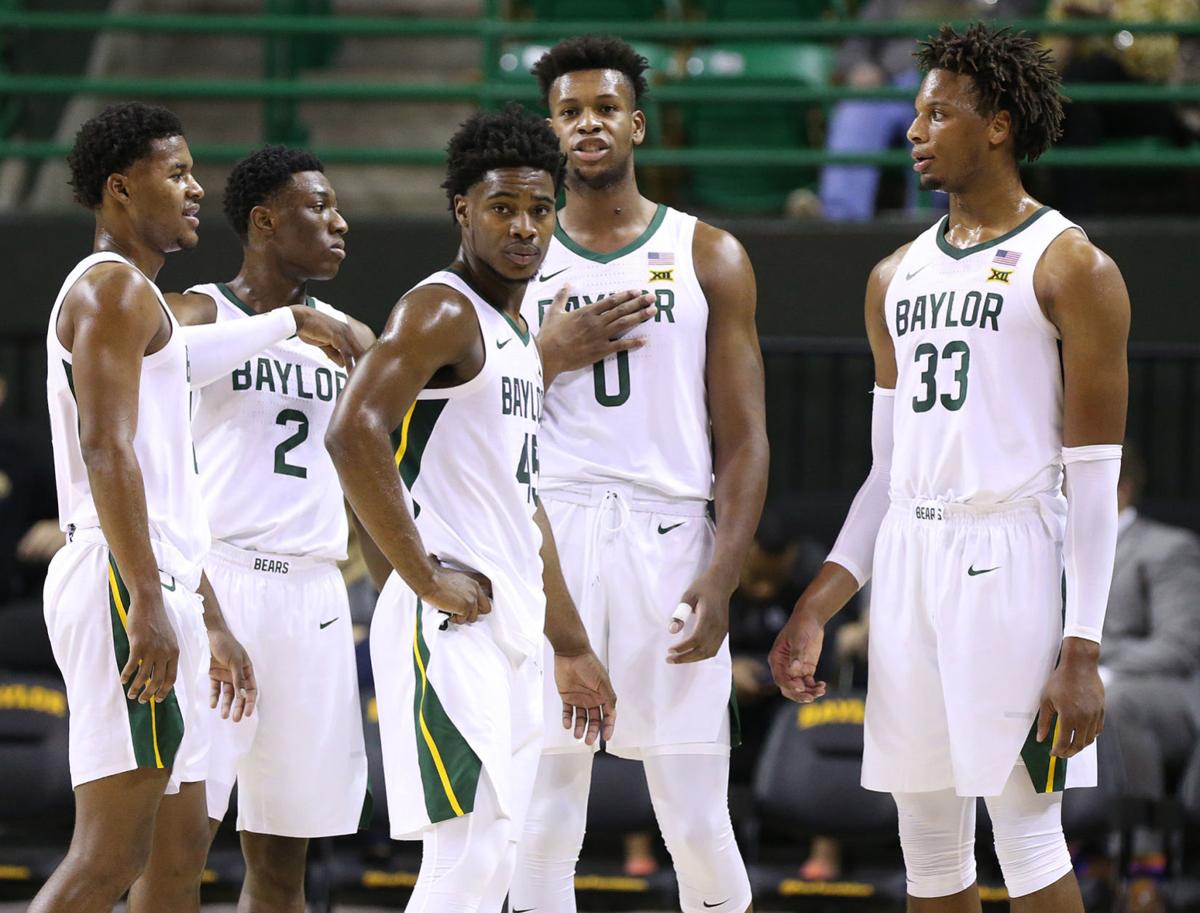 The Baylor men head to Alaska to take part in the Armed Forces Classic, where they'll face Washington Friday.

The Baylor men head to Alaska to take part in the Armed Forces Classic, where they'll face Washington Friday.

After opening the season with a 105-61 romp over Central Arkansas, Baylor will get its first major test against defending Pac-12 champion Washington.

The No. 16 Bears are flying past Seattle all the way to Anchorage, Alaska, to play the Huskies in the Armed Forces Classic at the Alaska Airlines Center at 8:30 p.m. Friday.

“It’s a great opportunity, it’s a bucket list for me to be able to go up there and give back to the soldiers for what they sacrifice and do for us,” said Baylor coach Scott Drew. “And our players are so good with doing those kinds of things, too, and really enjoy it. It’s going to be a really neat experience.”

Coming off a 27-9 season that ended in the second round of the NCAA tournament, the Huskies were picked third in the Pac-12 preseason media poll behind Oregon and Colorado. Friday’s game is Washington’s season opener.

Junior guard Nahziah Carter is the Huskies’ top returning scorer after averaging 8.1 points and shooting 47.8 percent from the field.

“The great thing is Washington is one of the most talented teams in the country,” Drew said. “You can look at the NBA draft boards, and they’ve got a couple of their guys on there for a reason. They’re really good players.”

The Bears will certainly be more experienced than the Huskies, and their familiarity with each other showed in their blowout win over Central Arkansas on Tuesday at the Ferrell Center.

Sophomore guard Jared Butler exploded for 30 points as he drained eight of 12 3-pointers. Playing his first game for the Bears after transferring from North Carolina-Asheville, junior guard MaCio Teague collected 18 points and 10 rebounds.

Senior guard Devonte Bandoo came off the bench to amass 15 points while senior forward Freddie Gillespie finished with 14 points and seven rebounds. Though junior forward Tristan Clark looked rusty in his first game back from a knee injury that he suffered in January, his presence opened up opportunities for other players as the Bears shot 56.3 percent overall and drained 18 of 33 3-pointers.

“He’s an attention grabber and that takes the pressure off us,” Butler said. “We know when we throw it inside, he’s more than likely going to kick it back out because he’s not selfish. You’ve got to guard him, you can’t just leave him alone. He just helps us out, and we try to feed him the ball as much as possible.”

Though they will play just one game in Alaska, the Bears are excited to make their first road trip of the season to play a Power 5 opponent. The Bears got a chance to bond playing in Italy this summer and also played in preseason scrimmages against Texas A&M and LSU.

“I think we’re ready and I think the foreign tour helped us,” Teague said. “The two scrimmages we had were very competitive, and I think that will help us out a lot. I think it will be a good step for our program to go and compete against a good Pac-12 team.”

No. 16 Baylor vs. Washington

Sportswriter at the Tribune-Herald since 1982. When days free up in the summers, I head to the mountains, the desert, rivers & lakes. Places where God’s grandeur overwhelms you. Places best explored by foot, all day and sometimes for several days.