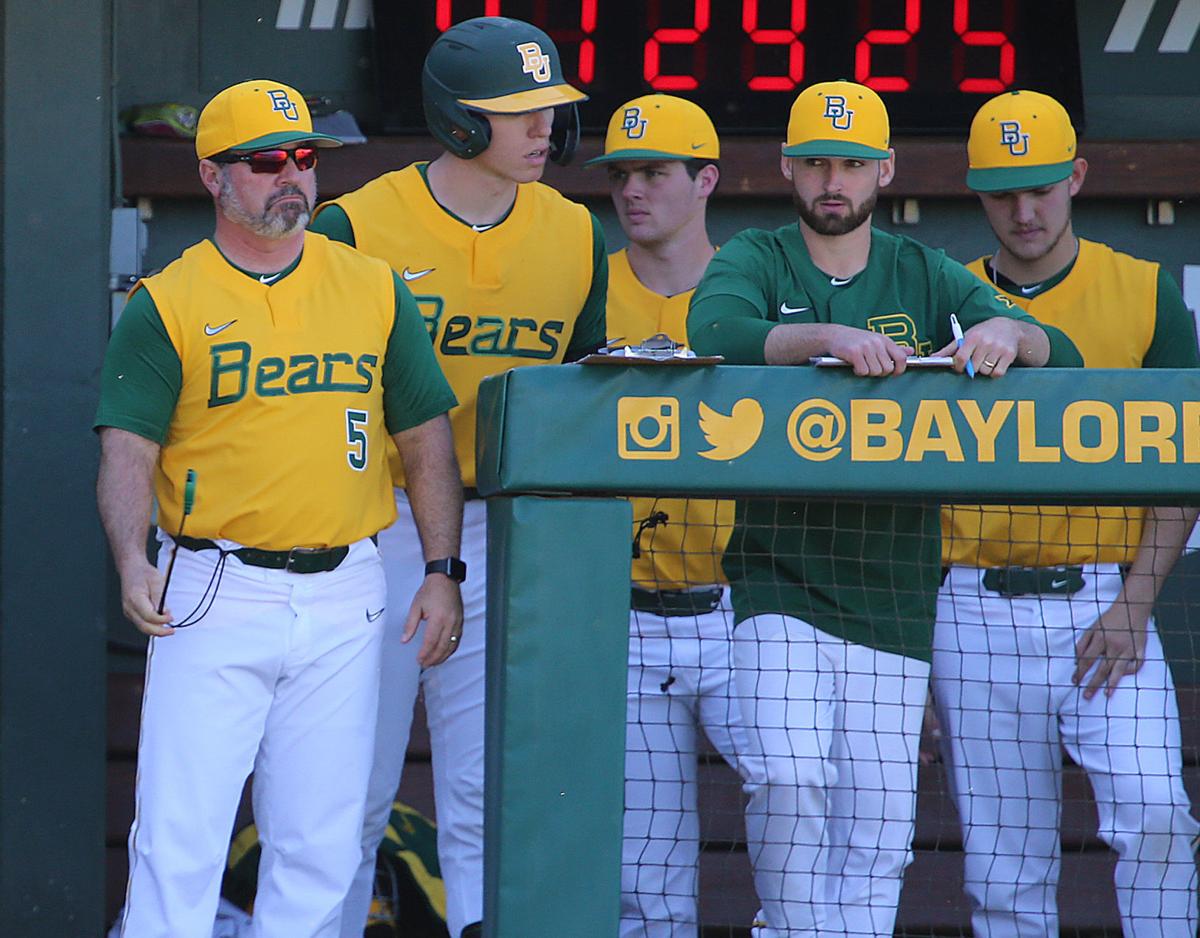 Baylor baseball coach Steve Rodriguez (left) said that with the every-day routine of the season taken away, the Bears are trying to look to the future, including the Major League Draft. 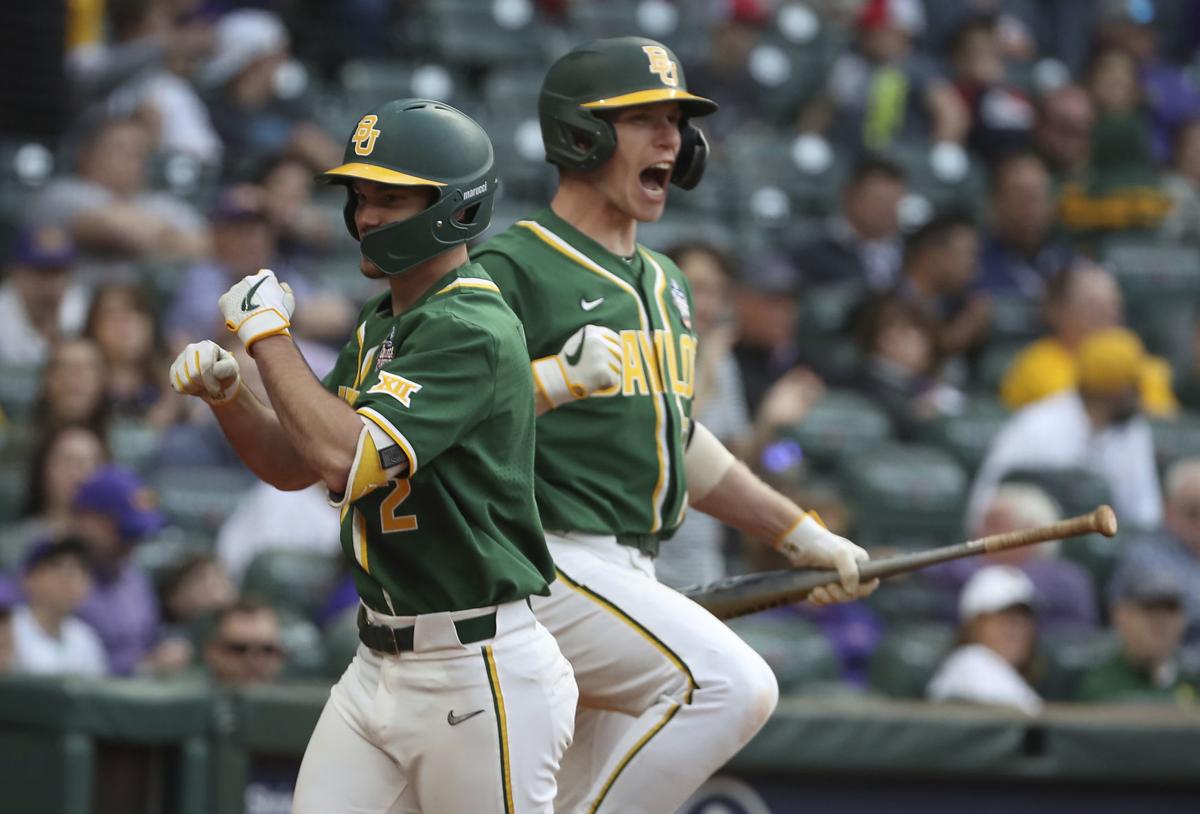 Baylor baseball coach Steve Rodriguez (left) said that with the every-day routine of the season taken away, the Bears are trying to look to the future, including the Major League Draft.

When it was all going down with sports organizations calling off or postponing seasons, the Baylor baseball players found their heads swimming.

Now, almost two weeks later, the initial rush has subsided, but plenty of uncertainty remains. Like so many teams, Baylor is figuring out its new normal. Rodriguez and his coaches are trying to plan for the future while not really knowing what the NCAA will decide on what the 2021 roster cap might be or what kind of bump in scholarships they’ll get. Perhaps even more pressing, the Major League Draft is in limbo, which presents another hurdle to players wanting to decide their futures.

“The hard part for us, and this is something that a lot of other sports probably don’t have, in regards to some of our guys, but we have a Major League Draft that’s uncertain,” Rodriguez said. “That is going to play a big role in how a lot of these guys respond.”

The Bears played their last game of the 2020 season on March 11, falling to Dallas Baptist, 5-4, in a nonconference clash. They were set to host Grand Canyon in a three-game series beginning March 13, a series that was supposed to give Baylor its final tuneup before entering conference play a week later.

Then the world changed.

For the Bears, it started with a phone call from Grand Canyon head coach Andy Stankiewicz. The Antelopes played at Arkansas on March 11, and were slated to migrate to Waco via bus for the series with the Bears. But Stankiewicz called Rodriguez to let him know that they wouldn’t be coming, that Grand Canyon’s school president had informed him that the Western Athletic Conference had called off its baseball games.

Things snowballed quickly thereafter. The NCAA called off its winter sports championships and the rest of its spring sports seasons. Baylor announced that Rodriguez and the baseball team were going into a self-quarantine period after learning that three TSA agents in California had contracted COVID-19, since the Bears had flown through San Jose a week prior.

Baylor’s 14-day quarantine period officially ended Sunday, and Rodriguez was happy to report on Monday that his team was healthy and “feeling fine.” So, now the team looks ahead to a future in flux.

Of course, college baseball coaches are used to dealing with roster surprises. It comes with the territory. This is just next-level stuff.

“All of us coaches every year have draft expectations that may not go the way kids want them to go, we get surprised by certain kids who get drafted and signed,” Rodriguez said. “You’re expecting certain high school kids and (junior college) kids to get drafted and sign, and they don’t.

Rodriguez said that he expected that Baylor “absolutely” would have some seniors from this year’s team return for 2021, given that option. But he also thinks that as many as 4-7 players could be drafted, which would give them a decision to make. In addition to junior shortstop Nick Loftin, arguably the team’s top draft-eligible prospect, Rodriguez said that senior pitchers Paul Dickens, Ryan Leckich and Luke Boyd, along with catcher Andy Thomas, infielder/outfielder Mack Mueller and outfielder Davion Downey have a shot to get selected.

In the meantime, Rodriguez and his staff are staying in regular communication with the players. He FaceTimed with his upperclassmen on Sunday – “Just to kind of see their faces. I hadn’t seen them in a couple of weeks and I just wanted to make sure they’re doing OK, and make sure their spirits are OK,” Rodriguez said. The strength and conditioning staff has passed along workouts that players can easily do with minimal equipment while practicing social distancing at home. It’s still up in the air whether the players will be able to participate in the usual college summer leagues, but Rodriguez wants to make sure they’re prepared just in case.

“Once we know, it’ll be easier to make an educated decision,” Rodriguez said. “But right now you’re asking, ‘If this happens, then what? If this happens, then what?’ But some of those ‘ifs’ could be changed, could be tweaked. You can do this, but you can’t do that. So I told our guys, ‘Just enjoy your time, make sure you’re doing online classes, let us know if you need stuff.’ But once we get information, I’ll give you a call back and we’ll figure out what the next steps are.”

Whether an abundance of the seniors return or not, Baylor’s 2021 season stacks up as a promising one. The Bears went 10-6 in their abbreviated 2020 campaign, highlighted by a perfect weekend at the Shriners College Classic in Houston with wins over SEC foes Missouri, LSU and Arkansas.

It’s a small sample size, but freshman centerfielder Jared McKenzie has the look of a burgeoning star. The Round Rock product hit a team-leading .406 with five RBIs, four stolen bases and no errors. Rodriguez also praised the versatility of freshman Kyle Nevin (.350 with two triples in 12 games), who had seen action at three positions (second base, first base, left field), and freshman left-hander Evan Godwin, who went 1-0 with a 5.50 ERA as a weekend starter. Another freshman, Will Rigney of Midway, pitched in just one game after recovering from a 2019 injury but is a hard thrower whose potential is limitless.

Like many of his coaching colleagues, Rodriguez was eager to see how his team would have performed in conference play and the NCAA tournament. But that ship has sailed, and the Bears have made their peace with it.

“I can’t say that it was as difficult as it was for our basketball teams, who were ranked in the top five and who had huge aspirations of at least going to the Final Four and making a run into March Madness,” Rodriguez said. “For us, I thought we were finally getting our feet underneath us and the carpet gets pulled out from under. But as I told our guys, these are unprecedented times, and I can’t say what’s right and what’s wrong. Because I don’t know. I just don’t know. If you save one life, if you help one person, then I think we’re doing the right thing.”

Baylor expects powerful teams next spring, thanks to NCAA ruling