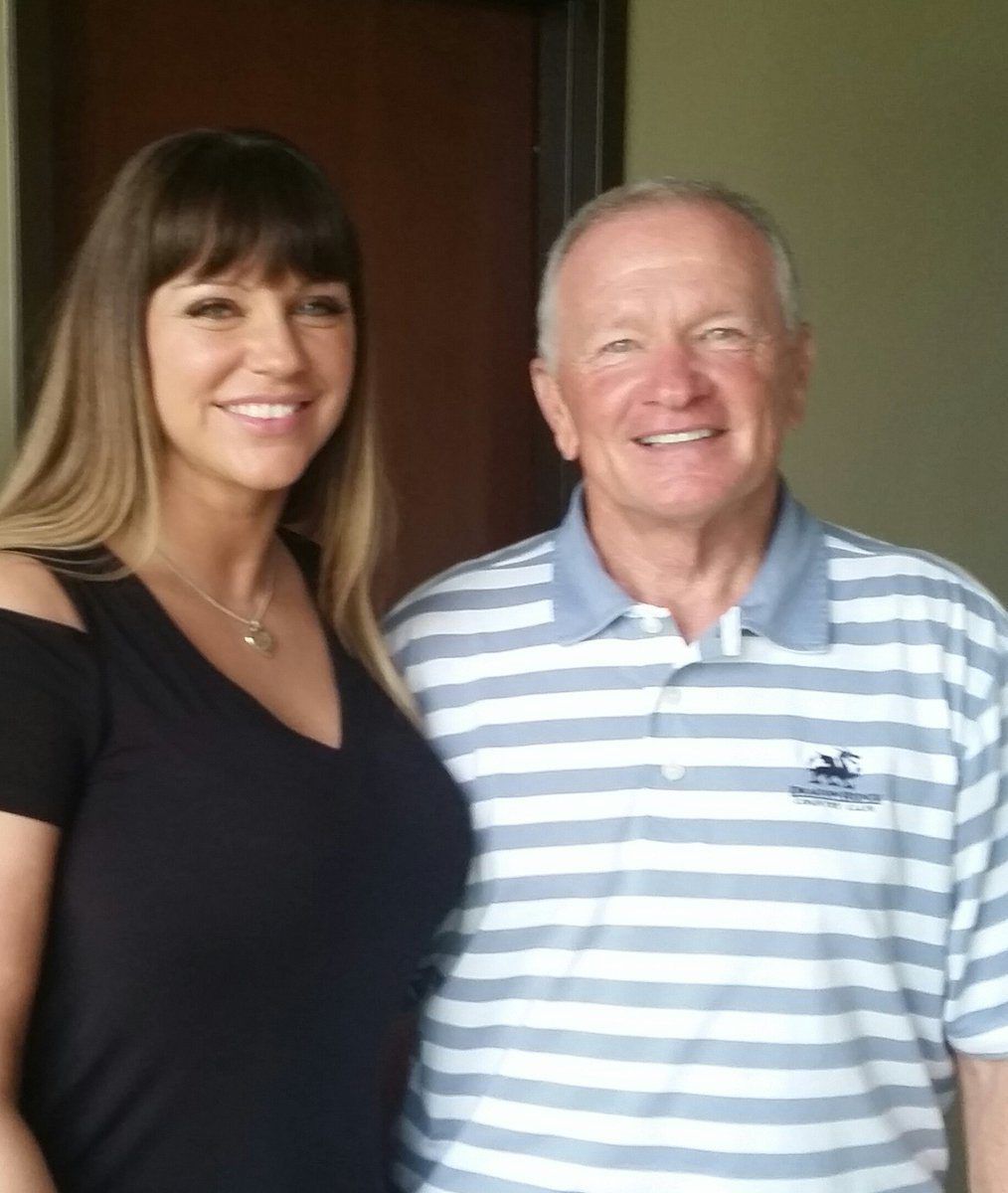 Brenda Tracy (left), pictured with Baylor interim head coach Jim Grobe, was raped while attending Oregon State University in 1998. Today, she shares her experience with colleges across the country to raise awareness for sexual violence. 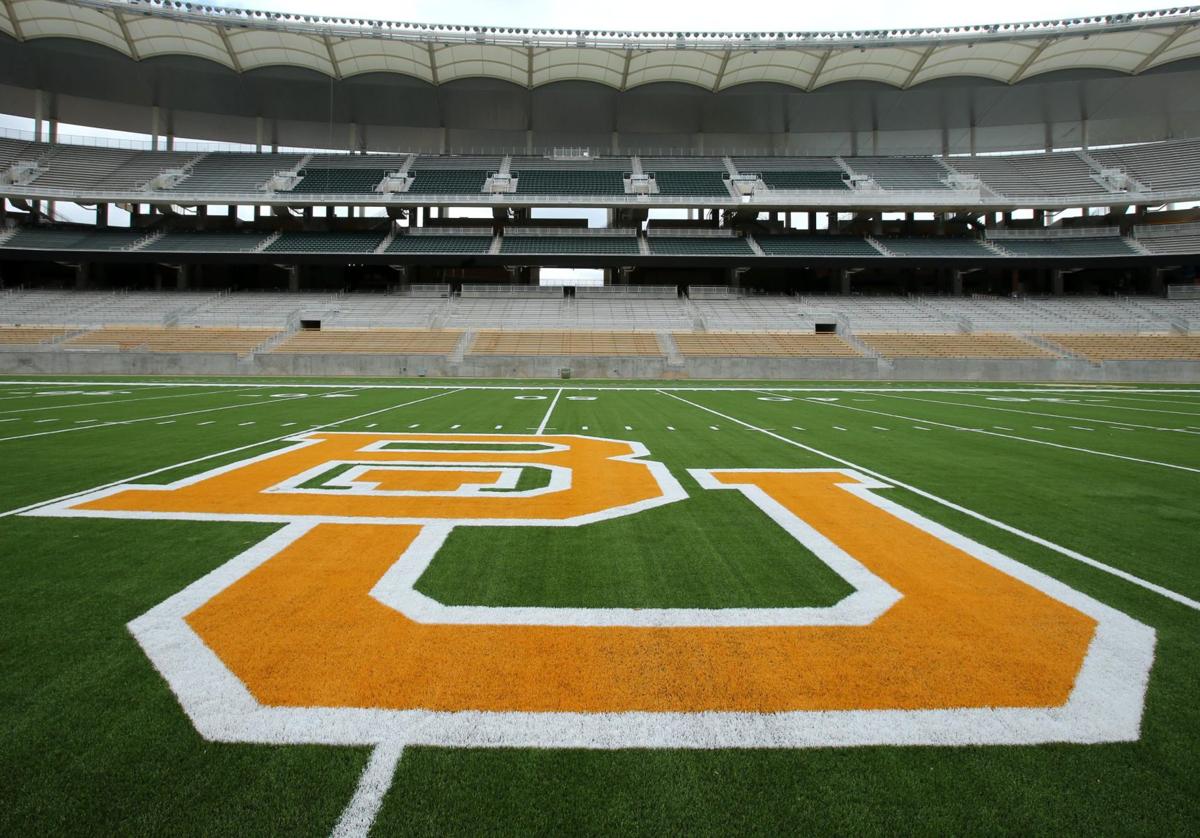 In the wake of a sexual assault scandal that resulted in the firing of head coach Art Briles, the Baylor football team moves forward under interim head coach Jim Grobe with the hopes of helping bring an end to sexual violence.

Brenda Tracy (left), pictured with Baylor interim head coach Jim Grobe, was raped while attending Oregon State University in 1998. Today, she shares her experience with colleges across the country to raise awareness for sexual violence.

In the wake of a sexual assault scandal that resulted in the firing of head coach Art Briles, the Baylor football team moves forward under interim head coach Jim Grobe with the hopes of helping bring an end to sexual violence.

When rape survivor Brenda Tracy walked in front of 100 Baylor football and men’s basketball players Monday afternoon, she was prepared for the worst.

In late May, she had called for the NCAA to give the Baylor football program the death penalty for the sexual assaults that had occurred.

“I expected maybe not the best environment, maybe some hostility,” Tracy said. “I told them I had called for the death penalty, but today I called for them to take a stand on this issue, and do the right thing, and make sure these things don’t happen any more.”

Tracy said she received a positive reaction from the Baylor athletes during her visit on campus. She sensed that the Baylor players embraced her message, and that they want to create a culture on campus that doesn’t tolerate sexual violence.

“We talked about their unique position as college athletes and how much influence they have,” Tracy said. “We talked about how most men don’t carry out these acts of violence, and that most are good men. We talked about ways they could be active on campus, and they all kind of pledged together to hold each other accountable.”

Tracy said she was sexually assaulted by four men, including two Oregon State football players, in 1998. The men were never officially prosecuted, and the two players were suspended for a game by then-Oregon State coach Mike Riley.

Now coaching at Nebraska, Riley had Tracy speak to the Cornhuskers football team in June. Baylor interim coach Jim Grobe reached out to Riley who helped him get in touch with Tracy.

“Mike and I talked, and he said it was very good and worthwhile,” Grobe said. “I called Brenda and asked her if she could come and talk to our team, and she was very willing. I thought it would be good for our players to hear. I thought it was very positive. She had their total concentration, and that told me that she was being heard.”

Before speaking to the Baylor athletes, Tracy had a long dinner with Grobe Sunday night. Grobe became Baylor’s interim coach on May 30 after Art Briles was fired on May 26 in the wake of Baylor’s sexual assault scandal.

“I had dinner with Coach Grobe for 3 1/2 hours Sunday, and he was amazing,” Tracy said. “He was like a sponge, he wants to learn, and really wants to do a good job there. I reframed some of the issues so he could get more of a grasp on it.”

Grobe said Tracy’s message came across loud and clear to the Baylor athletes.

“Her No. 1 message is that it takes good people to solve these problems,” Grobe said. “It takes good men to get involved to solve the problem of sexual violence, and I thought that was a great message to our players. Quite frankly, the good guys don’t get enough said about them. We’ve got an awful lot of good guys on our football team, and her message was they can change the culture and make a difference.”

Tracy is a registered nurse in Portland, Ore., and has two sons who are 22 and 23 years old. She plans to continue to speak to college athletes to help stop the spread of sexual violence on campuses.

“I think because I lived with so much pain for so long, I don’t want anyone else to have to live that way,” Tracy said. “If someone else can be safe, if my story doesn’t happen again, that’s what I want. I want our students to go to college and get educated and not worry about sexual violence.”