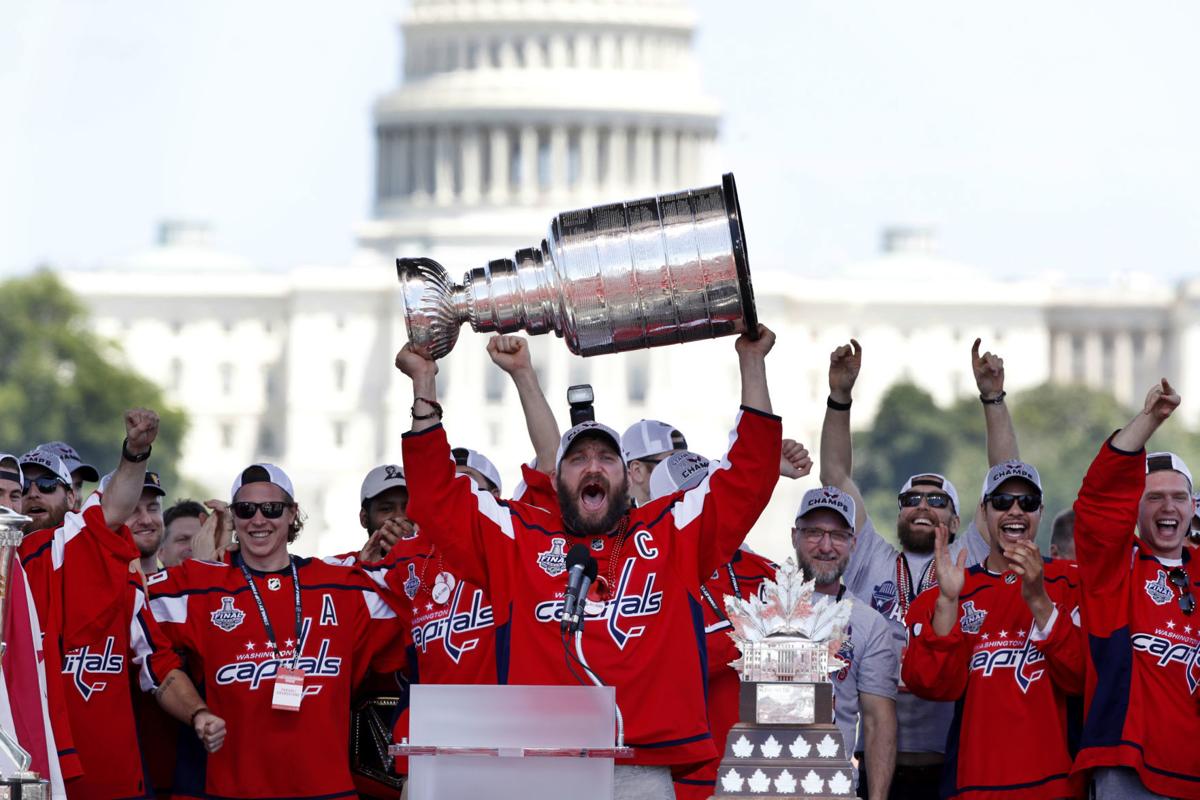 Alex Ovechkin and the 2018 Washington Capitals celebrate their Stanley Cup title. Whoever joins them in the ranks of NHL winners shouldn’t have their achievement diminished by an asterisk, columnist Brice Cherry writes. 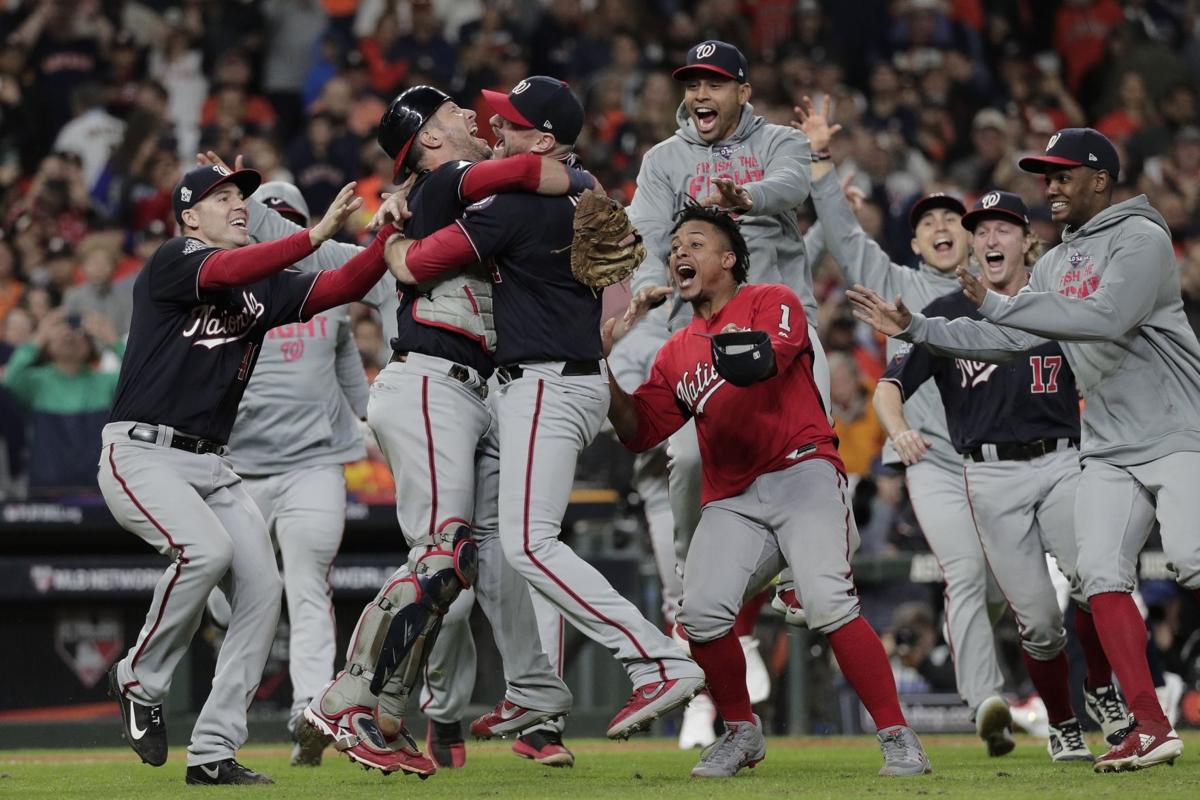 Whoever joins the 2019 Washington Nationals as a World Series champion needn’t apologize for their title during a season shortened by COVID-19.

Alex Ovechkin and the 2018 Washington Capitals celebrate their Stanley Cup title. Whoever joins them in the ranks of NHL winners shouldn’t have their achievement diminished by an asterisk, columnist Brice Cherry writes.

Whoever joins the 2019 Washington Nationals as a World Series champion needn’t apologize for their title during a season shortened by COVID-19.

The NBA and NHL have rolled out plans to resume their seasons. Major League Baseball, at long last, has worked out a deal to play its long-delayed campaign. Assuming those seasons go off without a major hitch – and there’s certainly no guarantee of that – we will crown 2020 champions in each of those leagues.

And yet already some people are discrediting these future champions by voicing the most disgusting of all A-words.

The asterisk stands alone as the most meaningless punctuation mark of them all, especially when it is affixed to a sports team or record. In general writing, the symbol merely refers to a notation somewhere else on the page. In sports, it acts as a black mark, reducing an achievement to something less than it should be.

Yes, 2020 will forever be known as the COVID-19 year. Many of us would call it the strangest year of our lifetimes. It’s undoubtedly the weirdest sports year, with hundreds of tournaments and games and entire seasons canceled due to the virus’s spread.

But as those games inch toward a revival, let’s not disparage the athletes involved by slapping a scarlet asterisk on the front of their jerseys. We all know it wasn’t a “normal” season, a “normal” championship. Nothing about this year has been normal. Nevertheless, a trophy raised is a trophy earned.

Do we not count the Los Angeles Dodgers’ 1981 World Series title because of the players’ strike that interrupted the season? Do we ignore the San Antonio Spurs’ first championship in 1999 because it accompanied an abbreviated lockout year? Of course not. You can bet that their banners are asterisk-free, even if the occasional sports almanac disagrees.

This time, labor strife didn’t alter the season, a worldwide disease did. That’s not the fault of the players in the NBA, NHL and MLB. They shouldn’t be punished just because they unwittingly became characters in “Hindsight is 2020: The Board Game.” Yes, the championship may look and feel different because – hello – the season is different. But different shouldn’t translate as “less than.”

If LeBron James brings banner No. 17 to Laker Land, if Lightning strikes twice for Tampa Bay’s hockey franchise, if the Yankees seize their first post-Jeter title, none of them need apologize. Live it up. Strap on the champagne goggles. Celebrate. As champions, they’ve earned that right.

Remember the painful blemish an asterisk represented for Roger Maris? More accurately, it was just the threat of an asterisk. When Maris chased Babe Ruth’s home run record in 1961, the pressure took its toll on the Yankees slugger. His hair fell out. He struggled to handle the media attention. But worst of all, then-MLB commissioner Ford Frick announced that should Maris break Ruth’s record, it wouldn’t be treated as the real record. That’s because in 1961, Major League Baseball expanded its schedule to 162 games from 154, the number of games Ruth and company played.

Frick’s proclamation became known as the Asterisk, even though the symbol never made it into the record books. Nevertheless, for decades the Elias Sports Bureau, the Baseball Encyclopedia and others separated the Ruth and Maris home run totals. Talk about the worst kind of social distancing. It was a slap in the face to the humble, underappreciated Maris, who of course had nothing to do with MLB’s scheduling change.

Might Ruth have added to his 60-homer total if he would have had eight more games to play? Naturally. More games equals more at-bats equals more chances to send one over the fence. But Frick botched the moment (and overstepped his bounds) with his insensitive proclamation. The record books can still list how many games a player played without sullying the achievement with an editorial comment disguised as a keyboard character.

We’ll never know who might’ve won the 2020 championships had COVID-19 not invaded our personal space and breathed its nasty halitosis all over us. Those debates can be added to all the other great “what might have been” sports arguments in history. For now, instead of getting hung up on that question, let’s appreciate the fact that we’ll soon have playoff games to follow and champions to dissect again.

These will be seasons like none we’ve ever witnessed before. Baseball’s 162-game marathon has been reduced to a 60-game sprint. It’s hard to imagine a baseball season that contains fewer games than feet from the mound to the plate, but that’s where we are.

Survival of the fittest has never meant more than in 2020. This year’s champion could likely be the team that both (a) plays the best in the playoffs, and (b) stays the healthiest. Those championship characteristics hold true in any season, but they are amplified in the age of COVID.

Still, in the end, some sports fans and media members will attach a big, fat asterisk to the titles claimed by this year’s winners of the NBA Finals and the Stanley Cup Finals and the World Series. After all logical explanations why that shouldn’t happen, I’ve finally come around to their viewpoint.

Asterisk away, I say. But use it this way:

*Overcame the most challenging circumstances in sports history.