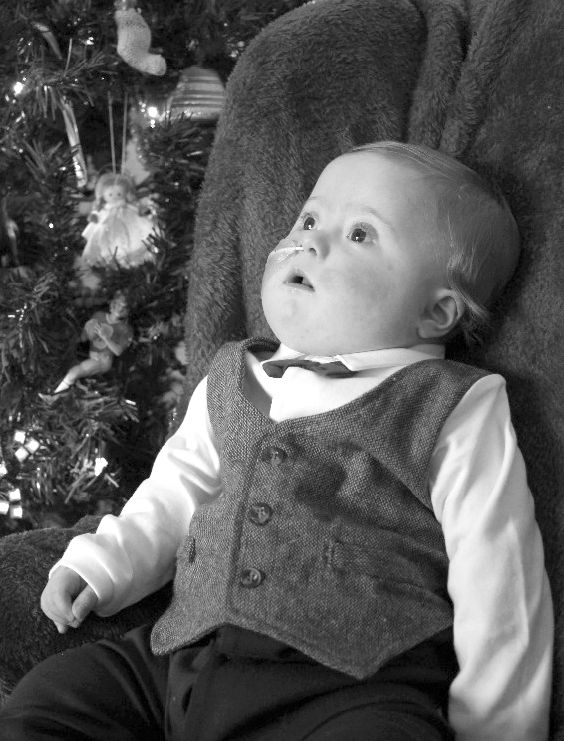 Felix Donovan Flavin, 16 months, received his angel wings on June 18, 2020, after a long illness. Felix was born on February 18, 2019, in Dallas, TX, to Patrick and Rebecca (McCumbers) Flavin of Woodway. In addition to his parents, he is survived by his grandparents, Dorma Dawson of Nebo, West Virginia; Jack McCumbers of Chloe, West Virginia; and Stephen and Marlys Flavin of Burnsville, Minnesota; and his uncle and aunt, Michael Flavin and Aditi Gobburu of Torrance, California. He was preceded in death by his uncle, Charles McCumbers. Felix also leaves behind countless extended family members and friends who cheered him on during the many battles he fought during his short but love-filled life.

Felix's final resting place will be at St. Jerome Catholic Church in Waco, where his family are parishioners. His memorial will be held at a later date when all of his loved ones can gather due to risks of travel and social gatherings at this time. Condolences can be sent through the online Tribute Wall at Grace Gardens Funeral Home & Crematorium in Waco, https://www.gracegardensfh.com.  The family requests that in lieu of flowers, memorials be made in Felix's name to Ronald McDonald House of Central Texas (1315 Barbara Jordan Blvd, Austin, TX 78723), Ronald McDonald House of Dallas (4707 Bengal St, Dallas, TX 75235), or Providence Hospice (6700 Sanger Avenue, Waco, TX 76710).