Celebration of Life will be 6 p.m. to 8 p.m., Monday, January 13, 2020, at West VFW 715 S, Reagan St, West TX 76691. We are asking anyone who is attending to please bring your favorite picture of you and my mom. A meal will be provided. Cherel requested to be cremated and spread with her sister Vanessa at Eichelberger Bridge, this will be done at a later time.

She was born October 26, 1959 in Dallas, Texas, to the late Leroy and Mattie Ruth Webster.

She is survived by her son, Chris Chadwick and many sweet people that called her "mom"; sisters, Karen Walts, Wanda Scholder and husband, Voltor; brother David Webster and wife, Ruth; and her kitty cats that she loved.

In lieu of flowers, memorials may be made to Fuzzy Friends Rescue, 6321 Airport Road Waco, TX 76702.

Larry was born on October 8, 1951 in Hillsboro, Texas to Alfred and Gladys Adler. Larry grew up in Pasadena, Texas and moved to Frost, Texas shortly after graduating from high school. He married the love of his life, Jackie Adler, on August 4, 1977 in Malone, Texas. Larry was a selfless, hard working man who dedicated himself to supporting his family. He enjoyed working outdoors and spent most of his career driving dump trucks. At the time of his death he was employed by Holy Contractors, LLC.

Larry loved the Lord and he and his wife are members of First Woodway Baptist Church. Anyone who knew Larry had no doubt that he loved his family and friends. His life revolved around his wife, daughters, grandchildren, and great- grandchildren – along with other family members and friends who became family to him. He loved cheering on his grandchildren in all they did and never missed an event. He liked to spend the rest of his time watching old Westerns while cuddled up on the couch with his fur friend Bash, or driving around visiting friends and checking to make sure they were okay. He was always the first person to step up and help anyone in need.

He was greeted in Heaven by his parents, grandparents, aunts, uncles, cousins, in-laws, and son-in-law.

In lieu of flowers, donations may be made to the No Limitations organization in Waco, Texas which provides opportunities for the special needs community in Central Texas to gather and enjoy adaptive sports and various activities. paypal.me/nolimitations.waco.

The family would also like to sincerely thank the medical staff at Baylor Scott and White Hillcrest, Waco, Texas and Kindred Hospital Tarrant County Ft. Worth Southwest for the loving and compassionate care given to our beloved Papa. We will be eternally grateful to friends and family for their outpouring of love and support given to us during this time.

Stormy Gale Cole, 44, of Loudon, Tennessee went home on the wings of the angels with George, Binx and Mable at her side.

Visitation will be held at 9:00 a.m., Tuesday, January 14, 2020, at Lake Shore Funeral Home followed by a service at 10:00 a.m. Burial will follow at Oakwood Cemetery in Corsicana.

Stormy knew and loved her Lord, animals, books, and Elvis! She was gifted with the love and compassion for working with special needs children and adults.

Stormy was preceded in death by her father, Melvin Hardy Cole, Jr.

Heaven is a much more organized, brighter and blessed place now. "Thank you, Lord, for sharing her with us for this short time."

Thoughts and memories may be shared at www.LakeShoreFH.com

Dr. Ralph Lee Rummage, 93, of Waco, passed away Wednesday, January 8, 2020. A Memorial Service will be held at 1 p.m., Friday, Jan. 17, at the Columbus Avenue Baptist Church, 1300 Columbus Ave., Waco, with Pastor Josh Vaughn officiating. A private burial will be held at Oakwood Cemetery. Visitation with his family will be 5 p.m. to 7 p.m., on Thursday, Jan. 16, at OakCrest Funeral Home, 4520 Bosque Boulevard, Waco.

In lieu of flowers, memorials may be made to International Mission Board, 3806 Monument Ave., Richmond, VA 23230.

View his video and sign the online guestbook at www.oakcrestwaco.com

Pattye Royal Mayfield passed away, January 6, 2020. A private inurnment will be held at Waco Memorial Park.

Pattye was born November 4, 1934. She married Marshall David Mayfield August 4, 1956. Pattye served in the US Air Force and enjoyed spending time and making memories with friends and family, especially her grandchildren. 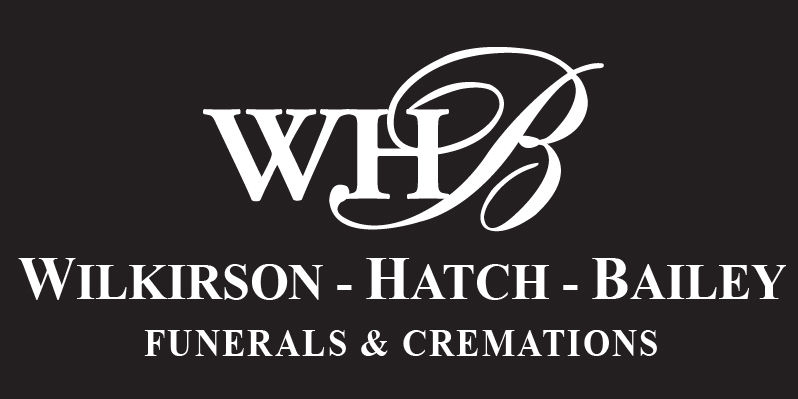 Around the age of 12, with the passing of her father, the family moved to Houston for a short time. In 1943, they then moved to Waco where she attended school and graduated from Waco High School in 1947. Letha attended 4-C Business College and later attended Baylor University while working at the Baylor library. One regret Letha had in her lifetime was not obtaining her college degree. She said, "I was just having too much fun!" However, she instilled the importance of education in all of her children.

After attending college, she worked at various jobs over the years including James Connally Air Force Base, General Tire, and the YWCA. Joining the advancement of entrepreneurship by women in the early 1970's, Letha and a good friend, Ruth Steinke, owned and operated Dupriest Employment Agency for several years. She later went to work for Brazos River Authority as a receptionist, then retiring after 22 years of service to care for her husband, Mark Sr.

While she worked at General Tire, she met the love of her life, Mark Gradel Sr. They were married for 44 years. They raised four children and enjoyed traveling to Navy reunions throughout the country. Letha also volunteered at the VA Medical Center and Providence Hospital after Mark's death.

Both Mark and Letha came from large families and reunions were a major part of their lives. On the way to her 90th birthday celebration with family, and just a few days before her death, Letha said, "I like when we all get together!" Even though she suffered from dementia, Letha acknowledged family was still important.

She was preceded in death by her parents, and husband, Mark Sr.

The family would like to thank the staff and caregivers at Heartis Waco for all the compassionate care they showed Letha for the last three years of her life.

Memorials may be made to the Alzheimer's Association, Providence Hospice or to a charity of your choice. The family invites you to leave a message or memory on our "Tribute Wall" at www.WHBfamily.com