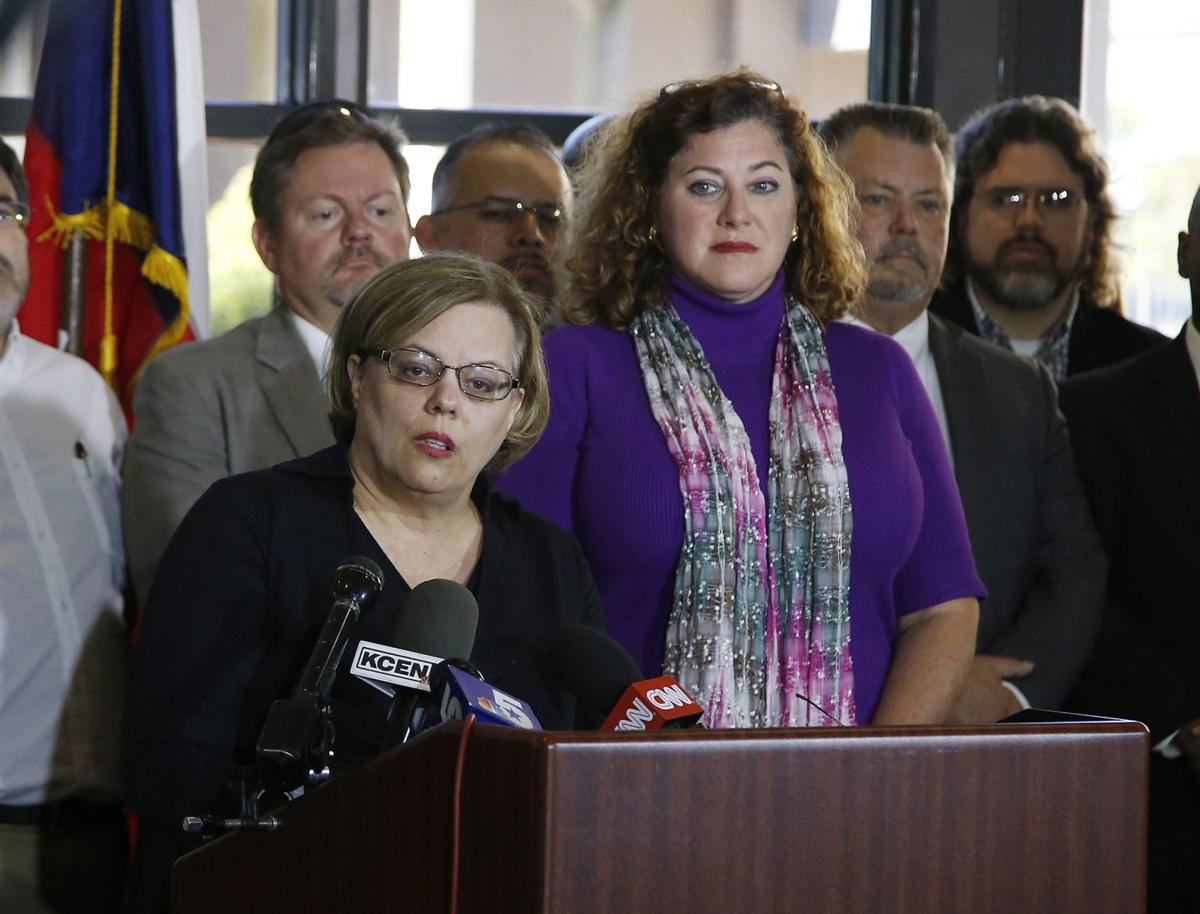 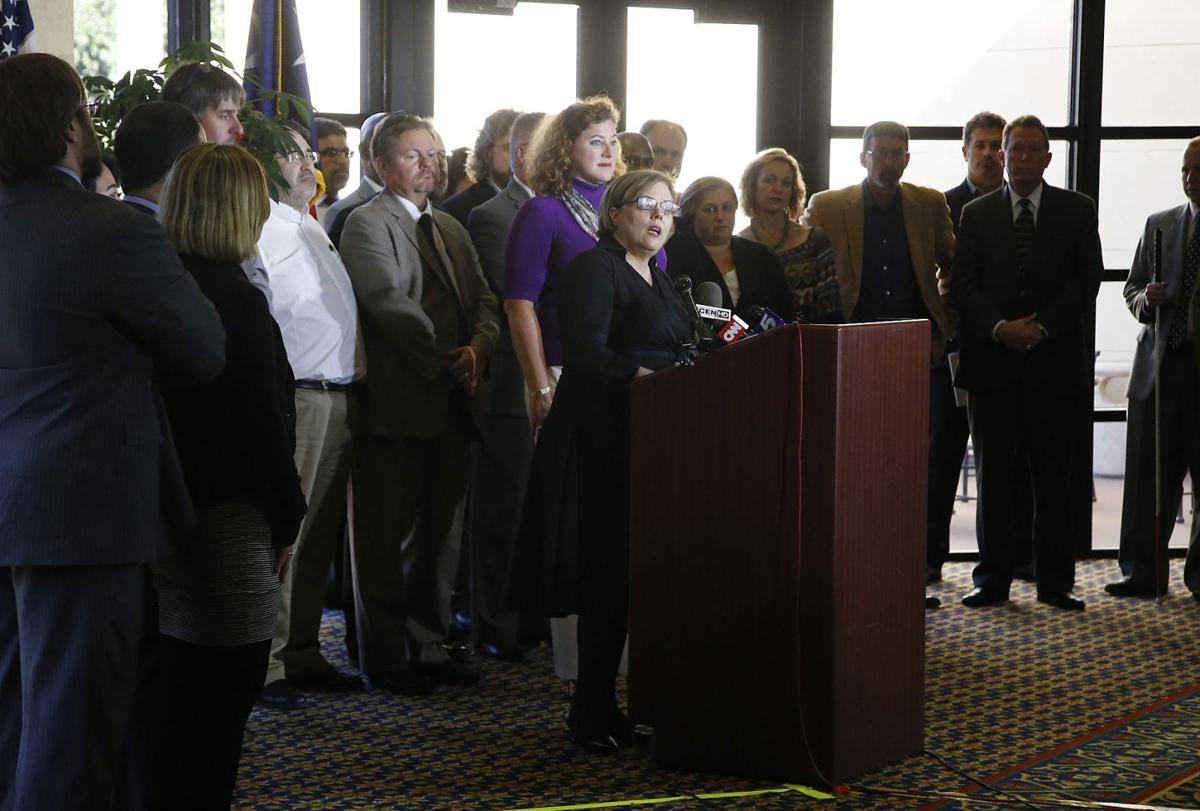 Attorneys for bikers arrested in the Twin Peaks shootout speak to the media Thursday at the Waco Hilton. 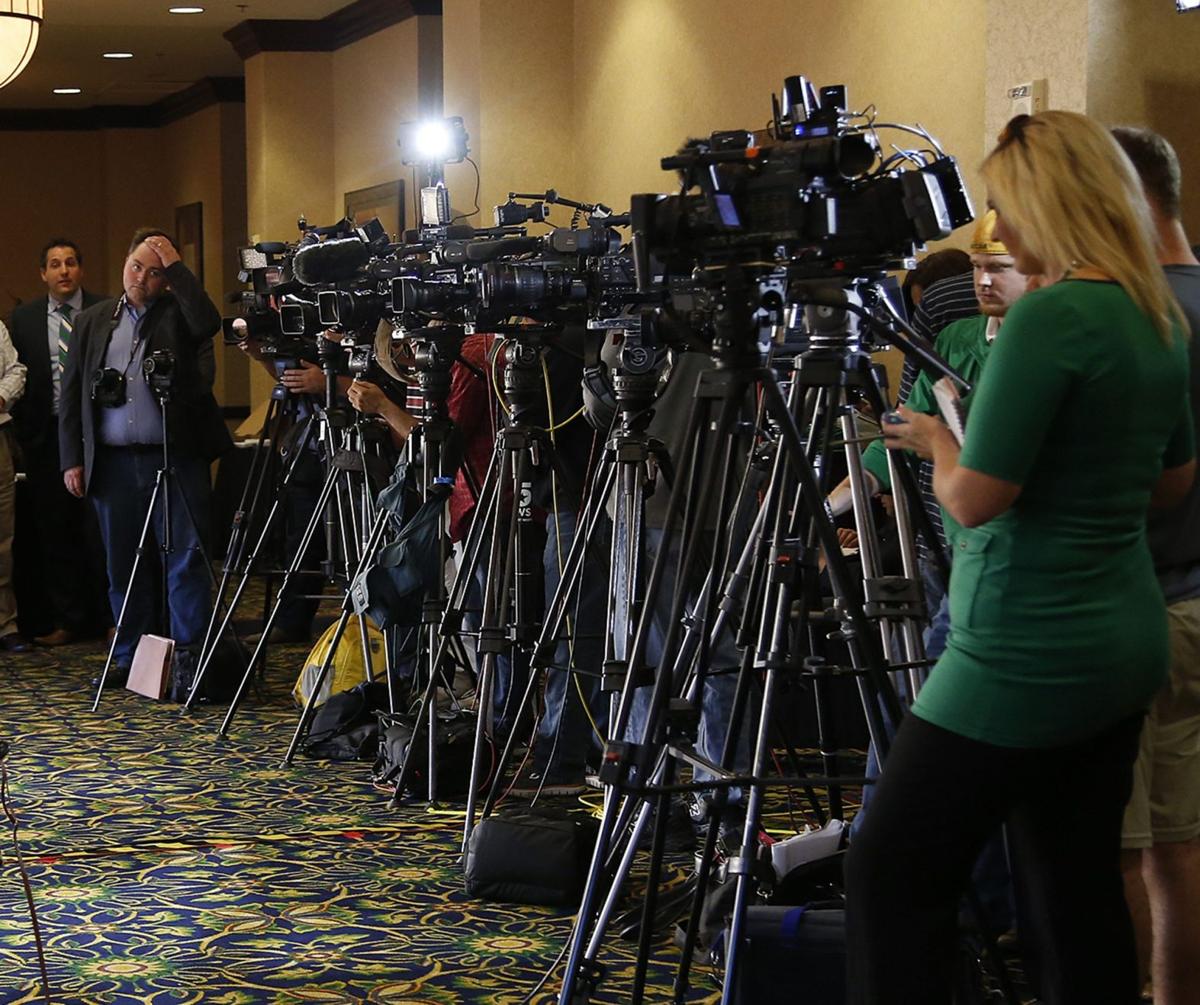 Attorneys for bikers arrested in the Twin Peaks shootout speak to the media Thursday at the Waco Hilton.

About 30 defense attorneys representing bikers arrested in the May 17 Twin Peaks shootout called for McLennan County District Attorney Abel Reyna to provide them with solid evidence against their clients or to dismiss the cases in the interest of justice.

Flanked with a backdrop of more than two dozen lawyers, attorneys Susan Criss, a former prosecutor and state district judge from Galveston, and Dallas attorney Susan Anderson presided over a press conference Thursday at the Waco Hilton that featured a lot of bluster but very little new information.

Criss and Anderson continued to sound what has become a common refrain among attorneys for the bikers and many in the motorcycle community — the entire Twin Peaks episode has been mishandled by police and prosecutors since before the first bullet was fired outside the crowded restaurant that Sunday afternoon.

Reyna did not return a phone message left at his office Thursday.

The attorneys criticized everything from what they called insufficient probable cause to arrest 177 bikers; to identical, non-specific arrest warrant affidavits; to $1 million bonds that one judge said were designed to “send a message;” to 106 identical indictments returned last week.

“You can’t love the Constitution and continue to deprive defendants of basic civil rights,” Criss said, speaking to a bank of 10 TV cameras.

Citing ethical obligations, the attorneys would not address specific evidence they have gained through the discovery process or talk about individual biker cases. But, Criss said that in mass litigation cases like the bikers’, officials should “never sacrifice justice for expediency.”

Much of the press conference included information that could be in a civics lesson, with the attorneys talking about probable cause, laws regarding bail bonds, the grand jury process and the criminal justice system in general.

“The problem we have in this case is the lack of individualized attention in the arrests, the bonds, the arraignments and in the indictments,” Anderson said. “You can’t have one-size-fits-all or fill-in-the-blanks. You have to look at each case individually. But we are here to say that this is where the rubber stamp meets the road.”

The attorneys said instead of the mass arrests, officials should have detained the bikers for a brief period, conducted an investigation into the deadly incident and then come back to arrest those who needed to be arrested.

Instead, the lawyers said, police and prosecutors locked up anyone wearing a biker vest that showed an affiliation with certain groups, in violation of their rights to freely associate. Mere presence alone at a crime is not evidence of guilt, they said.

The attorneys said they have not seen ballistics reports that they hope will show who shot the nine bikers who were killed and others who were shot. Waco police have said three officers fired at total of 12 shots during the melee.

Waco police also reported that 475 weapons were recovered at the scene, including 151 firearms, 12 of which were long guns. Other weapons found included knives, brass knuckles, batons, tomahawks, weighted weapons, a hatchet, stun guns, bats, clubs, a machete, a pipe, an ax, pepper spray and a chain.

Of the 106 indictments made last week, nine were filed under seal because the bikers had not been arrested. As of Thursday, three of those indictments remain sealed.

Reyna said last week that the other 80 biker cases will be considered by a grand jury “in some form or fashion.”

The next grand jury is scheduled to meet Dec. 2.