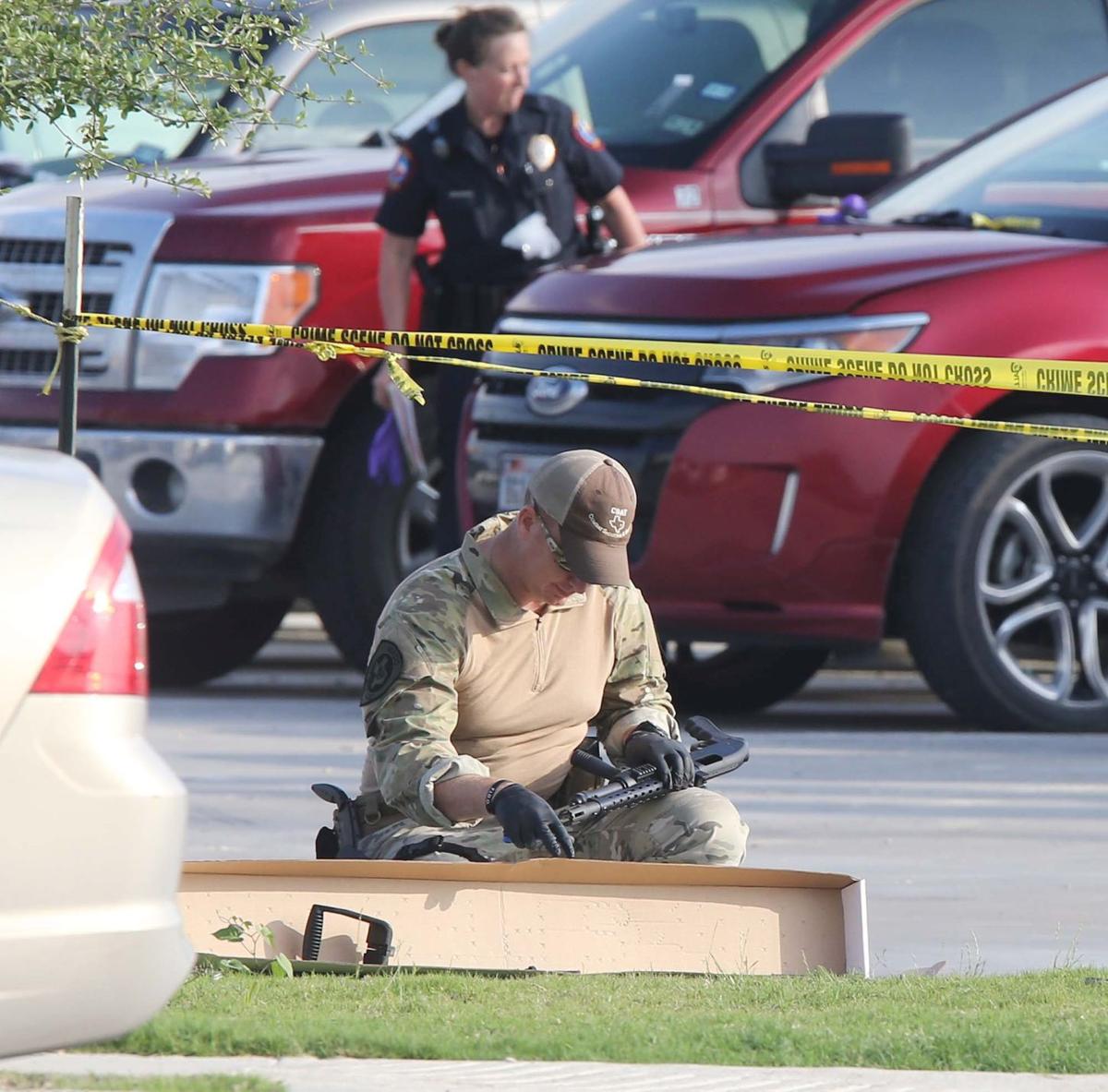 An officer examines a gun found in a car at the Twin Peaks parking lot the day following the shooting. 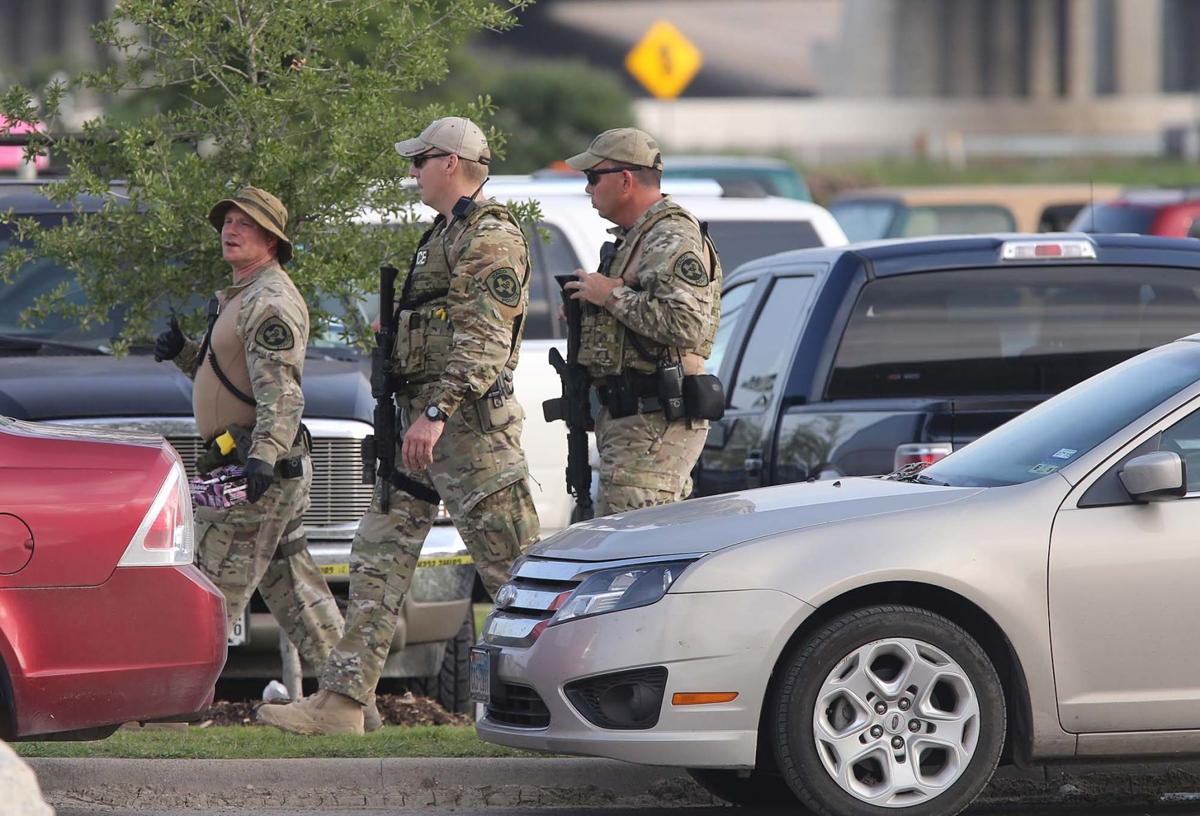 Law enforcement officers patrol the rear of the Twin Peaks restaurant on May 18, one day after the shootout.

An officer examines a gun found in a car at the Twin Peaks parking lot the day following the shooting.

Law enforcement officers patrol the rear of the Twin Peaks restaurant on May 18, one day after the shootout.

At least one federal agency called upon to assist Waco and McLennan County law enforcement officials after the Twin Peaks shootout has completed its task.

The Bureau of Alcohol, Tobacco, Firearms and Explosives has traced the histories of 151 firearms recovered from the restaurant grounds and seized from bikers’ vehicles May 17 after nine people were killed, two dozen wounded and 177 jailed on engaging in organized criminal activity charges.

Senior Special Agent Nicole Strong, an ATF spokeswoman, said Thursday that the ATF was asked to perform firearms traces but is leaving any investigative decisions up to the Waco Police Department and the McLennan County District Attorney’s Office.

“We have completed the firearms traces,” Strong said. “It is essentially tracking the life of the firearms, from the point it was manufactured, to who the first purchaser was — which is normally a licensed firearms dealer — to who the next purchaser was all the way down to the final purchase. How many times did it get bought and sold? We are complete with our end of it and, obviously, the investigation is a question for Waco PD. They just asked us to trace the guns.”

Strong said the guns were shipped to a lab in California for the ATF’s role in the investigation.

“The main goal was to see who the legal purchaser was,” she said. “We wanted to know if a gun went from a manufacturer to John Smith and that is the last known purchase, and then that gun ends up in the hands of one of the people in the Twin Peaks shooting who was in prohibited possession. We want to know how it went from a legal possession to an illegal possessor.”

He said the news that the ATF has finished its trace work is meaningless to his client because he did not have a weapon that day.

“I don’t think it matters much,” Looney said. “There wasn’t ever a weapon that anybody thought that my client had from the very beginning. Law enforcement knows my client didn’t have a weapon, so it doesn’t help my client a bit.”

District Attorney Abel Reyna did not return phone messages left at his office. His first assistant, Michael Jarrett, has said that it could be up to a year before analysis of evidence from the case is finished and that his office is not ready to go to trial.

“It just perplexes me that they went and arrested everybody and indicted everybody and then chose to throw the evidence together later,” Looney said Thursday. “That is just not the way we do things in America. In America, we get our evidence together, then we follow it with an arrest and indictment. This is my first experience with arrest them first and figure out the evidence later. If that is the reason they are delaying my client’s trial, that is just unconscionable.”

Looney said he and his client, who is free on bond, are waiting for the 10th Court of Appeals to rule on his application for writ of mandamus, which asks the court to order Strother to give Ledbetter a trial date.

“I don’t know how they can ignore that request, but in this case, the unbelievable seems to be the routine,” Looney said.

The term of the grand jury that returned indictments against 106 bikers was extended through March to continue the Twin Peaks investigation. The grand jury is set to return March 23 to consider the remaining cases.

A McLennan County grand jury that returned indictments against 106 bikers in November will be called back into service on March 23, a judge sa…