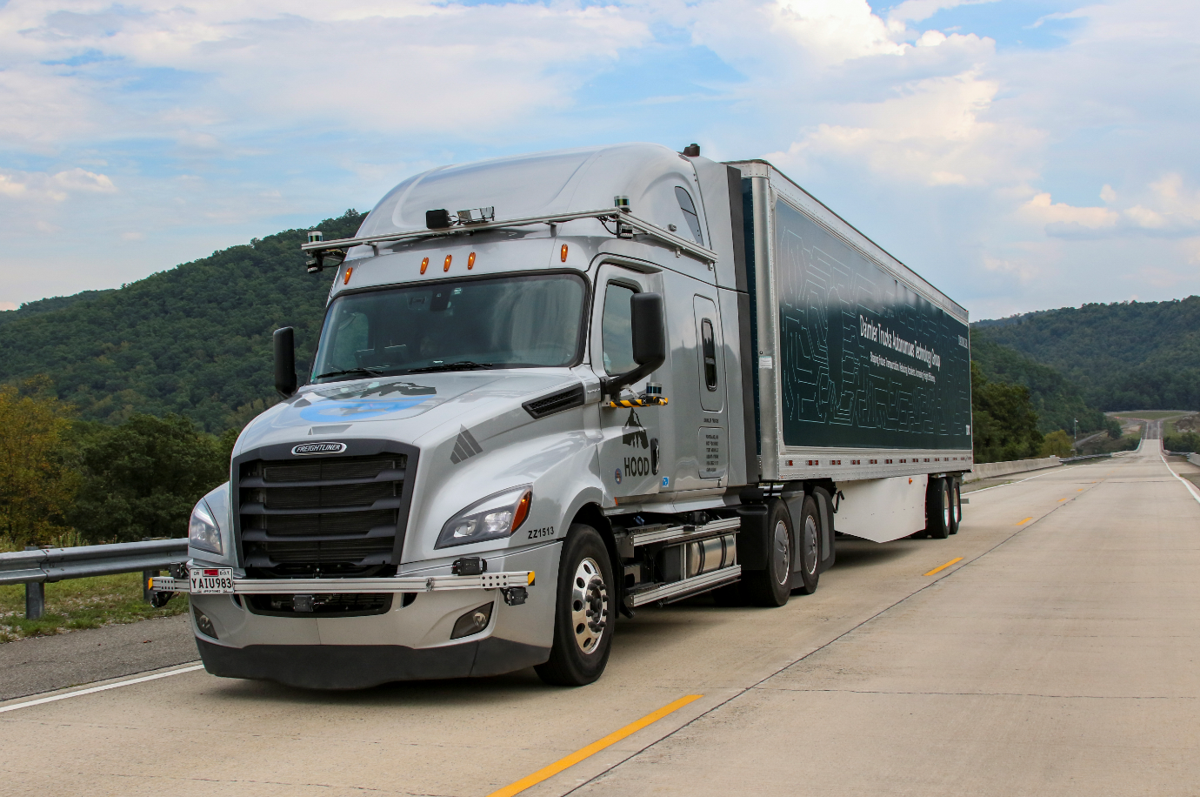 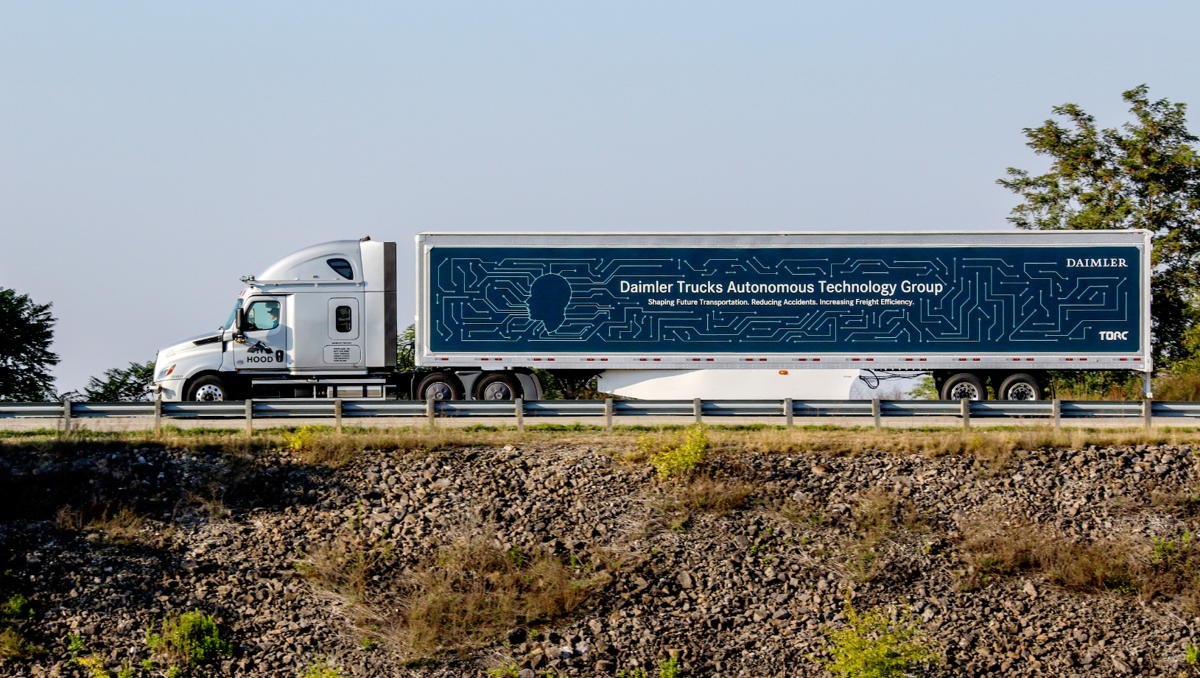 Daimler Trucks is testing highly autonomous trucks in Southwest Virginia using the technology of Blacksburg-based Torc Robotics. The big rigs still have a driver in the front seat who can take over in tricky situations, but in proper conditions the truck can drive itself. Daimler executives have said they intend to invest in the company’s presence in Southwest Virginia.

Daimler Trucks is testing highly autonomous trucks in Southwest Virginia using the technology of Blacksburg-based Torc Robotics. The big rigs still have a driver in the front seat who can take over in tricky situations, but in proper conditions the truck can drive itself. Daimler executives have said they intend to invest in the company’s presence in Southwest Virginia.

The news comes after regulators approved Daimler’s acquisition of Torc Robotics, the Blacksburg company that has been developing self-driving technology for over a decade.

Now that Torc is officially part of Daimler, what better place to test the company’s new self-driving trucks than in Torc’s own backyard?

The trucks will be highly autonomous, which is referred to as SAE Level 4 in the robotics industry. Drivers are still present in Daimler’s tests, but they don’t have to be. As long as the proper conditions are met, such as weather and route, the truck is completely capable of driving itself.

Daimler, which is best known for brands like Mercedes-Benz and Freightliner, isn’t the only company putting these kinds of self-driving trucks on the road. But it does mean the region is — once again — poised to serve as an early testing ground for much-anticipated technology.

According to Monday’s release, the trucks were tested on closed tracks for months before moving to public roads. They will have trained safety drivers behind the wheel and an engineer overseeing the system.

It wasn’t immediately clear how many trucks will be on highways around Blacksburg, where exactly they’ll drive and what — if anything — they’ll be hauling.

Photos provided by Torc show the trucks clearly marked so they stand out on the road. The images show a Freightliner truck pulling a trailer with Daimler and Torc’s logos beside the words, “Daimler Trucks Autonomous Technology Group.”

“As we pair Daimler’s best-in-class safest-on-the-road trucks with Torc’s genius in engineering Level 4 vehicles, we have no doubt we will do great things in the future,” Daimler Trucks North America CEO Roger Nielsen said in a Monday press release. “We look forward to writing history together. The U.S. highways are the perfect place to develop automated driving technology.”

Torc Robotics is remaining a separate company after Daimler acquired the majority of the business. It will have its own name, logo and customers. Rather than abandoning the company’s Blacksburg roots, Daimler executives have said they intend to invest in growing the company’s presence in Southwest Virginia.

In August, Torc CEO Michael Fleming said the company had begun construction to double the size of its office in the Blacksburg Industrial Park.

“Being part of Daimler Trucks is the start of a new chapter for Torc,” Fleming said in the news release. “Our whole team is thrilled to be working alongside our Daimler colleagues as we pursue the commercialization of Level 4 trucks to bring this technology to the market because we strongly believe it can save lives.”