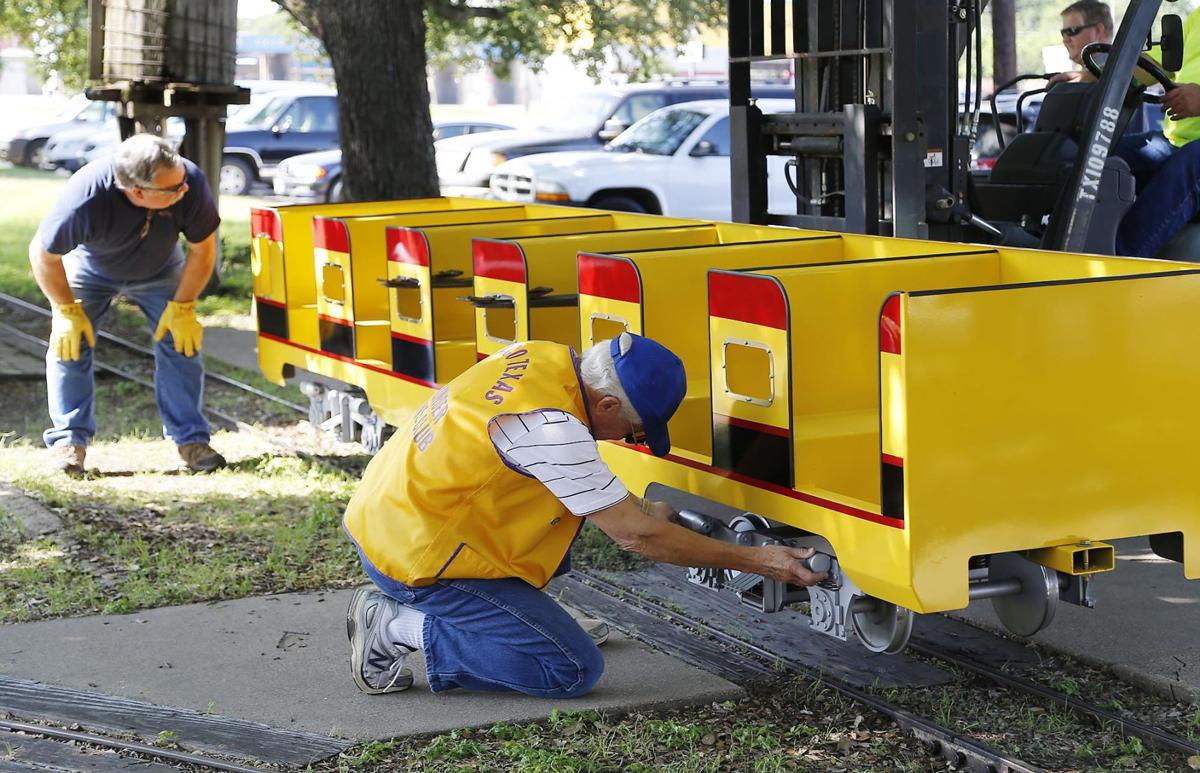 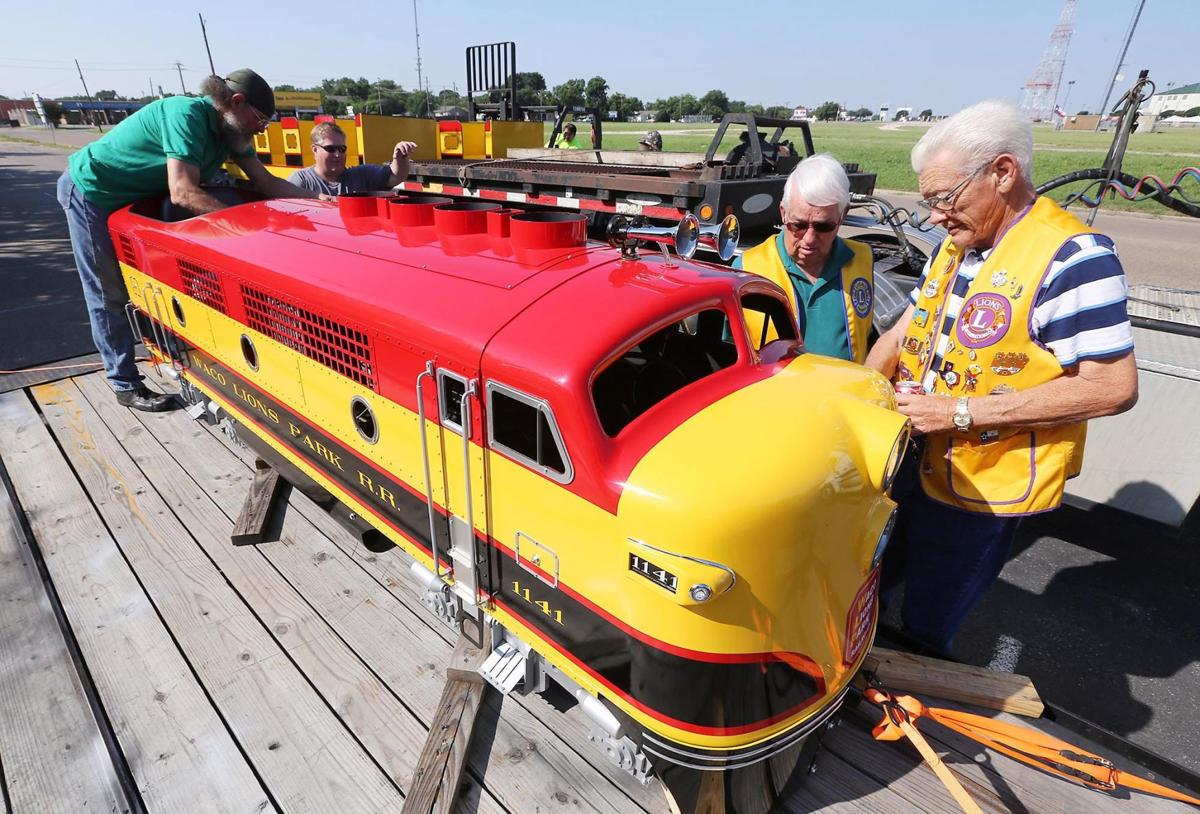 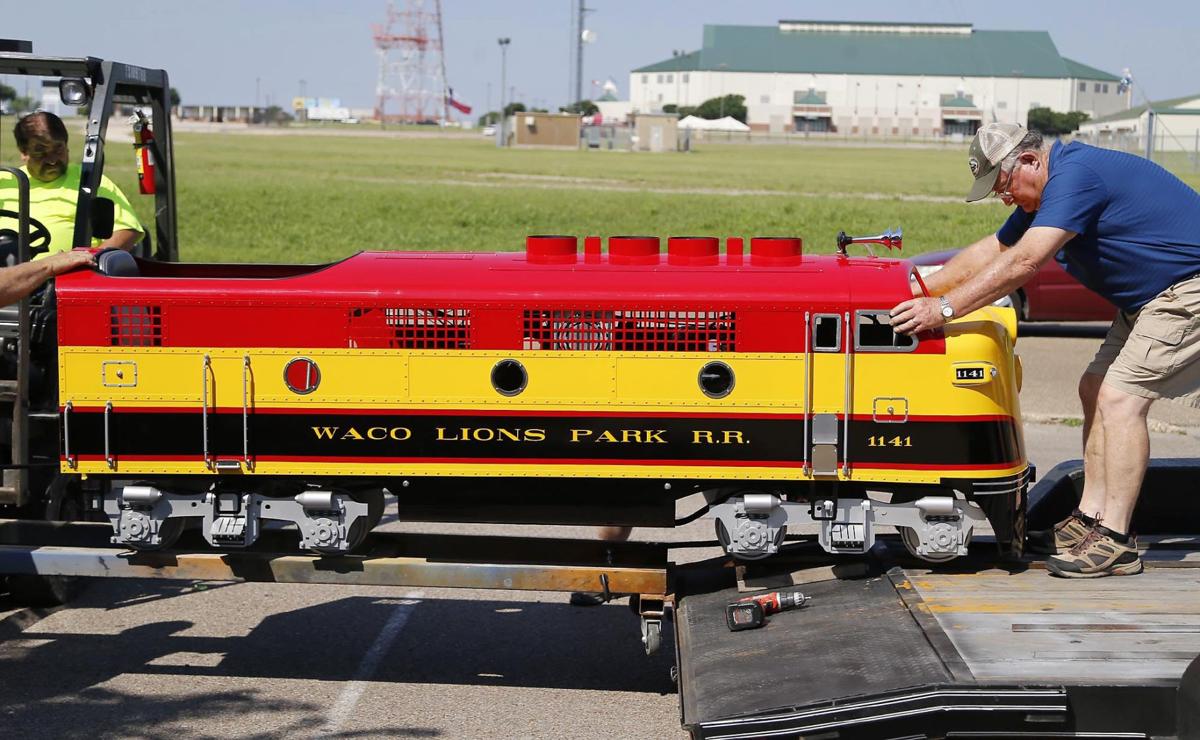 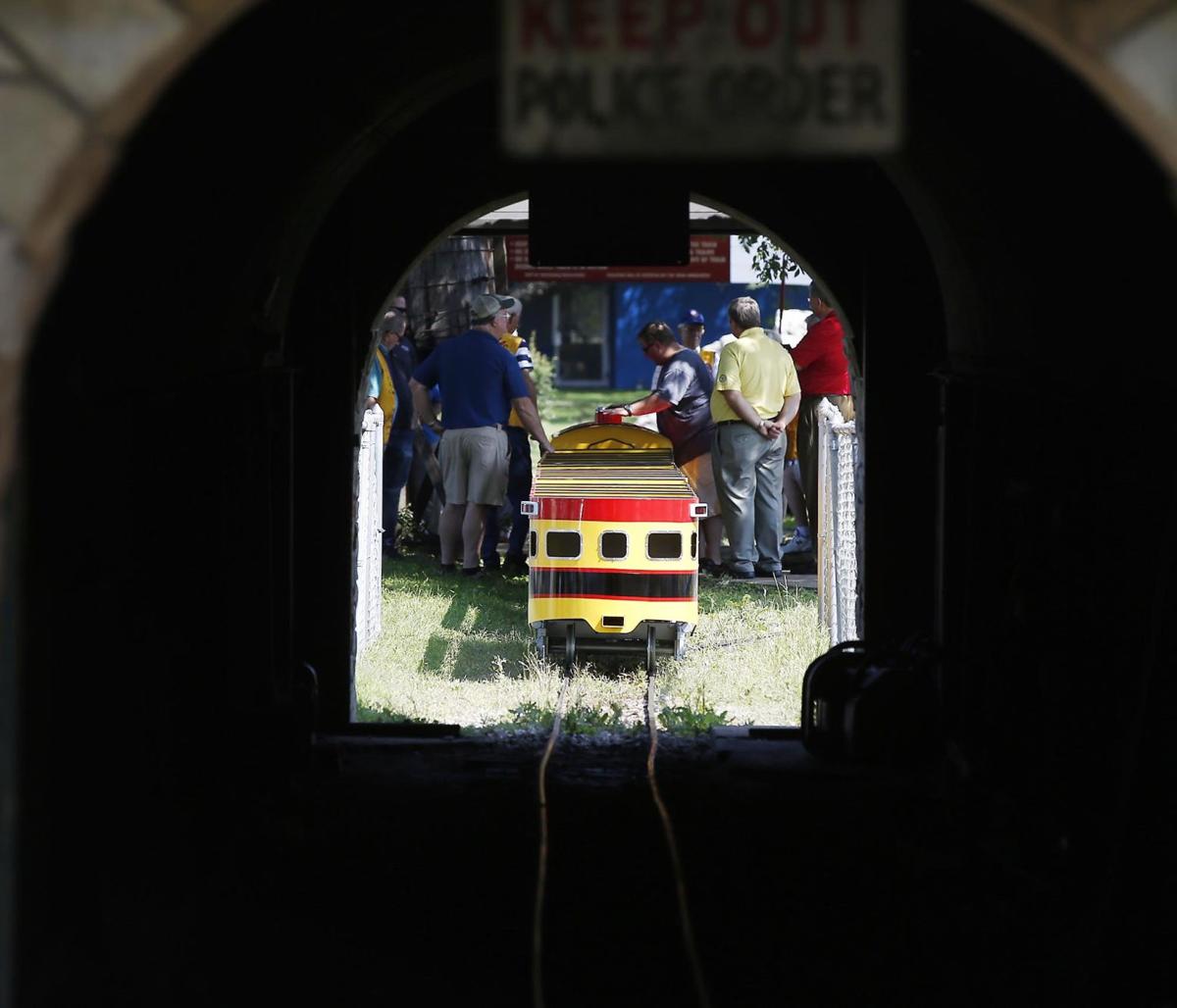 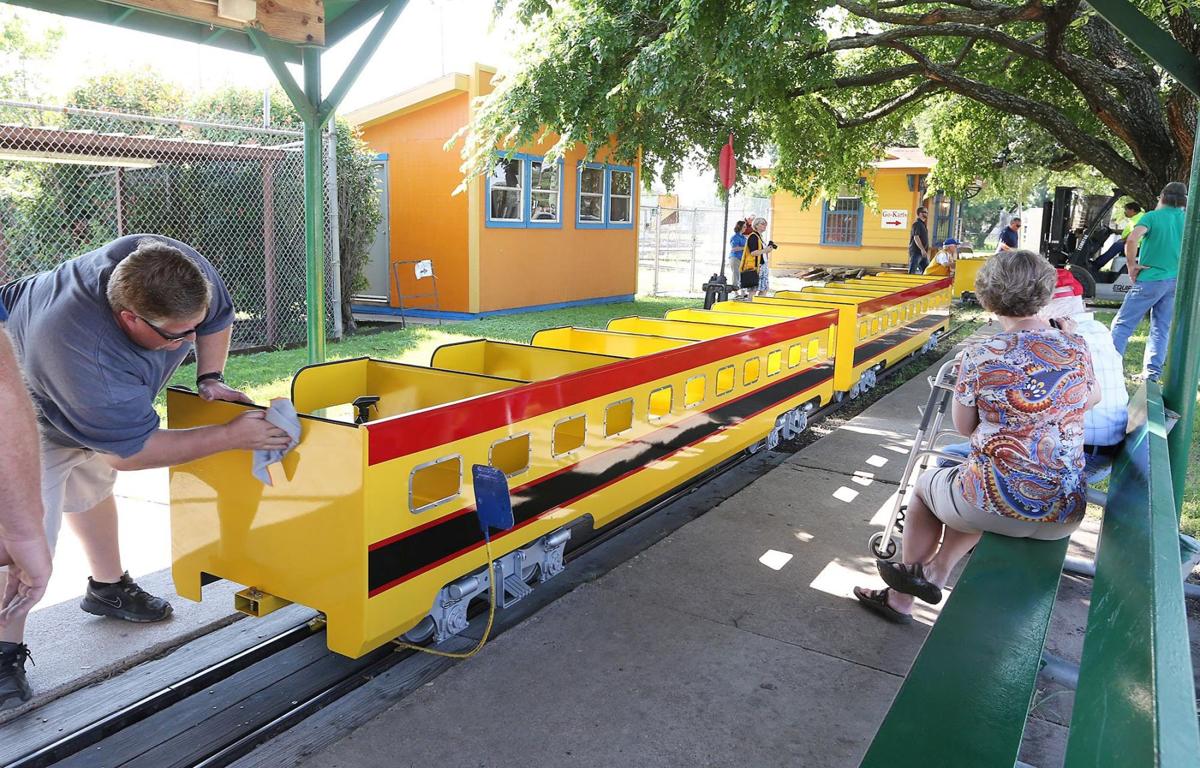 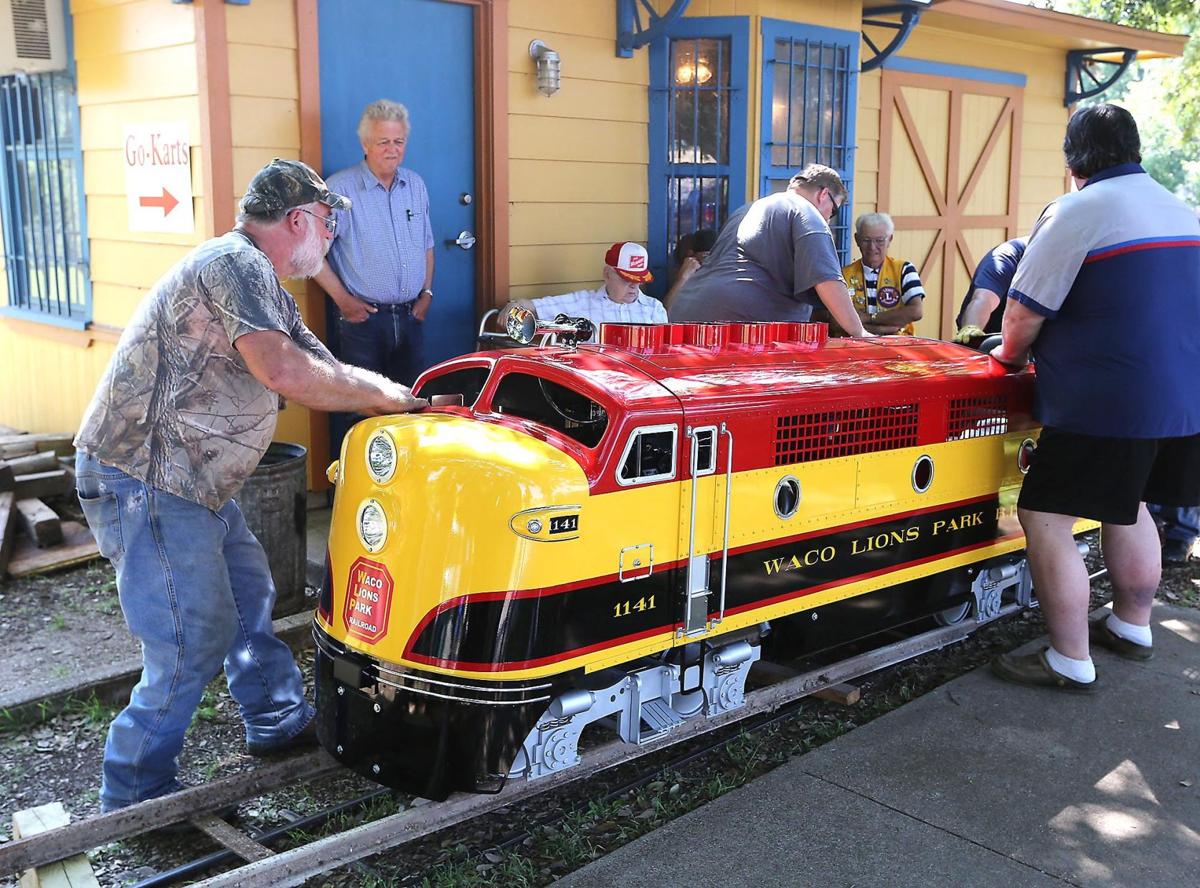 Waco Lions Park has installed a new train ride just in time for summer, replacing the approximately 50-year-old locomotive that had outlived the manufacturing of its replacement parts.

Volunteers and Lions Club members spent Thursday morning carefully unloading the 55-foot train from a truck in pieces and assembling it on the track.

Members said this is just another step in the process of revitalizing the vintage amusement park at 1715 N. 42nd St.

In September, the city landmark received Monkey Mayhem, the first new ride installed at the park in at least 50 years.

In recent weeks, bits and pieces of the park have slowly transformed under fresh coats of paint in preparation for the summer crowds.

C.C. Sirkel, operation manager for Lions Park, said the club received a $70,000 bank loan to purchase the new attraction at the 1950s-era park.

Sirkel said the club can pay for the train, but just didn’t have that amount of cash on hand.

Harvey Spross, chairman of the board that oversees the nonprofit park, said the community has continued to support the facility, and club members are working hard to make the park first-class.

Spross said the train always has been one of the key attractions, but its age has brought about continual maintenance problems.

“Everyone enjoys it, grandpas and grandmas and kids and everyone in between,” he said.

The new train — a 10-foot-long engine with three 15-foot, yellow, black and red carts — will be available June 13 for rides for the public.

“I think it’s the biggest shot in the arm we’ve had in years,” he said.

Volunteer John W. Linda, with Waco Fire Department, said three generations of his family have worked to repair the old train through the years.

Linda said replacement parts for the train have been virtually nonexistent for years, making the upkeep more difficult.

To completely rehabilitate the old train would have cost about the same as a new train, he said.

Todd Swan, owner of Lufkin-based Swannee River Railroad Co, said a train like this normally takes about eight months to build, but he constructed this one in 4 1/2 months because he knew the park was in need of the new addition.

Other improvements are planned for the park as funds become available, Spross said. But funds are not abundant because the club tries to keep prices down to allow all families the chance to visit, he said.

“We could charge more and do things quicker, but that’s not our purpose,” he said.

The Super Slide is the on the list for renovations, there are plans for a Ferris wheel, and club members have targeted a number of other rides, Spross said.

“We plan to make it even better,” he said of the park. “It’s been a mainstay for kids and families. We invite everyone to come in. The more, the merrier.”

Spross said the park will sell the old train and already has heard of several interested parties.

“They’re in heavy demand. People all over the country want a train,” he said.

The new train that was briefly taken out of service at Waco Lions Park is back in business, as Lions Club officials move forward with a capita…

Lions Park train enjoyed by the young at heart

Thirty-two seniors, including 100-year-old Virginia Gural, climbed aboard the Waco Lions Park train for a trip around the grounds Friday.