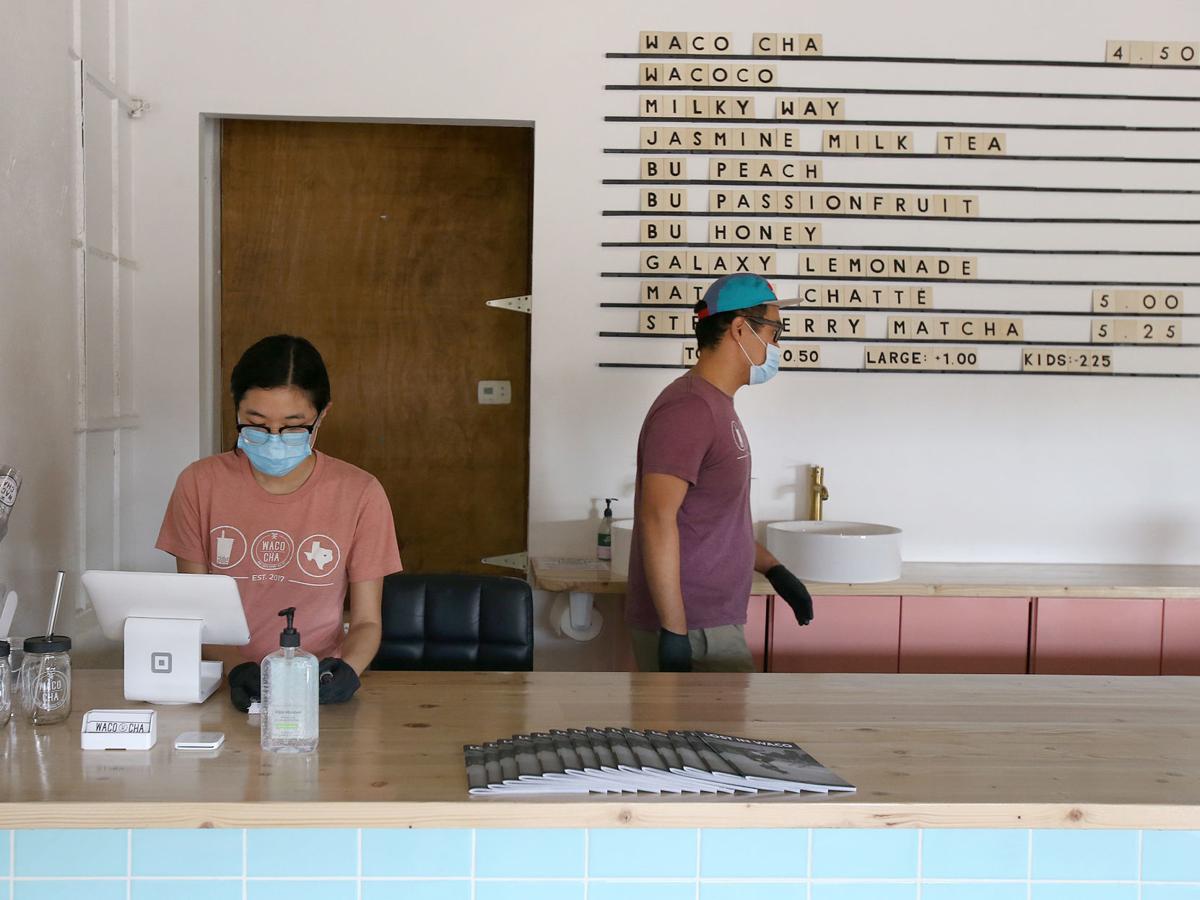 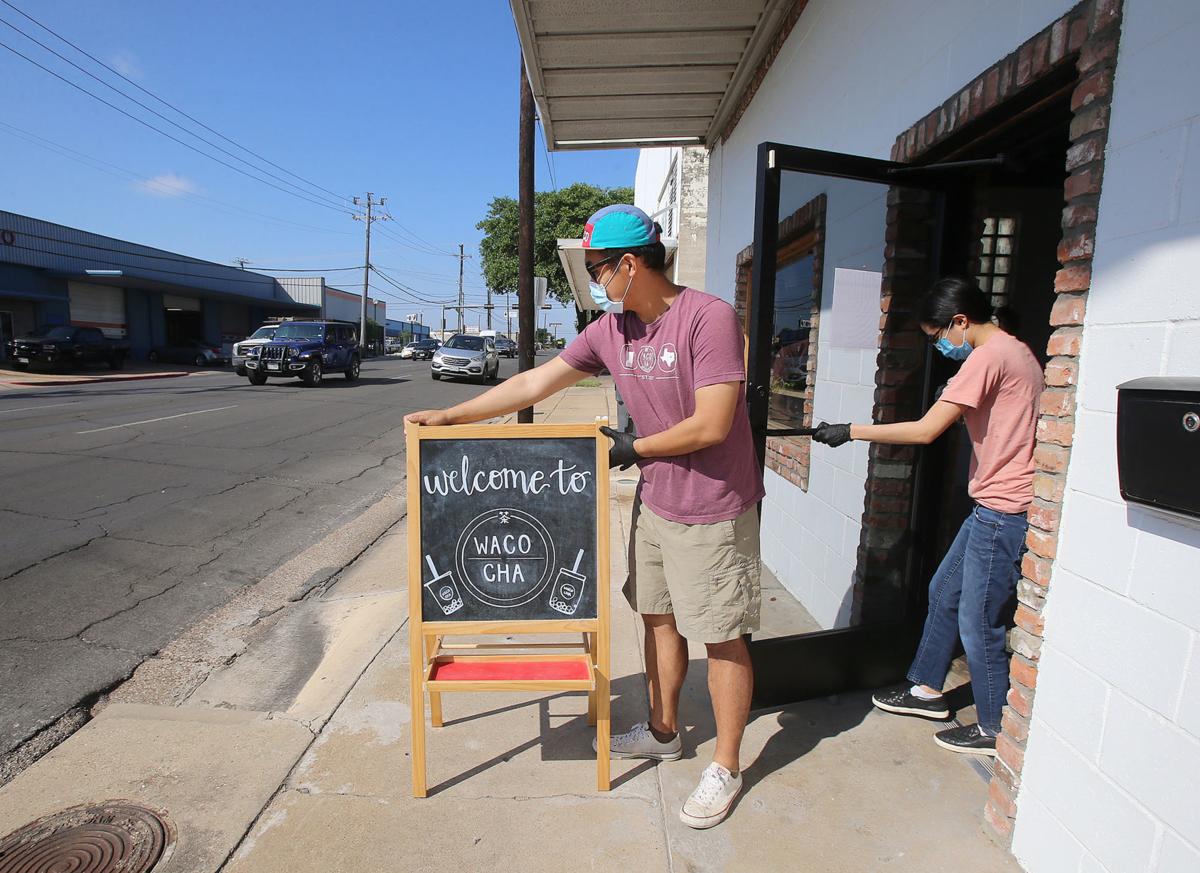 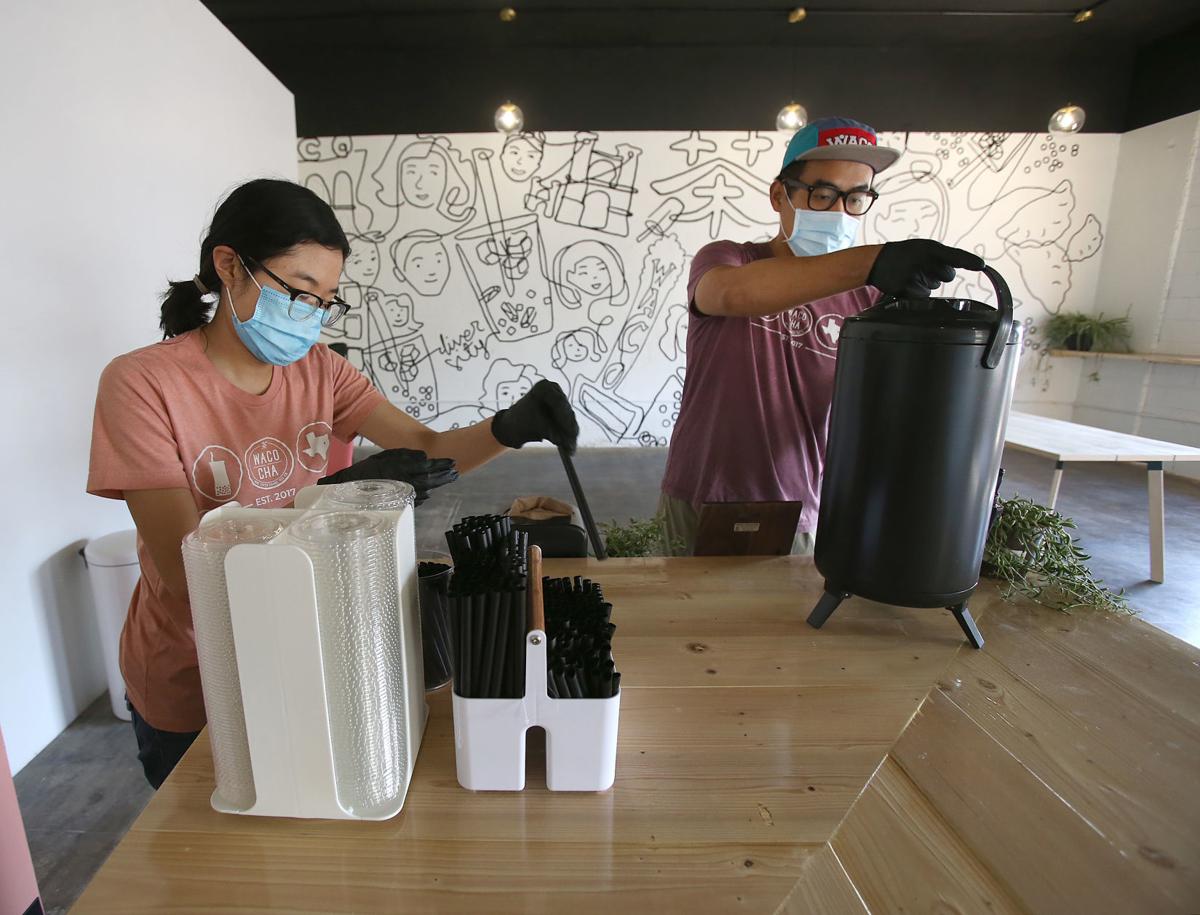 Waco Cha officially changed its address Monday to a brick-and-mortar shop at 1001 Franklin Ave., across the street from the parking lot where its food truck has been plying its trade.

It’s a short walk across Franklin Avenue, but the journey has been slowed by a COVID-19 pandemic that has wreaked havoc on small businesses. Now the couple that owns it are making the leap in the new location, making boba tea and Asian-style box lunches and hoping promised help from the federal government will come soon.

Waco Cha, like other smaller ventures, has sought financial assistance from the federal CARES Act and from local sources as it copes with unprecedented conditions.

Sloan Kuehl, an executive vice president with First National Bank of Central Texas, said Monday the bank processed some 600 requests for loans over 30 days in the Small Business Administration’s Payroll Protection Program, which received $454 billion in the $2.2 trillion stimulus package.

When the first round dried up, lawmakers earmarked another $454 billion. Kuehl said First National received about 100 new requests.

“Certainly there is a limit to what any bank can do, and we made the very difficult decision to help our customers, those who have been loyal to us,” said Kuehl. “The SBA did have a minimum loan size of $1,000, and it charged banks very little in underwriting. It set the criteria and we followed it.”

He added, “I’ve read about some businesses nationally having trouble accessing the money. They couldn’t get through the application process. We only had a couple that did not meet minimum requirements, and the very few applications that came in the very day the money ran out in Phase 1, they became first in line in Round 2.

Our applicants were heavy on payroll needs, though a very few needed help with utilities or rent.”

Waco Cha co-owner Jaja Chen said Monday the business has been pre-approved for a PPP loan, but no money has yet arrived in its bank account.

Chen and her husband, Devin Li, both Asian-Americans with immigrant backgrounds, made an impression at the Waco Downtown Farmers Market, and developed a following for their handcrafted organic milk tea.

Their market presence grew to include a mobile food truck, most often parked at Milo All Day on Franklin Avenue.

Continued success convinced Chen and Li to sign a lease at 1001 Franklin Ave., a building owned by Aris Galanis and his daughter, Dorothy Lentis, who own 1424 Bistro and Alpha Omega Mediterranean Grill and Bakery. Galanis told the Tribune-Herald in a recent interview she received a $51,000 PPP loan to keep her business afloat.

As opening day for Waco Cha approached in March, COVID-19 began to make headlines and force the hand of state and local governments, both of which ruled that restaurants and drinking establishments must join a host of other venues in going dark. Customers had to pick up meals curbside or visit drive-thru lanes.

“The timing was crazy,” said Chen in an interview.

Fast forward to Monday, and better news from Chen and Li.

“Waco Cha is officially opening our storefront . . . for to-go orders only to begin with and with phased reopening,” said Chen in an email message. “We couldn’t have done it without the continued support of our local community and guests we serve day in and out.”

She said fans have steadily patronized the business throughout the pandemic, even as Chen and Li recalculated their future. They applied for a PPP loan, a grant of up to $5,000 from a newly launched Waco-McLennan County assistance fund, and a loan from the Economic Injury Disaster Loan program, Chen said in an interview.

“We put a pause on renovations to the front of the house, moved everything to the kitchen, where we have operated right up until today,” said Chen, speaking by phone about the storefront unveiling.

“In addition, with the continued support of our local community around us and our Waco Cha team members, we were able to creatively adapt and innovate throughout the pandemic and to move ideas into reality — including beginning our new weekend Taiwanese food concept — Waco Bao boxes,” Chen said.

Meanwhile, employee Mayela Hernandez began overseeing production of Waco Cha-themed masks for its Masks for All campaign, in which Waco Cha donated five masks to local hospitals and nonprofits per cloth mask sold.

So far, more than 700 masks have been distributed locally.

Chen said COVID-19 has meant reduced hours but no layoffs among her 10 staffers, including herself and her husband. She said she and her husband determined strengths among staffers and allocated duties accordingly.

The storefront is in place, but Waco Cha will continue only curbside service for now. It likely will open for inside dining on May 18, a date targeted by Texas Gov. Greg Abbott to increase occupancy from 25% to 50%.

Also Monday, Lighthouse Coffee & Wine reopened in the 600 block of Washington Avenue. It is complying with the 25% occupancy mandate.

“The crowd was probably more than I would have expected, but nothing crazy. We’re seeing some of our regulars come in,” said general manager Neal Simpson, speaking by phone at early afternoon.

“We’re doing pretty good,” Johnson said. “Some days it looks as if we’re going to close down, but we’re still getting a lot of support from the community. We’re doing a lot of curbside and call-in, just like in the old days. We’re not open inside yet. We’re so small, that wouldn’t be feasible.”

He said he’s pursuing a PPP loan through his bank, Community Bank & Trust, but has not received final notification he qualifies.

“I’ve already had to let two girls go,” he said. “I’ve asked my wife to help with phone-in orders. We’re managing to keep our heads above water.”

It will receive a $2,500 PPP loan, but Krizan said the damage is much worse.

“We may open May 18, when another wave of businesses, including indoor amusements, are allowed to resume operating,” Krizan said.

He said Nexus Esports hired four or five people the week the state imposed its coronavirus-related closing order, putting him in a bind.