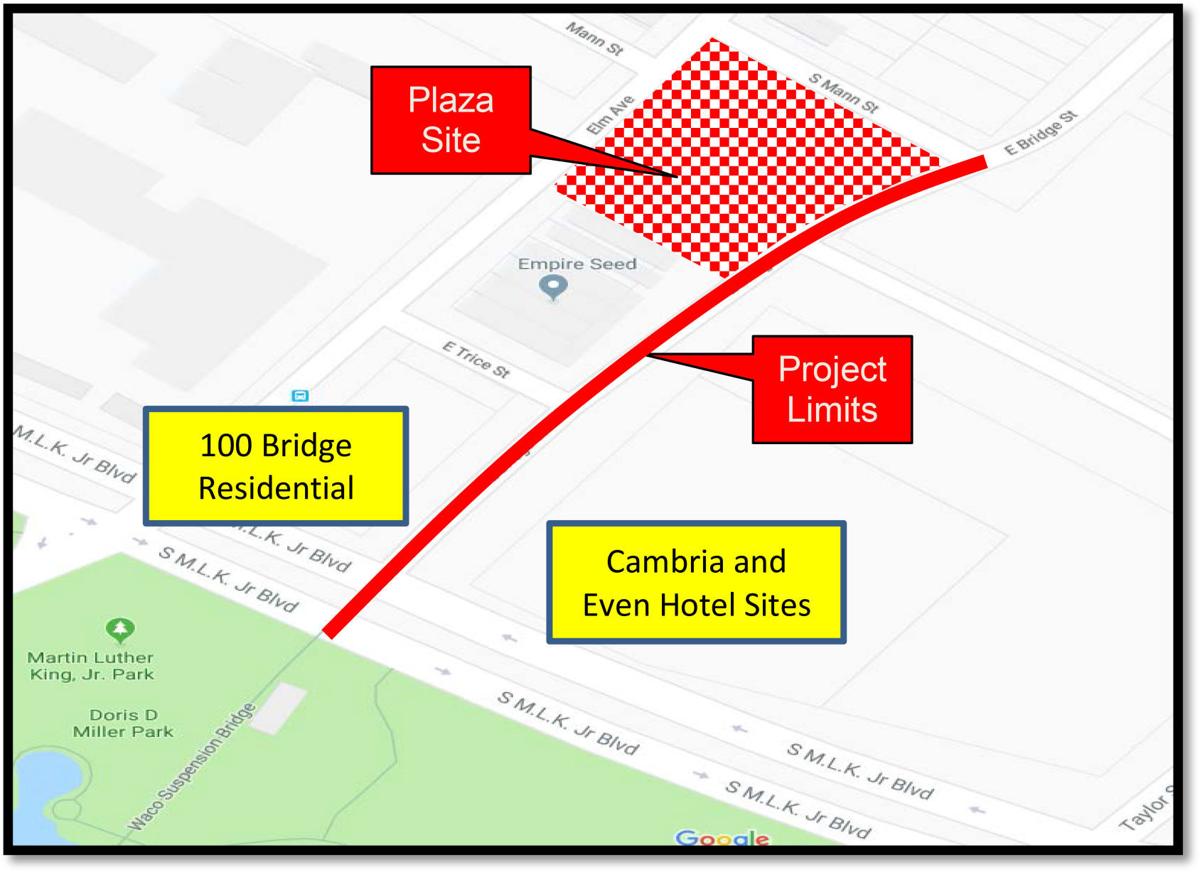 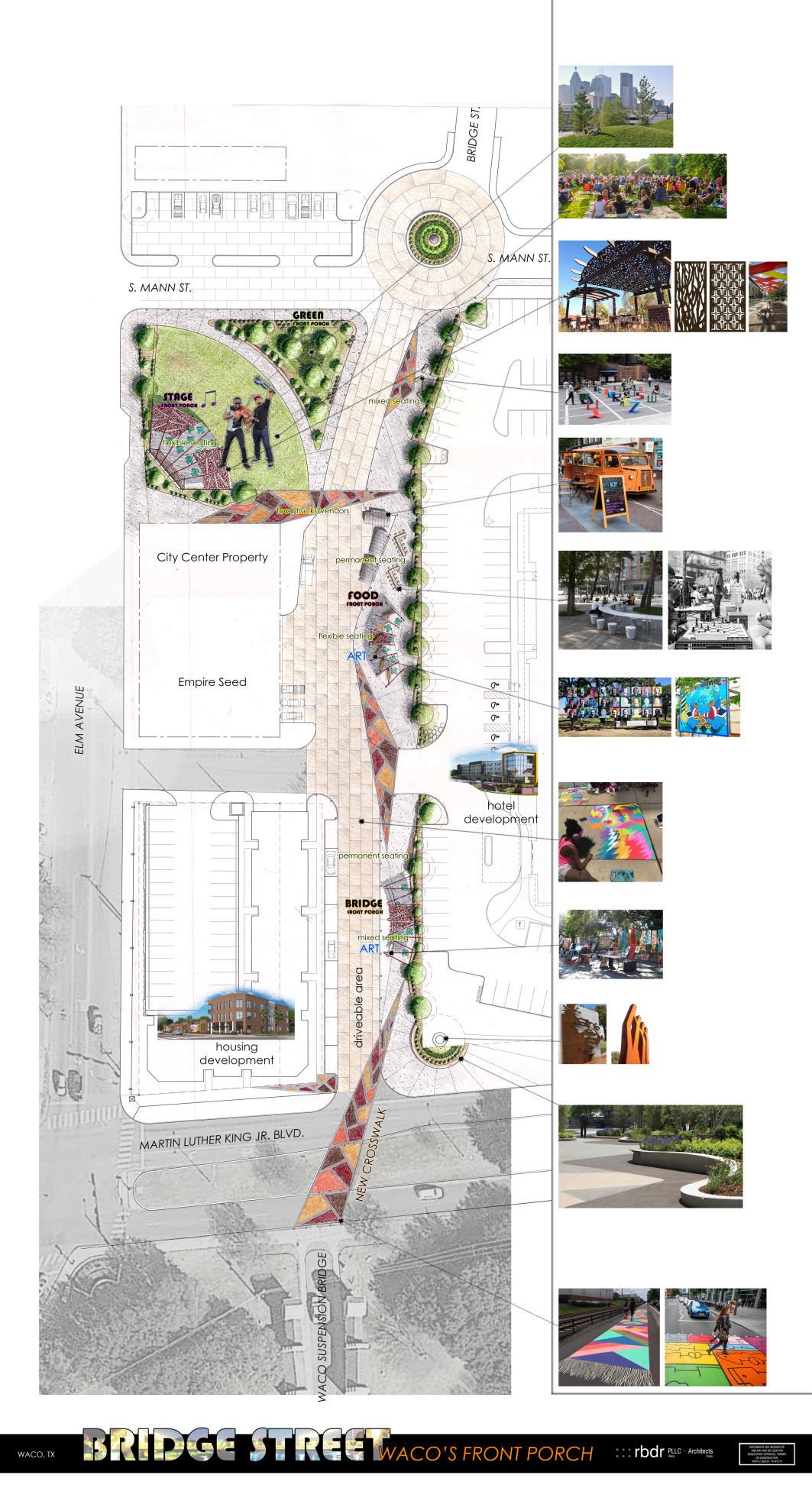 City Center Waco will ask the downtown Tax Increment Financing Zone board Thursday for $5.5 million to convert Bridge Street in East Waco into a “festival street” designed for events.

The downtown revitalization agency is seeking the funds to redevelop the street from Martin Luther King Jr. Boulevard to Mann Street with new pavement, sidewalks, street trees, lighting, storm drains, and a plaza . The end goal is to make the area pedestrian-friendly and compliant with federal Americans with Disabilities Act accessibility guidelines, as well as easy to close off to vehicle traffic during special events.

Construction is scheduled to begin in February in the three-block area of Bridge Street. The festival street will be flanked on one side by a trio of hotels now under construction and on the other by Empire Seed Co. and the site of a future apartment complex.

City Center Waco executive director Megan Henderson said that during one of the meetings, someone described East Waco as a “front porch” neighborhood, comparing it to the front porch of a home as a space that’s public, but personal and welcoming. The concept stuck, and became the basis for the project.

“The main thing this is a essentially a community-designed, a community-conceived project,” Henderson said. “This area envisions to be this face that welcomes people into East Waco and establishes what the community is and stands for.”

“We have been working diligently with not only the city, but the neighborhood associations to get as much community involvement in that development as possible,” Barefield said. “It is monumental that we have three hotels going in on Bridge Street and Elm and a residential complex at Elm and MLK.”

Harrison said the design may change during the process if project officials encounter any unexpected obstacles. “There’s always something you find along the way of a construction project,” Harrison said. “The purpose of going forward with that in a design-build process is that we get that project built in a timely fashion, that we don’t have development on either side of Bridge Street completed and don’t have the street between them well underway or completed.”

Downtown, East Waco projects get boost from TIF board

The TIF board will consider the project and other requests at a noon meeting Tuesday on the third floor of City Hall. The TIF Zone uses a portion of tax revenue collected from central city properties to reinvest in the area, and the board recommends projects to the Waco City Council.

The project comes at a time when the city prepares to spend $2.8 million for water improvements nearby on Peach Street, as well as large-scale streetscape project along Elm Avenue and the renovation of the Waco Suspension Bridge.

Harrison said the community work groups will weigh in on finishing touches, like the kinds of trees, plants and benches that will decorate the finished product.

“I expect some of the amenities, the plaza space and also along Bridge, may come in a little bit later as we have more conversations with the community,” Harrison said. “There are pieces that would involve a little more conversation.

“I’m very excited about the enthusiasm for development on Elm,” Harrison said. “I do think there’s a sense of accomplishment, of people understanding what a great opportunity the Elm Avenue market is, but I think we also have just started scratching the surface.”