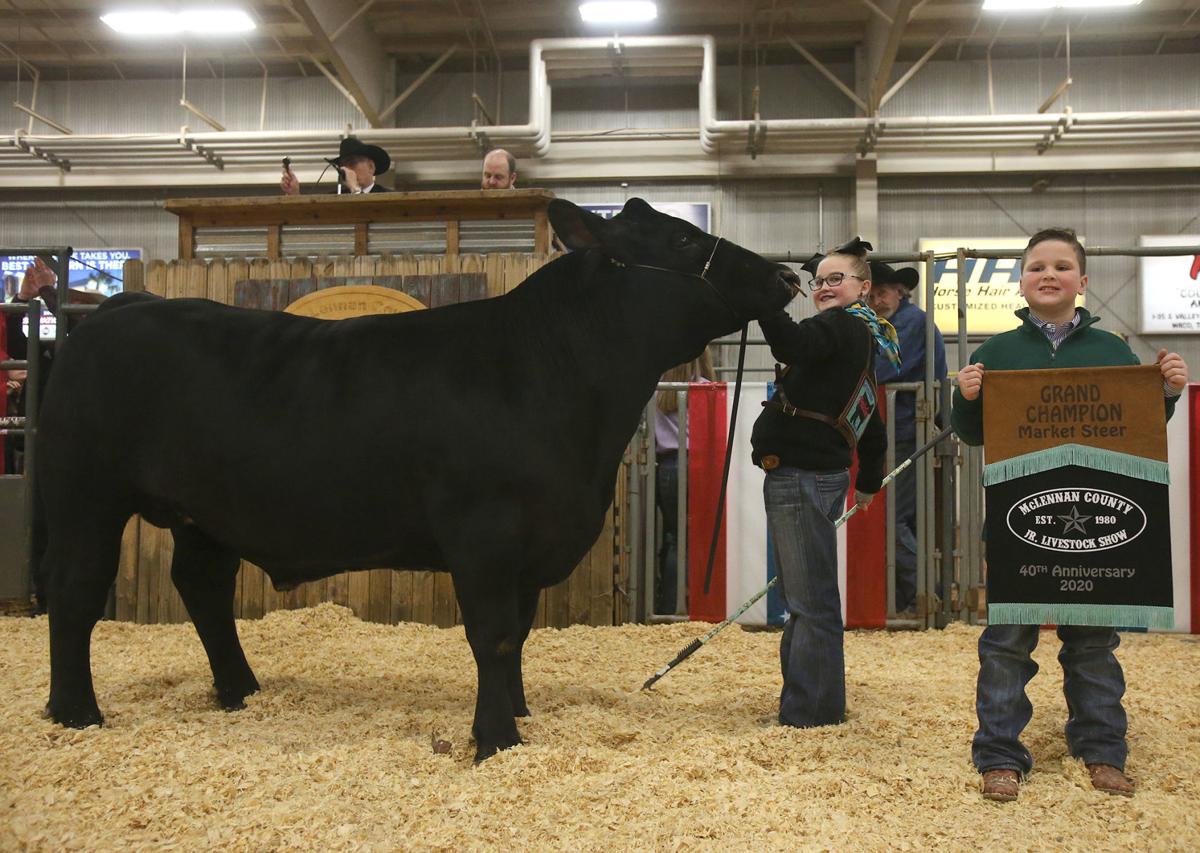 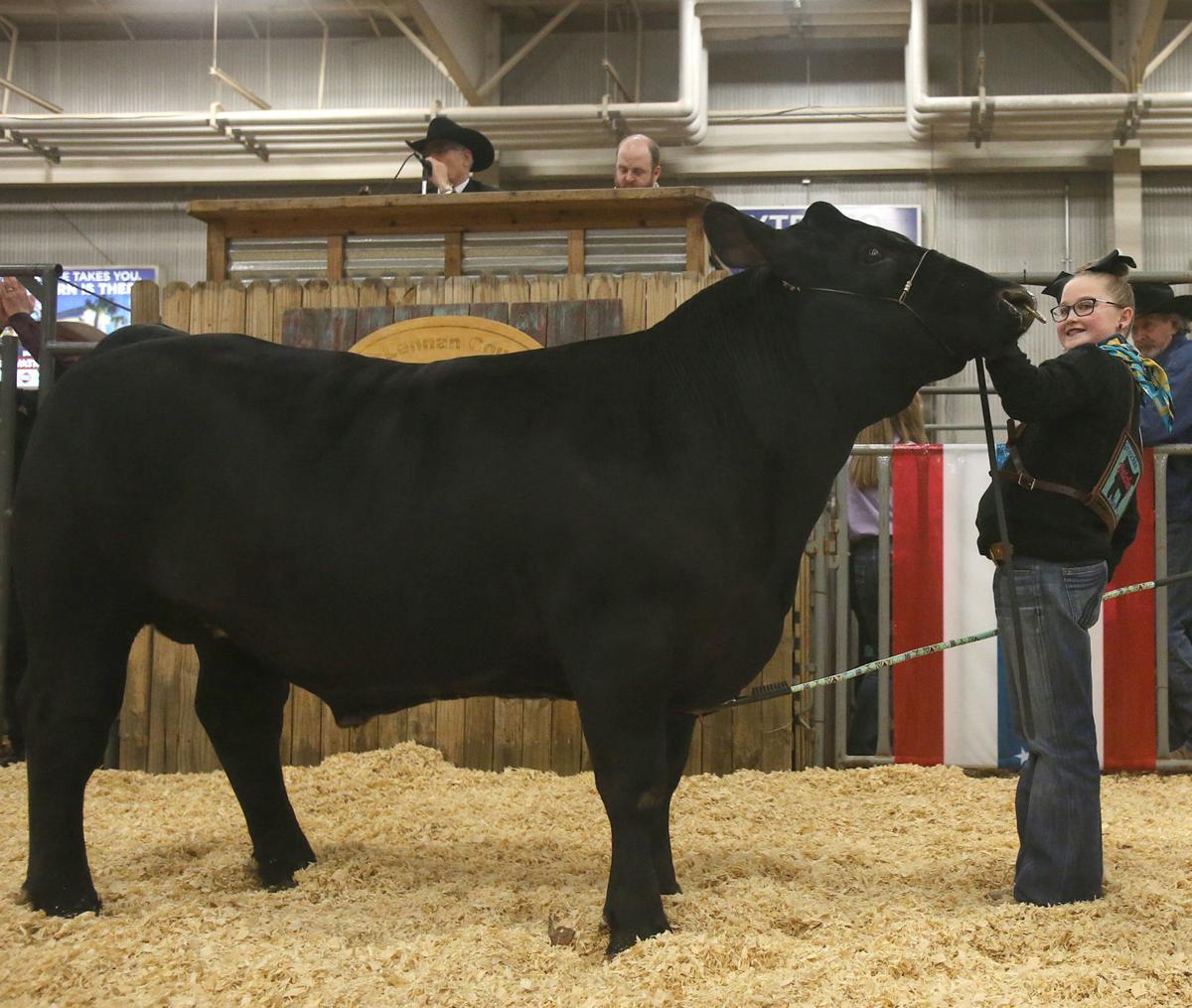 The win is nothing new for the Riesel student. This year marked her third grand champion steer in the past three county livestock shows.

“It is really exciting, but it also gets your nerves up because you win the third year and you always want to outdo yourself next year,” Paisley said. “You just never know what’s going to happen.”

Family members congratulated Paisley as she moved Clark into position for a photo. Stock show photographer Willie Gomez, who has been taking photos of champion livestock for more than 40 years, said raising a grand champion steer three years in a row is remarkable.

“You could get hit by lightning easier,” Gomez said. “There have been families who have won grand champion within the family several times, but it’s pretty odd for one child to win it three years in a row.”

Paisley said her secret weapons are the lucky purple bracelets she wears for her friend, Layla Evetts. Layla is battling diffuse intrinsic pontine glioma, an aggressive type of brain tumor. Paisley said she continues to pray for Layla and keeps her bracelets with her.

After the auction, Paisley patted Clark, who is named after the Clark Griswold from the 1989 movie, “National Lampoon’s Christmas Vacation.”

“That’s real nice, Clark. Real nice,” she said, referring to a line from the movie.