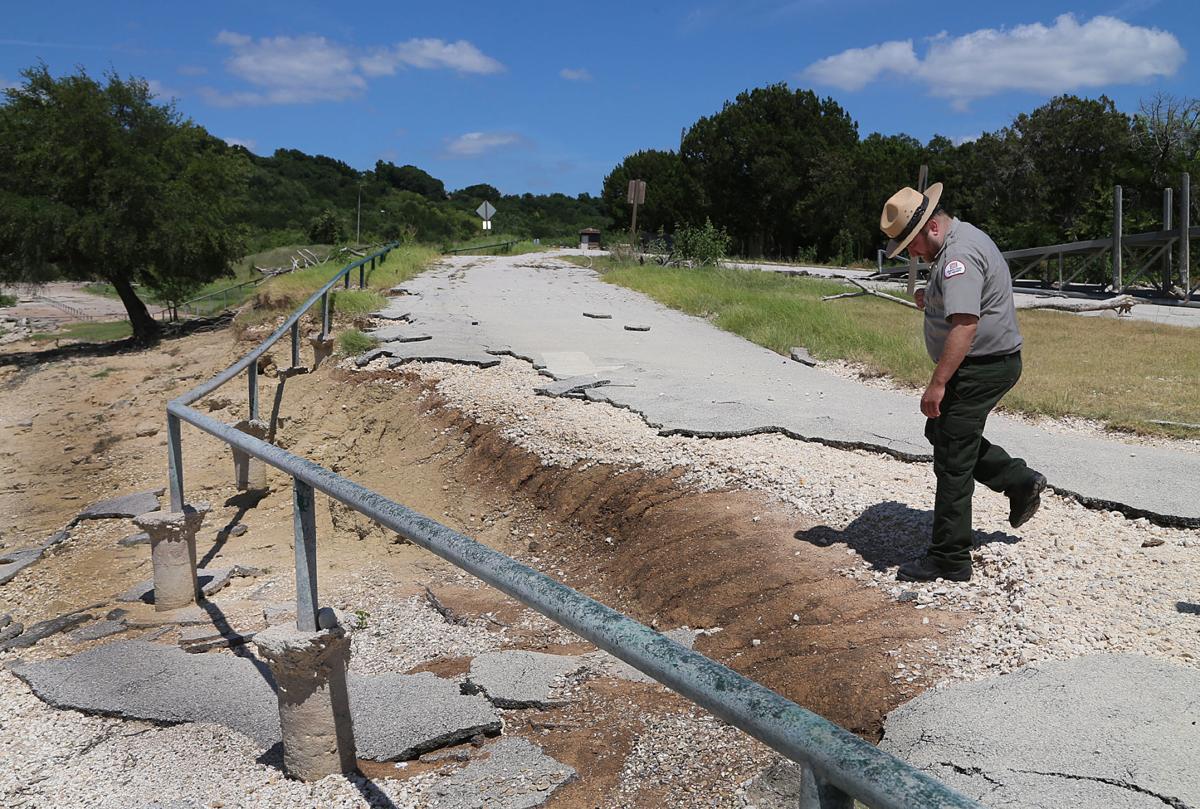 U.S. Army Corps of Engineers park ranger Mike Champagne walks down the eroded roadway at Koehne Park. He said it will likely cost millions of dollars to rebuild roads and make repairs at the park. 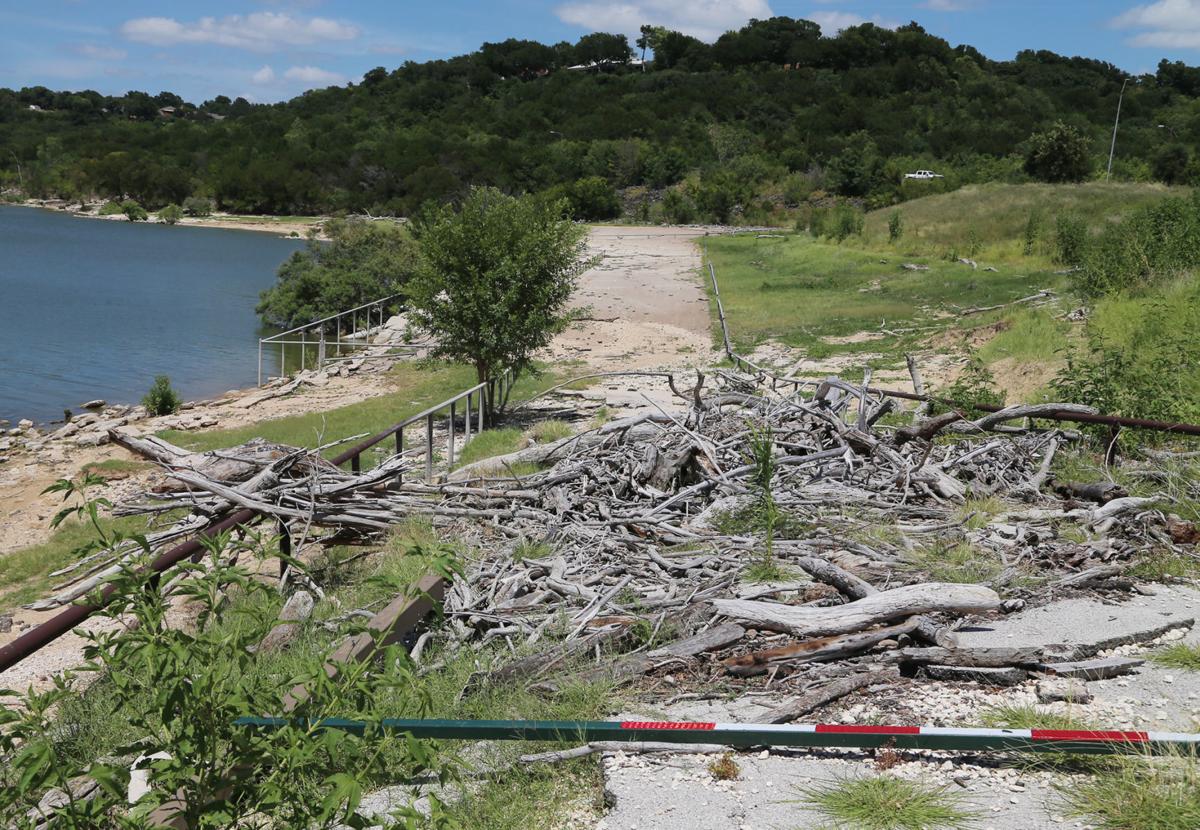 Debris litters the shore of Koehne Park, which has seen millions of dollars in flood damage. 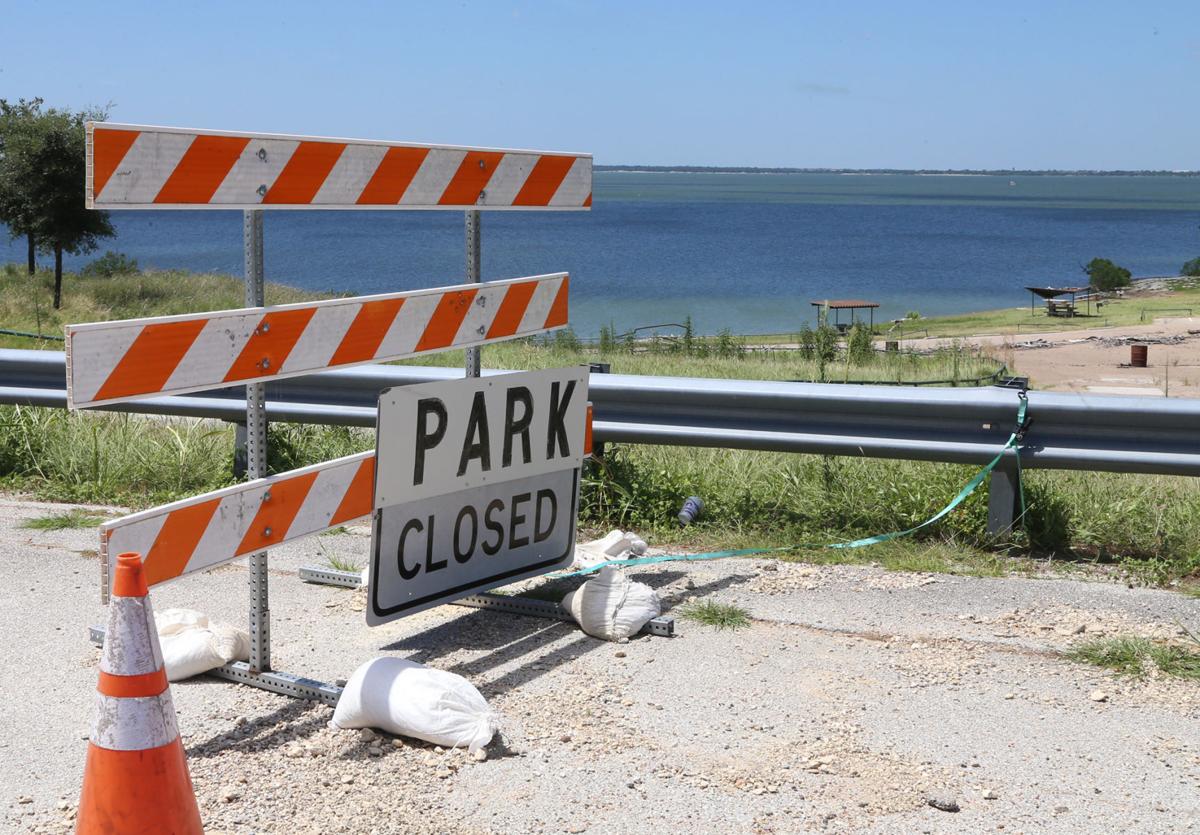 Koehne Park at Lake Waco has been closed since October, when the first of three floods damaged the popular site.

U.S. Army Corps of Engineers park ranger Mike Champagne walks down the eroded roadway at Koehne Park. He said it will likely cost millions of dollars to rebuild roads and make repairs at the park.

Debris litters the shore of Koehne Park, which has seen millions of dollars in flood damage.

Koehne Park at Lake Waco has been closed since October, when the first of three floods damaged the popular site.

U.S. Army Corps of Engineers officials say it would take months of work to repair flood damage at Koehne Park, one of Lake Waco’s most picturesque and accessible parks.

But that work would require millions of dollars the Lake Waco Corps office doesn’t have.

Koehne Park suffered significant damage in the course of the last three floods in Lake Waco, beginning in October. Waves eroded the roadway down to the boat ramp and made the ground too unstable to bring heavy equipment down to the waterfront for cleanup.

“This happened in the first round of flooding and every time it floods, the waves just take a little more,” Lake Waco park ranger Mike Champagne said. “This is why we have this park closed and it’s going to stay closed until we get money. The only thing that is stopping us is money.”

Champagne stood along the eroded roadway last week, pointing out the chunks of asphalt that were lifted away by floods. With the Corps at the end of its budget year, Champagne said there is no more money to do much needed repairs at Koehne Park.

“This is not a cheap fix,” he said. “To get this park back open, it’s going to be really expensive. We are talking millions, because roads are expensive, because they (contractors) have to come in, cut all this out, redo all the dirt work, put a base back in, put two inches of asphalt back in and rebuilt the shoreline and back that up.”

Koehne Park, located on southeast shore of Lake Waco with access off Lake Shore Drive, offers bank fishing and a boat ramp for park guests. Champagne said Koehne Park is well-known for its free admission and its beautiful sunsets.

“This park is really popular. It’s the closest to the city of Waco and it’s a free park,” he said. “A lot of people like this park so they can launch their boats, picnic and it’s a great park to watch sunsets and fish along the bank.”

But Champagne said the park remains in limbo.

“Right now, this is our worst park, because at all the other parks we can rent equipment within the reasons of our budget to do debris cleanup,” he said. “It is expensive, but we can do all that in-house. The things we can’t do in-house and we need contracts for are the roads and with that comes money for the contracts.”

“When there is money that becomes available, we can submit our budget packets and say we have the need,” he said. “We have absolutely no idea when money will become available. We don’t expect to keep it closed forever.”

In an email statement to the Tribune-Herald, U.S. Congressman Bill Flores (R-College Station) said he will work with city of Waco and Corps officials to find funds for Koehne Park and the adjacent Lake Shore Drive, which has stability problems. He expressed hope for a bipartisan infrastructure bill.

“This measure could address many of our local infrastructure issues including Lake Waco and I-35,” he said in the statement. “In the meantime, we should work at all levels of government to ensure the safety of the Lake Waco area parks and related public resources.”

Randall Scott, a local history buff and administrator of the Old Lake Waco and Dam Facebook group, said Koehne Park is near the site of the Old Highway 6 Bridge that joined Waco to Speegleville.

“It is one of five parks that were established as a part of the new Lake Waco in 1964, and since 1964 it has meant so much to the citizens of Waco as a launch to the lake,” Scott said. “Not everyone in Waco is missing it, but for those who it has meant so much for so many years, it will definitely have an impact.”

While Koehne remains closed for the foreseeable future, most other Lake Waco parks were reopened by July 4th weekend. Crews and volunteers spent hundreds of hours placing riprap stone and clearing debris throughout Airport Park, Midway Park and Twin Bridges Park this summer, but Koehne Park looks to be closed for much longer, Champagne said.