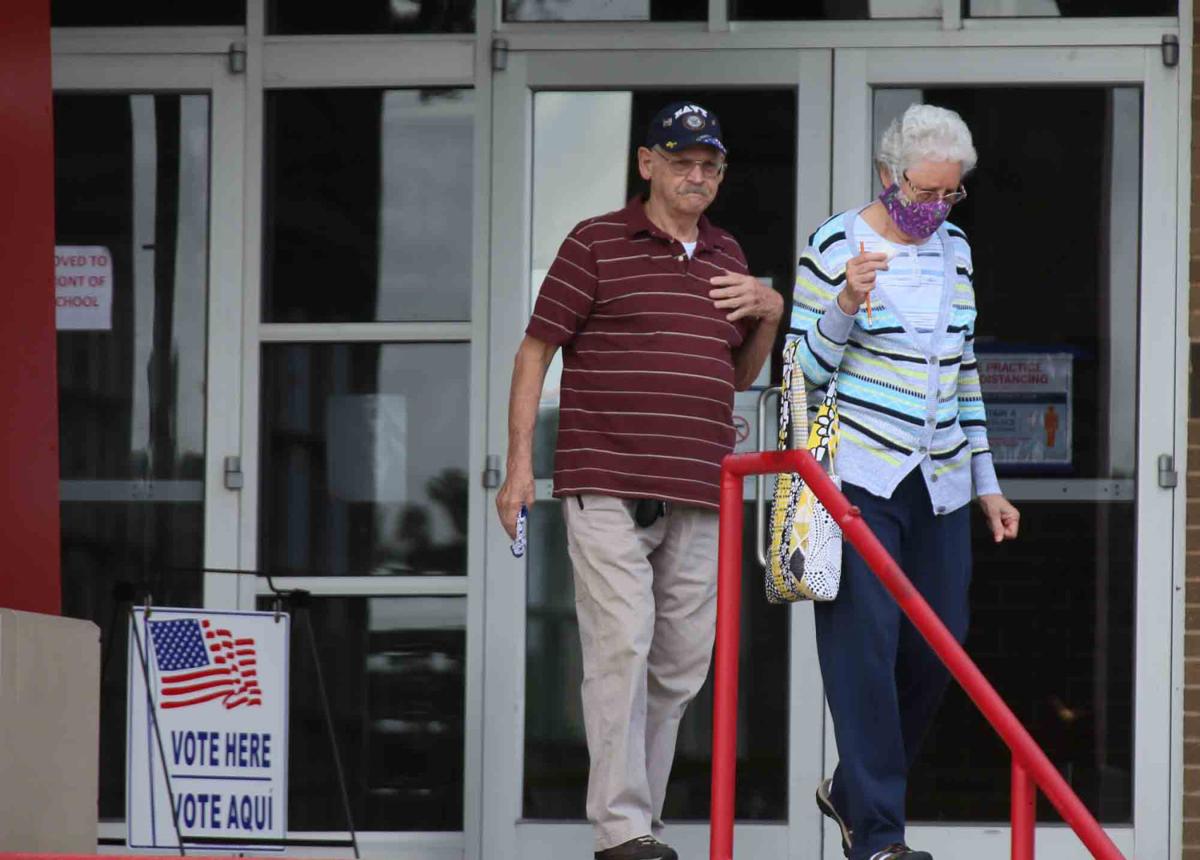 Voters turn out at Waco High School to cast their ballots on the first day of early voting for the July 14 runoff election. 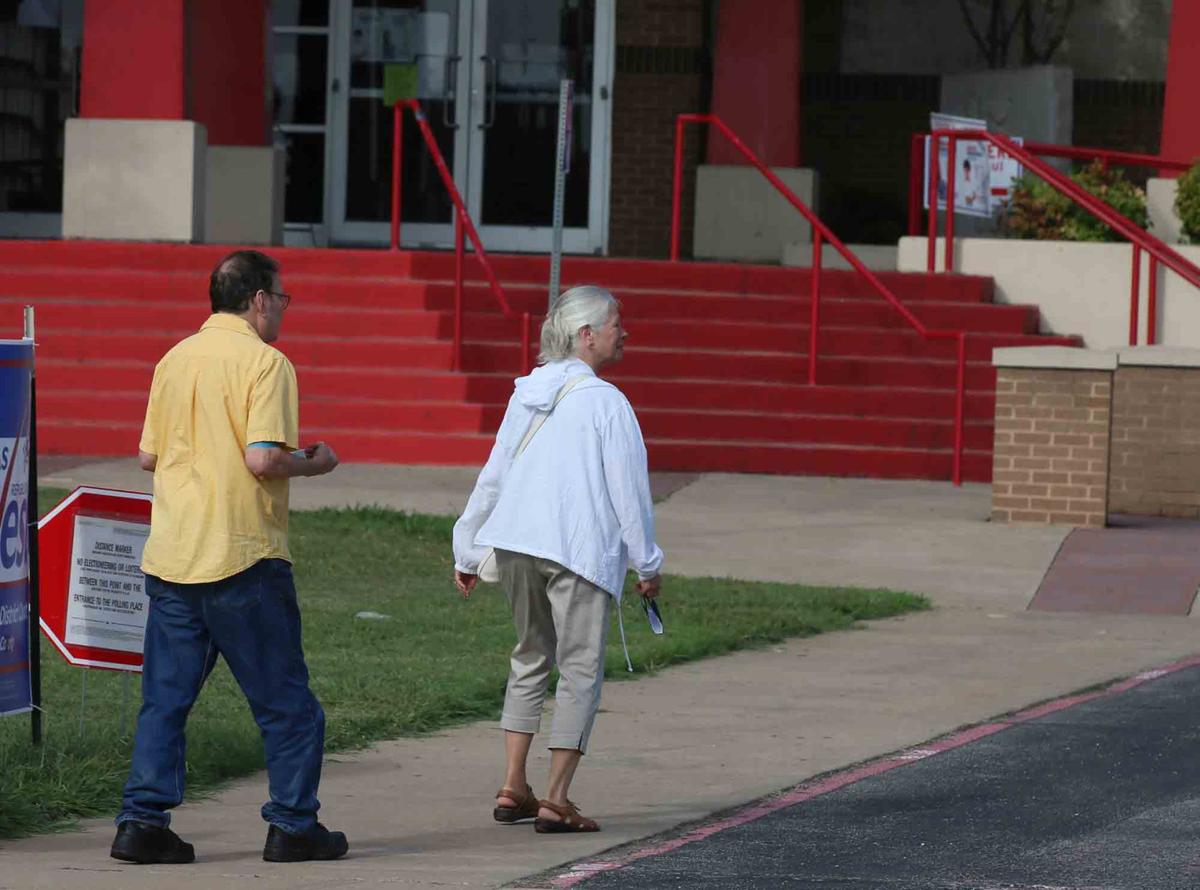 Voters walk to Waco High School to vote on the first day of early voting for the the upcoming runoff election. 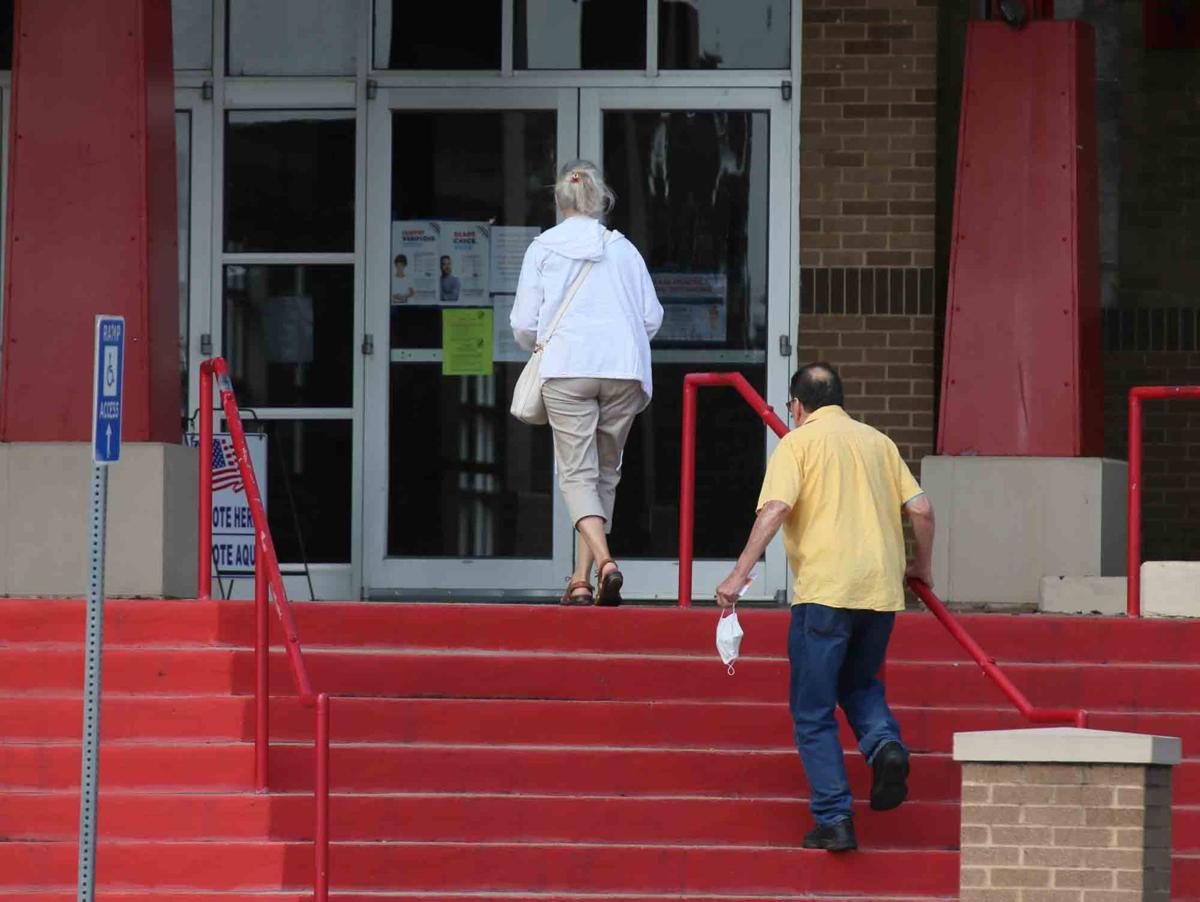 Voters turn out at Waco High School to cast their ballot for the upcoming runoff election.

Voters turn out at Waco High School to cast their ballots on the first day of early voting for the July 14 runoff election.

Voters walk to Waco High School to vote on the first day of early voting for the the upcoming runoff election.

Voters turn out at Waco High School to cast their ballot for the upcoming runoff election.

Early voting in the July 14 primary runoff election got off to a brisk start in McLennan County on Monday despite worries about a steep rise in COVID-19 cases.

Election workers in three of the five early voting locations reported 100 percent of the voters on Monday were wearing face coverings.

The Texas Secretary of State has ordered that election officials can only strongly urge voters to wear masks. But those efforts were enhanced by city orders in Waco and Hewitt requiring citizens to wear masks inside businesses, including city offices.

Those voting in the runoff by mail have already returned a total of 3,626 ballots, 200 more than voted by mail in the March primary. Thursday is the deadline for mail-in ballots to be requested.

Election workers are working hard to create safe polling environments, officials said. Besides urging voters to wear masks, voters will be able to keep the pens they use to sign in so they are only used by them.

They also will receive pencils so they can use the eraser end to operate the selection wheel and buttons on voting machines.

Also, poll workers are spraying and wiping down the machines after each person votes, Van Wolfe said.

Curbside voting also is available for anyone physically unable to go inside one of the voting locations.

The pandemic did not deter 85-year-old Lonnie Rollins, a retired Baptist minister and former youth camp administrator, from voting for the first time in McLennan County since moving from Kerrville five years ago to be closer to his grown children.

“I’m not that concerned,” said Rollins, who was wearing a mask. “I just came from the eye doctor’s office and I had to go through all of that there, so here I am coming to vote. I had been an administrator of a large youth camp and they were having the 100th anniversary celebration last week, and they asked me to come talk about some of the history of the camp. There were over 200 people there and only a few were wearing masks, but I think I’m going to be just fine.”

“We are very excited to have this turnout,” she said. “We have had voters that were here ready to vote at 8 a.m. when we opened the doors and we have had a steady stream most of the day. This is my first election with COVID, so I don’t know what to compare it to. But, unfortunately, there normally are low turnouts for these type of elections. We plan for this (runoff) election every election, not knowing how many are going to show up. So we are happy when they do show up.”

Van Wolfe said the pandemic accounts for some of the increase in mail-in votes, as does a 2-year-old law allowing anyone who is over 65 or disabled to apply for annual ballots by mail.

For those voters, the ballots are mailed to them automatically for every election, she said.

Republicans are choosing between former Congressman Pete Sessions and businesswoman Renee Swann for District 17 U.S. Representative; and between Kristi DeCluitt and Thomas West for judge of 19th State District Court.

The bars may be closed because of alarming spikes in coronavirus cases, but the polls are open starting Monday for early voting in the primary…