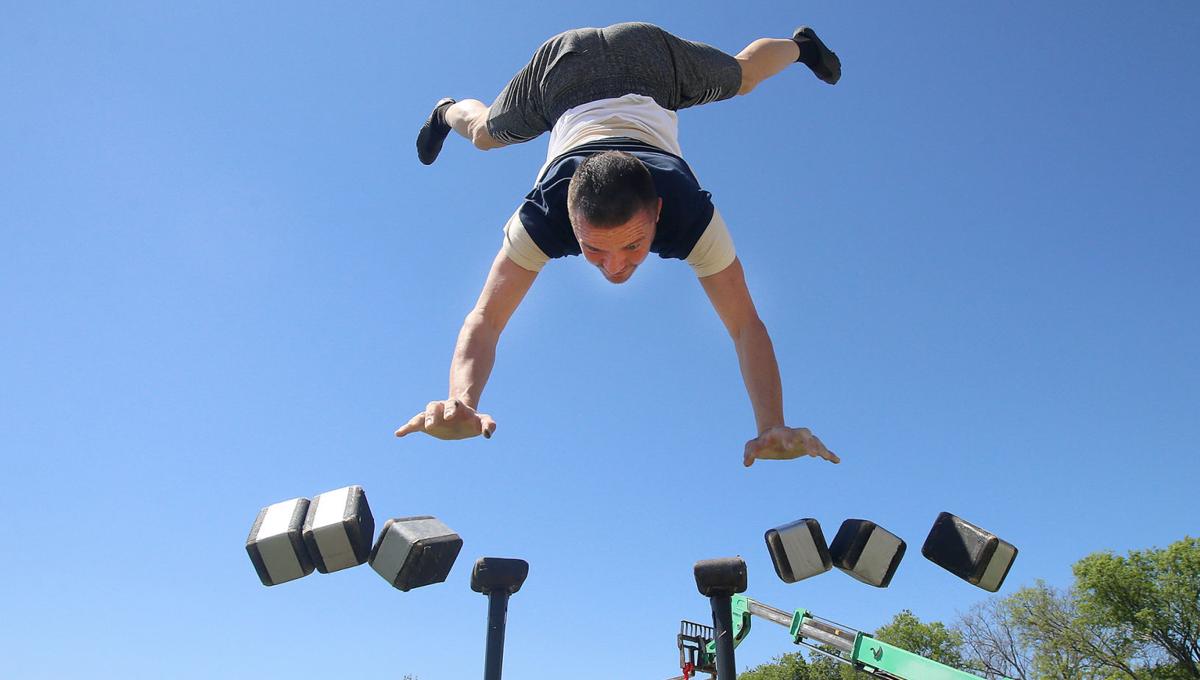 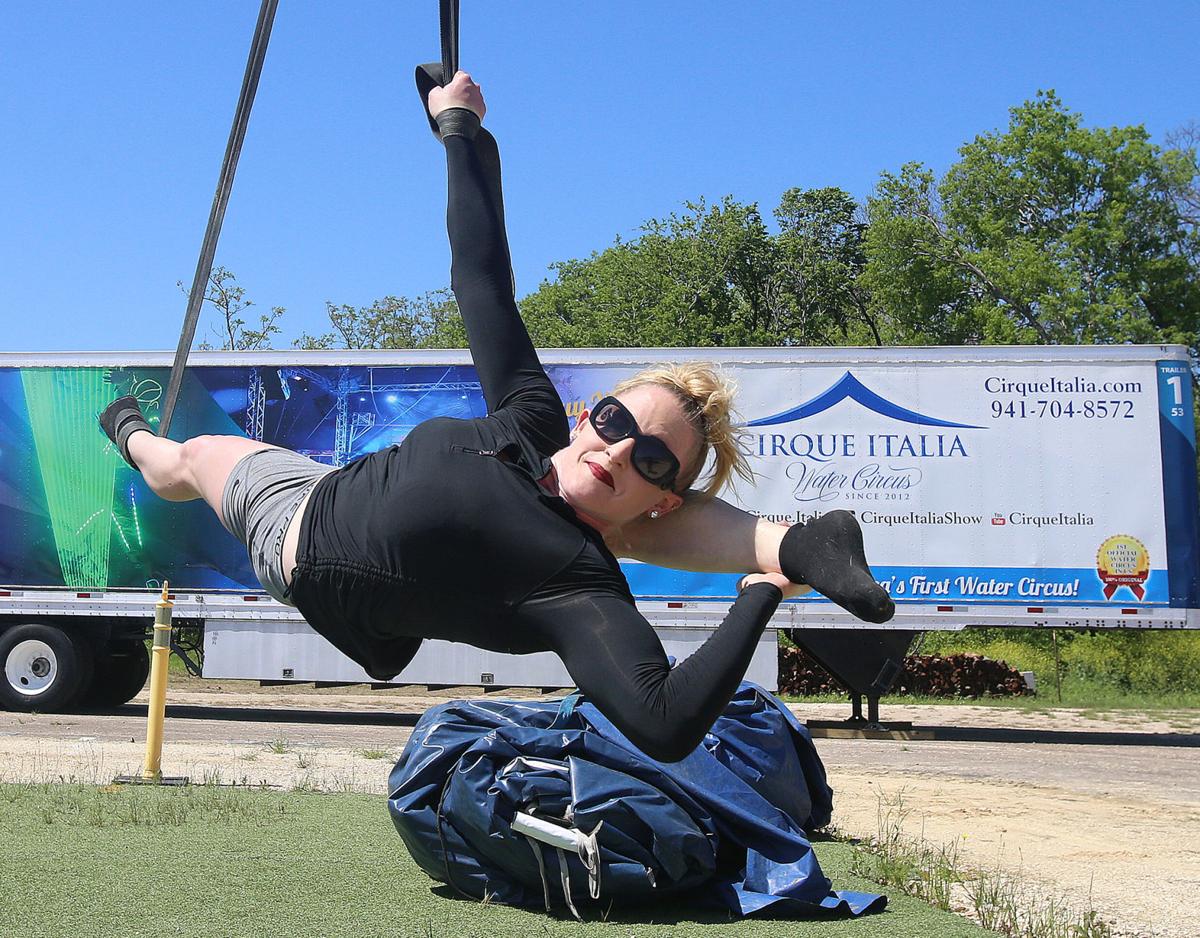 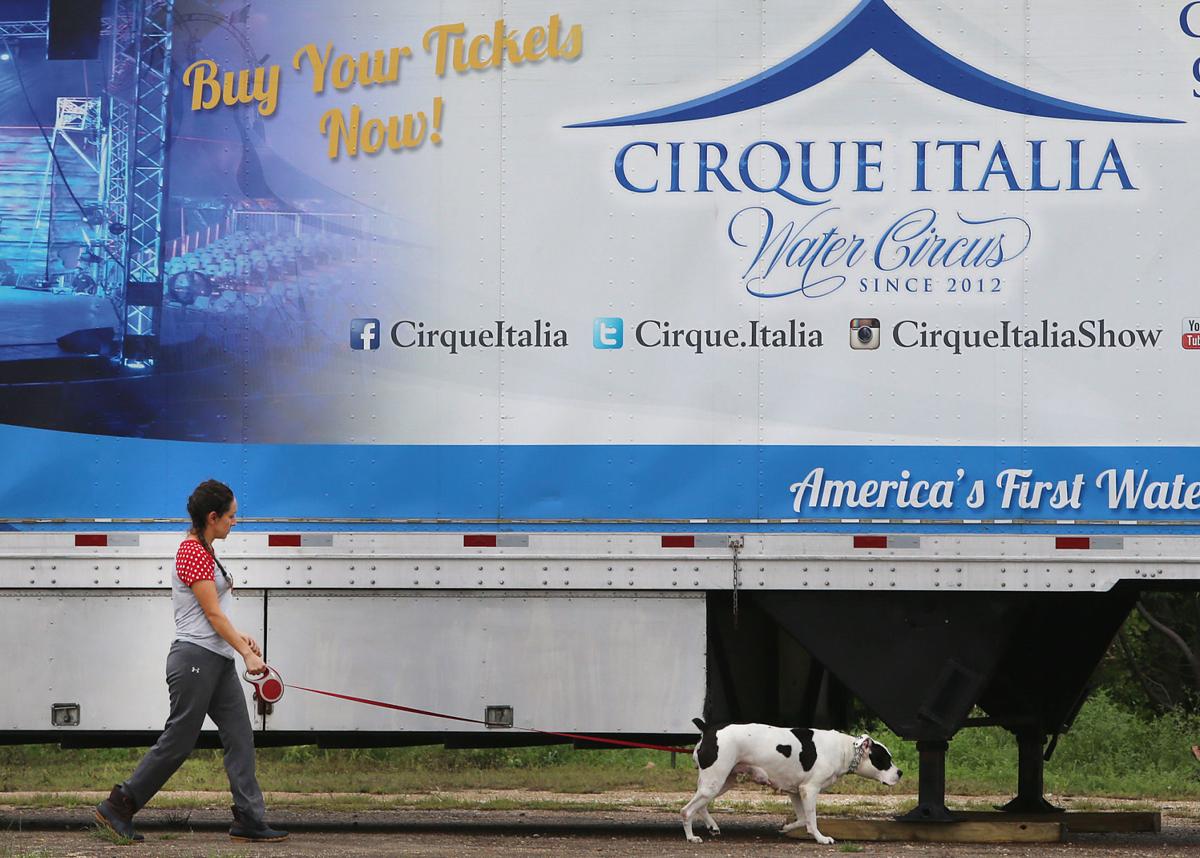 A Cirque Italia members walks the grounds of Brazos Parking across from McLane Stadium during the group’s extended stay in Waco. 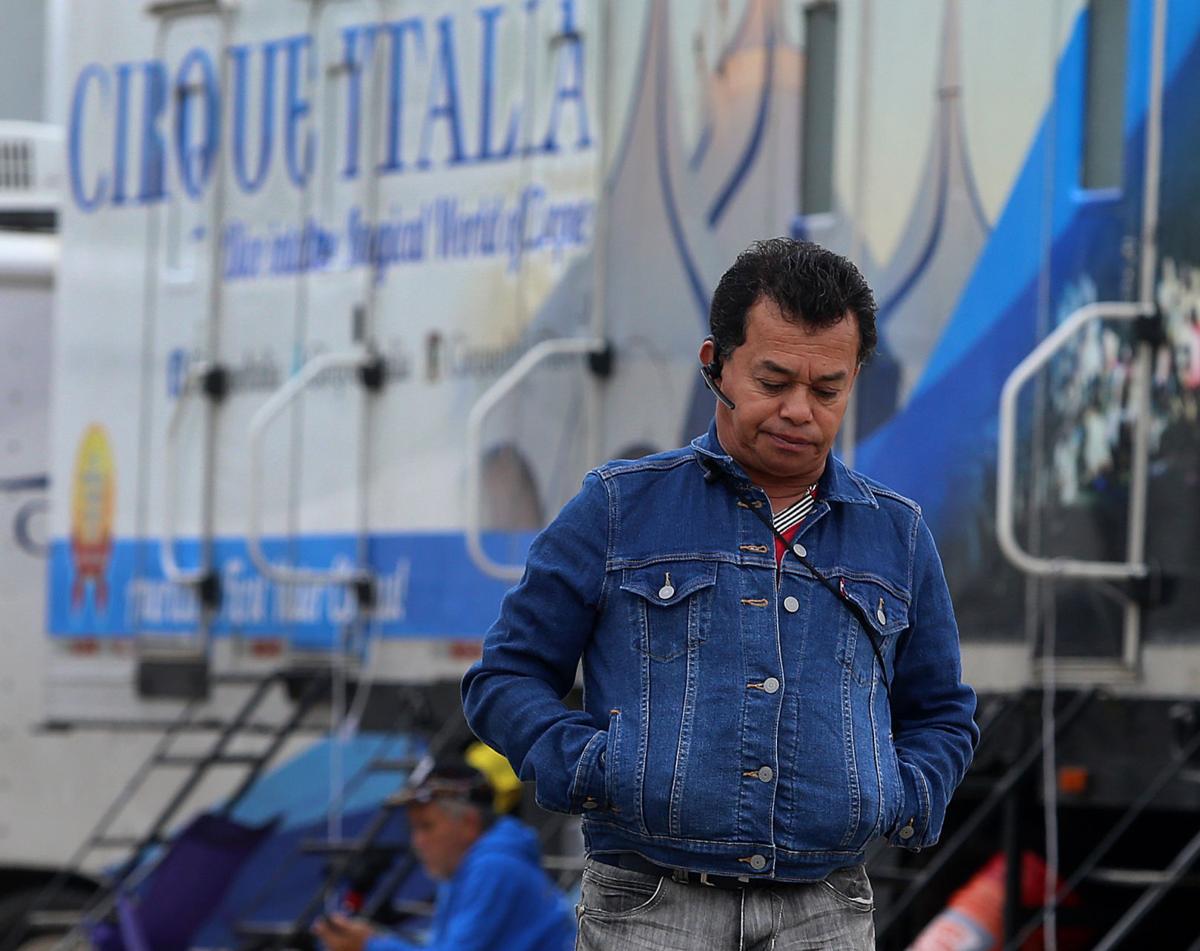 A Cirque Italia member walks the grounds of Brazos Parking across from McLane Stadium. The group's upcoming tour dates have been canceled, so they remain grounded in Waco.

A Cirque Italia members walks the grounds of Brazos Parking across from McLane Stadium during the group’s extended stay in Waco.

A Cirque Italia member walks the grounds of Brazos Parking across from McLane Stadium. The group's upcoming tour dates have been canceled, so they remain grounded in Waco.

The daredevil acrobatic pirates and mermaids of Cirque Italia’s Water Circus anticipated walking a tightwire during their performances in Waco, but none expected the experience they found: holding their breath over their next step after coronavirus fears canceled more than a month’s worth of touring dates.

They also did not anticipate the soft landing they found in Waco where volunteers, city workers and businesses have pitched in to make their temporary stay at Brazos Parking near McLane Stadium a welcome one. And, yes, they have plenty of toilet paper now.

The troupe of 14 performers and a support crew of some 50 more arrived in Waco late last week, planning on three nights of performances in their circus tent pitched at Brazos Parking. It was the last Texas leg of their spring tour, with previous performances in San Antonio, Dallas, Houston and Corpus Christi.

Before the tent could go up, however, they saw their upcoming shows in Waco and Louisiana scratched because of community measures taken to slow the coronavirus spread.

“I told the owner of the company there was a 99.9% chance they would not be able to have their show here,” said Mack Hardin, co-owner with Vernon Davis of Brazos Parking, a space that finds its busiest use accommodating tailgaters and pregame partyers during the Baylor University football season.

The troupe becalmed in Waco was on the Water Circus Silver tour, one of three tours run by Florida-based Cirque Italia. Realizing the owner’s plight in having to reorganize his three tours because of cancellations and coronavirus measures limiting gatherings, Hardin offered to allow the Water Circus to stay in place through the end of the month.

Given a place to stay and catch their breath, the largely self-supporting group found a new challenge when they went grocery shopping at Waco stores and found shelves once fully stocked with meat, produce, dairy products and toilet paper largely ransacked.

Locals who had had contact with the company put out a call for help on social media and through word of mouth.

McEntyre, whose downtown restaurant had been stocked in anticipation of the Spring at the Silos festival that was canceled, found a win-win situation. The restaurant fulfilled the troupe’s shopping list for food at cost, supplying chicken, tomatoes, beef, milk, eggs, butter, cream and flour.

“We were able to get them everything they needed and in quantity,” he said.

With a shutdown of public dining to slow the spread of the coronavirus, restaurants are even more mindful than usual of not letting anything go to waste, McEntyre said.

At an anxious and uncertain time for the Cirque Italia, members were touched at the Waco welcome.

“The support here has been overwhelming and really positive,” said the 33-year-old Rosenthal, who once lived in Austin and still has family there.

With its supply needs met, the company’s performers and crew are coping with a novel situation: time on their hands. Once on the road, performers and crew members fall into a rhythm where only the geography and crowds change: travel on Mondays, Tuesdays and Wednesdays to set up, Thursdays through Saturdays for performances and Sundays to tear down. It is rare that the group spends as long in one spot without performing or preparing for its next stage as it has in Waco, the company manager said.

The Water Circus performs its aerial stunts and acrobatics above a 35,000-gallon tank, with action in the water integrated with that in the air. The storyline, as if any is needed, involves a clown looking for buried treasure in an adventure featuring mermaids, pirates and a Wheel of Death plus a romance featuring aerial mermaid Rosenthal and her pirate boyfriend E Fernandez.

With no performances or audiences ahead in their time in Waco, the company’s acrobats, aerialists and jugglers are trying to stay in athletic shape, and Rosenthal has been jogging on the nearby Baylor University campus. Some are working on new routines, including one involving roller skating, Rosenthal said.

“We never really get to spend time practicing together,” she said.

The company manager said her colleagues would love to repay Waco’s hospitality with a performance before leaving or one scheduled after their tour resumes.

“We do hope that when the dust settles, we can put on a show for the Waco guys,” Rosenthal said. “I knew about Waco, but never spent any time here. … This makes me proud to be a Texan.”

More in Coronavirus latest: What's happening around Waco (151 of 216)