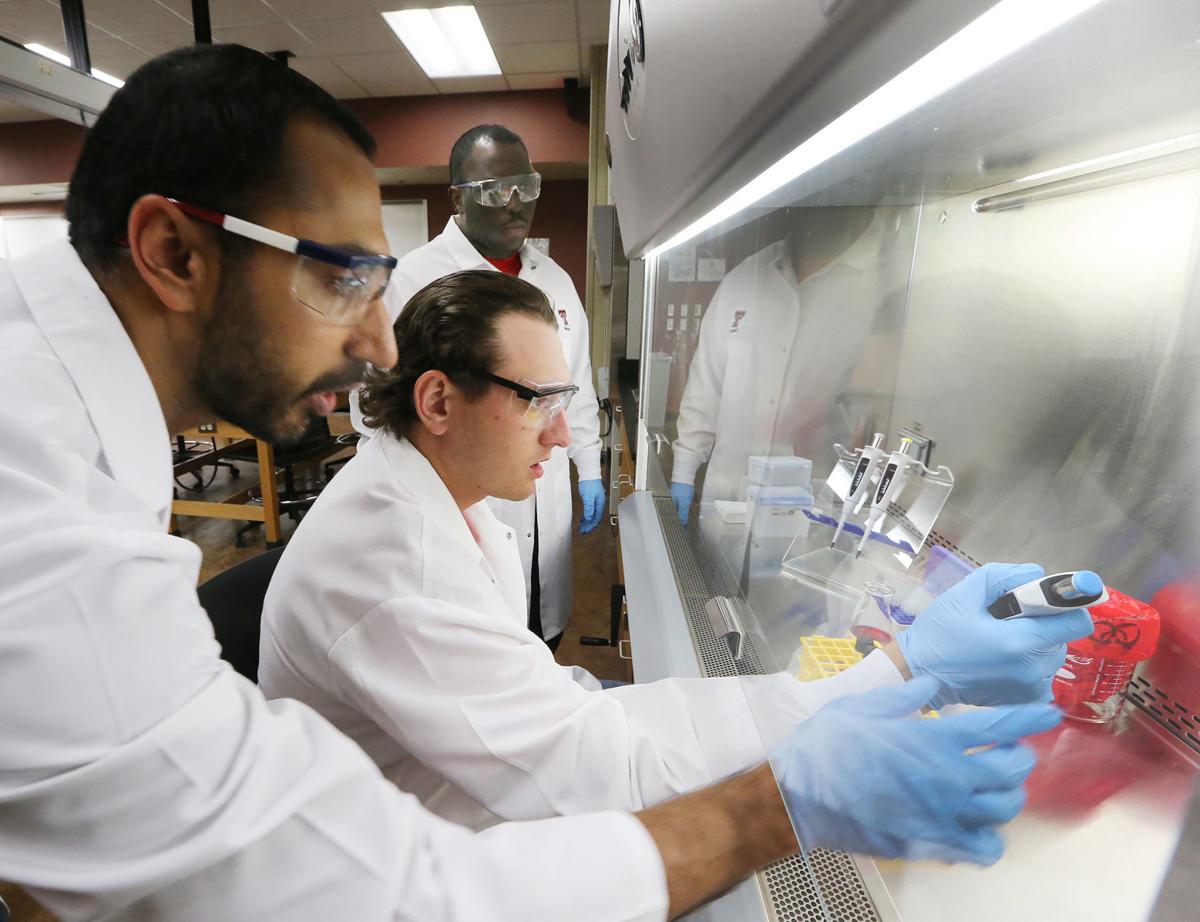 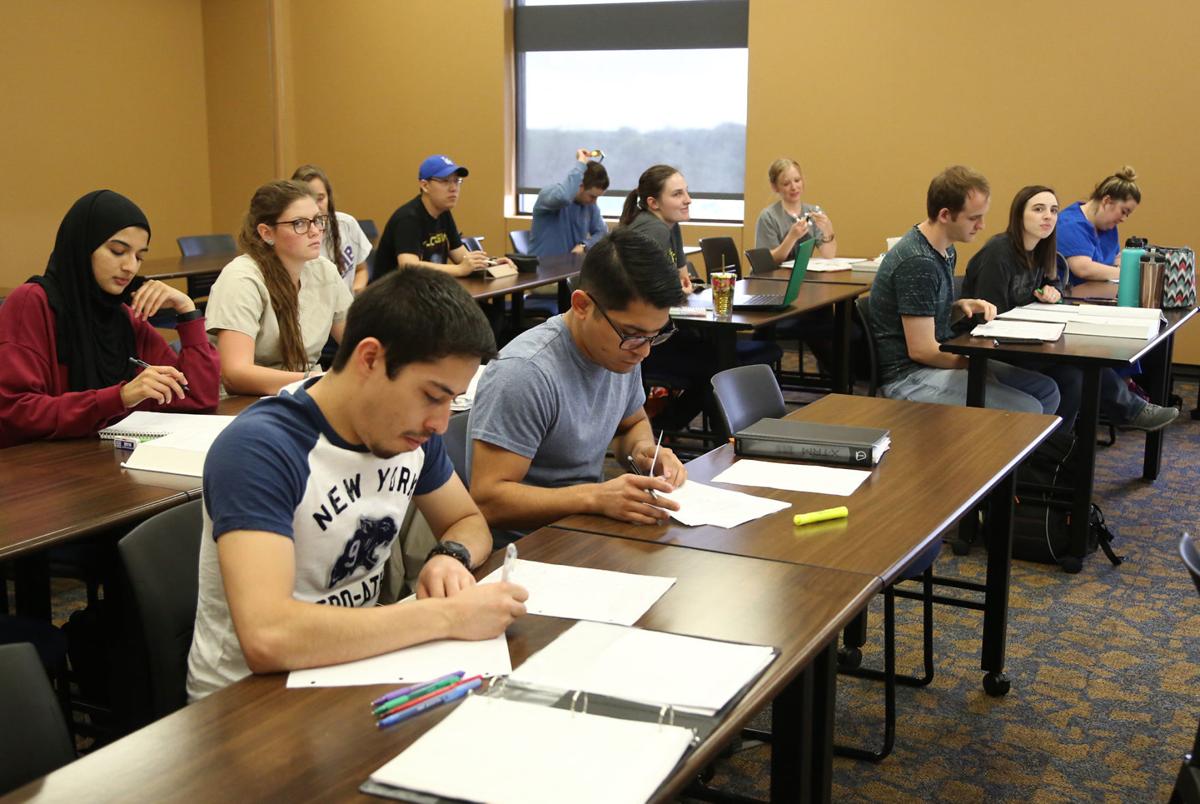 Texas Tech at Waco students get ready for their organic chemistry class at McLennan Community College. The Tech-MCC program is celebrating its 10th year.

Texas Tech at Waco students get ready for their organic chemistry class at McLennan Community College. The Tech-MCC program is celebrating its 10th year.

Ten years ago, Keith Coffey joined seven other students in pioneering a program at McLennan Community College that would let them earn a bachelor’s degree through Texas Tech University.

As the first in his family to attend college, the Wichita Falls native was excited at the prospect of a Tech degree, but he was a little nervous about a first-time program.

Coffey persevered, taking classes in general studies both in Waco and Texas Tech’s Lubbock campus to earn his Bachelor of Arts degree, and becoming one of the three first graduates of Texas Tech at Waco.

At 35, he’s now principal of Aquilla High School, and he’s married to Mika Robert, a fellow Texas Tech at Waco graduate who holds a master’s degree in educational leadership from the University of North Texas.

“This allowed me to do all the things I wanted to do,” Coffey said. “I can’t say enough about it.”

Texas Tech University at Waco, a collaborative degree program between Tech and MCC, has itself come a long way in the past decade. It has grown from eight students and one degree program to 252 students presently enrolled, 13 degrees offered, including two master’s degrees. Nearly 300 have graduated from the program over the decade.

MCC and Tech officials at an event last Friday celebrated that robust evolution and promised more growth ahead. They gathered at the campus along with city leaders on the eve of the Baylor-Texas Tech football game to mark the anniversary and praise the program’s achievements.

The center aligns MCC offerings with degree plans at participating schools so students can start at MCC and finish with degrees from those schools. With the general expansion of online classes, more students are able to finish four-year degrees in Waco at MCC.

Melanie Hart, Texas Tech University Vice Provost for eLearning and Academic Partnerships, said that of the university’s eight higher education teaching sites, the one offered at MCC is the largest and most developed, representing about half of the enrollment in Tech’s regional education program.

“It’s the best partnership I have,” she told an audience of about 100 people at Friday’s MCC reception.

Two trends have accelerated growth in the Texas Tech at Waco program, Snell noted: an increase in online classes and more students trying to keep their education costs down.

Roughly half of the classes taken for Texas Tech at Waco degrees are face-to-face, with online classes making up the remainder. While students such as Coffey often finished their degrees with a year or two of classes at Tech’s main campus in Lubbock, an increase in Tech professors on the MCC campus has allowed more students to complete their four-year-degree in Waco.

“We’re not cutting corners,” Snell said. “We have 14 full-time employees here, and our class size ranges from 10 to 25 students.”

With 13 degrees and 27 minors offered, the Texas Tech at Waco program permits a high number of customizable “stackable degrees,” usually a selling point for many private universities and honors colleges, Snell said.

The most popular degree is general studies, which allows students to assemble a degree from three minors that fit their interests or job needs. Next in popularity come degrees in biology and health services.

Texas Tech at Waco students tend to be older, with an average age of 27 years, and the great majority, 85 percent, begin through MCC. Many have families and jobs in the community, Snell said.

Degree flexibility and localization made a difference for 2017 Texas Tech at Waco graduate Mondrae Ingram. The Midway High School graduate wanted to get into coaching, but he found a new family and work limiting his college education options. Texas Tech in Waco helped him pursue a degree without having to move.

After earning a general studies degree with minors in sociology, communications studies and athletic coaching, Ingram was hired by Tarleton State University to coach power lifting, football and cross country. He’s now working on a master’s degree in kinesiology, which he hopes to finish in the spring.

The MCC-Texas Tech partnership continues to expand its degree options with more education degrees, a kinesiology degree and soon, a bachelor’s degree in hotel, restaurant and institutional management.

The HRIM degree, expected to start next fall, will take advantage of Waco’s growing tourist industry, with at least six new hotels expected to open in the city within the next two years. Snell said that hotels already have approached him about the possibility of using student interns, which would give management students opportunity for hands-on experience. It also would dovetail with Texas State Technical College degrees in culinary arts and facilities management technology.

“Who would have thought that Waco would be this tourist destination?” Snell said.