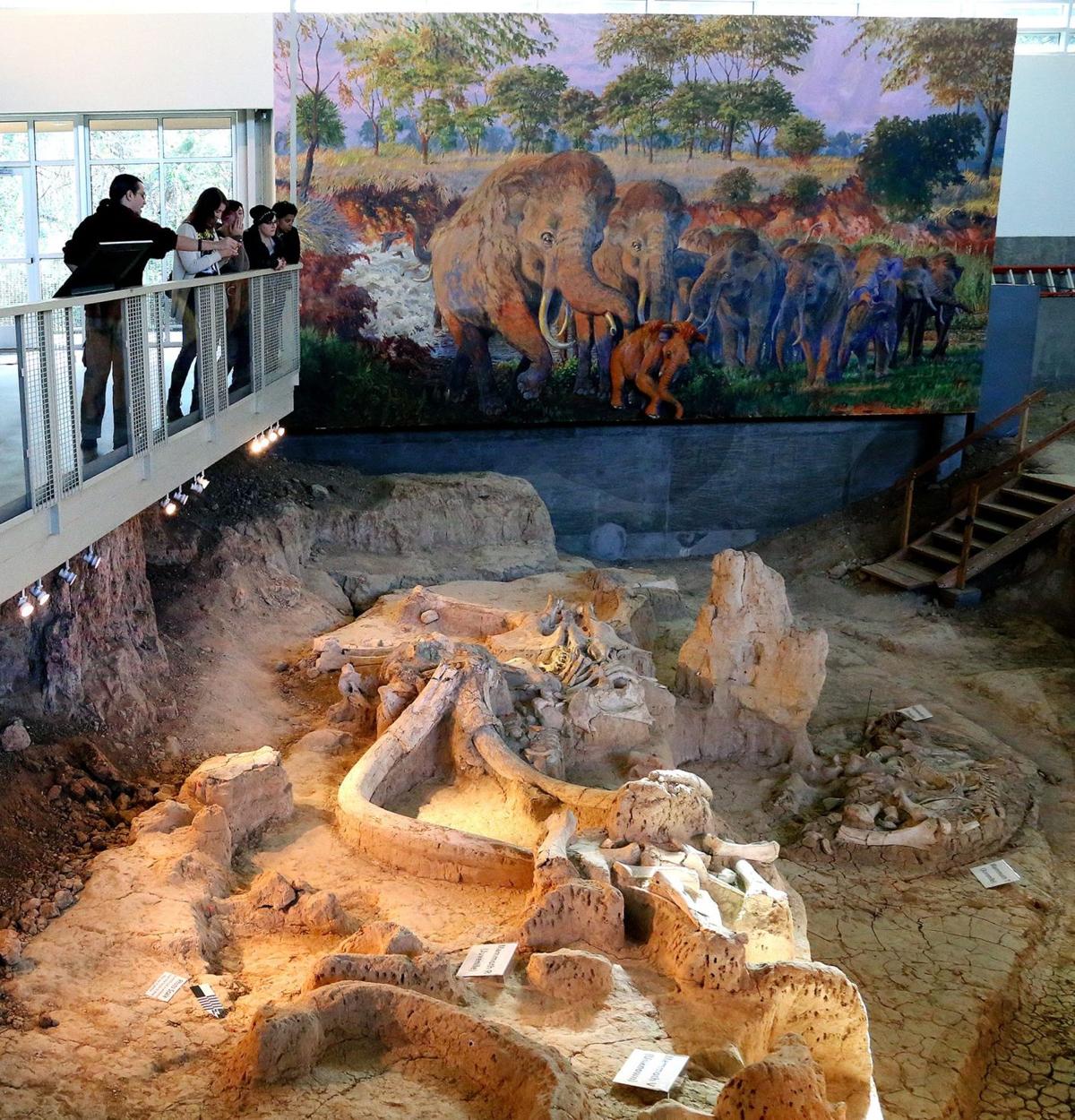 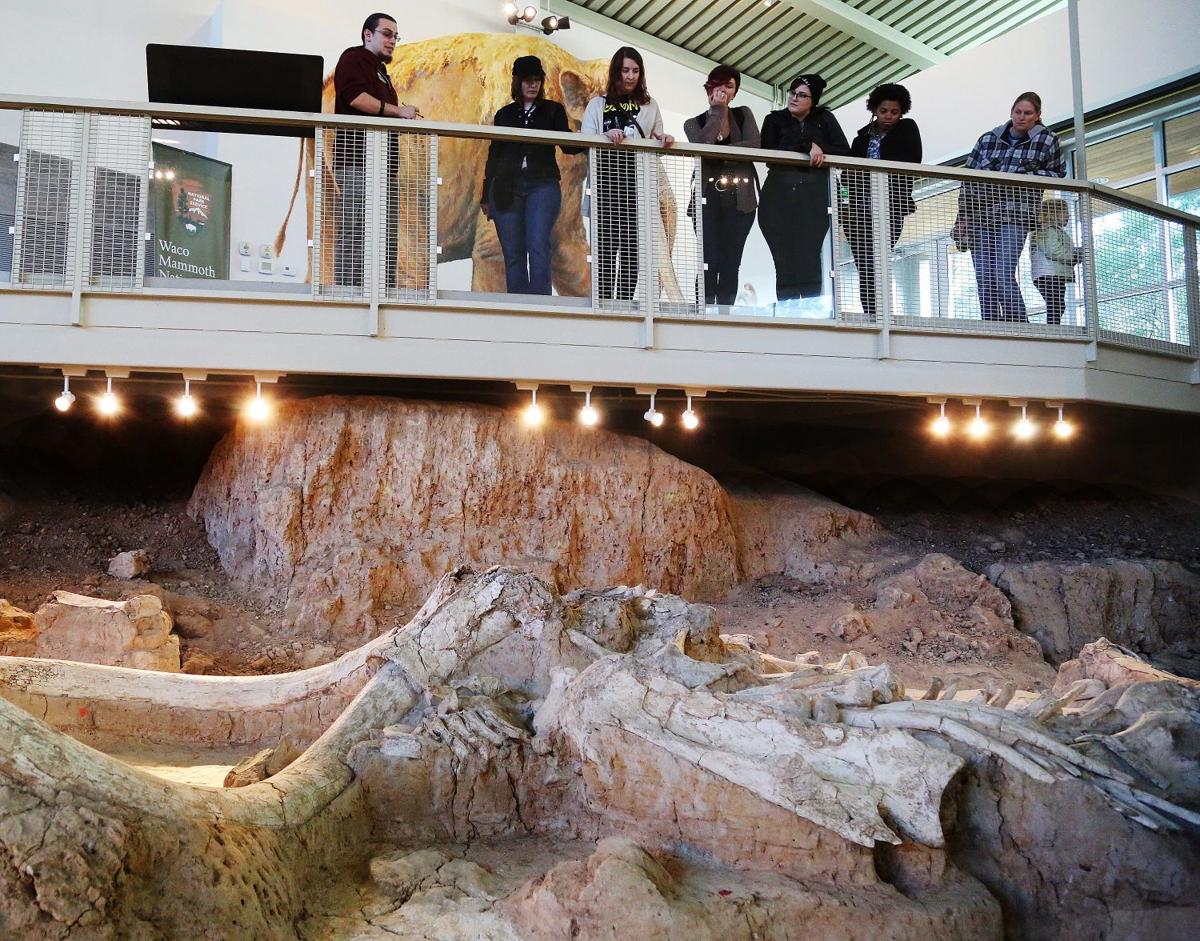 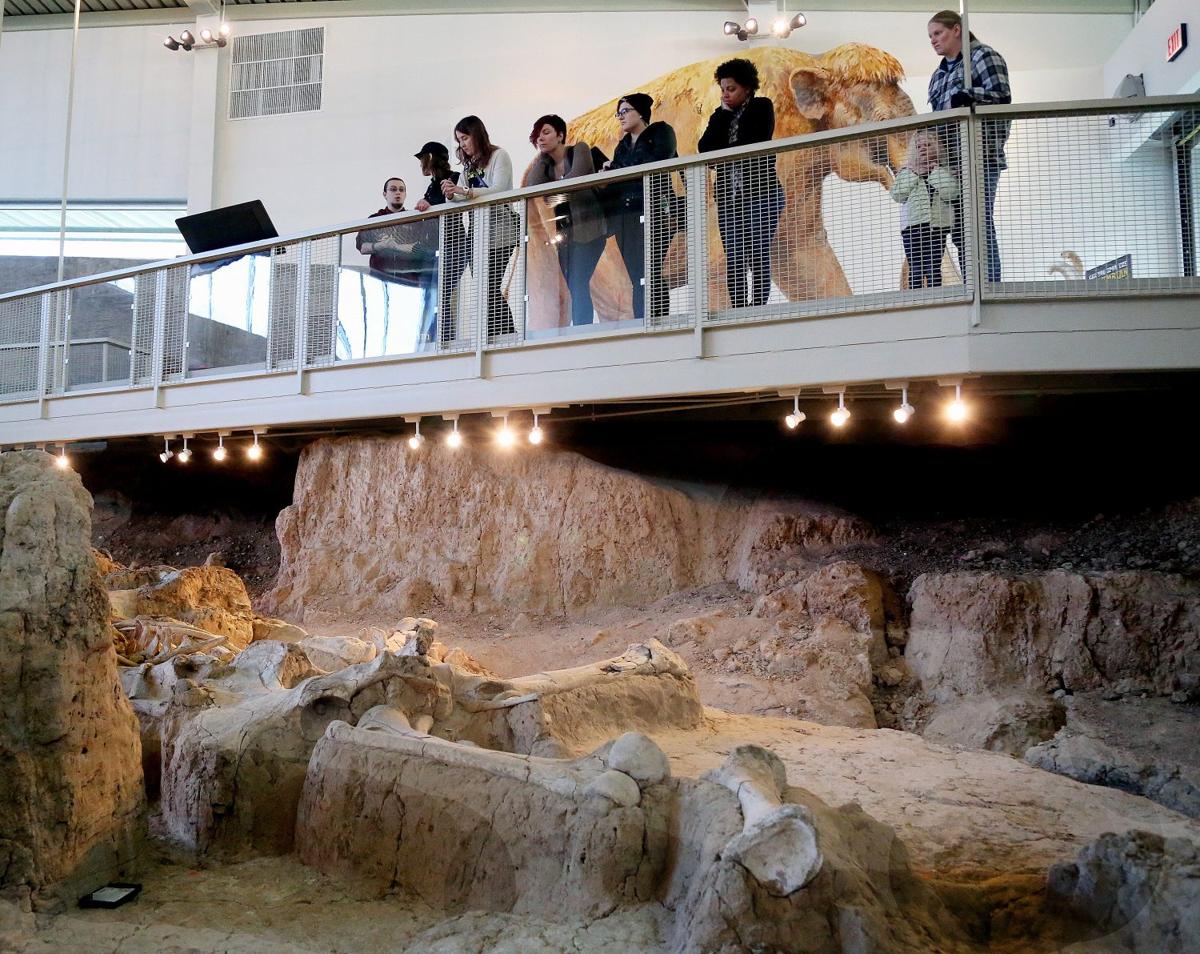 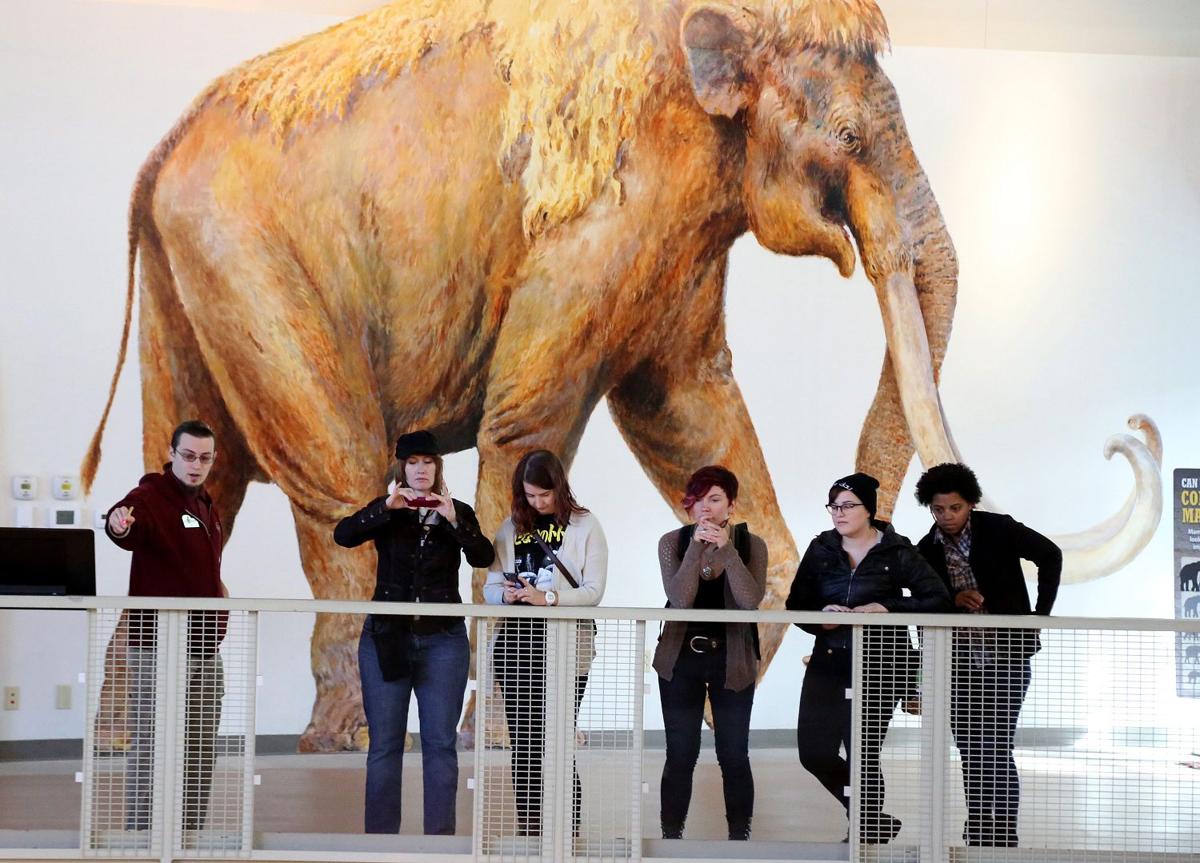 A tour group gets a close-up look at old bones at the Waco Mammoth National Monument.

A tour group gets a close-up look at old bones at the Waco Mammoth National Monument.

The Waco Mammoth National Monument has seen its attendance doubled, its staffing increased and its tour prices slashed since it became part of the national parks system in July.

But site officials expect even bigger things this year.

A master planning process is beginning this week that by year’s end should result in a 10-year plan for the site’s development. Fundraising is expected this year to begin for the next phase of the development, a children’s “discovery” complex that could cost between $1.5 million and $3 million. Work also is expected to begin on doubling the site of the visitors center to accommodate tour groups.

And more federal funding is on the way. National Park Service officials say they hope to get funding later this year for a full-time curator and a paleontologist who could reopen research at the site where 24 Columbian mammoths and other Ice Age creatures have been discovered.

That would be in addition to the four park ranger positions the feds have already funded through a temporary budget agreement with the Lyndon B. Johnson National Historical Park. Three of those positions have been filled so far.

Russ Whitlock, superintendent for the LBJ park and the mammoth site, said he has requested a regular annual appropriation of about $430,000 for the Waco Mammoth National Monument, starting with the federal fiscal year beginning in October. That would be in addition to the operational and capital funding the city of Waco is already providing, totaling $462,678 this budget year.

Whitlock said he hopes the new resources will allow the Waco site to expand its outreach and its operating days and hours.

“People just keep coming to that site, and we’re trying to respond to that need by putting people in there to do these programs,” Whitlock said. “We wanted to get in there and be a meaningful partner, not just slap an arrowhead on the door and say, ‘You’re a national monument.’ ”

Already it appears that NPS arrowhead has had its desired effect. Monthly attendance has more than doubled since President Barack Obama declared the Waco Mammoth Site a national monument through an executive order on July 10, 2015. For all of 2015, attendance was 33,474, up from 21,890 the year before. Based on attendance in the past six months, site director Raegan King said she expects 2016 numbers to be in the 40,000s.

“I attribute that to being listed as a national park,” King said. “We have people who seek out national parks and come to Waco just for that.”

King said about 70 percent of the new traffic has been from out-of-town visitors, including a couple last weekend who made the Waco site the 401st NPS site they had visited.

King and Whitlock said they hope the site’s hours can be extended in the near future to help boost attendance. Currently the site is open Tuesday through Saturday, but Whitlock said Sundays are the second-biggest day of the week for national monument visitation.

King said a $2 reduction in tour prices also has helped the site’s popularity. At the advice of federal parks officials, the tour prices have been reduced to $5 for adults, $3 for children and $4 for seniors. King emphasized that admission to the park has been and remains free, and she encourages people to picnic or hike on the grounds.

NPS officials will sit down for several days this coming week to map out the monument’s future with officials from the city, Baylor University and the Waco Mammoth Foundation, all of which are partners in the site. The NPS expects this year to create for the Waco Mammoth National Monument a “foundation document” that is required for all national park properties, guiding their operations and development, Whitlock said.

“I think the foundation document will incorporate everything we have seen from the university, the city and the foundation as far as development and access to the (Bosque) River,” he said. “We do want to continue a public-private partnership and we definitely want to keep that strong private organization in the park.”

The Waco Mammoth Foundation raised $4.2 million to develop the park as an educational attraction, opening in late 2009. The work included enclosing the dig site in a climate-controlled pavilion.

Foundation chairwoman Gayle Lacy said the foundation board wanted to use the federal designation as a springboard for a new capital campaign to build the children’s discovery center, which would include recreational equipment to make the site more child-friendly.

But she said the board is holding off until further talks with the National Parks Service this week. She said the board wants clarification on whether it needs to reorganize as a “Friends of the Waco Mammoth National Monument” board, elected from a base of members. Still, Lacy said she expects the fundraising campaign to begin sometime this year.

“I think this is going to give us some momentum and excitement with our donors,” she said. “I think there’s greater interest and enthusiasm now.”

Whitlock said the national monument status will extend the board’s reach in getting grants outside of Waco. The National Park Foundation, the official charity supporting the National Park Service, is an obvious place to start, he said.

Whitlock and King both said a key to sustaining interest in the Waco Mammoth National Monument is maintaining it as a working laboratory. A paleontologist and curator could start the work of analyzing some of the mammoth remains that have been excavated over the years and which are now in storage in plaster casts at Baylor University. In the long run, the paleontologist could lead efforts to exhume more mammoths and Ice Age animals thought to be buried at the site.

The National Park Service owns five acres, including the pavilion, but the city owns 100 acres around the site that it can cede to the NPS at its discretion.

The park system already is advertising for a summer intern to begin fossil preparation work, and in the future schoolchildren and other visitors should be able to witness fresh work in progress by paleontologists.

“Why wouldn’t people want to come back when we keep making new discoveries?” King said.

One of the most striking moments for anyone visiting Waco is walking into the carefully maintained, climate-controlled dig-site pavilion at th…

U.S. Secretary of the Interior Sally Jewell headlined the dedication of the Waco Mammoth National Monument on Monday, marveling at the local p…