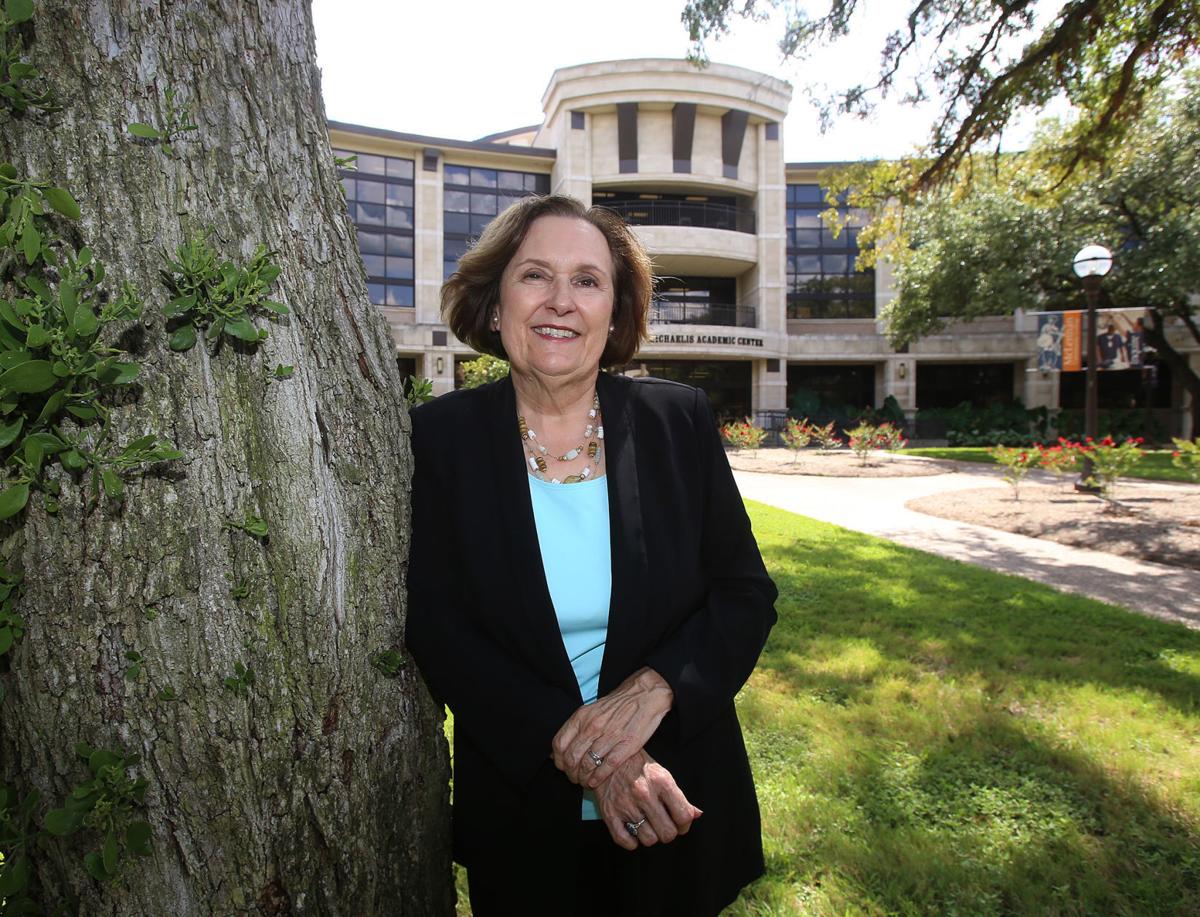 Johnette McKown marks the 10th anniversary of her time as McLennan Community College president this month. She has been with the college since 1989, when she started as vice president for business services. 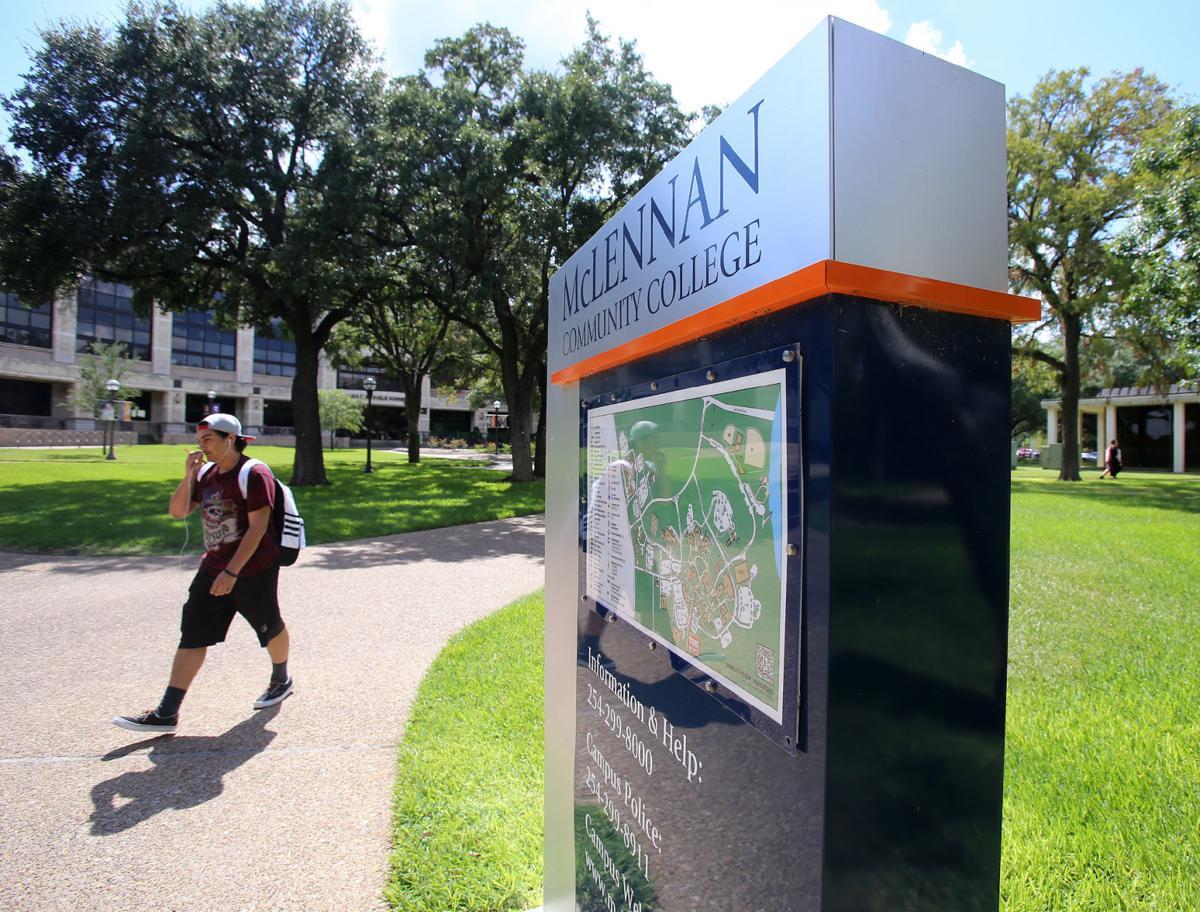 Johnette McKown marks the 10th anniversary of her time as McLennan Community College president this month. She has been with the college since 1989, when she started as vice president for business services.

At the start of each McLennan Community College Board of Trustees meeting, MCC President Johnette McKown takes the time to introduce the guests present and those with business on the agenda.

She rarely fumbles for a name, and the gesture helps set a tone for the following meeting, lowering speakers’ anxiety and allowing trustees to match names with faces.

It is a small thing, but McKown’s coworkers over the last decade say it is emblematic of her leadership and administrative style, one that always considers the people involved or affected by a decision.

“She’s such an incredibly character-driven leader,” said Kim Patterson, executive director of the MCC Foundation and a former MCC spokesperson under McKown. “She always puts people first before things.”

McKown, 69, marks her 10th anniversary as MCC president this month, with Sept. 22 the anniversary of her formal inauguration. McKown is the third president in the community college’s almost 55-year history, following Wilbur Ball and Dennis Michaelis.

She sees herself largely as one expanding the work of her predecessors.

“Dr. Ball was the builder. Dr. Michaelis was the visionary. I’m trying to work to expand what they did,” she said in a recent interview.

In a sense, it’s bridge-building: connecting the present with what’s needed for the future.

Slightly more than 10 years ago, McKown was the college’s executive vice president under Michaelis, a position she had held for seven years. When she indicated to trustees she was interested in the post, many were secretly pleased.

“She’s a special person. She cares not only about the taxpayer, but specifically about students and their education,” recalled former MCC trustee Randy Cox, who was chairman of the board when McKown was selected as president. “She was head and shoulders above the other candidates.”

The valedictorian of Farmerville High School in her hometown of Farmerville, Louisiana, and a Fulbright Scholar, McKown holds degrees from Louisiana College, Paris Junior College and Texas A&M University-Commerce. She came to MCC in 1989 as vice president for business services after 14 years with Paris Junior College, then in 2002 became executive vice president under Michaelis.

When McKown felt a need for training in accounting, she chose to pursue an associate’s degree at Paris Junior College. Even now, she occasionally teaches English and grammar.

“In my heart, I’m just an English teacher,” she said with a smile.

Patterson, the McLennan Foundation director, said McKown’s varied experience informs a personal empathy she shows in all manner of relationships, from students and faculty members to fellow administrators and people in the community.

“She’s very popular with faculty and students, and that’s a pretty fine line for a president to walk,” MCC board Chairman K. Paul Holt said. “She’s clearly a students’ president, yet the faculty enjoys working with her as well . . . Part of her personality is to want everyone to feel included and feel welcome.”

The MCC president’s community visibility and reputation means it is sometimes hard to make an anonymous trip to the grocery store, she said. She is soft-spoken and called herself “low-key,” but when she’s recognized by a former or present MCC student, she warms at the shared memory.

The college recently undertook a $7 million renovation of the Business and Technology Building, more than $2 million in renovations of the cosmetology center and the Student Services Completion Center, and a three-year plan to upgrade faculty and staff salaries to market levels is in its second year.

McKown points to the expansion of counseling and educational support for MCC students, expansion of dual credit classes for high school students, reduction in dual credit tuition, expansion of the University Center allowing more students to pursue four-year degrees, growth in scholarships and other financial assistance, and creation of a food pantry for students, many who have families of their own.

“I tend to work on projects that help students the most,” she said.

There is also the Stuart and Stephen McKown Emergency Fund that she and her husband Stan started in memory of two nephews who died by suicide within three months of each other. That fund, managed by the McLennan Foundation, provides small grants to students facing a financial emergency.

“It’s assistance so that a student wouldn’t feel that hopelessness,” said Patterson, who has worked with McKown for 26 years. “She has tremendous empathy for what people go through.”

McKown’s leadership does not stop with MCC, but extends statewide in her involvement with the Texas Association of Community Colleges, which she served six years as chair-elect, chairman and outgoing chair. Association President and CEO Jacob Fraire said McKown came aboard during a troubled time in the association’s history and made some difficult decisions to put it on a better footing.

The association is a more effective advocate for community colleges as a result, Fraire said.

“Dr. McKown’s leadership was absolutely central in making sure all 49 (state community) colleges came together,” he said. “She’s a very astute leader in building relationships. She’s respectful of other people’s opinions and that’s something she excels at.”

MCC board President Holt accompanied McKown on several of her trips to Austin to lobby for MCC and community colleges and said she holds her own in a Legislature filled with strong, even aggressive personalities.

“She’s a team builder … and held in high regard,” he said.

Looking to the future, McKown sees several challenges for MCC and other community colleges. They will need to keep up with the type of education and training needed for future careers, adjust to the growth of dual credit classes, continue to incorporate online elements of instruction, maintain campus safety and meet students’ noneducational needs.

She believes the future is a positive one for community colleges.

“We’re in the best place to make a difference,” she said.

“I will not be a 20-year president … but sometime (retirement) will logically happen. It will just happen,” she said.

Whatever the future holds, one suspects she’s already building a bridge for it and remembering names.