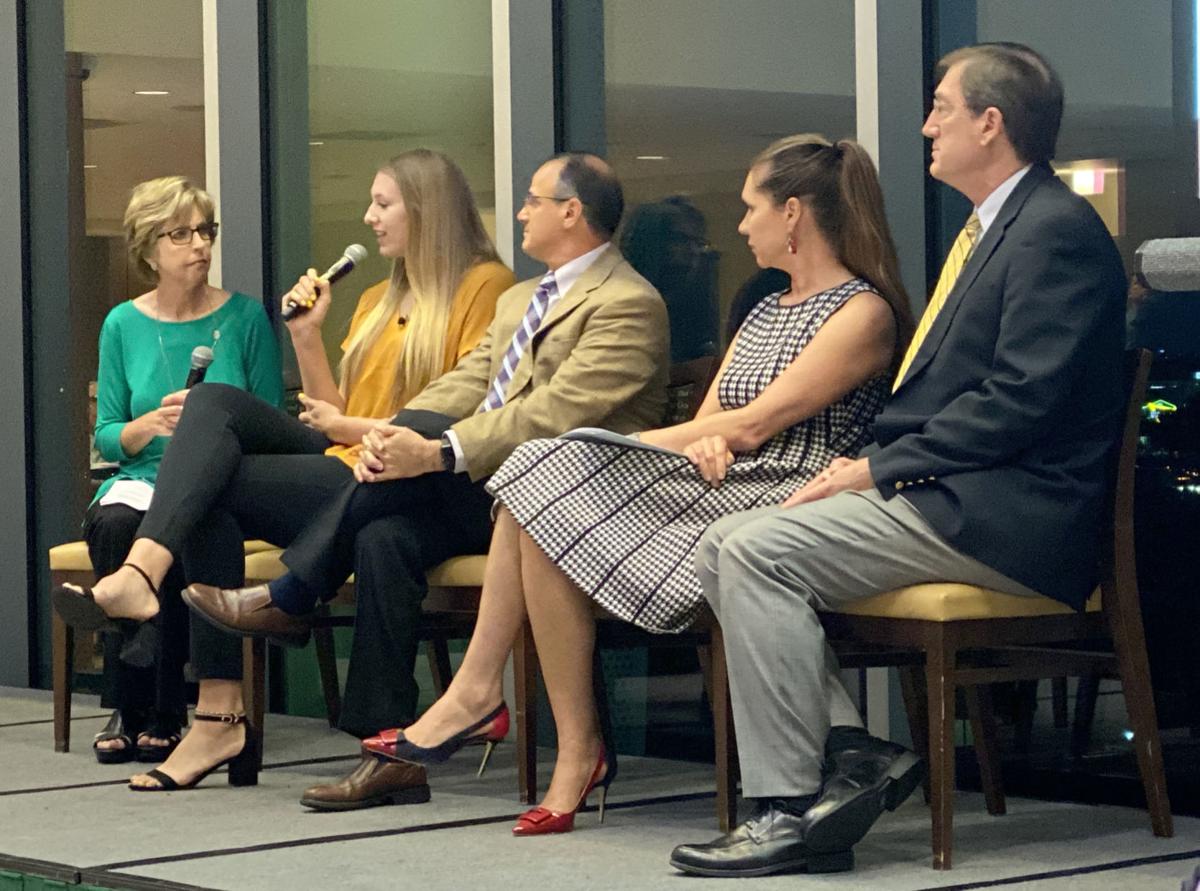 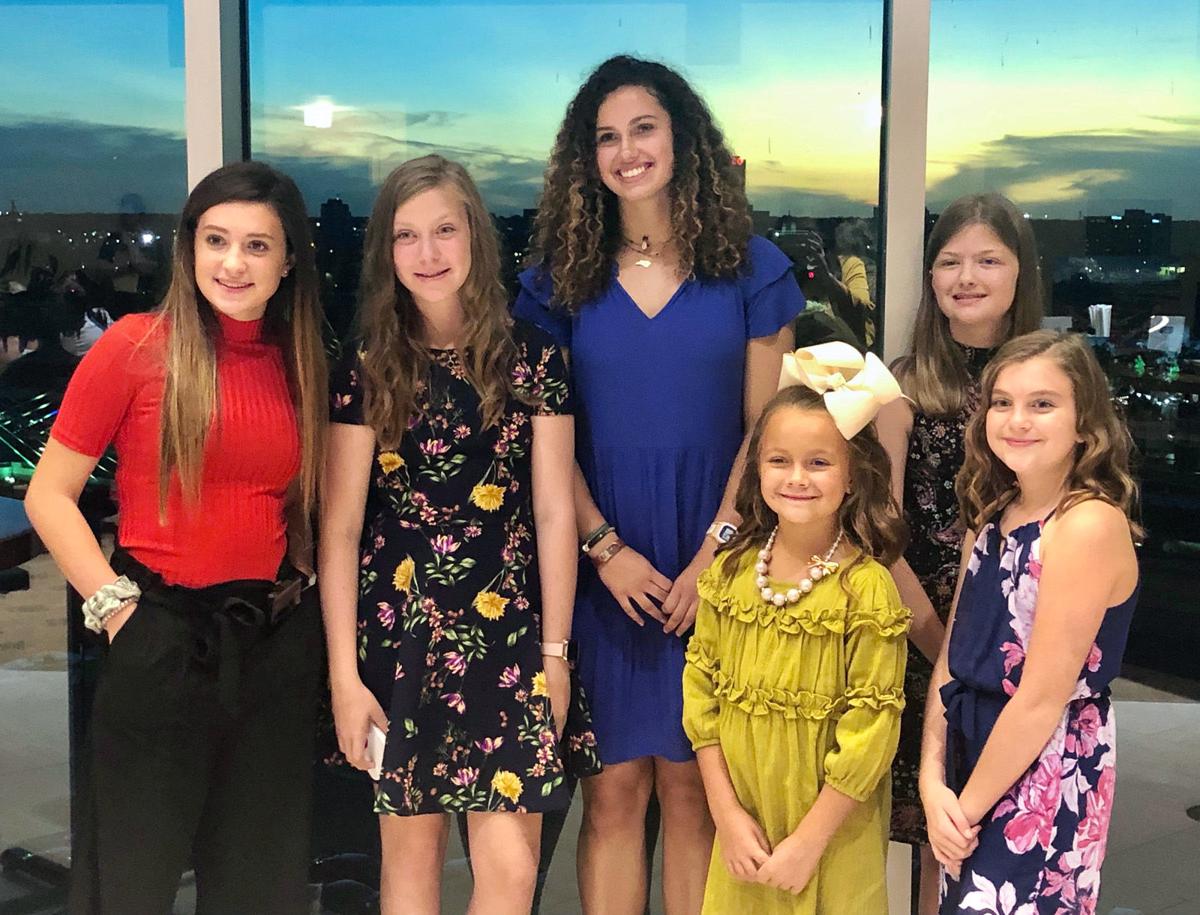 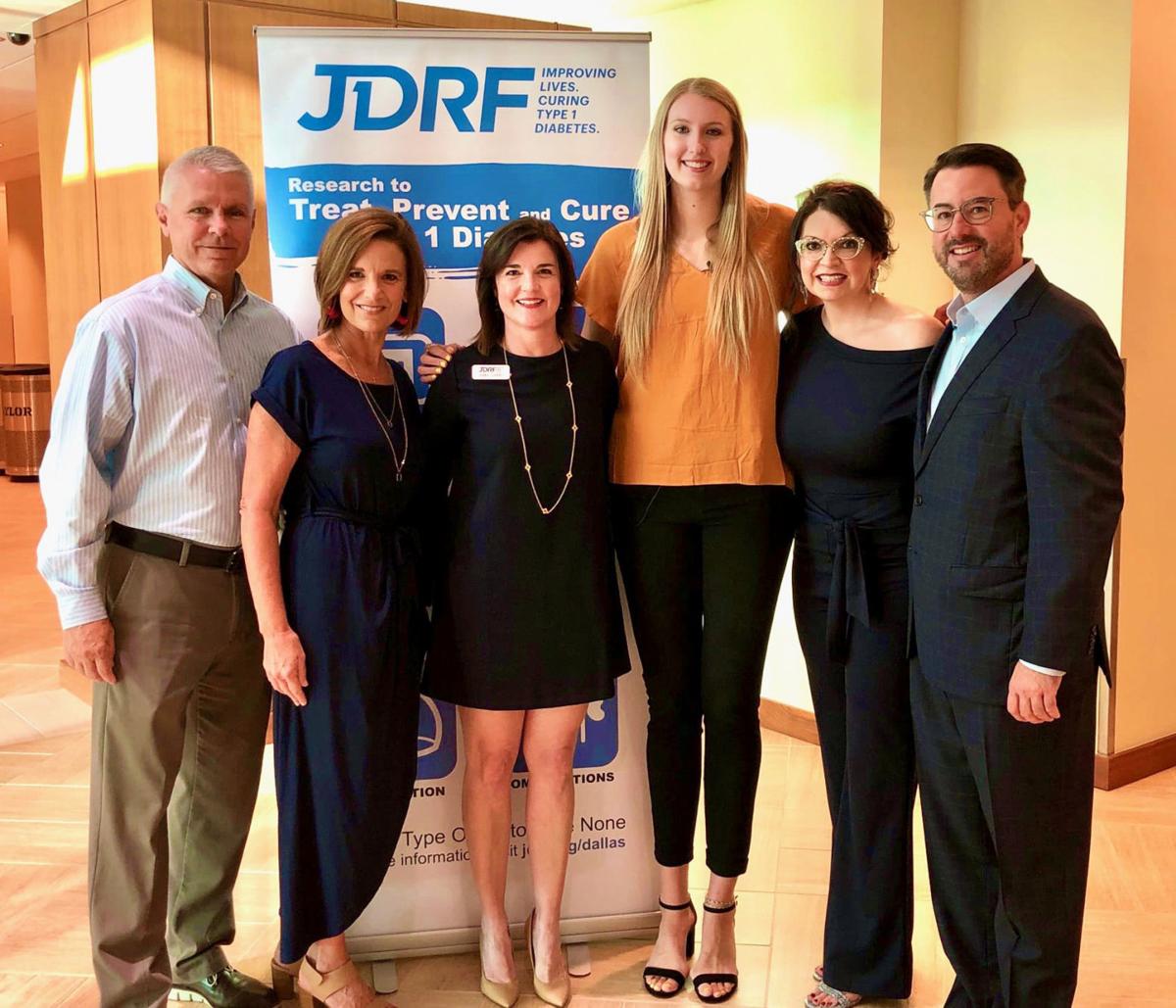 Baylor University senior Lauren Cox shared her experiences about playing collegiate basketball while living with Type 1 diabetes during a JDRF One Party event Sept. 25 at the Baylor Club.

The first-time event raised more than $50,000 for JDRF (Juvenile Diabetes Research Foundation), an amount that thrilled Kristen Pool, who co-chaired the event with her husband, Mike, as well as Brandy Kemph and Craig Cherry.

“Lauren shared her story and how she does it,” Kristen Pool said. “She plays college basketball at a high level, and she talked about the team approach to being able to play with diabetes. It takes a whole team, including trainers and coaches to help her stay healthy.”

Pool said Cox is already a role model for youths diagnosed with Type 1 diabetes (often referred to as T1D) and she inspires them to achieve more.

“But while Lauren is an inspiration to them, she said she draws inspiration from the kids she talks to,” Pool said.

“This is something she has 24/7, and it’s an added challenge when you play sports,” Pool said. “It’s tough to maintain. Your adrenaline makes your blood sugar go up, while exercise brings it down. It’s difficult to find that balance when you play and practice hard.”

Cox said the event was important to her.

“(The) event meant a lot to me because it’s been such a huge part of my life,” Cox said. “It was awesome to have such a great turnout. It was amazing to see everyone and realize that we don’t have to do it alone.

“I met a girl who is also a Baylor student, and it’s always nice to meet people with T1D around the same age as me because we go through a lot of the same stuff.”

JDRF ambassadors, youths with Type 1 diabetes, were also involved with the event.

Mike and Kristen Pool have dealt with Type 1 diabetes since their son Jared, now 23, was diagnosed at age 11. He graduated college and now works in Dallas, using the same insulin pump as Cox and a glucose meter to monitor his blood sugar.

Kemph also co-chaired with her fiance, Cherry. He is a Waco native and Type 1 diabetic who is an attorney with Haley & Olson PC.

“Kim Mulkey and the entire team have been incredibly supportive of Lauren,” she said.

Lauren’s younger sister, Whitney, was diagnosed as Type 1 last year, Pool said. Whitney plays for Lubbock Christian University and the sisters will meet on the court Oct. 30 at the Ferrell Center for Type 1 Diabetes Awareness Night.