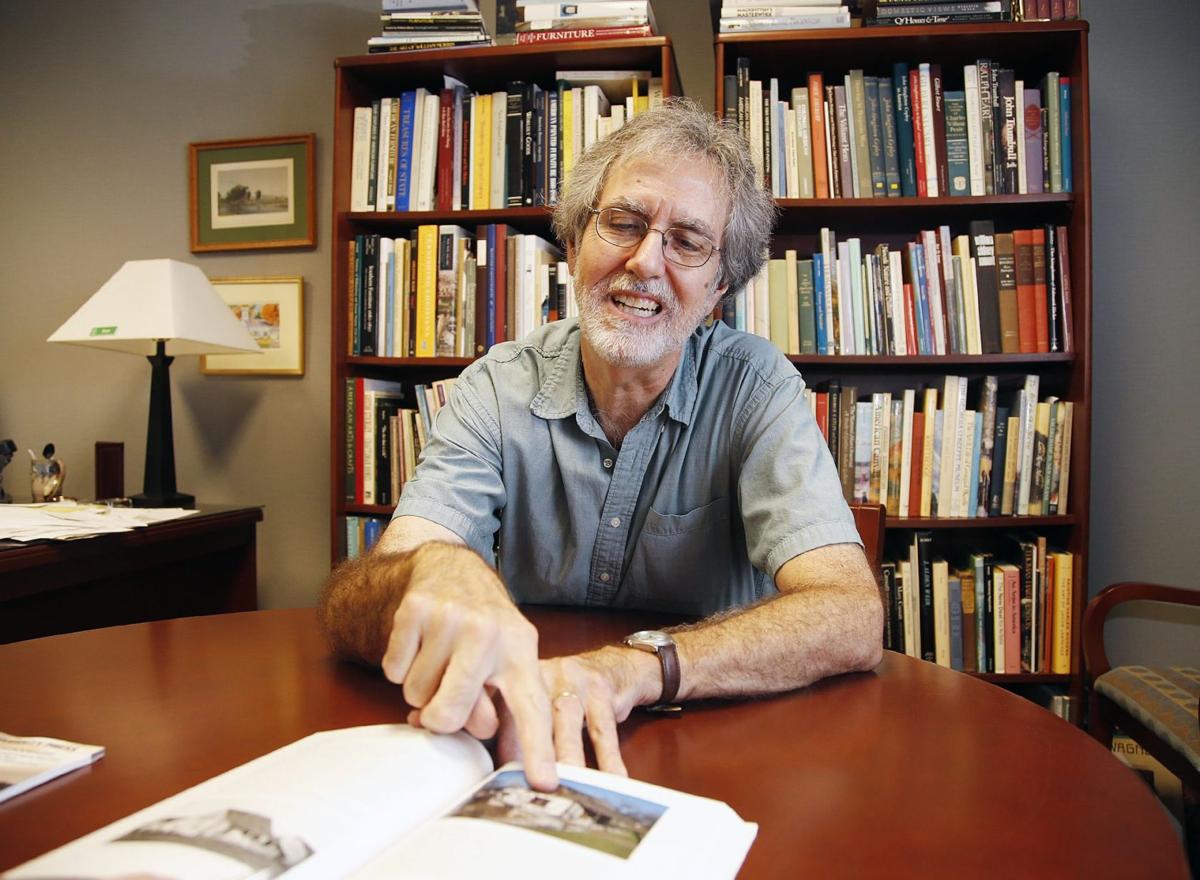 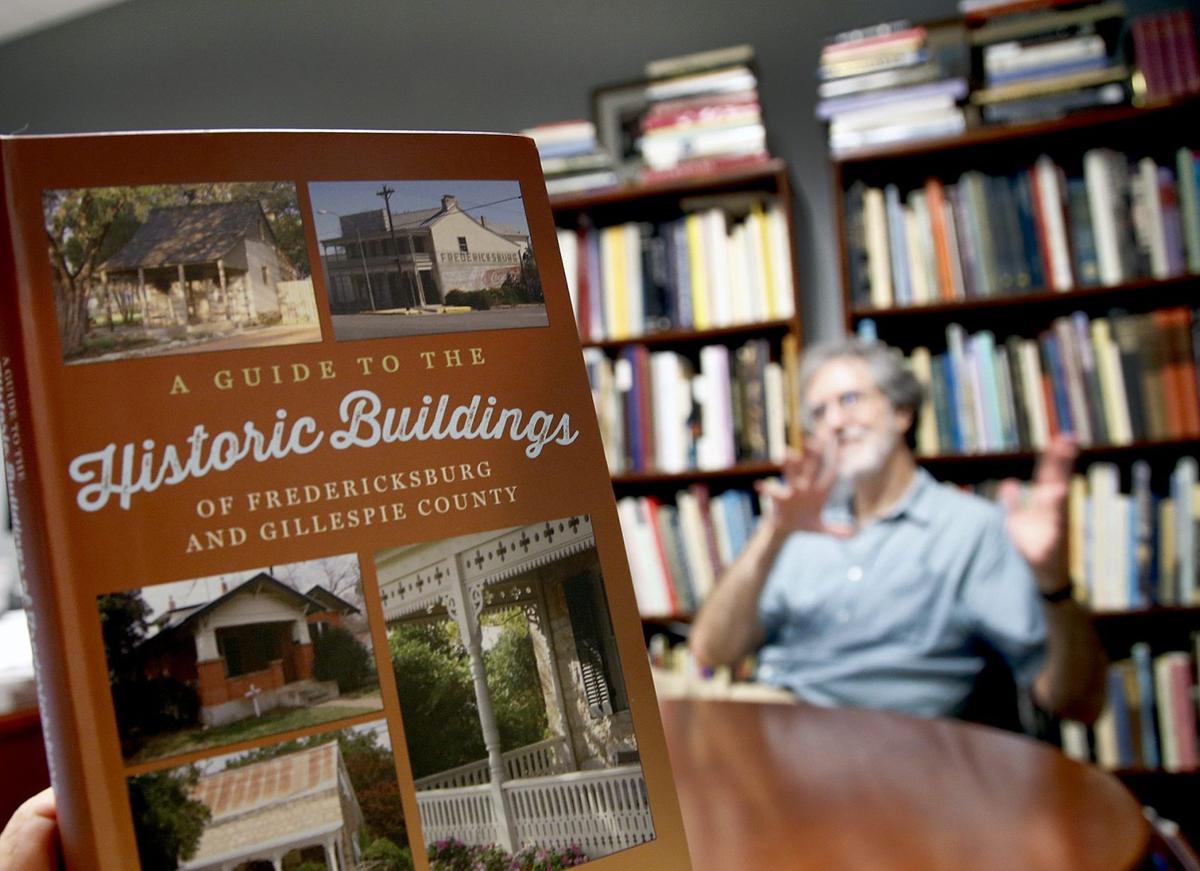 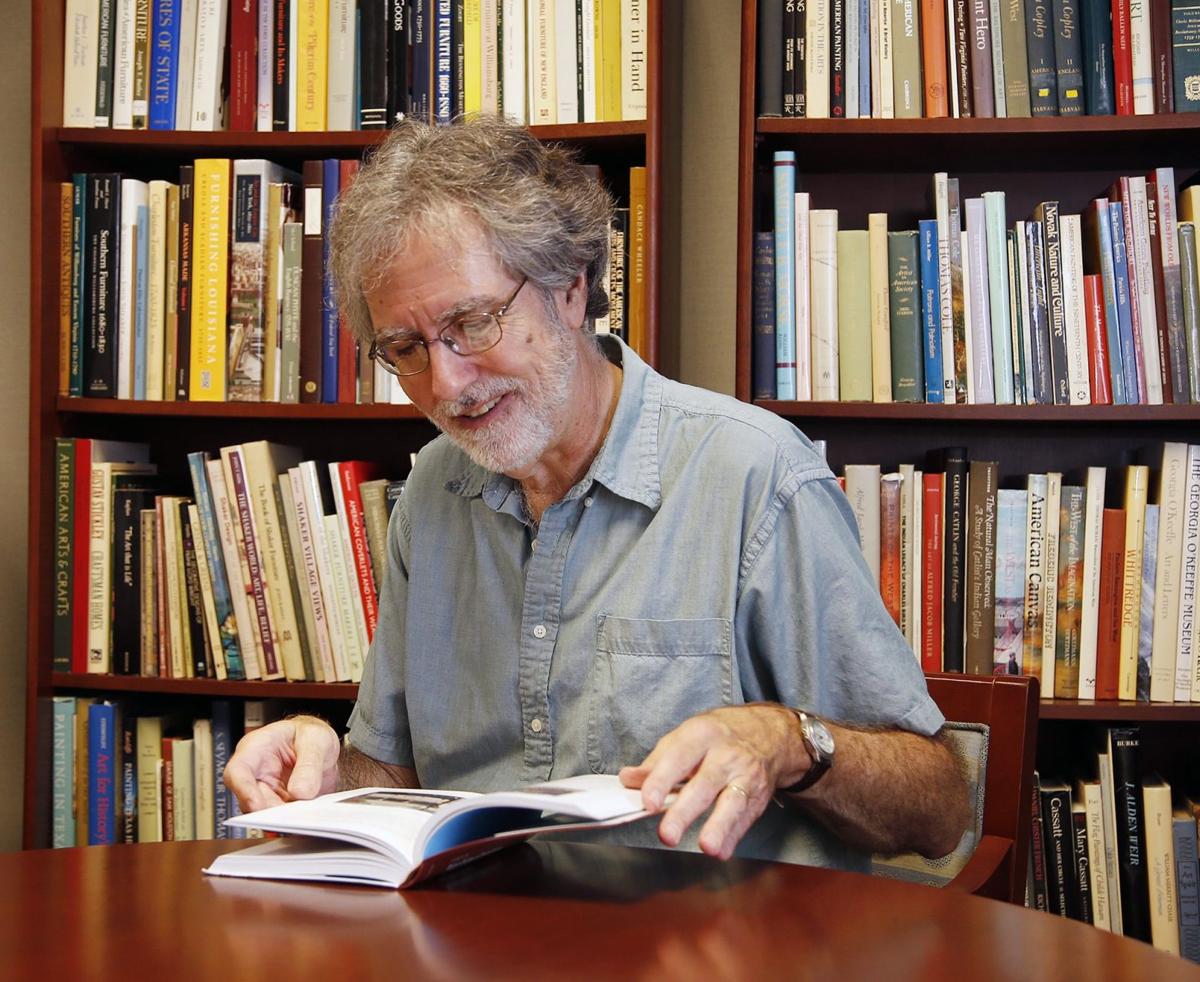 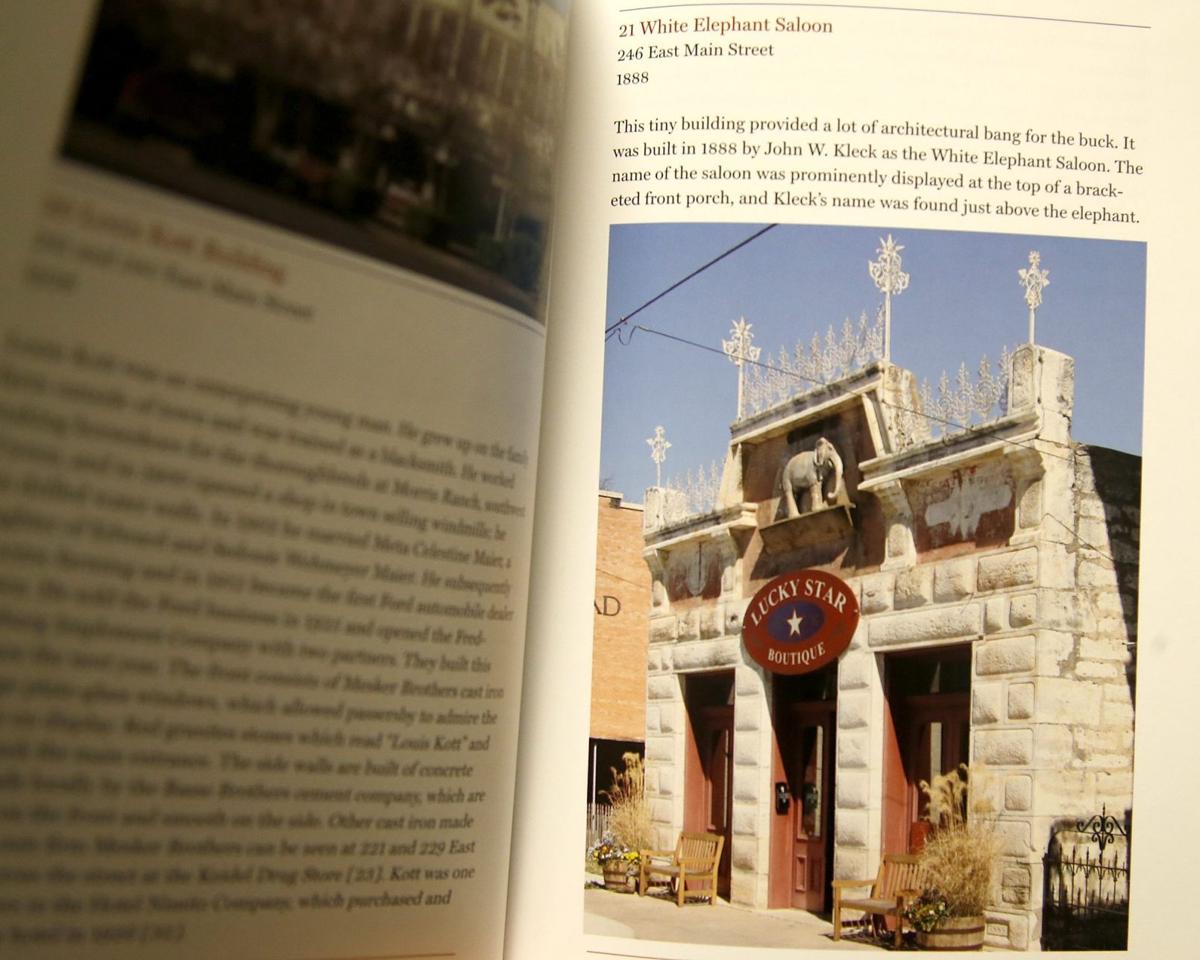 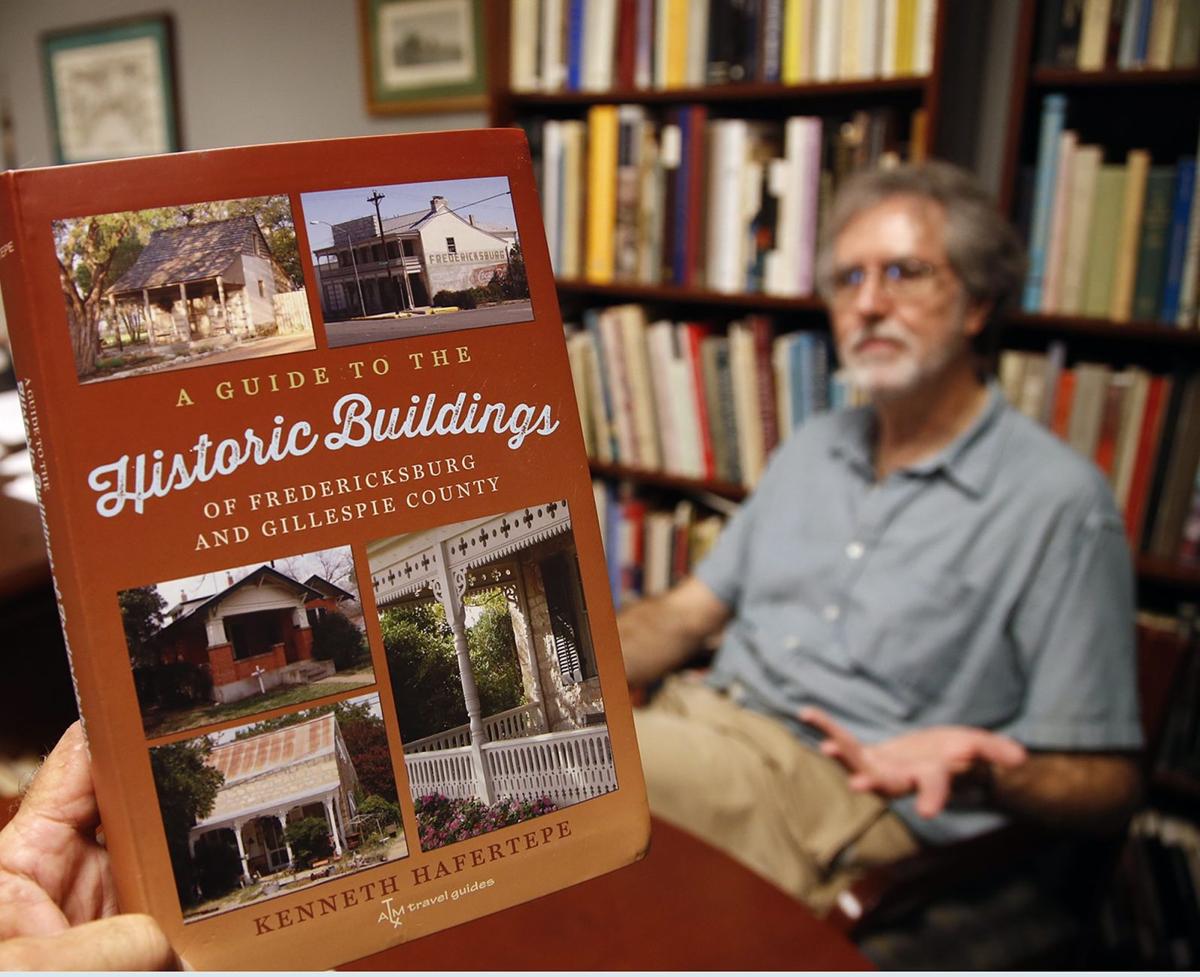 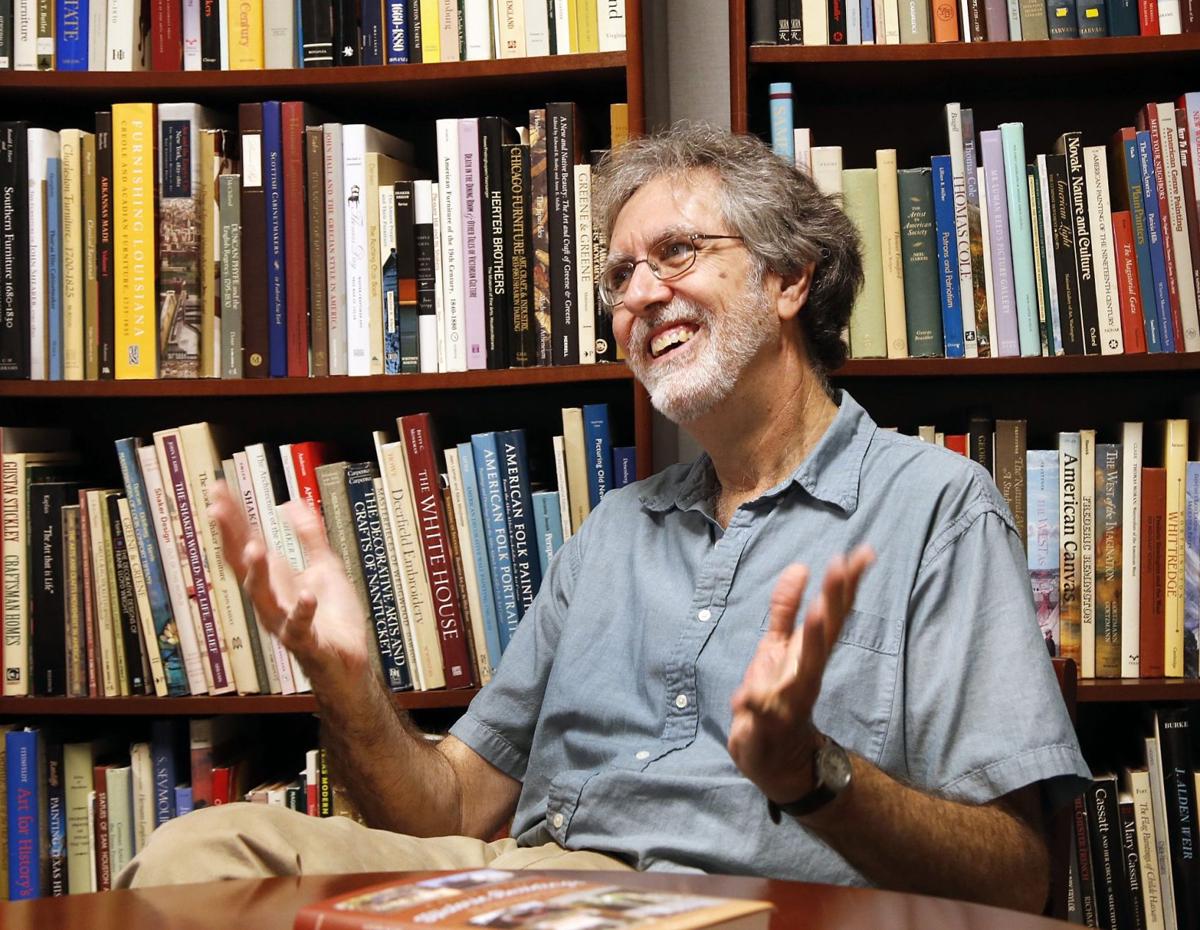 Kenneth Hafertepe, director of Baylor’s Museum Studies program, shares what houses can tell us about history in a Brazos Forum talk Thursday.

Kenneth Hafertepe, director of Baylor’s Museum Studies program, shares what houses can tell us about history in a Brazos Forum talk Thursday.

Kenneth Hafertepe can read a house like a history book. Its design and building materials, its age, its location and its owners all contribute clues that add up to a broader history of a neighborhood, a town or a region.

Stone walls rather than brick or wood? Sturdier, but more likely a sign that quarried rock was convenient or the builder wealthy enough to bring it in.

Ornamental cast iron on a 19th-century Texas home? Likely imported from an eastern city and more easily accomplished if a railroad is nearby.

Houses in a small town with a similar style, floor plan and proximity to each other? Look for an architect connection or family ties.

Reading history in this way has been the passion of Hafertepe, the Baylor University associate professor who chairs the university’s Museum Studies program from his office in the Mayborn Museum.

That passion is behind such books as “America’s Castle,” his history of the Smithsonian Institution Building and its growth, and “Abner Cook: Master Builder on the Texas Frontier,” his biography of the 19th-century architect who designed the Texas Governor’s Mansion.

Hafertepe’s expertise and background inform two recent projects, a Brazos Forum talk Thursday about a Southern California mansion that’s a sterling American example of the Arts and Crafts Movement, and the book “A Guide to the Historic Buildings of Fredericksburg and Gillespie County,” published this spring by Texas A&M Press.

In both, listeners and readers can expect to come away with a way of looking at buildings and architecture that may inform how they see their community.

Thursday’s talk, held at the Mayborn Museum, focuses on the Gamble House in Pasadena, a 1908 mansion designed by California architects Charles and Henry Greene.

The two built it for David Gamble, an heir to the Proctor & Gamble soap fortune, and, with money no object, they made it a shining example of the new Arts and Crafts Movement style, an architectural style that favored natural materials such as wood and stone; hand-crafted furniture integrated into the house design; efficient use of space; and no central stairways or passages.

“The Gamble House is their masterpiece,” Hafertepe said.

Any examples of Arts and Crafts homes in Waco?

“The shorter answer is no, although there are a few great examples of Arts and Crafts style in Texas,” he said.

Waco does have bungalows and American Foursquare houses, simpler homes in related styles and popular in 1920s Waco, a period when the city experienced its greatest growth.

Older historic Waco homes drew their inspiration from dominant styles in the East, where much of Waco’s population in the 19th century came from, Hafertepe said. Its leading architects favored Colonial Revival, Spanish Revival and Dutch Revival when it came to grand homes and buildings.

The Brazos Forum is an annual seminar that explores a topic in the decorative arts with talks given by experts in the field.

In an effort to broaden its audience this year, the forum added two free public talks in the months before the main event Oct. 27-29, which will look at such historic houses as Thomas Jefferson’s Monticello, the du Pont family estate Winterthur in Delaware and the Hampton Mansion in Towson, Maryland.

Hafertepe’s talk on the Gamble House follows a May lecture on Austin’s Byrne-Reed House by Humanities Texas director Michael Gillette. Moore said those two homes were chosen in part to add a western counterpart to the East Coast houses examined in October.

Moore thinks the Brazos Forum offers a way to learn about history and culture that informs today’s world, in a format that allows discussion and dialogue.

“With all the electronics in our world . . . I think people are losing some of their connectivity,” she said “Our long-term mission is to bring in young people. If we don’t expose young people to our past, who’s going to populate our museums and galleries in the future?”

Those museums, present and future, are a career focus for Hafertepe, who teaches Baylor classes in historical preservation, American Material Culture and American Decorative Arts among others.

He sees historical preservation as more than museums serving as containers for objects, and his latest book, “A Guide to the Historic Buildings of Fredericksburg and Gillespie County,” is tailor-made to accompany and inform a walking or driving tour of the Texas town and its surrounding county.

The book is an excerpt from a larger project that Hafertepe began in 2004, shortly after his arrival at Baylor.

That book, “The Material Culture of German Texans,” proved a sprawling project.

The topic is broad — Hafertepe defines material culture as “things people made or used and ways in which they modified the landscape” — and the Texas communities and cities that he examined include Galveston, Houston, San Antonio, Fredericksburg, New Braunfels, the Hill Country, Round Top and Winedale — the “German belt” of the Lone Star State.

In 2012, he proposed reworking his material on Fredericksburg and Gillespie County, which includes the LBJ Ranch and the iconic village of Luckenbach, into a smaller, stand-alone guide, a suggestion his publisher readily accepted.

“It’s quite astonishing. I don’t know of another community that size that has such a concentration of 19th- and early 20th-century houses,” Hafertepe said.

“One of challenging things was to get in deep to learn about the community without staying more than three days at a time,” he said.

Fredericksburg’s tourist economy helped, in that many historic buildings are now restaurants or bed-and-breakfasts whose owners readily opened their doors to Hafertepe.

Some of his findings counter what visitors might learn on a weekend visit. The town’s distinctive eight-sided Vereins-Kirche, one of Fredericksburg’s first major buildings, actually is a replica constructed away from the church’s original location on what’s Main Street today, he said.

Many of the late 19th-century homes identified as “Sunday houses” — structures built by out-of-town farmers for weekend visits to town — are far more substantial than what frugal Germans would build for occasional use, he said, and the arrival of the automobile in the 20th century effectively killed the need for Sunday houses.

In many cases, homes contain several building styles, due to owners building on them as they could afford to. Other style variations indicated changing tastes of younger generations. Hafertepe’s eye for detail even uncovered a Waco connection: The pews in the Holy Ghost Lutheran Church were built by Waco church furniture factory L.L. Sams.

Add up the details and one gets the bigger picture of how a community lived and grew.

“You want to see how these buildings changed to meet the needs of the town,” the museum studies professor explained. “All these clues are inside, in the attic or in the basement.”

What: Brazos Forum talk on a Southern California mansion, the Gamble House in Pasadena, that’s a sterling American example of the Arts and Crafts Movement