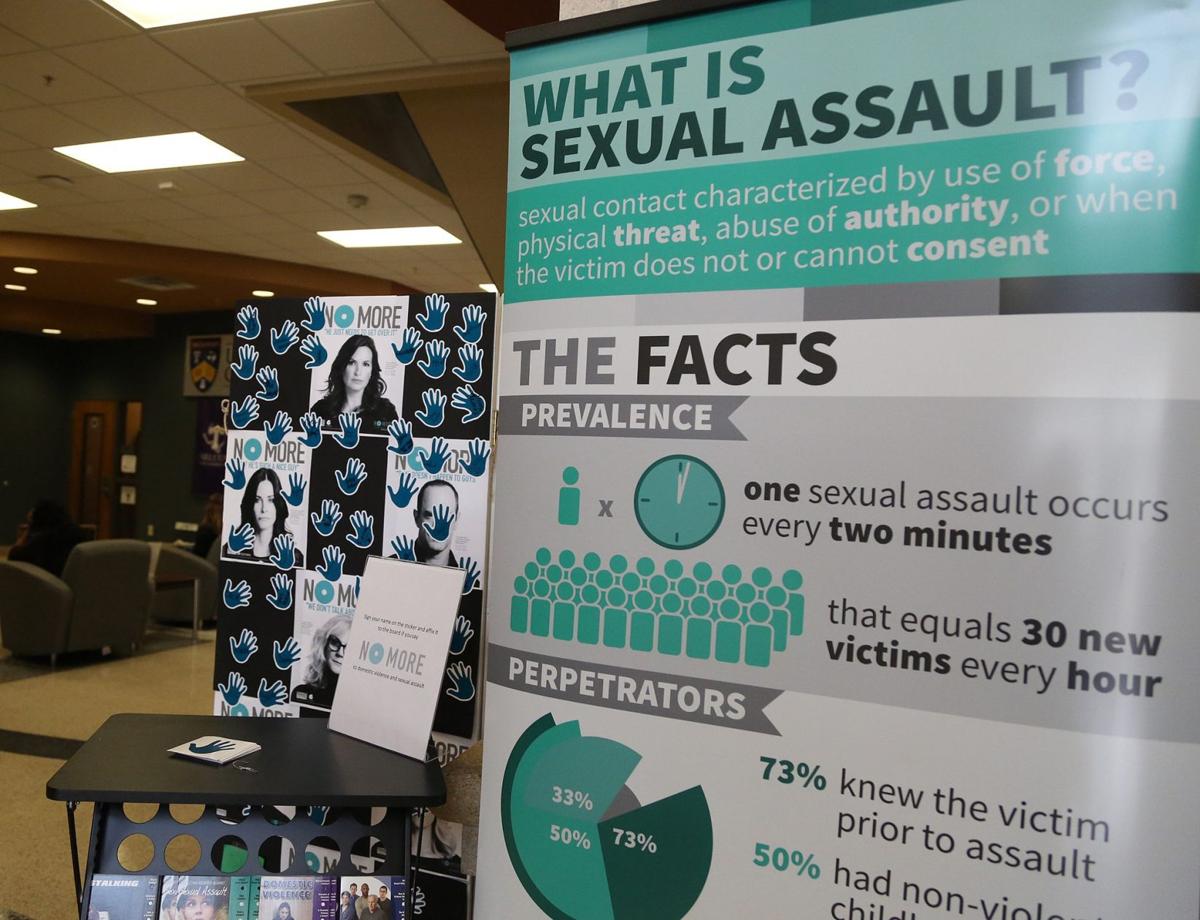 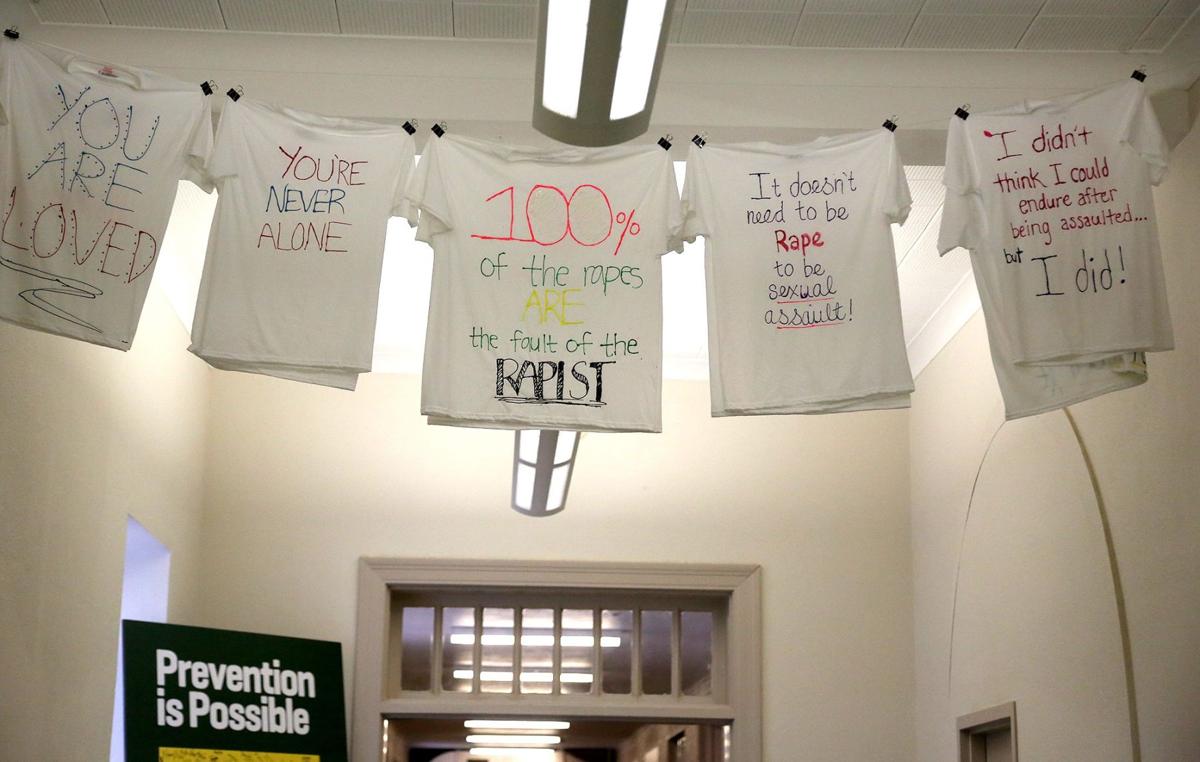 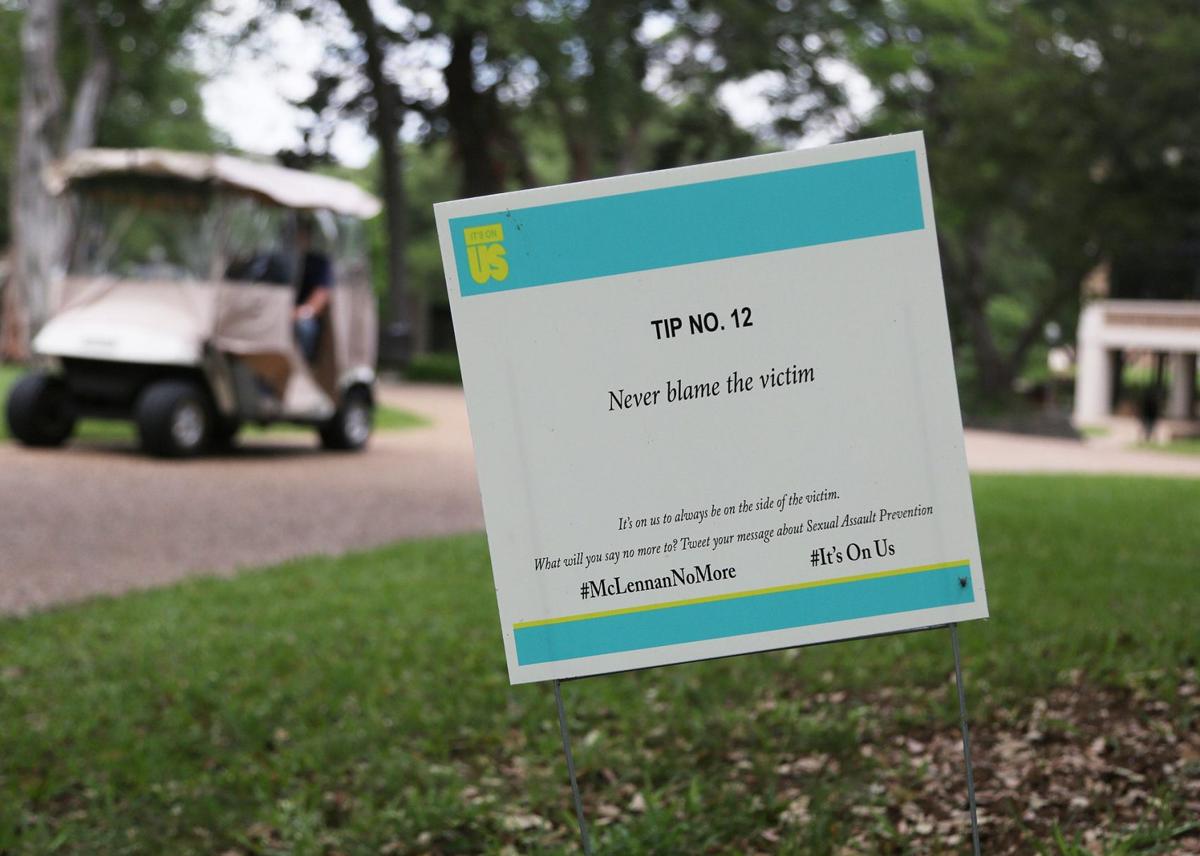 A sign at McLennan Community College says, “Never blame the victim.” One of MCC’s four events was titled, “How NOT to be a Victim.” National Sexual Violence Resource Center spokeswoman Laura Palumbo called the event victim blaming.

A sign at McLennan Community College says, “Never blame the victim.” One of MCC’s four events was titled, “How NOT to be a Victim.” National Sexual Violence Resource Center spokeswoman Laura Palumbo called the event victim blaming.

As local higher education institutions have recognized Sexual Assault Awareness Month throughout April, their events have been met with mixed reactions.

As Baylor University looks to improve its standing on the issue, Title IX Coordinator Patty Crawford said April was an opportunity to continue a “mission of academic excellence in a caring community.”

Baylor students participated in a community prayer, were able to sign an online pledge to prevent sexual assault and made T-shirts with messages condemning sexual violence. Crawford said more than 50 students wrote messages on the shirts that were then placed around campus. An It’s On Us awareness video also was shown before athletic events.

Stefanie Mundhenk, a former Baylor student who previously told the Tribune-Herald how the university did not adequately handle her sexual assault claim, attended the T-shirt event and wrote on one, “Ask me about how my college is protecting my rapist.”

Mundhenk said Baylor’s April effort has been positive, but she is unsatisfied with the outcome of multiple sexual assault cases at the school.

“At the same time, I think it’s sort of like, ‘How good is it really that people are going through the Title IX office and not getting the results that they deserve?’ ” she said.

Crawford would not comment on how that arrest affected Baylor’s efforts.

Meanwhile, McLennan Community College held weekly events to recognize Sexual Assault Awareness Month. The second event, titled “How NOT to be a Victim,” was hosted by an MCC police officer.

Claudette Jackson, coordinator for student activities, said the event’s purpose was to give advice, such as not going certain places alone and not accepting drinks from strangers.

“It’s not a blaming a victim type of thing, but it’s ‘Here’s how you should be more aware,’ ” Jackson said. “Maybe the title wasn’t the best on that one, but it’s more, ‘Here’s what we see what’s occurring.’ ”

Laura Palumbo, spokeswoman at the National Sexual Violence Resource Center, disagreed, saying the event took a victim-blaming approach. Palumbo said it was difficult to hear that an event was titled that way.

“We don’t want it to be the responsibility of victims and survivors to protect themselves when this is not a situation that is in any individual’s control,” Palumbo said. “It creates so much blame and stigma to suggest otherwise.”

Crawford said Baylor’s efforts joined the national effort’s theme, “Prevention is Possible.” She said small-group training for athletic teams and Greek organizations focused on stepping into situations to prevent sexual assault. Next year, all students will be officially trained in Title IX awareness and prevention.

“I think Baylor students are strong leaders,” Crawford said. “Our office works to really build a strong platform for empowering students, so we had excellent participation and dialogue, I mean truly great dialogue with students.”

She said she hopes sexual assault prevention conversations will continue beyond April, specifically through the It’s On Us student advisory council. The council had been planning The Clothesline Project to create the anti-violence T-shirts since last fall.

Since 2012, five Baylor football players have been accused or convicted of sexual assault.

Oakman was arrested April 13, and he was named in an incident report alleging physical violence against an ex-girlfriend in January 2013. Oakman was previously dismissed from Penn State University’s football program for physically assaulting a female cashier at a campus store.

In 2014, former football player Tevin Elliott was convicted of sexual assault and sentenced to a 20-year prison term. During the trial, three other women testified Elliott raped them.

In 2015, former football player Sam Ukwuachu was convicted of sexual assault in a 2013 incident. He arrived at Baylor in 2013 after being dismissed from the football team at Boise State University.

In 2013, former football players Tre’Von Armstead and Myke Chatman were named by Waco police in an incident report involving sexual assault, but they were not charged. Armstead was dismissed from the football program in September 2015 and expelled in February. Chatman transferred to Sam Houston State University.

Additionally, former Phi Delta Theta fraternity president Jacob Anderson was arrested on a sexual assault charge in March for allegedly forcing himself on a woman outside of a party.

Texas State Technical College also participated in the April activities. Director of Student Conduct James Fickens said videos raising awareness of sexual violence are being run at all 10 TSTC campuses, and there have been activities involving bystander intervention and other It’s On Us campaigns.

“One of the things we do first and foremost is educate our students across the board on all of our campuses,” Fickens said. “From the first time we interact with students in the orientation process, students are made aware of sexual assault, sexual violence and sexual misconduct. They’re made aware of what Title IX is and who the Title IX coordinator is and how that process works.”

The United States first observed Sexual Assault Awareness Month in 2001. Since then, the campaign has expanded, and President Barack Obama signed a presidential proclamation this year announcing the efforts.