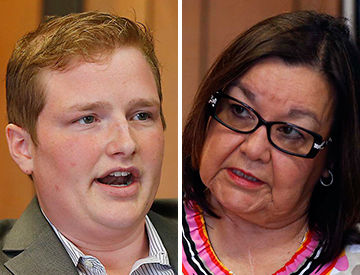 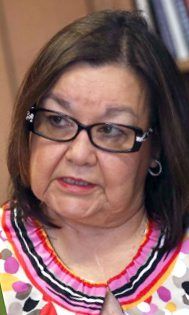 The May 9 Waco City Council election offers a distinct choice between candidates for District 2: a council veteran who aims to shield South Waco’s traditional neighborhoods from the effects of growth and a challenger who embraces growth as a solution to Waco’s problems.

Councilwoman Alice Rodriguez, a third-generation Wacoan and one of the longest-serving council members in Waco history, is facing Jake Russell, 24, who epitomizes a new generation of newcomers. He lives near Baylor University, his alma mater, and he owns a small furniture business along La Salle Avenue and sells real estate for Magnolia Homes.

Rodriguez, 71, who has served a total of 20 years since first elected in 1990, points to her street-level knowledge of the largely Hispanic neighborhoods of the district.

Rodriguez has fended off many challengers in past elections, including Baylor students, but she said she doesn’t take success for granted.

“Every campaign for me, when I have an opponent, I go out and do all I can,” she said.

Rodriguez prides herself on knowing constituents personally and being able to communicate in Spanish with Hispanic residents, who make up about 43 percent of the district.

“These folks pay their taxes and own homes, and they need to have a voice,” she said. “To me, it’s always important for the council to represent the diversity of the city.”

But some of the traditional neighborhoods of working-class Hispanic families have eroded during the past 15 years as multifamily student housing has replaced rows of small, wood-framed houses.

“With the new development along South Sixth, Eighth and Ninth, there are still some homeowners there, and I want to protect them,” Rodriguez said. “I know a lot of folks who lived in the area and didn’t want to sell out. Now they’re surrounded by apartments, and they feel like their privacy is being invaded.”

Rodriguez said that doesn’t mean she’s opposed to development. She has voted this year in support of zoning and design approval for two five-story student housing developments that collectively would house 1,400 students along Speight Avenue.

She was a supporter of a “university overlay district” that has put additional design controls on development around Baylor.

In the meantime, she wants to see the old Hart-Patterson Track near Floyd Casey opened to the community for walking and exercise. The city is officially the owner of the property but it has been in the control of Baylor for years.

While Russell lacks Rodriguez’s longevity in the district, he said he brings commitment and energy to representing it.

Russell said he fell in love with Waco when he moved here in 2008. As a native of a small town in southeast Texas, he thought of Waco as a city with a lot things to do.

“When I first got to Baylor, I was driving down Valley Mills Drive and thought, ‘This is a huge freaking street.’ ”

He now owns a furniture store on La Salle Avenue and works as a real estate agent for Magnolia Homes, which has a nationwide following from the “Fixer Upper” reality show on HGTV.

He said he wants to help the city capitalize on the newfound attention Waco has gotten from the show and encourage people to come here as tourists or new residents.

“There’s a lot of traffic coming into town, and there’s a really good opportunity to brand our city as a destination and make our assets better known,” he said.

Russell expects growth to continue and even accelerate in downtown, especially once Magnolia completes its Magnolia Market project at 601 Webster Ave. He said streets, utilities and public transportation need to be upgraded to prepare downtown for more shoppers, residents and businesses.

“You’re going to see traffic skyrocket once the market opens,” he said. “We’ve got to have the infrastructure in place.”

Russell said he would also like to see a more concerted effort to upgrade streets and housing in South Waco neighborhoods.

“There’s a lot of opportunity for the beautification of existing homes,” he said, adding that the Baylor Steppin’ Out program could be used for painting and minor repairs of South Waco homes.

“I have heard time and time again from residents that they love this area and want to improve what they have.”

Russell said he can represent Hispanics along with other ethnic groups in his district.

“At the end of the day, the things that are important to me — faith, family and small business — are things that cross over whether people are white, Hispanic or African-American. . . . I get along with so many people, and I’m willing to listen. Your problems may be different from my problems — tell me about them.”

There have been no disparaging words or even major policy disagreements between the two candidates in race for the District 4 council race, bu…