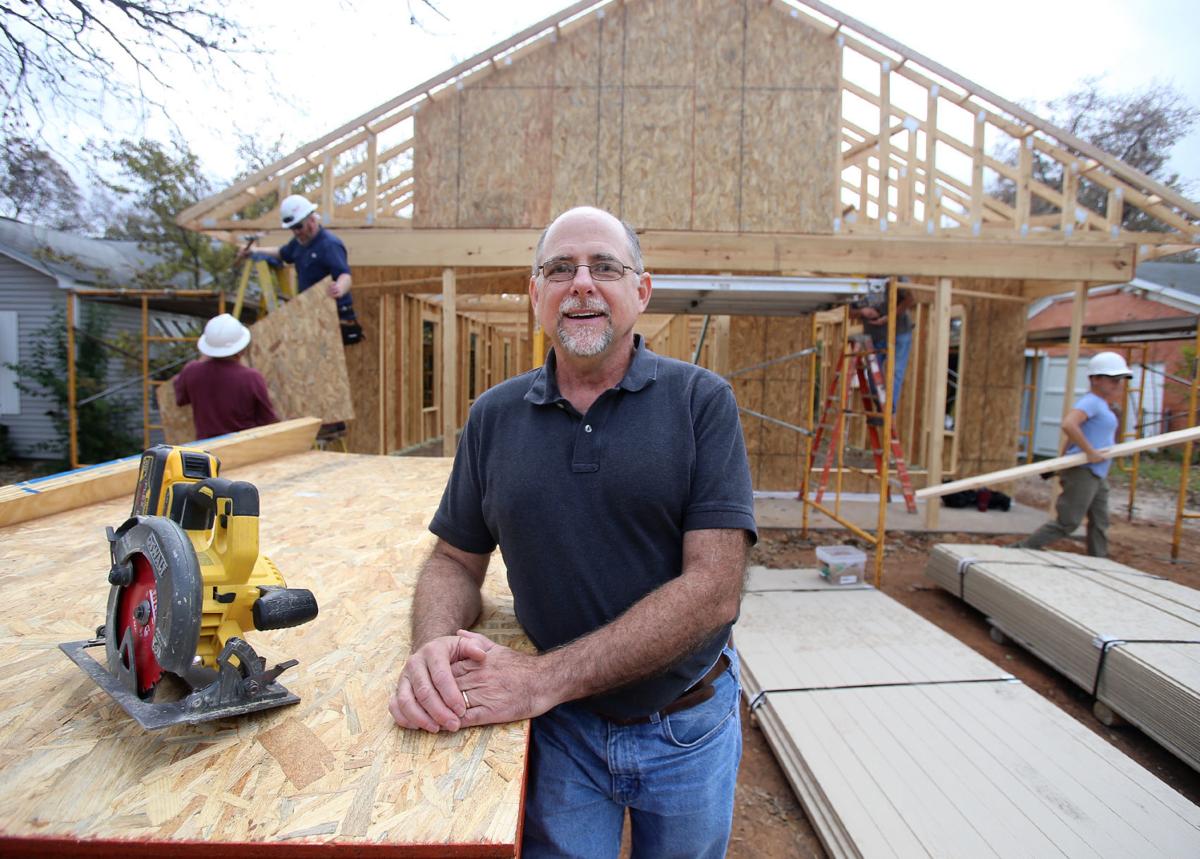 Waco Habitat for Humanity CEO John Alexander led the organization for 15 years and has returned after six years away. 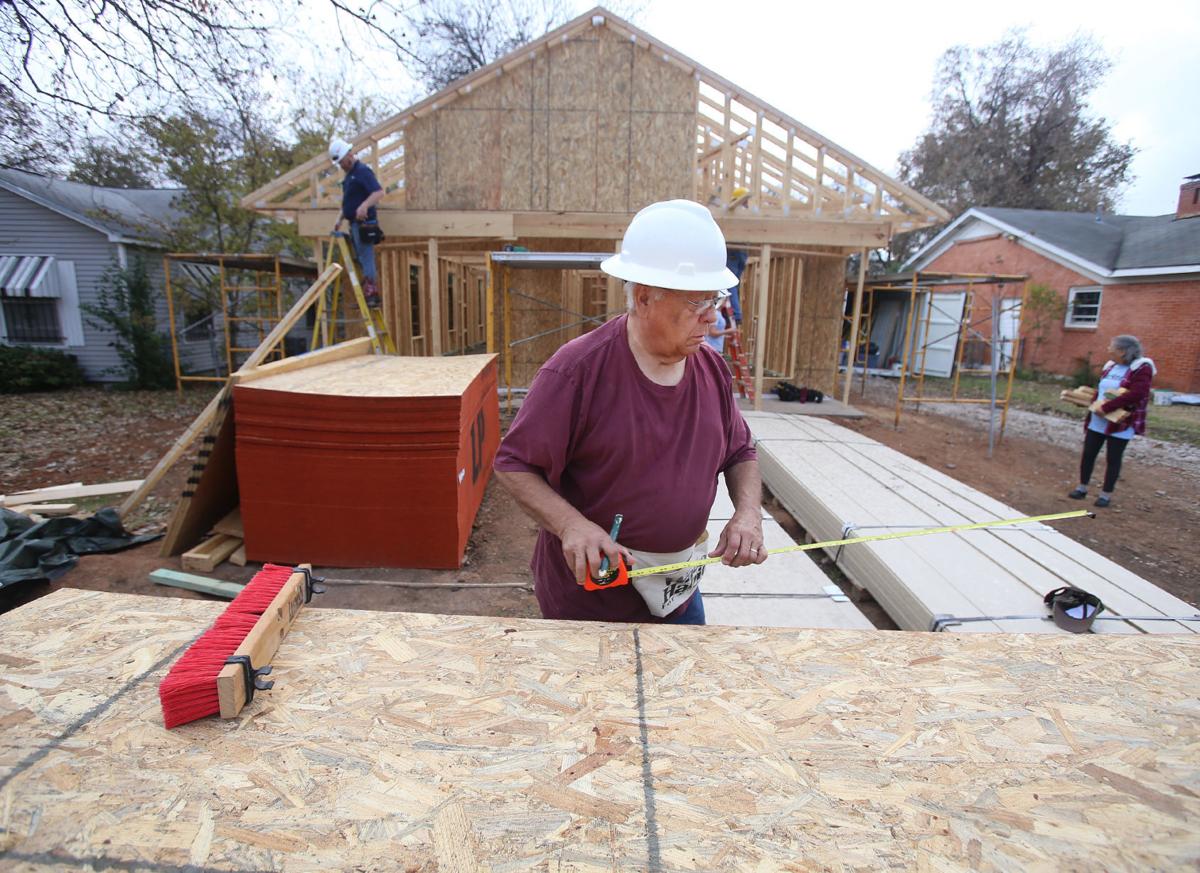 Volunteer Gilbert Aguilar works on a Habitat for Humanity build on Cumberland Avenue. With rising costs, the organization's homebuilding pace is down significantly compared to the recent past. 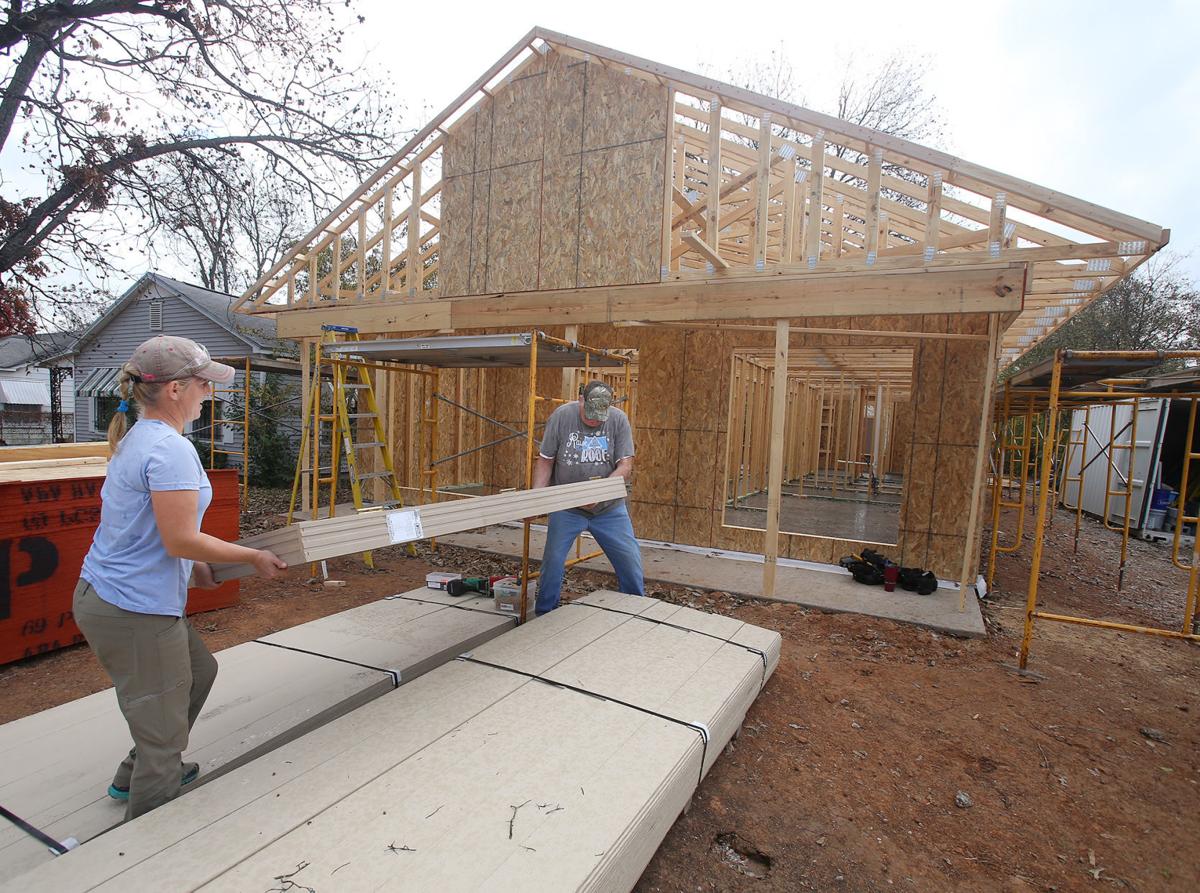 Bianca Shonkwiler and Paul Michalka volunteer on a Habitat for Humanity build on Cumberland Avenue. 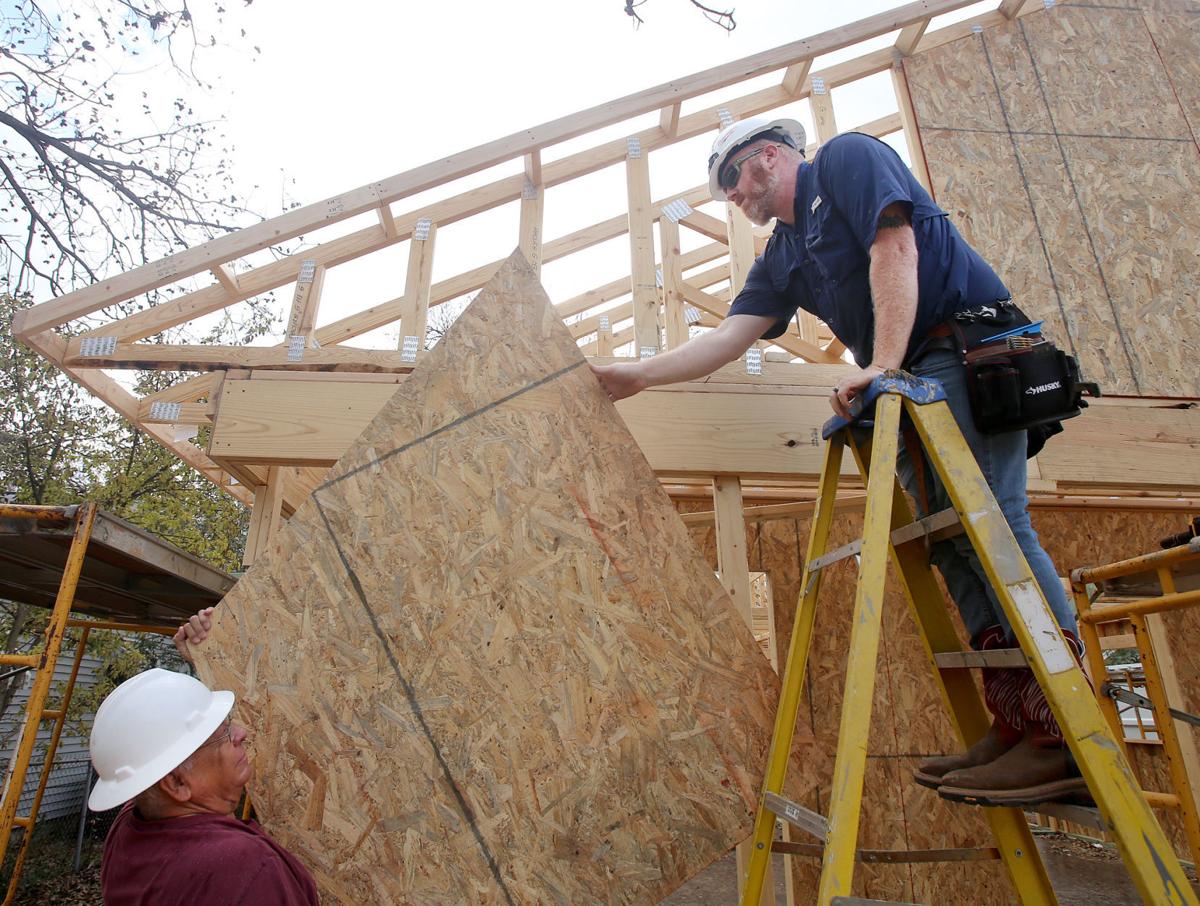 Gilbert Aguilar (left) and Derek Price work together on a home Habitat for Humanity is building on Cumberland Avenue for a low-income family.

Waco Habitat for Humanity CEO John Alexander led the organization for 15 years and has returned after six years away.

Volunteer Gilbert Aguilar works on a Habitat for Humanity build on Cumberland Avenue. With rising costs, the organization's homebuilding pace is down significantly compared to the recent past.

Bianca Shonkwiler and Paul Michalka volunteer on a Habitat for Humanity build on Cumberland Avenue.

Gilbert Aguilar (left) and Derek Price work together on a home Habitat for Humanity is building on Cumberland Avenue for a low-income family.

After six years away, former Waco Habitat for Humanity Director John Alexander is stepping back in as the local affiliate’s new CEO to guide it in a Waco housing market that has become more challenging.

Alexander’s long career in the nonprofit world started with Habitat for Humanity International, which he joined as a full-time volunteer in 1987. He said he took the position right after graduating from Texas A&M University because he had been searching for a volunteer opportunity and had a background in construction.

“I got to do a lot of different things,” Alexander said. “I like the construction aspect, but I mainly like working with the families. It meets a very great need for low-income families who have limited options for affordable housing.”

After five years, he joined another nonprofit in Nicaragua and moved back to Waco with his family in 1996. He joined Waco Habitat for Humanity as a construction supervisor, at a time when the organization had only three staff members.

Between 1998 and 2013, the affiliate grew to include the Habitat for Humanity ReStore, which accepts donations of building materials and other supplies, some of which otherwise would be bound for landfills. ReStore partially supplies the organization’s new construction and generates revenue by selling surplus material to the public.

Today, Waco Habitat for Humanity has 14 employees, including six dedicated to ReStore. The nonprofit builds homes for low-income families and provides no-interest mortgages. In recent years, it has also offered home repairs and built ramps and handrails to help owners stay in their homes.

After a stint as a self-employed accessibility specialist, Alexander said his first priority on returning to Habitat is to train new staff members who came in during a period of high turnover. The next is to find affordable land in city limits, something he said has become significantly more difficult since he left in 2013.

“We have just a couple of buildable lots right now, and we’re in need of different properties we can build on,” Alexander said.

When he started with Waco Habitat for Humanity, home lots were almost always donated, but that is an extremely rare occurrence nowadays, he said. Homebuilding costs in Waco have doubled, and the funding sources the organization traditionally relied on have become scarcer, he said.

“I think people are aware of some of the challenges,” Alexander said. “Everyone is aware the cost of housing is going up. The other big challenge for our homeowners is property taxes, and I think everybody understands that because they’re having the same experiences.

“When I left in 2013 we were building about eight houses a year and serving about 50 families through the ramps and rails and critical home repair programs.”

By contrast, Waco Habitat built two homes last year and one this year. Another five families are in line to buy Habitat homes, and Waco Habitat’s 176th home is under construction in North Waco.

The city of Waco used to fund the affiliate through a U.S. Housing and Urban Development program, but that funding no longer applies to Habitat.

“A lot of the funding sources we’ve traditionally had, it’s become harder to find that money,” Alexander said.

An anonymous donor recently gave the affiliate a match donation of up to $100,000 that will last until Jan. 31.

“We’re using this to try to help us get back on track,” Alexander said.

Partially because of rising costs, Waco Habitat has recently focused more on repairing existing homes than on building new homes, he said. However, the repair program and ramps and rails program both stopped last year.

Alexander said he plans to restart both soon.

“We were able to serve a lot more families from that standpoint,” he said.

Habitat Texas held a statewide meeting in Waco in August, giving affiliates from across the state a chance to compare notes.

“We’re certainly looking to other cities and seeing what’s been successful in their areas and seeing if that works for us as well,” Alexander said.

He said one approach would be to sell some of the mortgages that Habitat for Humanity holds to local banks and use the proceeds to support construction.