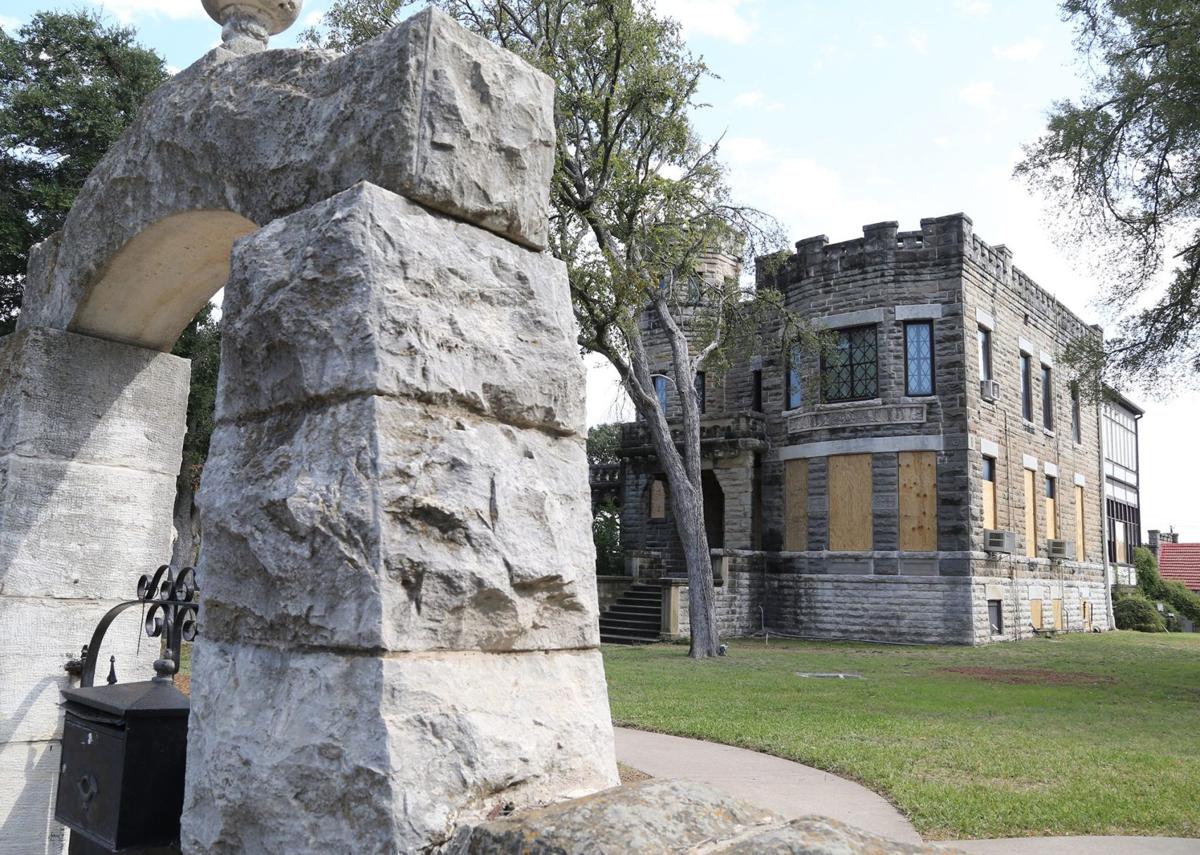 The Cottonland Castle was recently sold and has seen some activity, with windows boarded up and dead trees removed. 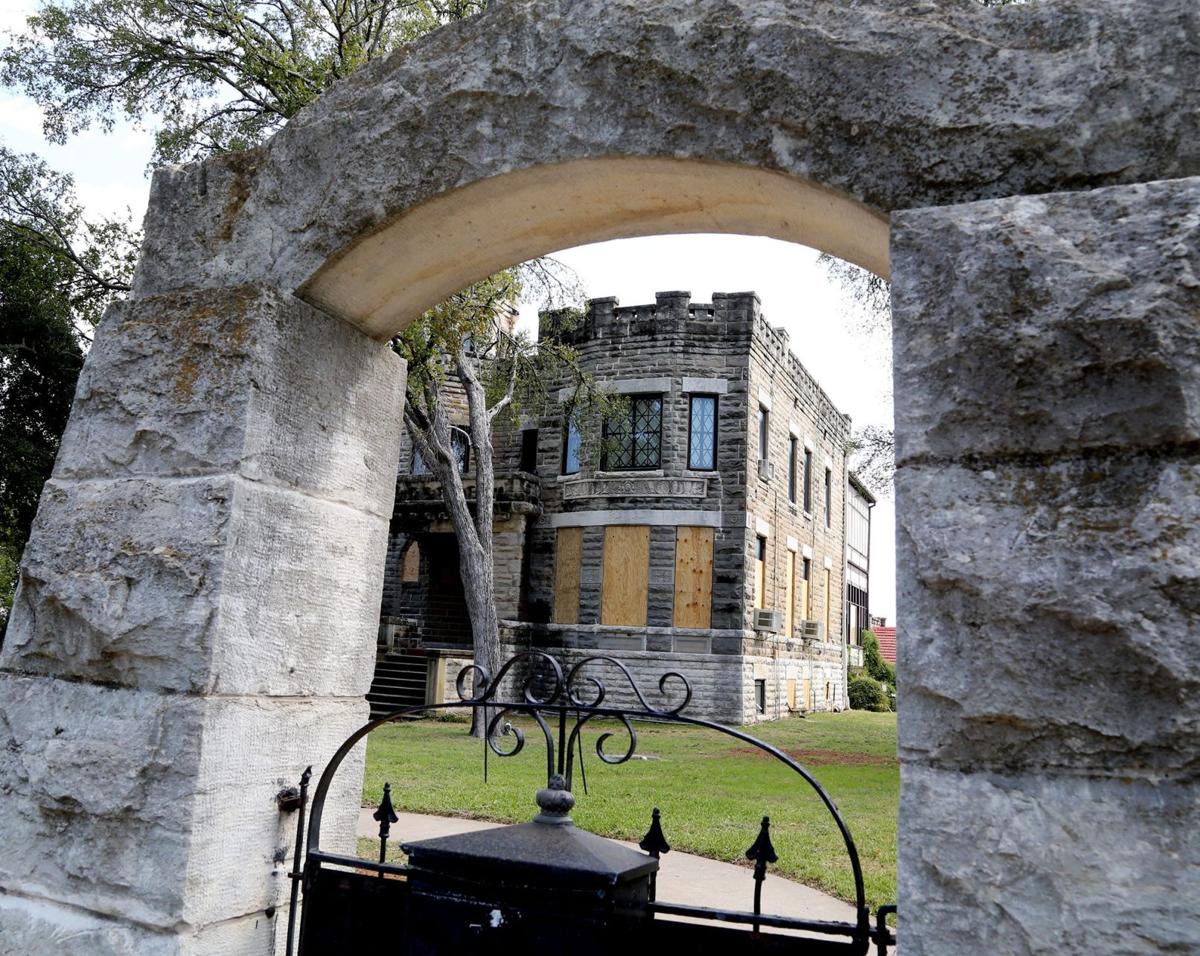 The Cottonland Castle may see new life with its recent sale to an Oxford University classicist. 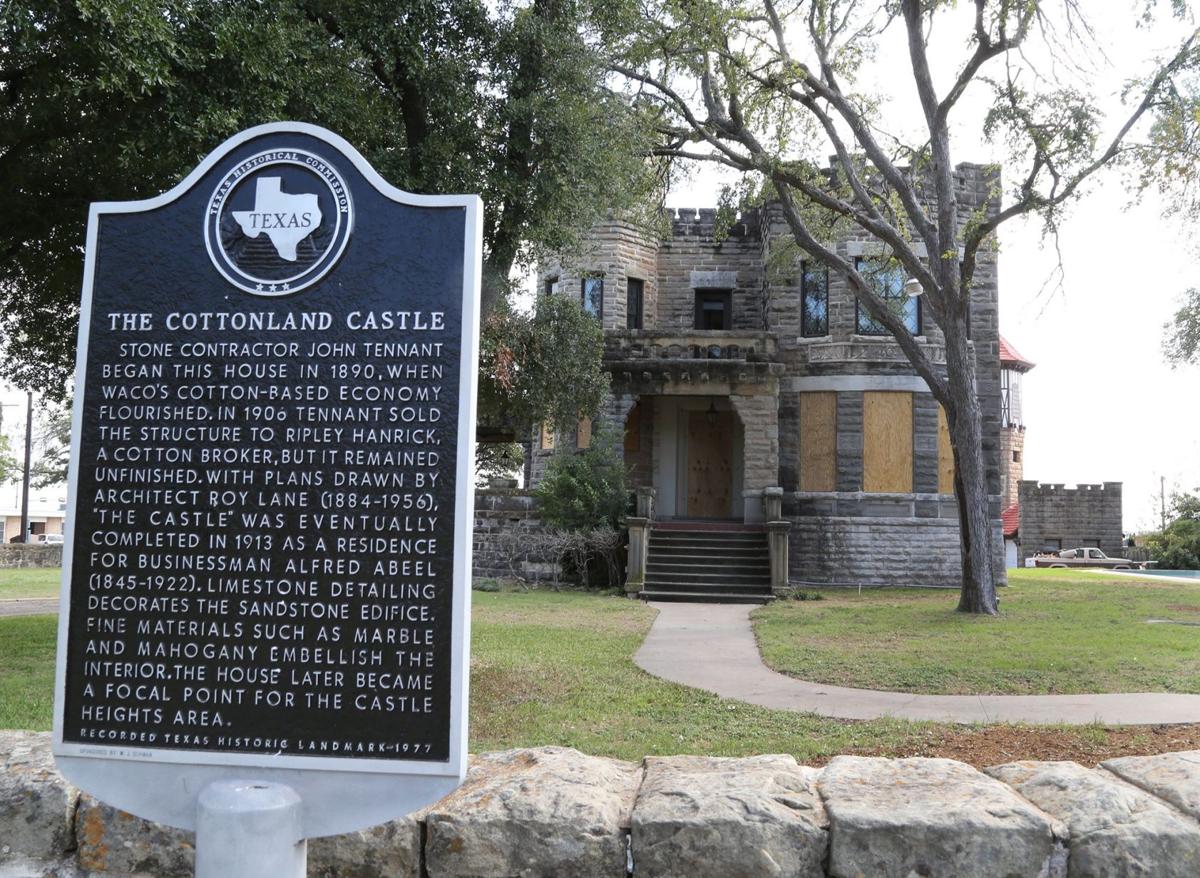 A 1977 historical marker tells the story of the Cottonland Castle, which recently sold to an Oxford University scholar. 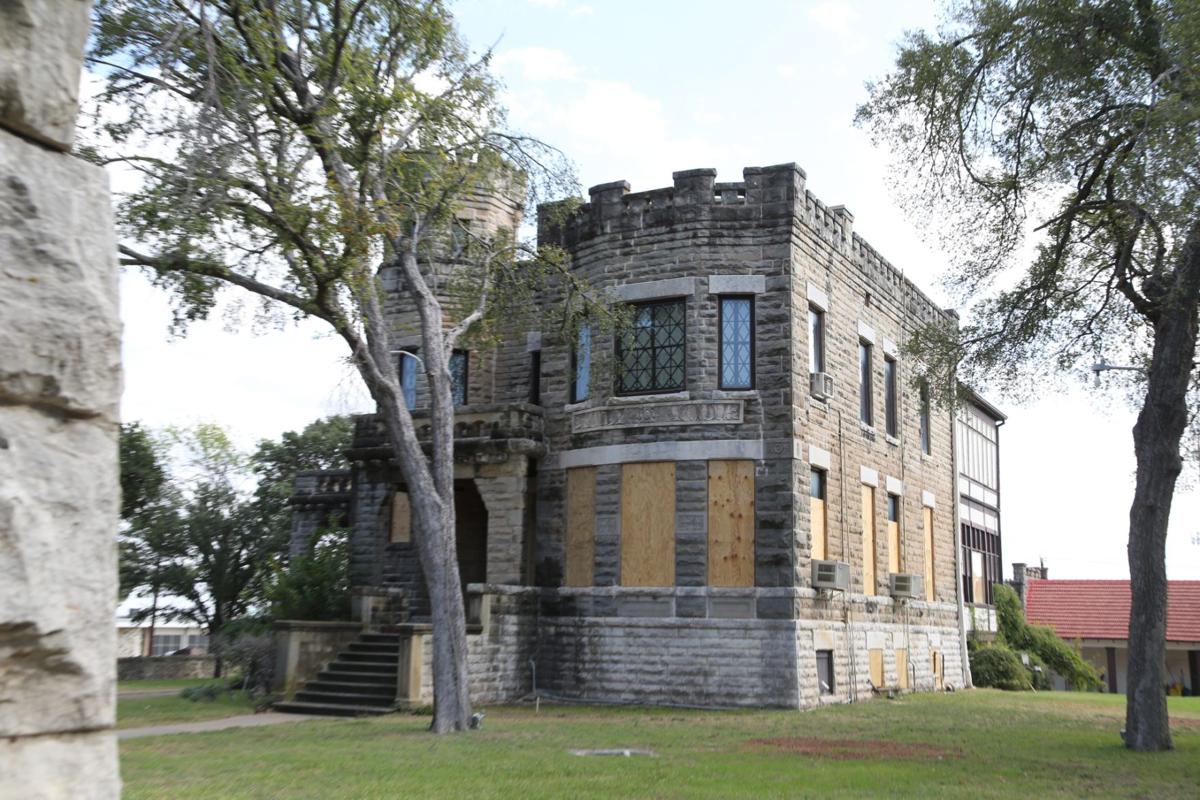 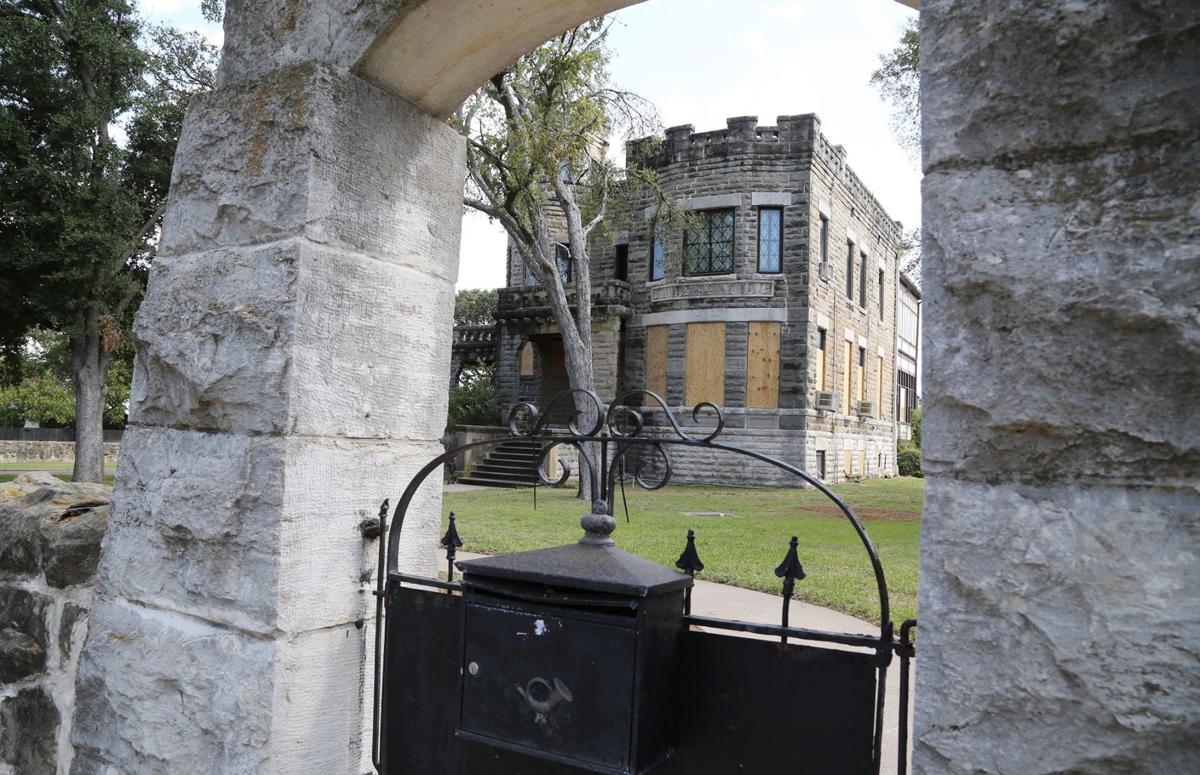 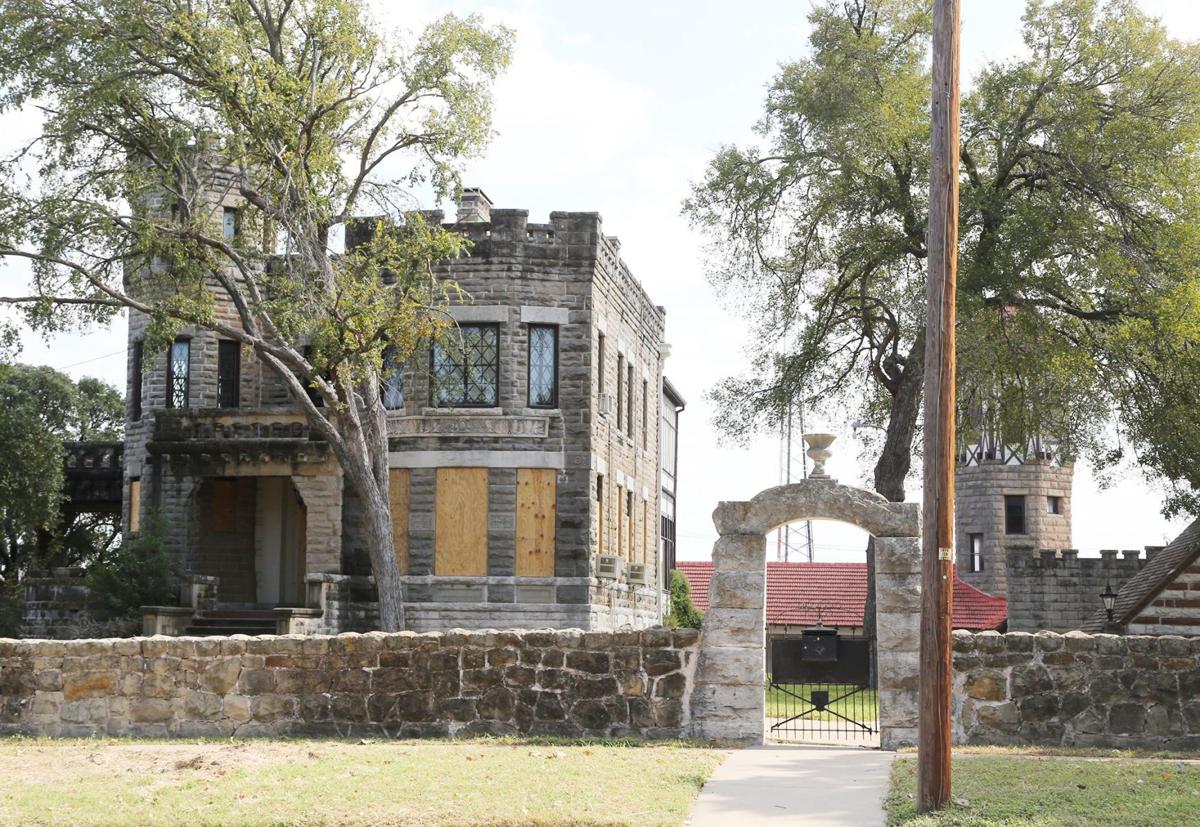 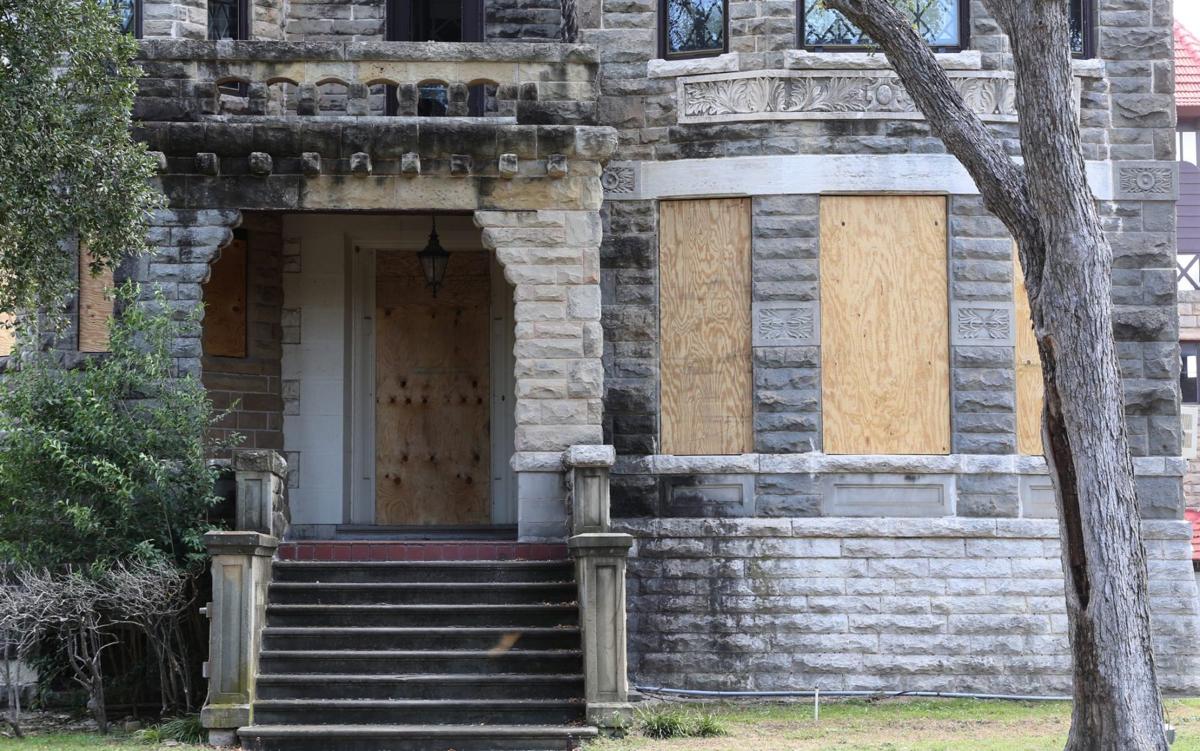 The Cottonland Castle that gave Castle Heights its name is in need of major renovation. 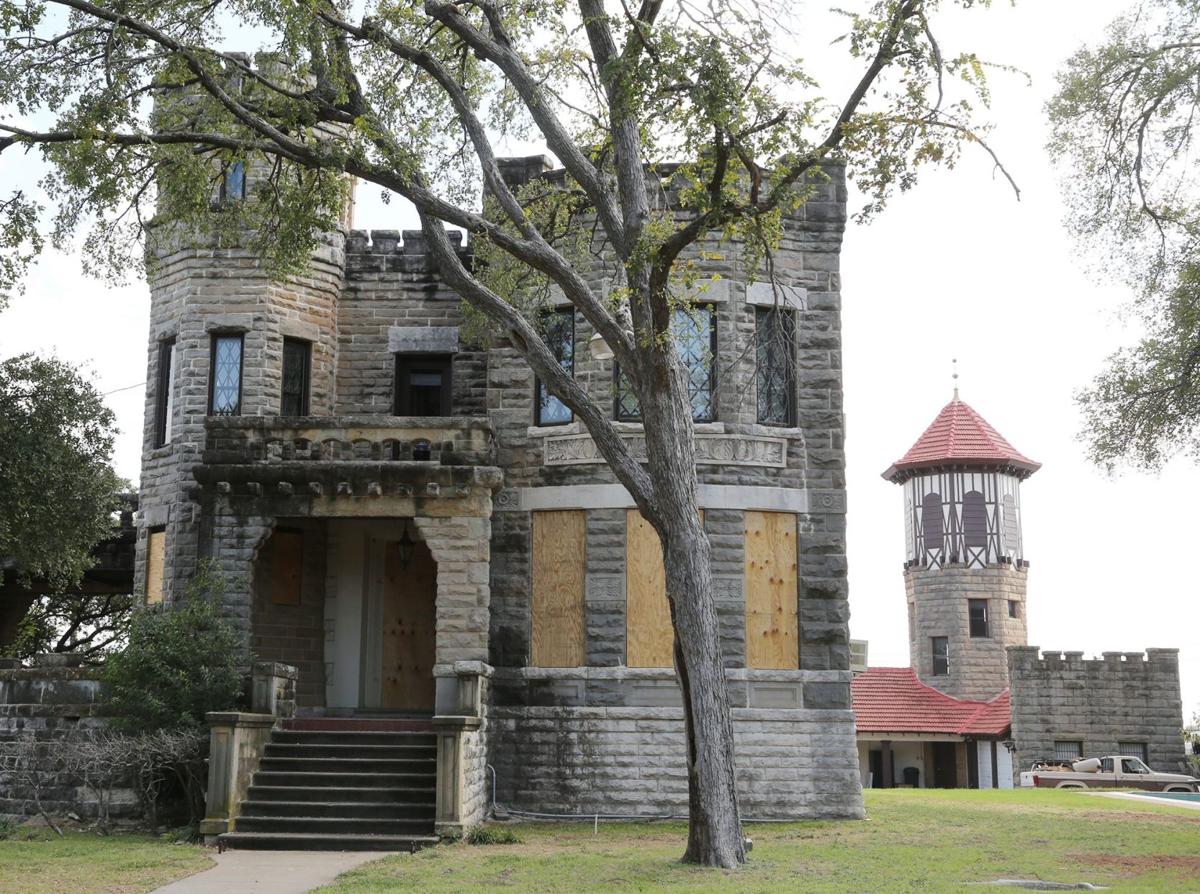 The Cottonland Castle was recently sold and has seen some activity, with windows boarded up and dead trees removed.

The Cottonland Castle may see new life with its recent sale to an Oxford University classicist.

A 1977 historical marker tells the story of the Cottonland Castle, which recently sold to an Oxford University scholar.

The Cottonland Castle that gave Castle Heights its name is in need of major renovation.

An Oxford University classics scholar has bought the Cottonland Castle on Austin Avenue, raising hopes among preservationists and neighbors that the vacant 124-year-old landmark will be rescued from disrepair.

Dirk Obbink, an American-born papyrus expert who occasionally lectures at Baylor University, received the deed Sept. 30 on the property at 3300 Austin Ave., according to county records.

Obbink, who lives in England, could not be reached for comment as to his plans for the three-story structure.

The German-style stone castle, which lends its name to the prestigious Castle Heights subdivision, hasn’t been occupied in more than a decade and has major water damage inside.

Austin Avenue Neighborhood Association president Towne Adams said neighbors have been worried about the castle for years, and he was encouraged to hear of the sale.

“That makes me happy,” he said. “I’m happy knowing something will be done with the cornerstone of this neighborhood.”

The sale was a surprise to Jeff Fish, a Baylor classics professor who has been involved in Obbink’s visits to Baylor, where he is a “visiting distinguished professor.”

“I can’t tell you how much that floors me,” he said. “It’s unbelievable.”

Fish said Obbink is “the greatest papyrologist in the world,” and Fish could only speculate why he would invest in Waco real estate.

Obbink last year visited Fish’s home in Castle Heights and asked him about the castle, leading the two men to walk down to look at it, Fish said. But Obbink never mentioned it to him again, Fish said.

“He’s a very discreet person, and this is quite an example of that,” he said.

Carter and her former partner, Russell Giles, bought the 4,700-square-foot house in 2006 and began to repair it, but the project stalled when the two women had a falling-out, resulting in a legal battle that has not yet been resolved.

Giles deeded the house to Carter this summer, but still claims she is owed some of the proceeds from the sale.

Giles said in an interview Wednesday that she expects that it will take another $200,000 to restore the home, in addition to $125,000 she said she spent replacing wiring, plumbing and plaster ceilings that had fallen because of a leaking roof.

“I think that the man’s going to renovate it and sell it,” she said. “I think it’s the best possible outcome at this point. . . . It’s a tremendous home and it will make somebody a fine home. I’m tickled to death.”

Giles said that under the previous owner, clogged drains led water to pool on the flat roof and seep into the house. The roof had been replaced and black mold inside had been remediated when Giles and Carter bought the house, she said.

The castle’s fine interior details, including quartersawn oak walls and floors, are damaged but repairable, she said.

Cottonland Castle in 1977 has given a state historical marker that tells some of its colorful history.

A stone contractor named John Tennant began around 1890 building the basement and foundation out of local limestone he had left over from constructing downtown Waco buildings. He planned to build a frame house above it but never realized those plans. A cotton broker named Ripley Hanrick bought it in 1906 and proceeded with stone work but left it unfinished.

According to contemporary newspaper accounts, an ice manufacturer named Capt. Alfred Abeel bought the house in 1913 and with the aid of celebrated Waco architect Roy Lane transformed it into a castle with eight fireplaces, a 400-pound door and a “castellated” 60-foot tower.

The castle required 120 train carloads of sandstone, as well as imported materials such as Carrara marble, Caen stone and Honduran mahogany paneling.

Irene Pipkin, whose family owned Pipkin Drug Stores, bought the castle in 1944 and passed it down to her daughter, Pauline Garrett. After Garrett’s death, it became the property of Austin Avenue United Methodist Church, which used it for a few years as a youth center until it became a financial burden.

A car dealer named Jack Schwan bought it in 1969 for $50,000 and lived there with his family for 12 years, ultimately renovating the upstairs interior in a “tropical fantasy” décor.

Cottonland Castle has changed hands several times since then, and was the center of a neighborhood furor in 1996, when a local businessman tried unsuccessfully to get a permit to turn it into a bed-and-breakfast inn.

Adams, the neighborhood association president, said such an attempt “would still get some flak today,” but he hopes it will be carefully restored as a residence.

“I think we’d all be proud of it,” he said. “It would help stabilize the values of the whole area.”

Fish, the Baylor classics professor, said Obbink’s involvement in Waco and Baylor has been an honor.

“I never would have imagined that someone as distinguished as Dirk would come and spend time at Baylor,” he said.

Obbink and scholars from Baylor’s Institute for Studies of Religion are jointly involved in the Green Scholars Initiative, which studies ancient manuscripts. Obbink has given 10-day seminars on papyrology at Baylor.

“I honestly think there’s a particular love for Baylor involved,” Fish said. “There’s something refreshing about Baylor, something that might be alive in a way he doesn’t see elsewhere.”

For years, the Cottonland Castle has been a landmark and a vacant eyesore for the historic neighborhoods along Austin Avenue.