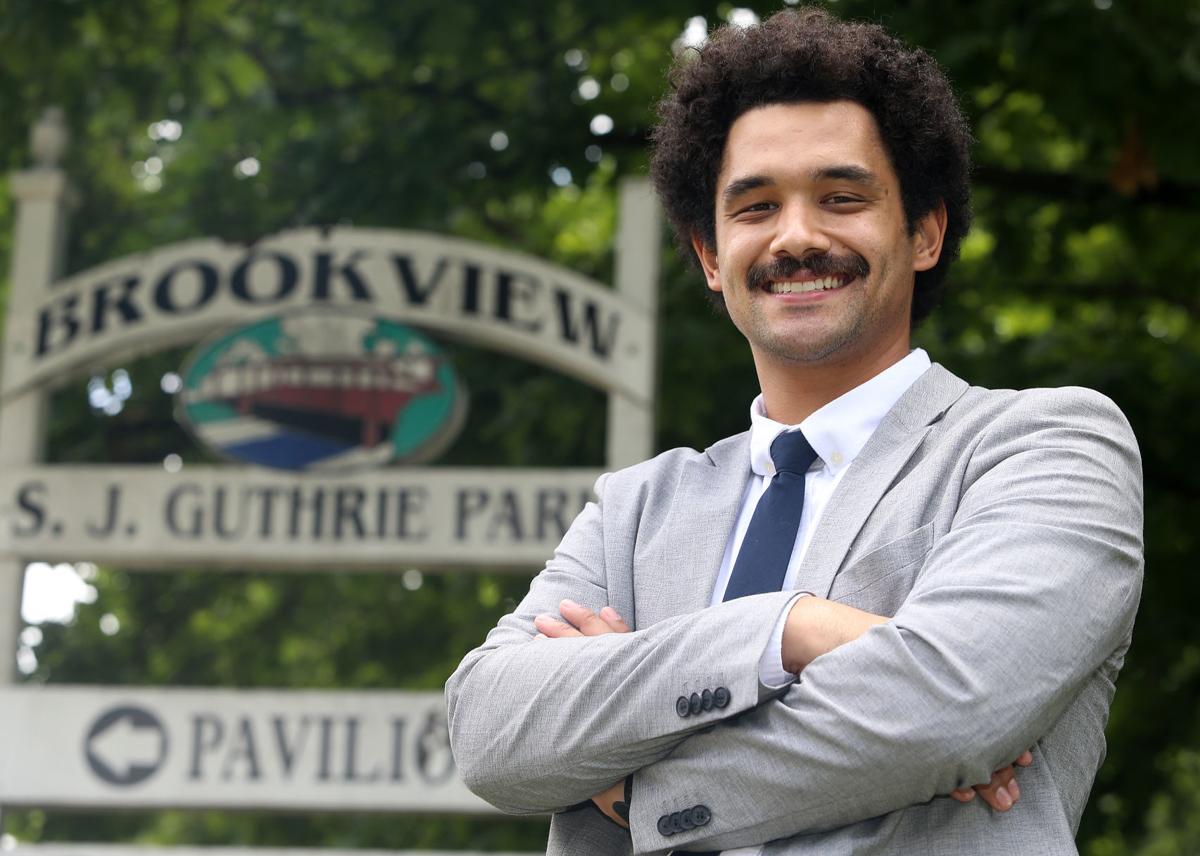 The Waco City Council appointed Rydell Real Estate agent Darius Ewing to fill its District 4 seat, making him the first person of color to hold the position. in the district where less than a quarter of residents are white. 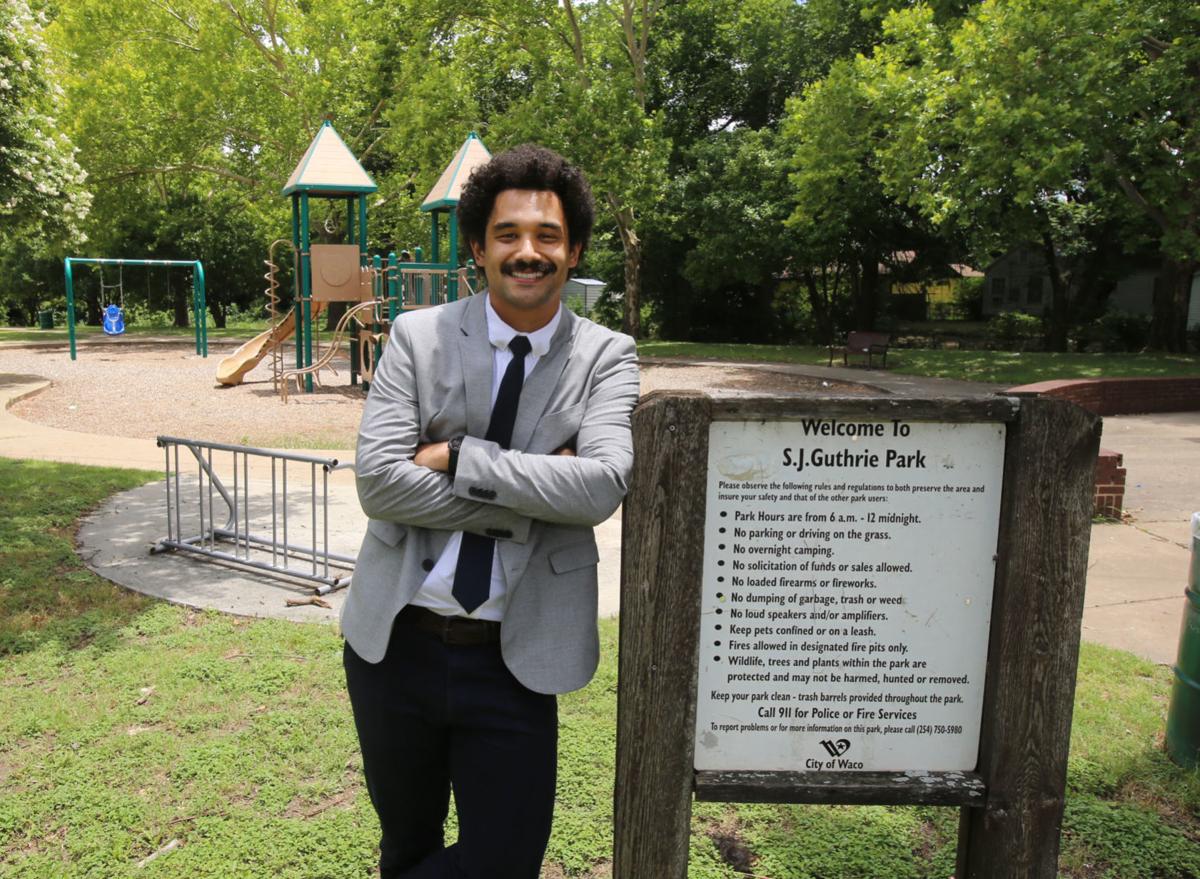 The Waco City Council appointed Rydell Real Estate agent Darius Ewing to fill its District 4 seat, making him the first person of color to hold the position. in the district where less than a quarter of residents are white.

Five years ago, Darius Ewing paid no attention to city government. Now, he wants everyone to.

The newly appointed 26-year-old city council member is the first person of color to hold the District 4 seat and one of the city’s youngest council members to date. His first few days on the council have been filled with congratulatory texts and calls for repairs on streets and sidewalks, Ewing said.

“I think for a long time, when you look at the demographics of this district for the most part it’s been white guys that live on this side of Waco Drive that have the seat,” Ewing said from his office in Rydell Real Estate near Austin Avenue and 23rd Street. “There’s an entire other section of the district, the majority of the district, that isn’t in this bubble, that has been unrepresented in this seat specifically.”

In 2011, District 4 was 23% white, 29% Black and 47% Hispanic. Between the 2000 census and that year, District 4 shrank by 1,345 people, or 6%, losing more than 3,000 Black and white residents while gaining more than 2,000 Hispanic residents. The district spans roughly from Franklin Avenue in the central city to Reuter Avenue in North Waco and from New Road to the Brazos River.

Ewing said he hopes he will be a visible reminder to people in his district that they can get involved in city government, instead of living parallel to it, and a reminder in general that local government is supposed to be for everyone, making the city more approachable to the average resident.

“Generally community involvement increases transparency, just because you become someone people know to go to,” Ewing said. “This may be a far fetched dream, but I would love to poll people in the districts and have 80% be able to tell you ‘My councilman is X.’ I think that’s the level of involvement that would be ideal. Maybe that’s me being the youngest council member and being naive, but I think that would be phenomenal.”

The Waco City Council appointed local real estate agent Darius Ewing on Tuesday as the next council representative for District 4, after inter…

Ewing ended up on the path to Waco City Council partially by chance. He decided to attend Baylor University, where he studied corporate communication, with friends from his high school in Belton. While he was working as a manager at the Common Grounds coffee shop, he became roommates with Evan Hebert. Hebert coordinated Prosper Waco’s Campustown initiative, an effort to retain young professionals by connecting them to well-paying jobs, where then-District 4 city council member Dillon Meek sat on the steering committee. When Meek told Hebert about an opening at Rydell Real Estate, where Meek worked at the time, Hebert recommended Ewing.

Ewing said his work at Rydell introduced him to the inner workings of the city, and conversations with Meek taught him that there was almost always someone at the city to call to ask questions or raise concerns.

“Learning that, as a random constituent, I had access to someone like the city manager or assistant city manager, who could send someone to fix a problem, was mind-blowing to me,” Ewing said. “I had no idea four years ago that there was a chain of command that could resolve issues.”

He said while the role of the city council member is already about being approachable and entails directing residents to the person or department that can help them, creating positions at City Hall solely dedicated to directing people might help bridge the gap.

“Even if it’s to apply for a grant from the city to fix your house that’s caving in, those things exist,” Ewing said.

Ewing said his main priorities are job training, improving public transit and housing, which are especially tied together in District 4, which is far from the city’s industrial park and manufacturing hubs.

“Prosper Waco is taking huge steps to do that,” Ewing said. “I do think a lot of it comes down to, again, that ease of access, making sure people that need the job training know where to go and how to get plugged into it. … Just in my life, I’ve seen the difference it makes when you are sacrificing to pay rent, sacrificing to eat food, and then those things can be taken off the top of the list.”

Ewing was born into a military family. After his parents divorced when he was 5, he and his brothers lived primarily with his mother in Killeen. He said when he was between the ages of 6 and 8, his mother worked, but always struggled financially.

“I vividly remember nights when she would cook dinner for us to eat and then have either nothing or very little for herself,” Ewing said. “Syrup sandwiches are a very real thing. That was probably my favorite snack at that point in my life.”

He said their situation changed overnight when she found work at a government contract agency. His mother remarried when he was 10.

“Going through that has informed most of the way I go through life, the empathy I feel for people in that situation,” Ewing said.

Sammy Smith, president of the Brook Oaks Neighborhood Association, said the neighborhood is one of the most diverse in the city. Every month for the past 20 or more years, the group has met.

“The membership rolls fluctuate from year to year,” Smith said. “We might not have 20 members that show up monthly, it may go down to 10, but it depends on what the agenda is.”

Smith said hot topics tend to attract more attention and drive people to get involved. Development of the Barron’s Branch apartment complex and demolition of the old Parkside Village complex in 2013 garnered a lot of engagement.

“It’s got to really affect them personally, or affect their neighbor,” Smith said.

Smith said regular members are racially diverse and range from young adults to older, longtime members like himself.

Ewing was one of eight applicants the Waco City Council interviewed for the District 4 seat last week. As the appointee, he will have to run for election during local November elections. Of the eight who applied to be appointed, only Kelly Palmer, a social worker with the Communities in Schools of the Heart of Texas organization and a Baylor University social work lecturer, has confirmed she plans to run against Ewing in November.

“I believe in Waco and the residents of District 4, and believe that they deserve leaders who are committed to meeting their neighbors where they’re at and listening to their concerns and ideas, leaders who understand the complexity and history of some of these big issues that are facing our city right now, and are armed with the tools for how to address them,” Palmer said. “And Wacoans deserve leaders who will fight for equity and equality of all its residents, regardless of the neighborhood they live in, their race, their gender, their sexual orientation or their income level.”

Editor's note: A review of city records shows that for 15 of the past 20 years, the District 4 seat has been held by residents on the north side of Waco Drive and that four of the six representatives before Ewing were female.