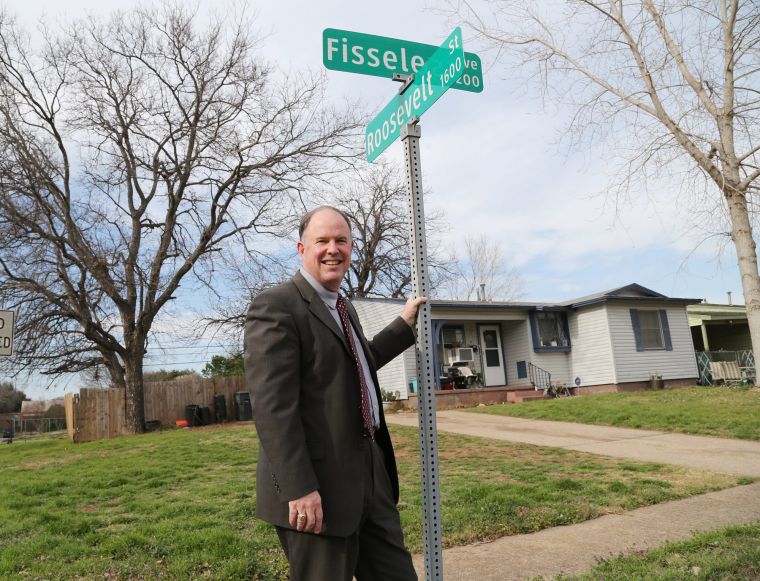 New City Manager Dale Fisseler stands by a sign in East Waco that a developer named for his parents when they married. Fisseler came back to Waco after retiring from the top staff job in Fort Worth. 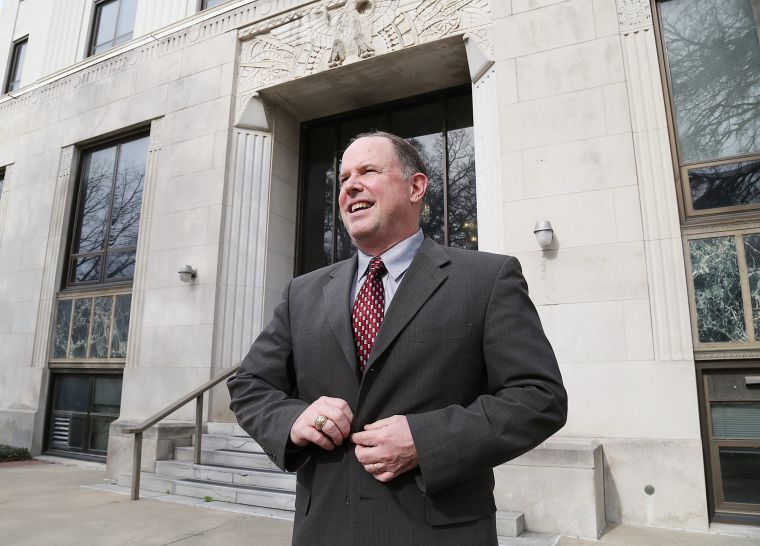 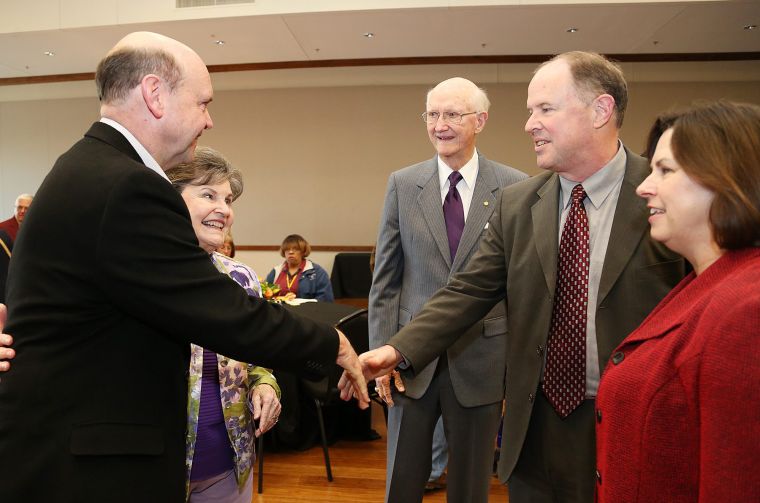 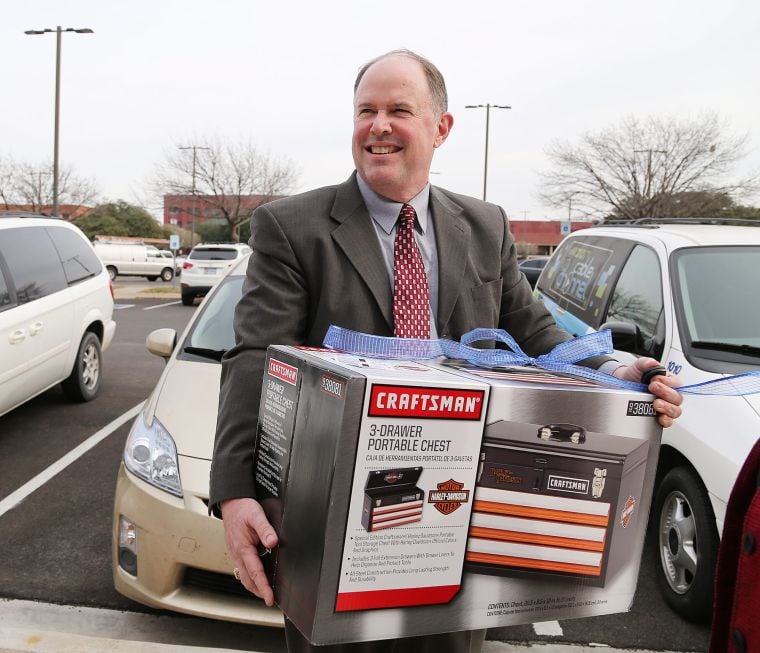 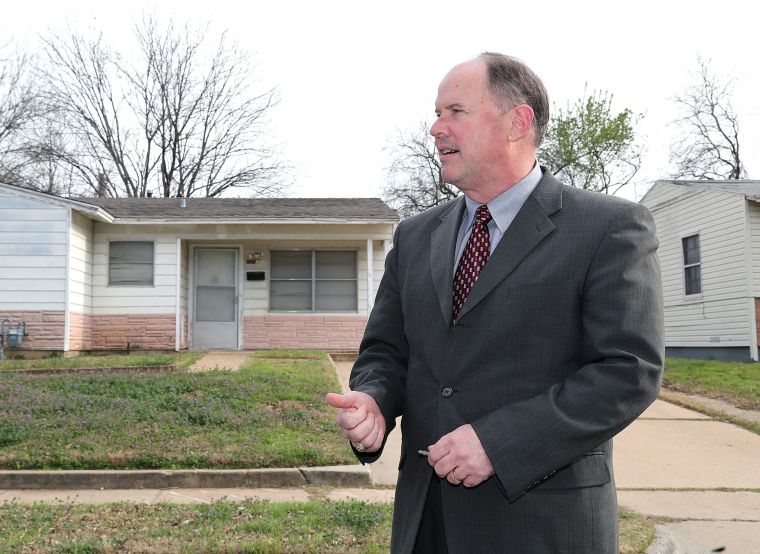 New City Manager Dale Fisseler stands by a sign in East Waco that a developer named for his parents when they married. Fisseler came back to Waco after retiring from the top staff job in Fort Worth.

When Waco City Council considered Dale Fisseler to succeed a popular city manager, members looked beyond his impressive résumé to his deep roots in Waco soil.

Fisseler, who starts as Larry Groth’s replacement Monday, grew up immersed in the Waco community.

The son of a highway engineer, he grew up flipping burgers at Fish Pond Country Club, waterskiing in Lake Waco and courting the high school sweetheart who would become his wife. He got to know the back roads of Central Texas as a young telephone repairman.

Even while working one of the highest-profile municipal jobs in Texas, he never lost touch with his hometown of Waco, where his parents live.

And Fisseler had no doubt that he would move here after he retired as city manager of Fort Worth in 2011.

Groth recruited Fisseler that year to serve as Waco’s assistant city manager, later promoting him to deputy city manager. Fissler won the council over in an interview and was chosen without a search.

“I think we’re getting the best of both worlds — outside experience with a hometown guy,” Councilwoman Toni Herbert said. “I can’t tell you how rare that is, particularly to have someone with expertise in things like housing and water. . . . I think the tighter you’re bound to the community, the greater the commitment is.”

“I think it was a luxury for us to have the benefit of being able to work with him over the last two years and see how he fit in with the staff,” Duncan said. “After getting to know him, he convinced us he cared as deeply about the city as Larry — not just the institution but the people.”

Like Groth, Fisseler is a licensed civil engineer with a Texas A&M University education and experience in major public works projects. But Groth said Fisseler’s strengths go far beyond the technical.

“He’s got tremendous people skills,” Groth said. “He seems to work with a variety of different groups, which is what you have to do here. I saw that in him long ago. When you’re around him, he makes people feel at ease.”

Fisseler, 52, has three decades of municipal experience in the Metroplex, starting in the water department of Dallas in 1982.

He became a water production superintendent in Fort Worth in 1990, moving up to water utilities director, then assistant city manager and, in 2007, city manager.

Fisseler said he found in that first Dallas job that once he started learning how to build pipelines, he wanted to understand how treatment plants work, and soon he developed a big-picture view of city services. He also found that he enjoyed working with a diverse group of employees and the public.

“You work with a whole lot of people at the city, including citizens who don’t know some of the processes we go through,” he said. “When I could help them out I felt like I actually accomplished something.”

Mike Moncrief, mayor of Fort Worth from 2003 to 2011, said Fisseler’s human touch was invaluable in tense times.

“He has a mischievous sense of humor that has served him well,” Moncrief said. “He could act like a relief valve when things got heated and when discussions became divisive. He had a way of defusing tempers. There was no doubt in my mind when the opportunity arose to be able to serve us as city manager, no one was better prepared or had better skill sets. No one was more balanced.”

His parents, Les and Joyce Fisseler, said Fisseler’s personality was never that of a stereotypical engineer. The younger of two sons, he was interested in tinkering with electronics, building voice-activated toys. But he also had a “creative and artistic” side, Joyce Fisseler said. To this day, Fisseler is a fan of various kinds of music, including Texas singer-songwriters such as Guy Clark and Willis Alan Ramsey.

Les Fisseler was an influence on his son’s career choice, having helped build Waco’s water treatment plant in the 1950s and moving on to the Texas Highway Department, where he retired as Waco deputy district engineer in 1993. But he said Dale Fisseler’s personality is more city manager than engineer.

“One thing about Dale that’s unusual is that he speaks well and he writes well, and he even spells well,” he said. “That’s quite unusual for an engineer. He has a sense of humor and always makes it really interesting.”

Joyce Fisseler said Dale was a hard worker even as an 11-year-old, when he started working at the old Fish Pond Country Club, where the Fisselers were members. As a teen, he would sometimes get up at 4 a.m. to work as a cook at the club.

It was at the country club as a ninth-grader that he met his future wife, Linda. The two dated throughout high school and often went out together on a ski boat at Lake Waco.

“They lost several anchors out there,” Les Fisseler said.

Linda Fisseler, a registered nurse, now works as a volunteer with veterans at the Veterans Affairs Hospital in Waco. They have two grown children in Austin and Florida.

Dale Fisseler, who graduated from Richfield High School in 1977, was among the first generation of Waco students to attend integrated schools.

“I’m a child of desegregation,” he said, adding that the experience prepared him for working with a diverse range of people in city government.

Fisseler said he is excited about the Waco City Council’s new Prosper Waco initiative, which seeks to improve economic opportunities for those at the bottom.

He said most cities have problems with poverty, but not many have the political will to look for solutions.

“What’s great about Waco is the council is focused on actually doing something about it,” he said.

Herbert said she thinks Fisseler is sincere about those goals.

“I know he has a good heart and is going to be in support of Prosper Waco, not just because he has heard us talk about it, but because he wants to,” she said.

Fisseler said Groth’s stewardship of the city’s resources has resulted in a stable city government that can afford to focus on long-term improvements.

In the last few years of Fisseler’s tenure in Fort Worth, he spent much of his time responding to a budget crisis that resulted in the lay offs of hundreds of workers.

Fisseler said the city’s rapid growth in the 2000s had led the government to ramp up hiring and infrastructure until the recession put the brakes on everything. While tax revenues stagnated, the city struggled to meet its “nondiscretionary” commitments such as pensions and benefits, Fisseler said.

Even now, Fisseler chokes up when talking about having to lay off competent employees who had much longer careers than his.

“You can’t just lay off lower-level employees,” he said.

Moncrief, the former Fort Worth mayor, said the toll of having to lay people off was the main reason Fisseler gave him in explaining his early retirement.

Fisseler noted that Waco, by contrast, didn’t have to lay off workers during the recession.

“Waco had done a good job of never getting to the point where they are overstaffed,” he said.

“That’s a challenge with city government,” he said. “Employees are not in a position to benefit from taking a risk. You’ve got to have a council and management who allow innovation, even if it is a risk.”

Fisseler said he also looks forward to a new era of growth in downtown and the riverfront, including the Brazos Riverfront project proposed on city land.

“Dallas and Fort Worth are trying to build the river we already have,” he said. “When I look at what Waco has, it has tremendous potential. The timing is perfect.”

Duncan said the city already has seen results from Fisseler’s knowledge of big-city economic development, his expertise in water issues and his contacts around the state. He said the city is lucky to get big-city experience and hometown knowledge in a single person.

“He has the ability to see Waco from the eyes of a long-term citizen,” Duncan said.

City Manager Larry Groth shows off his ride and new leather jacket on Friday, as he celebrated his 62nd birthday and his last day on a job he …