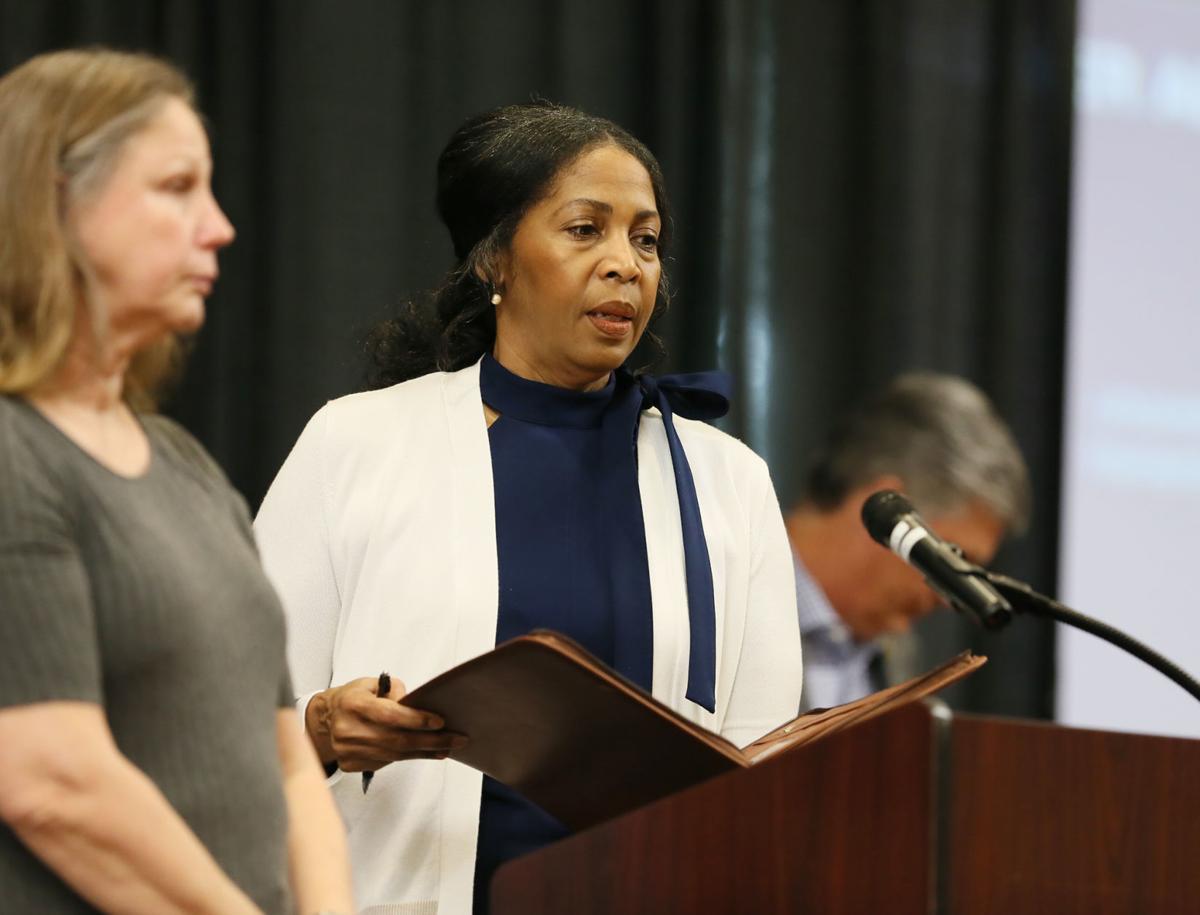 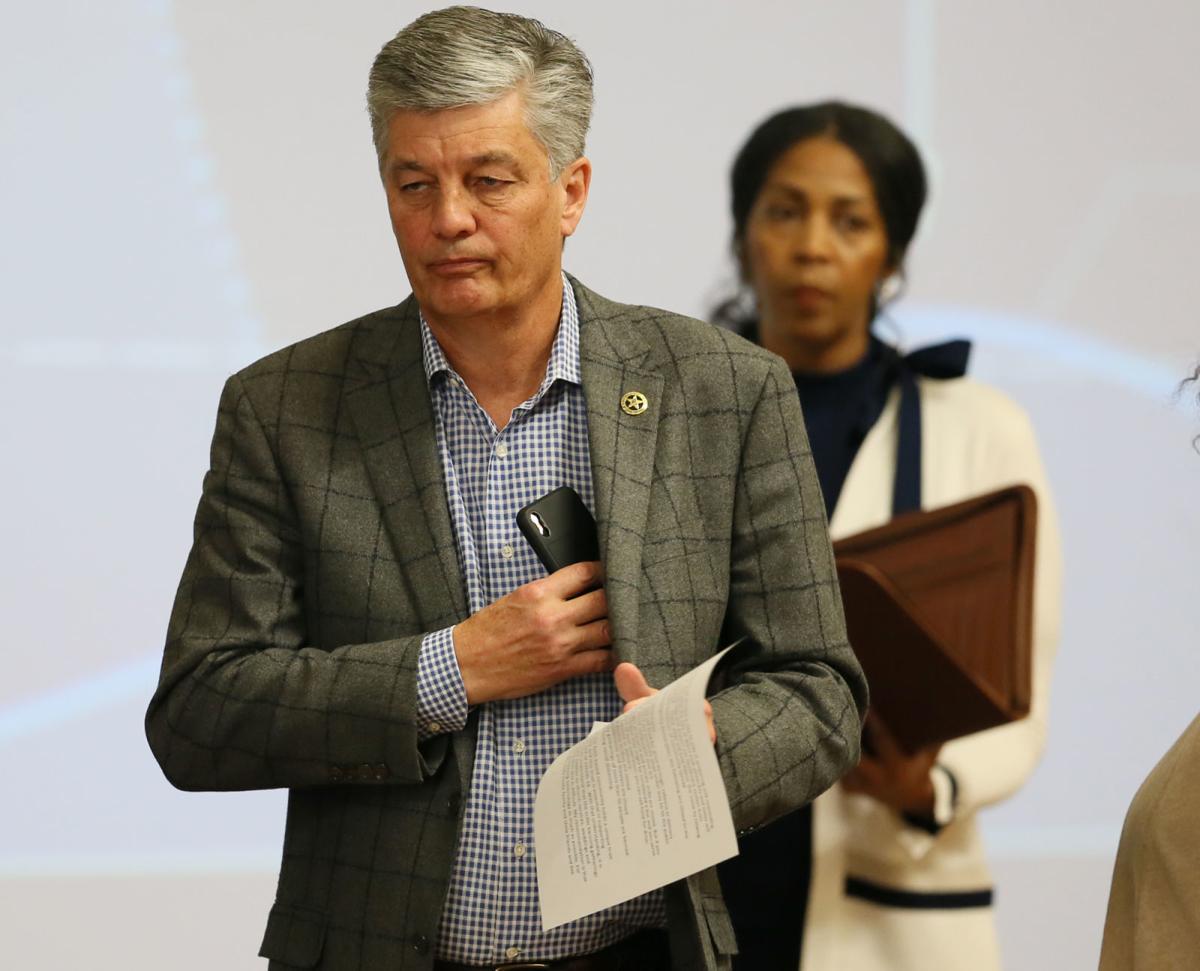 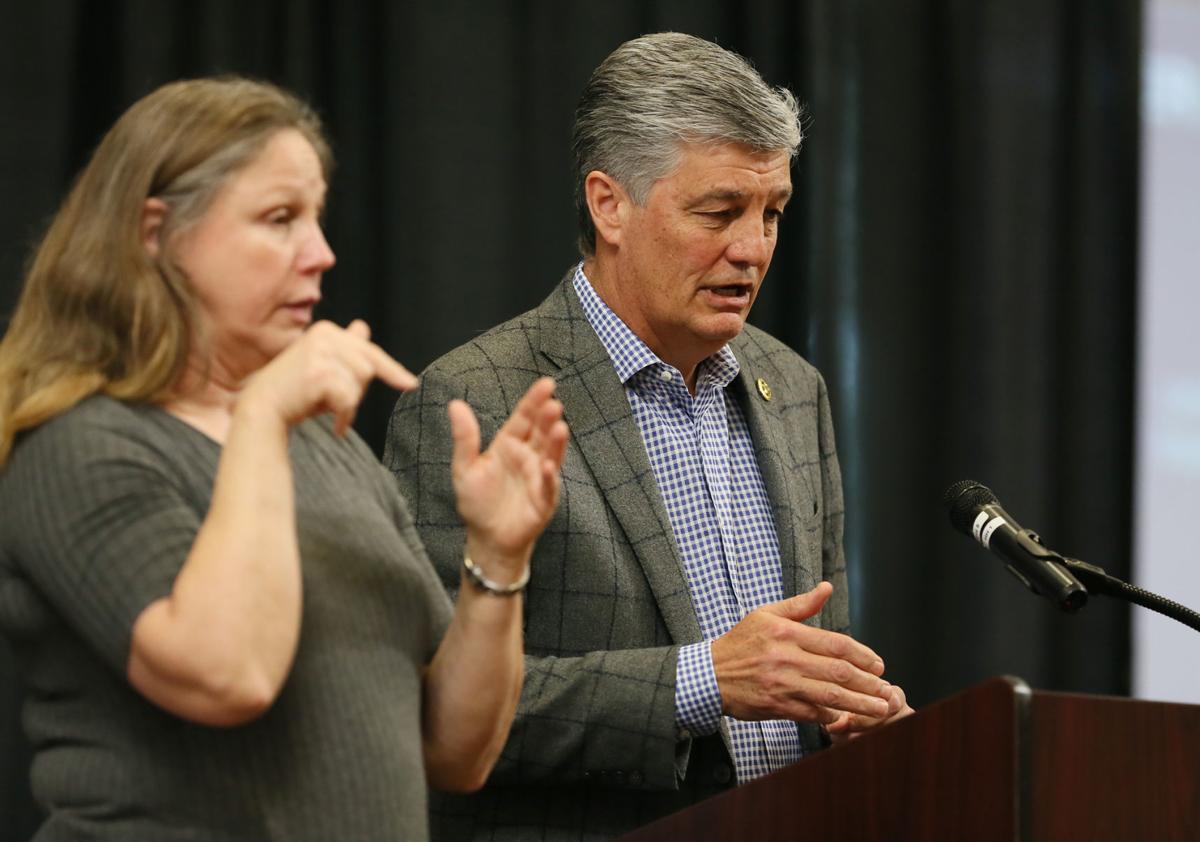 Waco mayor Kyle Deaver during the announcement of the first confirmed COVID-19 cases in McLennan County. 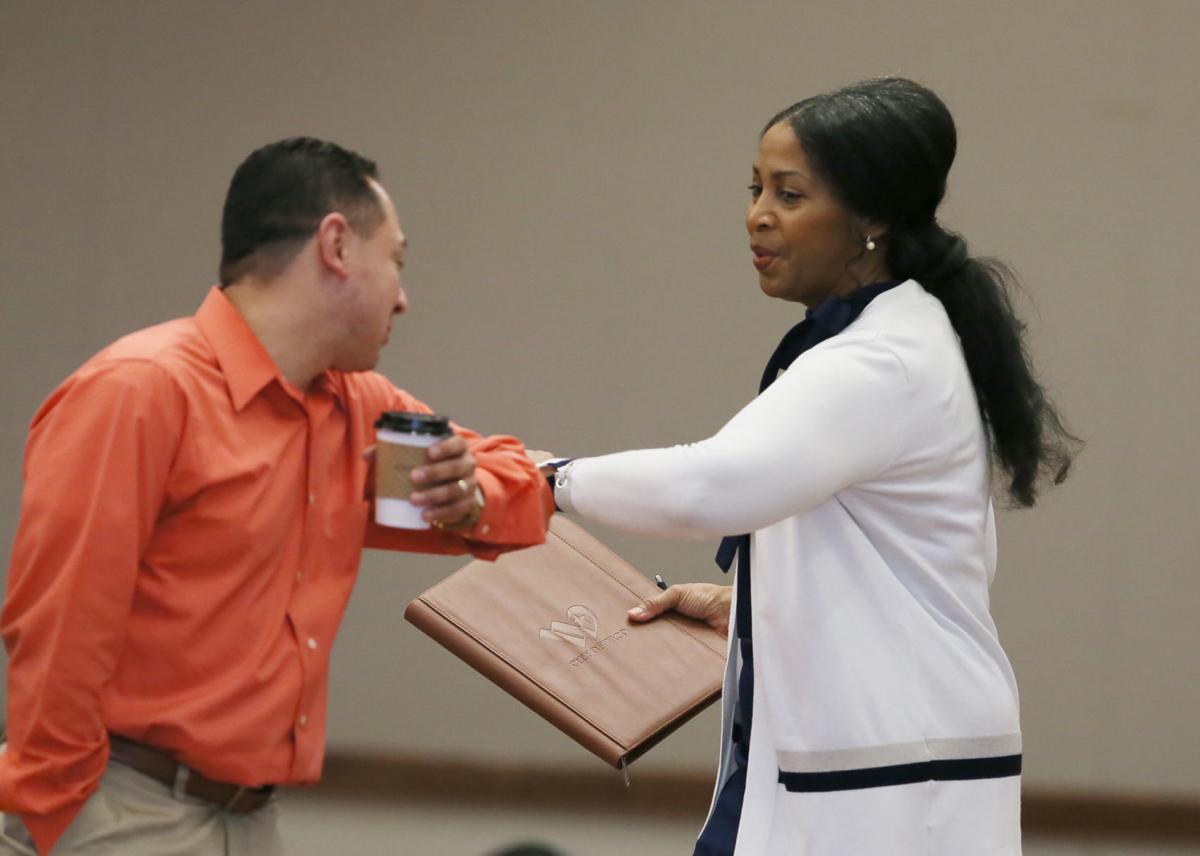 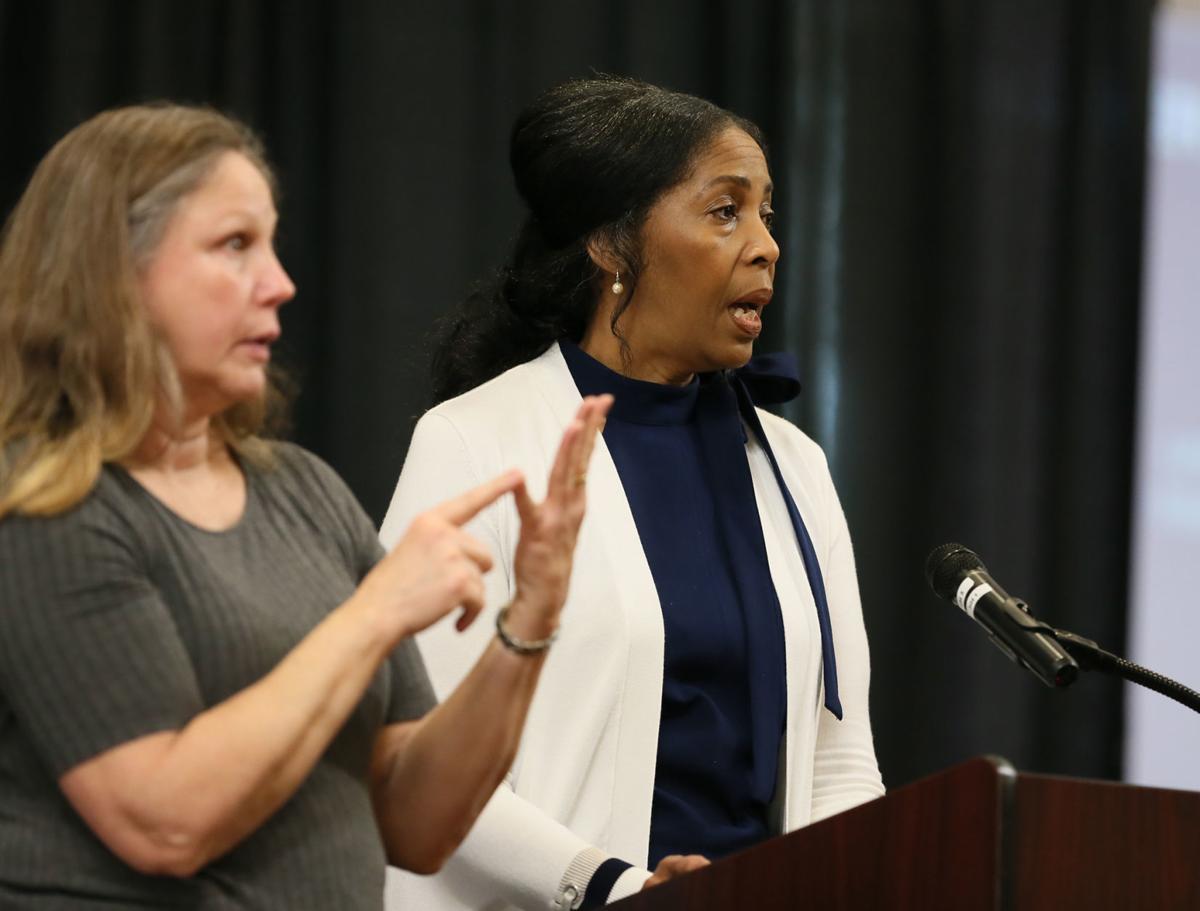 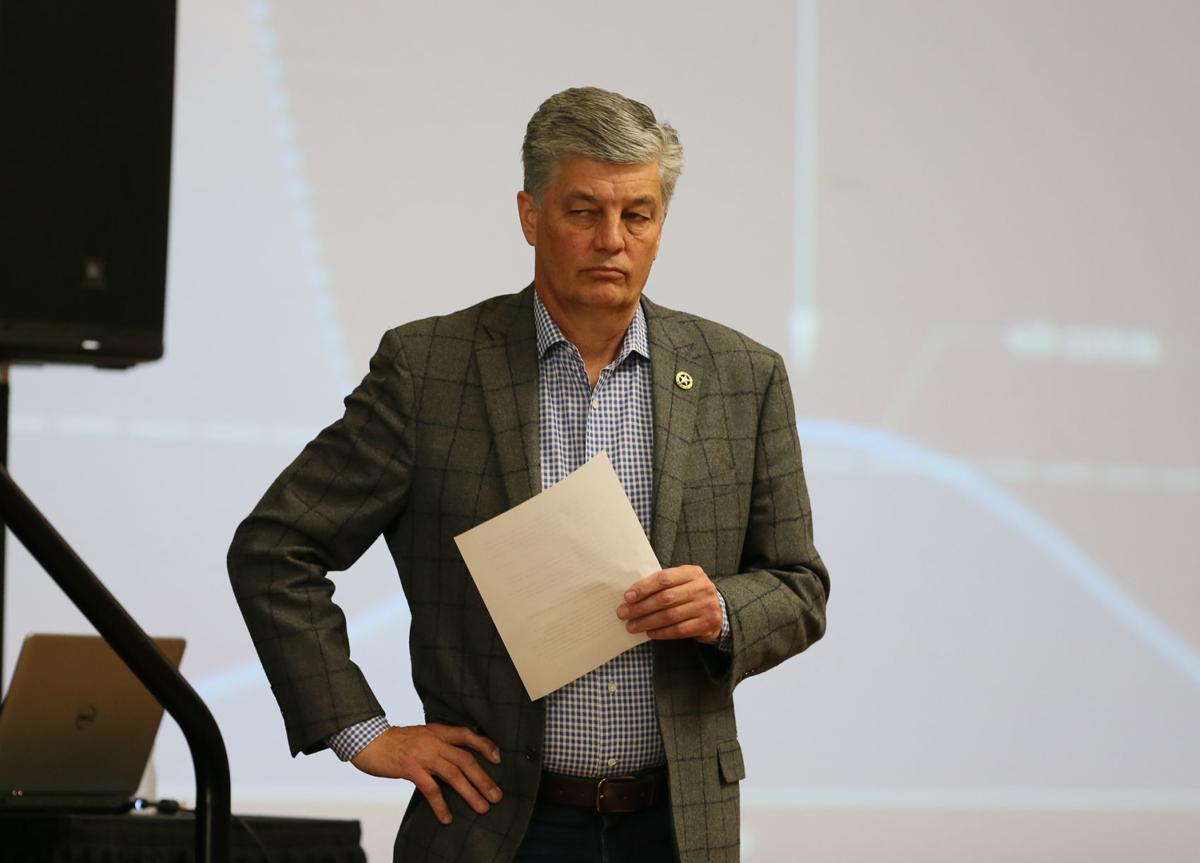 Waco mayor Kyle Deaver during the announcement of the first confirmed COVID-19 cases in McLennan County.

The Waco-McLennan County Public Health District announced six cases of COVID-19 in McLennan County on Wednesday, signaling a new phase in the local response to the coronavirus pandemic.

By 5 p.m., the health district had reported another confirmed case, involving a 27-year-old man “with an unconfirmed travel history.”

Texas had reported 83 cases of COVID-19, the disease caused by the new coronavirus, and two deaths from the disease, as of Wednesday. The list of cases in 23 counties reported by the state did not yet include any from McLennan County. It included one in nearby Bell County, while the Temple Daily Telegram reported local officials there had confirmed three cases as of Wednesday.

Statewide, 1,907 people had been tested for the coronavirus as of Wednesday, 697 by public labs and 1,210 by private labs, according to the Department of State Health Services website. The site notes that additional providers are testing that have not reported their numbers yet.

The McLennan County couple who recently traveled to New York City over spring break on a non-university trip are two Baylor University faculty members who fell ill upon their return, Baylor President Linda Livingstone said in a press release. The couple did not return to campus and have been self-isolating at home.

The 64-year-old man who traveled to Israel went with a group of people, including a Bell County resident who also tested positive. Health district Senior Epidemiologist Dr. Vaidehi Shah said the health district is working to contact everybody who went on the trip.

“Because there were people from different counties, the state will be taking the lead on that, but we are in the process of contacting everybody,” Shah said.

Results from 16 other local tests are still pending, but it was unclear Wednesday afternoon if that number included the sixth confirmed case. Multiple labs are now testing for the coronavirus.

Dr. Farley Verner, health authority at the district, said the state reported the fifth case involving the man who traveled to Wyoming to the health district. The man had been tested in another county but is a McLennan County resident. Reporting is done by county of residence.

“These cases are travel-related, and they were discovered because of the mechanisms in place,” Verner said. “It’s important to do all the social distancing we recommended so that the cases that are unrecognized don’t spread.”

Health care providers notified their patients who tested positive for COVID-19, and the health district’s epidemiologists interviewed them by phone, Verner said. They have been instructed to isolate themselves and their families at home, while the health district actively monitors their conditions via phone.

If the patients’ conditions worsen, they have been instructed on how to seek further medical care, and emergency responders are aware of the need to pick up these patients in personal protective equipment, Verner said.

Deaver urged the public Wednesday not to panic but to take prudent steps to avoid spreading the virus.

“There’s no need to panic as a result of this,” he said. “Most people who acquire COVID-19 are going to recover and have mild symptoms, but the vulnerable population and some others may have bad outcomes.”

People who feel sick should not go to the doctor but should call first to avoid exposure, Deaver said.

Staff will advise students whether they meet the criteria for testing.

Student Health Services will be able to make appointments for on-campus testing for the coronavirus at this phone number from 8 a.m. to 5 p.m., Monday through Friday.

Students not in Waco, as well as faculty and staff, are advised to call their health care providers if they have symptoms.

More in Coronavirus latest: What's happening around Waco (69 of 116)

Restrictions on restaurants, bars, gyms and public gatherings spread beyond Waco on Wednesday as McLennan County and suburban cities declared states of emergency in the face of the COVID-19 pandemic.