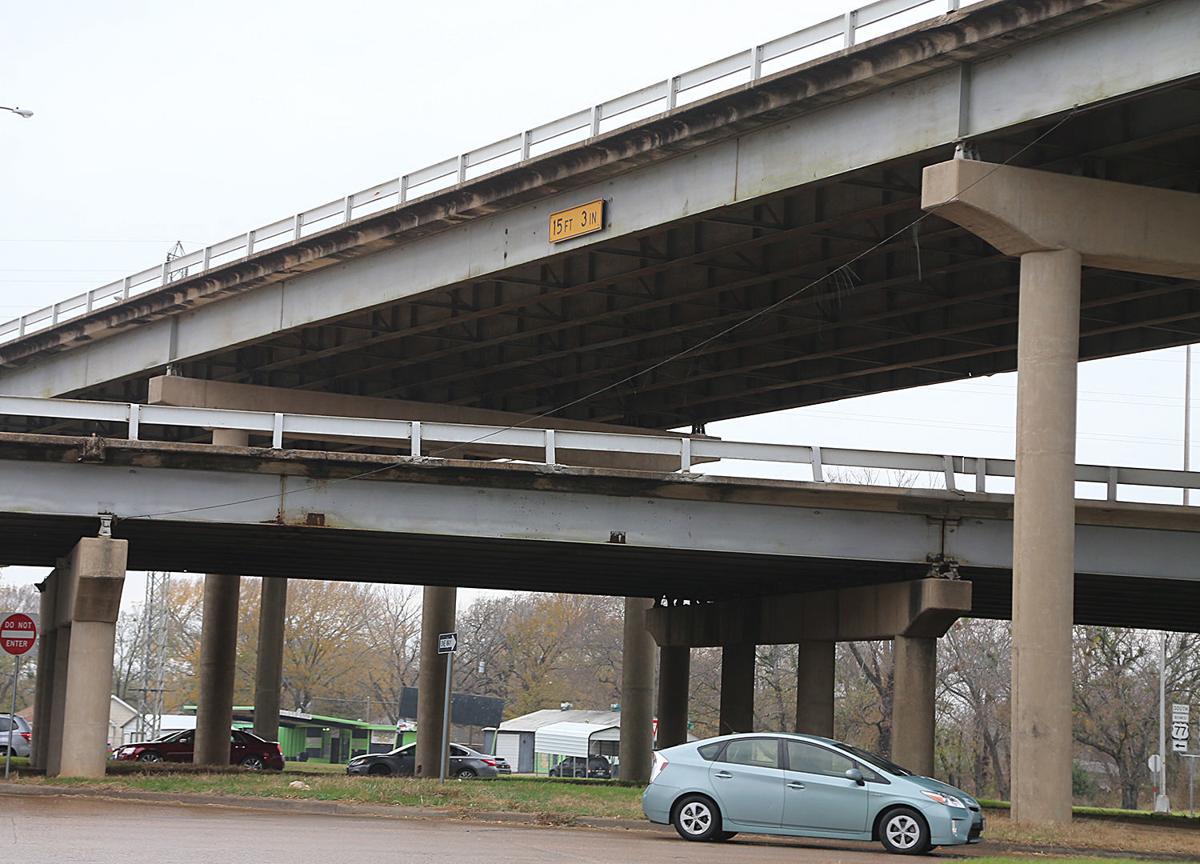 Potts Interchange at Business 77 and Highway 84, a complicated intersection disliked by many Waco residents, could become an at-grade intersection. 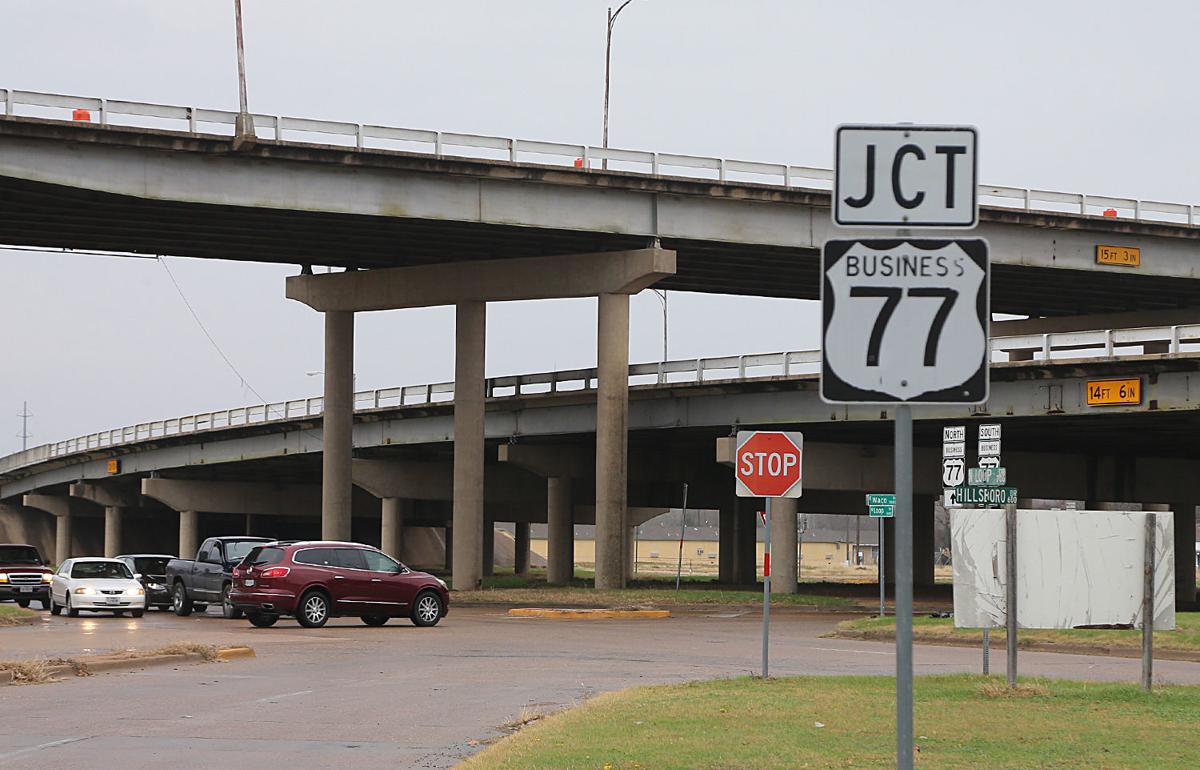 Business 77 would be transformed under Waco MPO’s transportation plan. 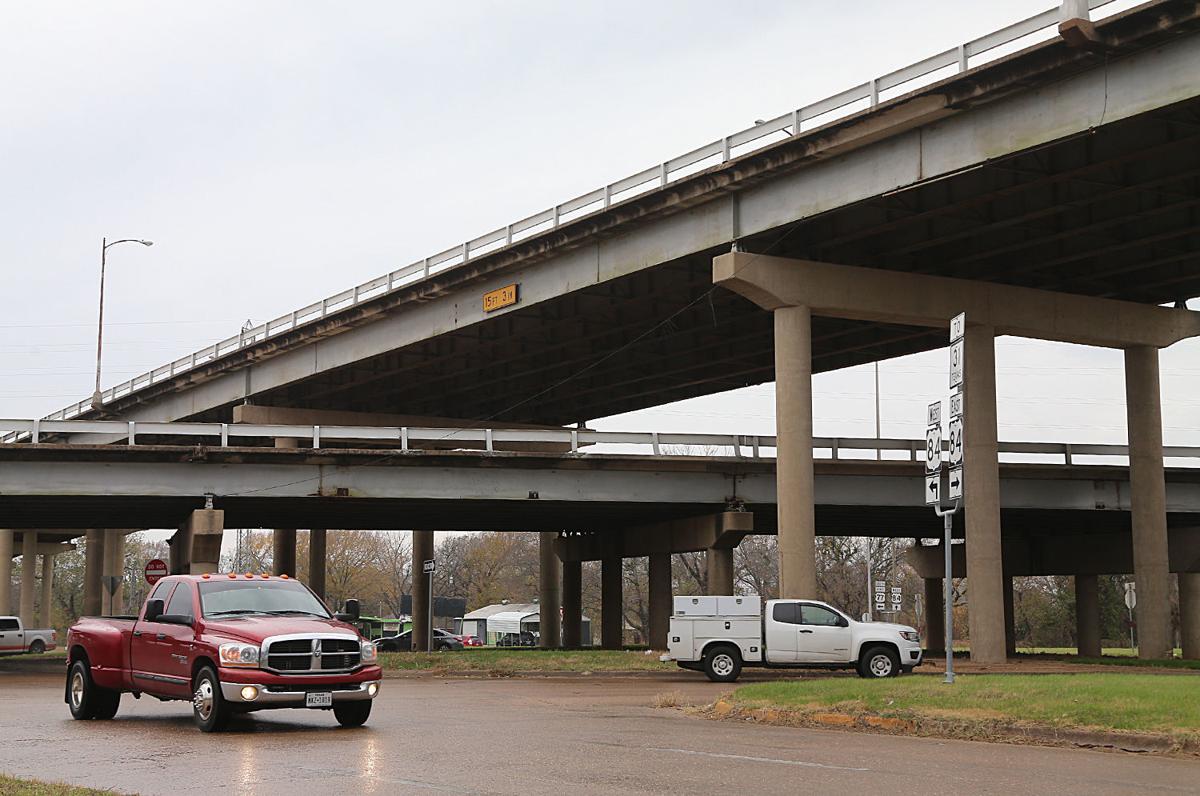 The MPO’s draft transportation plan calls for major changes at the Potts Interchange at Business 77 and Highway 84.

Potts Interchange at Business 77 and Highway 84, a complicated intersection disliked by many Waco residents, could become an at-grade intersection.

Business 77 would be transformed under Waco MPO’s transportation plan.

The MPO’s draft transportation plan calls for major changes at the Potts Interchange at Business 77 and Highway 84.

The latest draft of Waco’s 25-year Metropolitan Transportation Plan, which covers everything from new traffic lights to Interstate 35 improvements and a Bus Rapid Transit system, is up for public comment until Jan. 7.

The public can comment on the current draft to bring attention to any transportation issues that haven’t been included yet, and the Metropolitan Planning Organization board will hold one more public hearing before adopting the plan at its Jan. 17 meeting. The plan is updated every five years.

MPO Director Chris Evilia said while some of the projects in the plan came from Waco residents, others came from the Waco Transit System, the MPO and the Texas Department of Transportation.

“Almost everything in here came from someone saying, ‘This is important to us,’” Evilia said.

More than half the plan involves maintenance of Waco’s existing roads. In addition, Evilia said the MPO tries to include pedestrian and bike improvements in projects where it makes sense.

That includes several projects in Bellmead, where pedestrians have been killed at an alarming rate while trying to cross highways for years. The plan recommends traffic signals, streetlights and refuge islands on Loop 340 near La Vega High School.

The draft also proposes a pedestrian overpass over Interstate 35 near the Bellmead Walmart. To meet ADA requirements, the project may include elevators at the intersection, because space won’t allow for ramps.

“That, to us, was probably the most important location for a pedestrian overpass, considering that we really only have enough money to do one, that’s where it needs to be,” Evilia said.

The plan includes significant changes to the schedule for roadwork on Interstate 35. Reconstructing the I-35 section that runs from south of 12th Street to Highway 6 has been marked lower priority by TxDOT and won’t start until 2030. Evilia said prolonging the project will likely cost more in the end.

“It’s still probably the most important mobility priority on our region, although we’re identifying the mall-to-mall project as number one now,” Evilia said, referring to the reconstruction of Loop 340 between Highway 84 and Interstate 35.

Instead, the plan broke out smaller projects along that stretch of I-35.

Based on TxDOT recommendations, the plan proposes to replace bridges at New Road, realign ramps and add auxillary lanes between Valley Mills Drive and New Road to move some of the congestion off the main lanes. Altogether, the project will cost about $40 million. TxDOT also recommended reconstructing the Valley Mills Drive interchange at I-35.

“The good news is, the district thinks they could get after this really quickly,” Evilia said.

Evilia said currently, the state of Texas is wrangling with an increase in the amount of freight tonnage on its roads, which is growing faster than its population.

Construction on I-35 will increase McLennan County’s capacity for freight tonnage, especially trucks, but Texas is also dealing with more freight traveling by rail and aviation.

“We’re a point of entry, and we’re also a point of exit for a lot of this stuff,” Evilia said. “By the time we get to 2045, it’s probably going to be insufficient.”

Freight rail lines are reaching capacity, which will likely mean more freight passing through Waco as a result. Evilia said the MPO is working with Union Pacific and BNSF Railway Company to plan ahead. Meanwhile, the state is trying to route freight through cities other than DFW and away from the interstate system.

“We’re seeing a lot of ... overweight and oversized loads going west on Highway 6, and using Highway 31 toward Tyler and Longview,” Evilia said.

The plan would add shoulders to bridges along those highways or raise them to accommodate the new 18-foot TxDOT standard for vertical clearance.

“The good news is that there aren’t very many crashes over there,” Evilia said. “The bad news is that when a crash occurs, it’s usually really bad. An overpass will take care of the issue.”

A $12 million project would convert Business 77, an underutilized corridor with structural problems, into a boulevard with wider lanes, slower speeds and bike and pedestrian paths. Evilia said one of the bridges at Potts Interchange, a much-despised intersection of Business 77 and Highway 84, is now considered structurally deficient. The plan calls for replacing the interchange with an at-grade intersection.

“If we don’t do anything, it’s going to be weight-restricted,” Evilia said. “Reconstructing that as a boulevard becomes important.”

The conversion would remove ramps and interchanges, turning what was once a main highway in Waco into something more closely resembling La Salle Avenue.

“That hopefully will lead to better opportunities for redevelopment, especially in East Waco,” Evilia said. “Right now, in our opinion, it’s basically a wall right through East Waco.”

Other projects would involve narrowing 17th Street, 18th Street, and portions of Sanger Avenue and adding bicycle and pedestrian access in the space left over.

“One of the things that each of these have in common is that they’re underutilized,” Evilia said. “They were designed 50, 60, 70 years ago for a very different travel pattern than what we see today. Because there’s a lot more capacity there than we really need, speed is an issue.”

Sanger Avenue, a four-lane road that lacks a turn lane, has become the site of frequent rear-end collisions. The plan recommends converting a portion of the street south of Valley Mills Drive into a three-lane road, including a center turn lane.

“That then gives us room to put in bike lanes on the side,” Evilia said. “As long as we’re doing that work, well, let’s put in pedestrian improvements as well.”

“When we start looking at potential crossing points, all the way from Lake Waco to the interstate, there are not a lot of opportunities, so Sanger is probably the best one,” Evilia said.