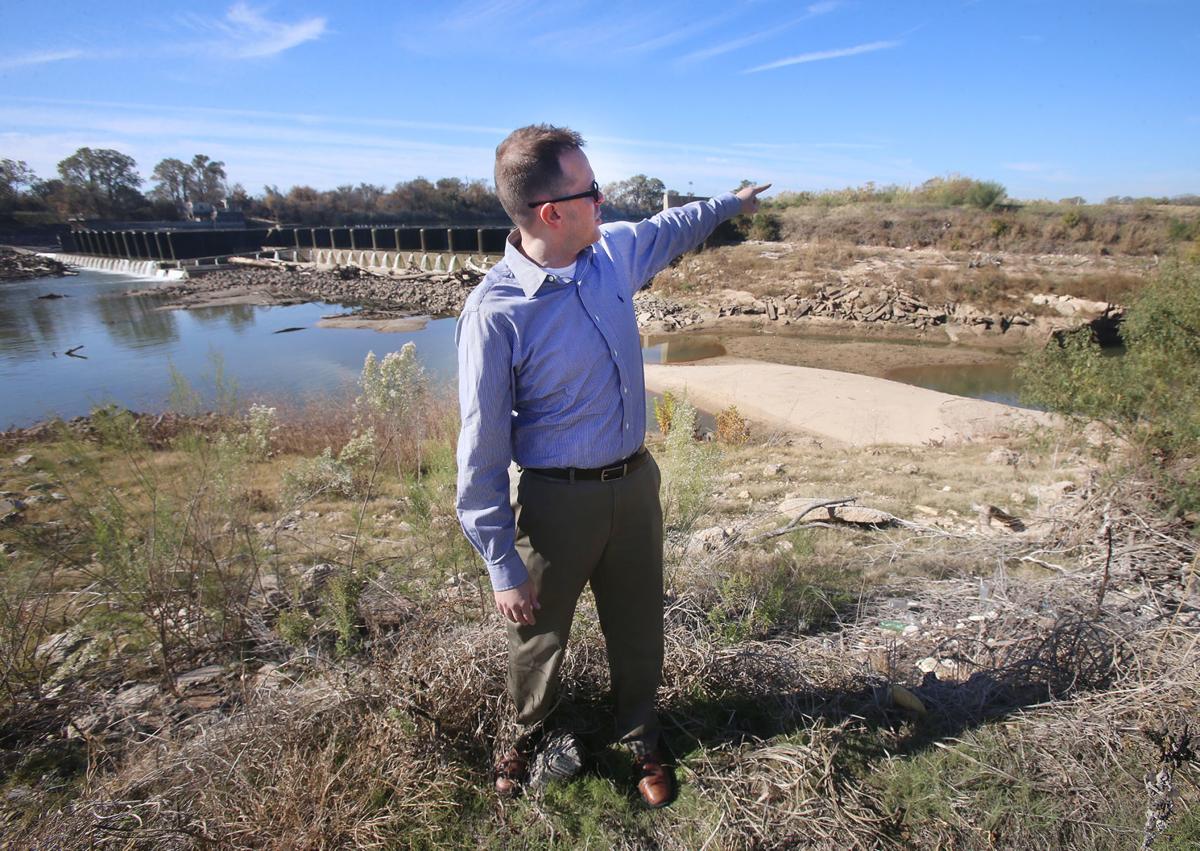 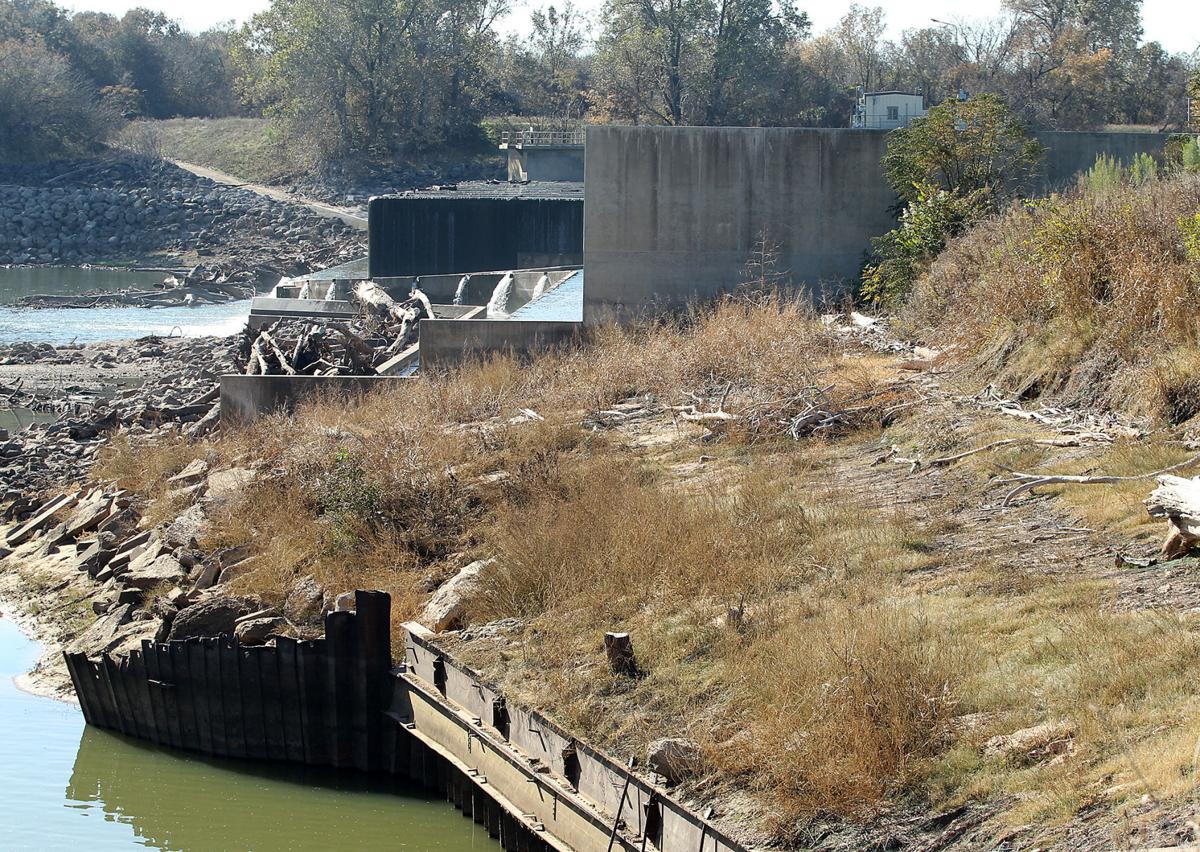 An earthen embankment near the Lake Brazos Dam has been worn away over time, putting the dam at risk. 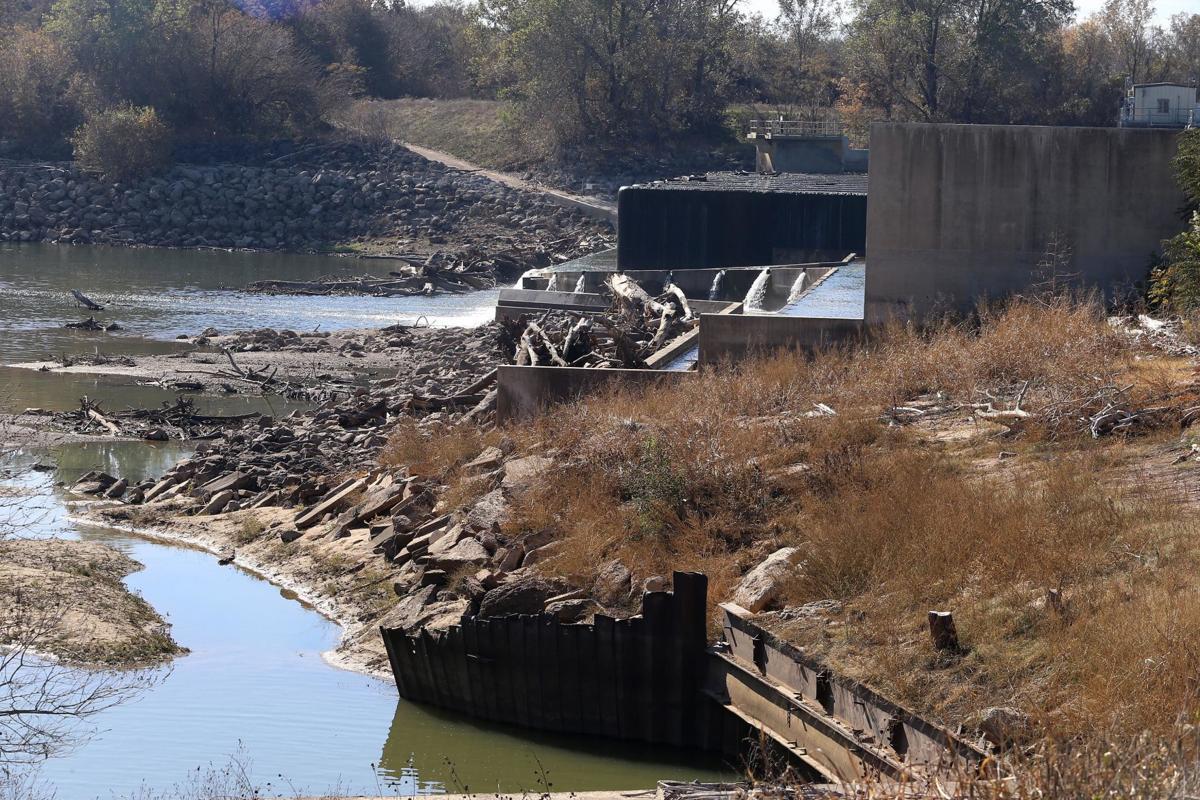 Riprap along the banks below the Lake Brazos Dam is intended to slow erosion. 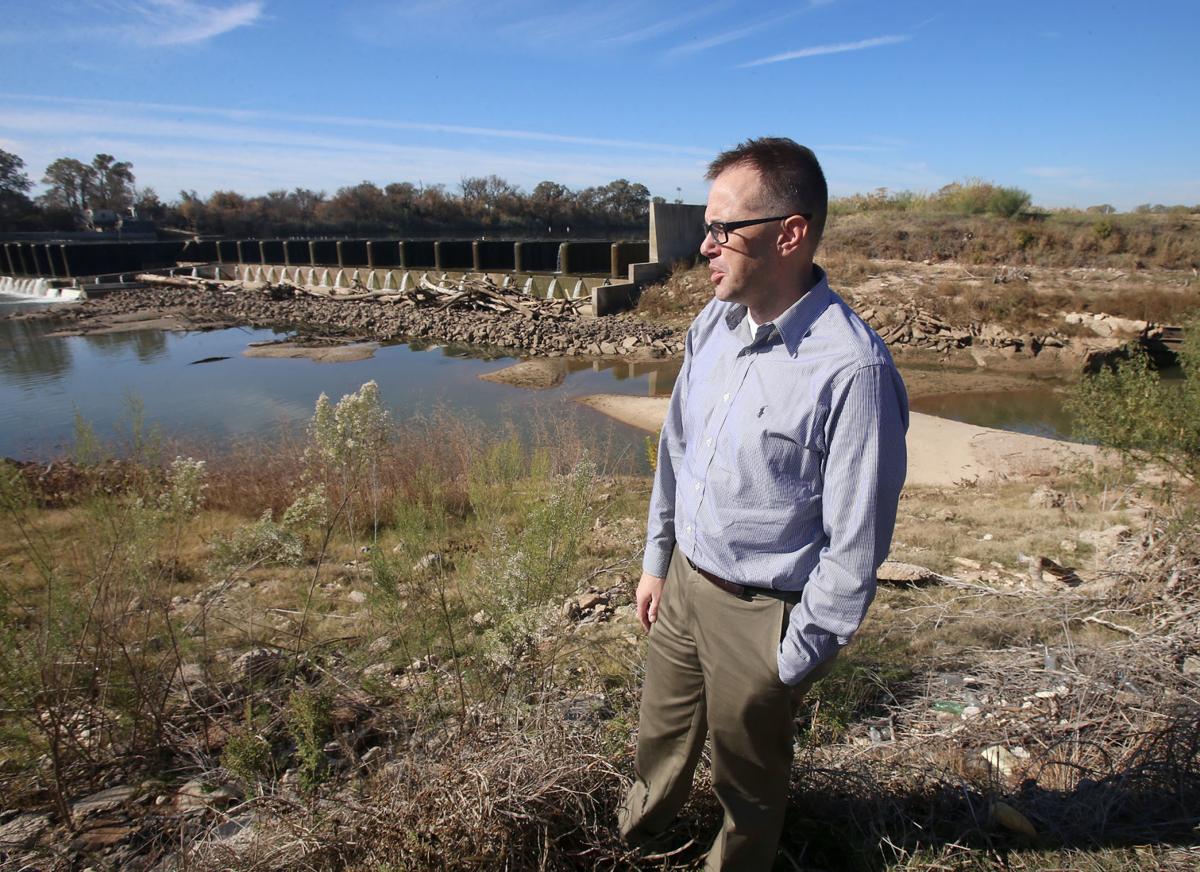 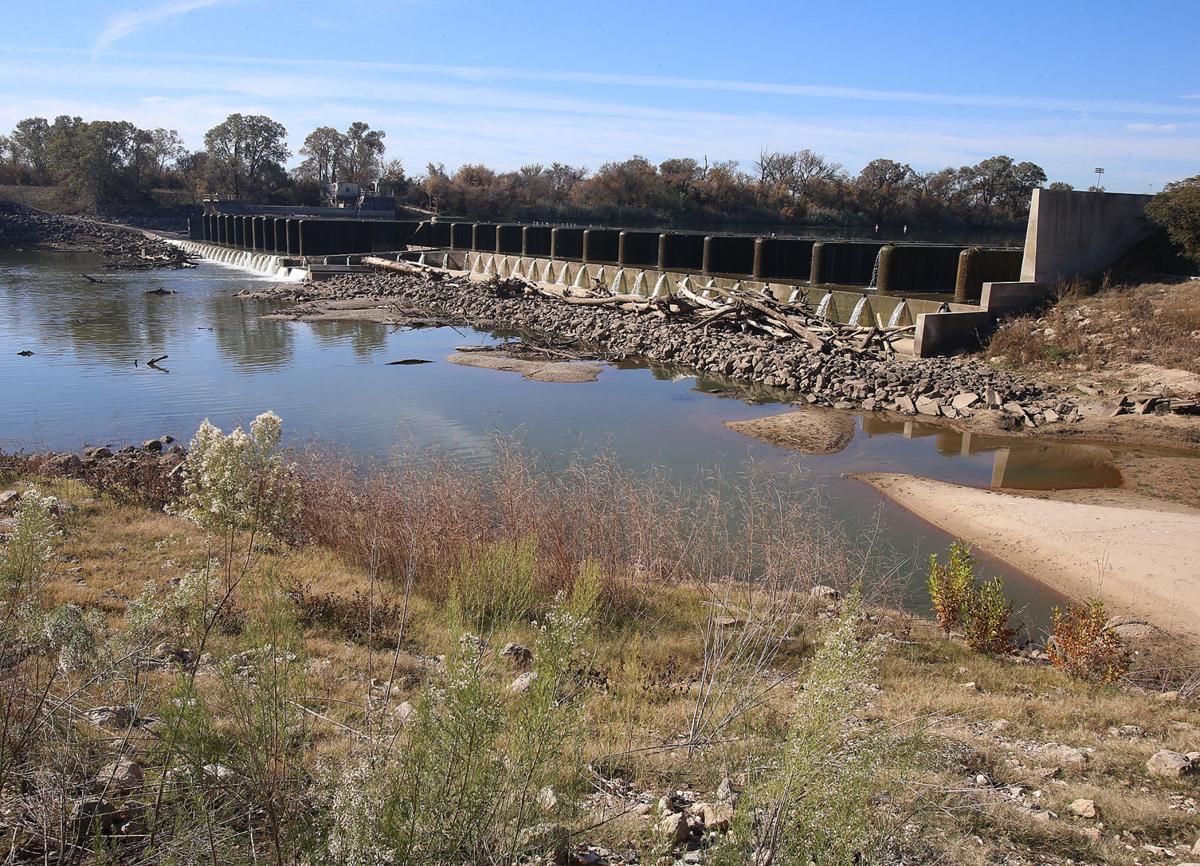 The city is concerned about erosion near Lake Brazos Dam. 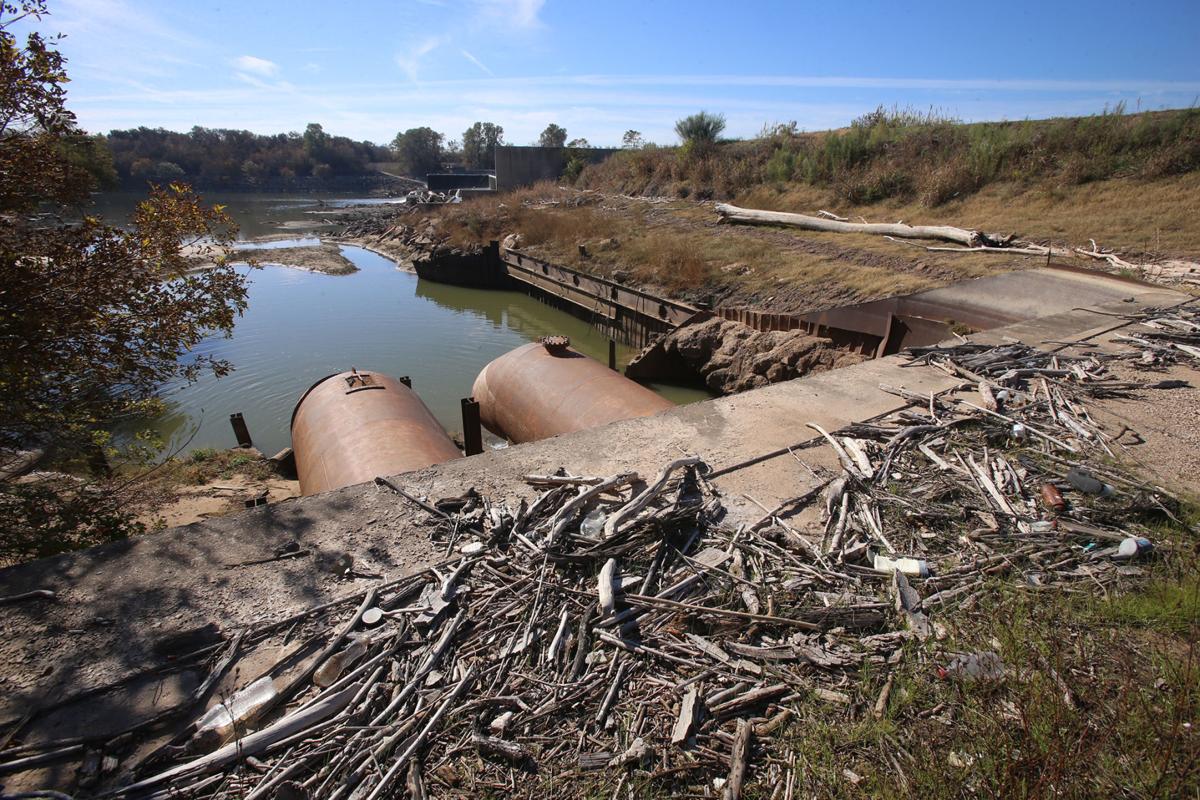 Debris remains after recent flooding of the Brazos River. This area, the outlet works, is often submerged. 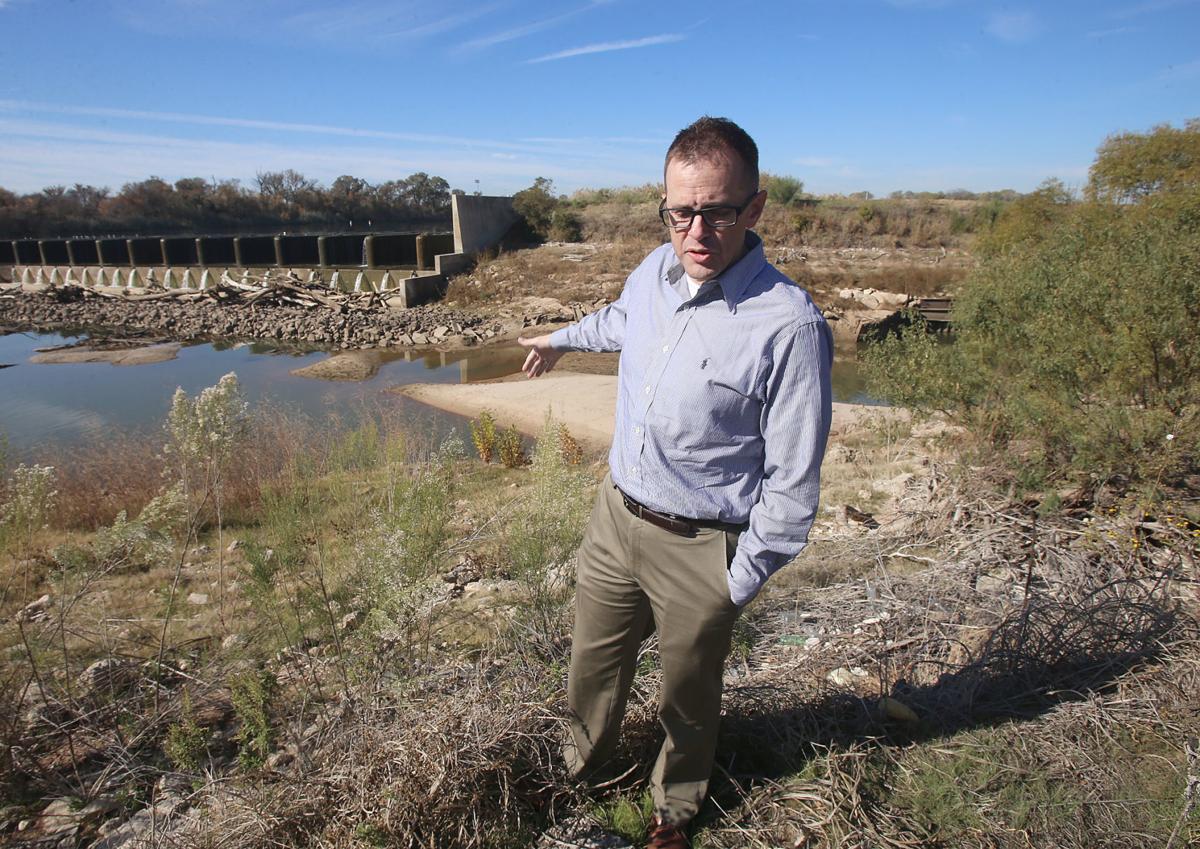 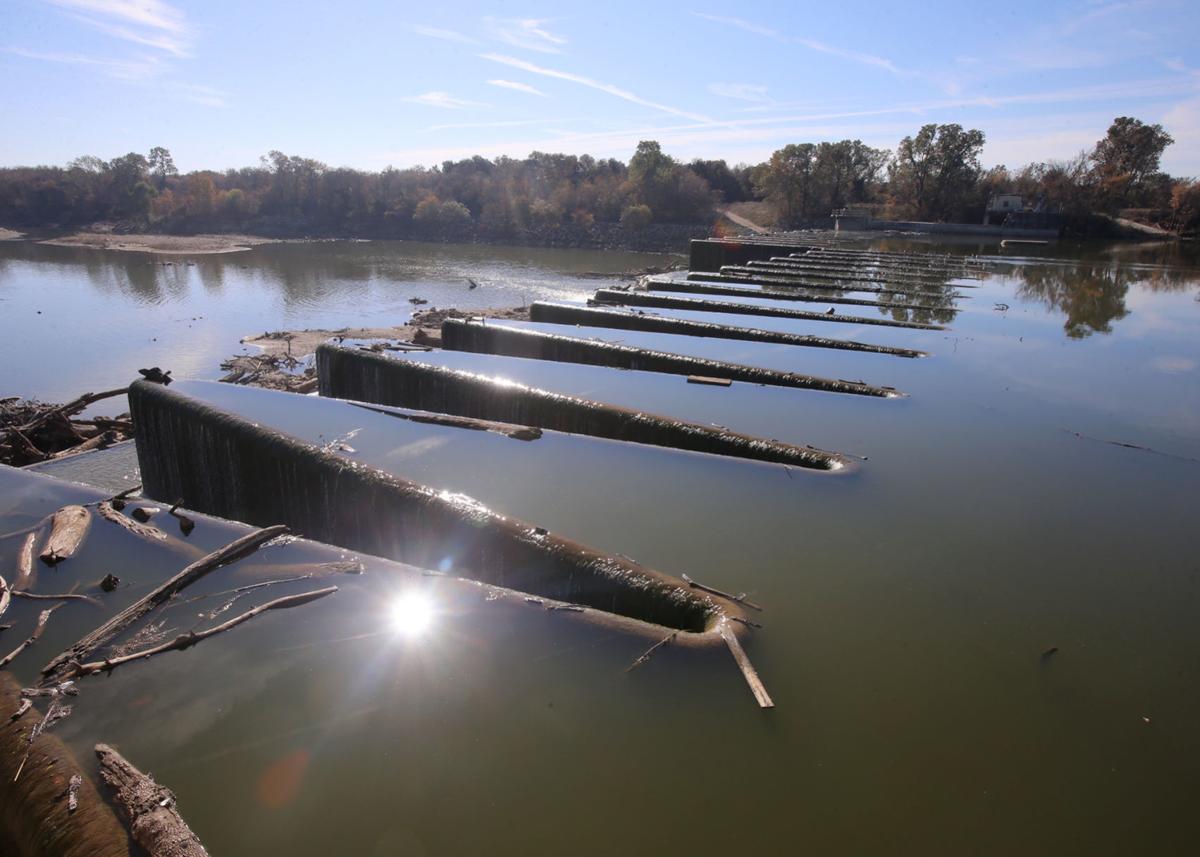 The distinctive saw-tooth pattern of the Lake Brazos Dam, known as a labyrinth weir, solved many of the city’s recurring maintenance problems when it was built in 2007.

An earthen embankment near the Lake Brazos Dam has been worn away over time, putting the dam at risk.

Riprap along the banks below the Lake Brazos Dam is intended to slow erosion.

The city is concerned about erosion near Lake Brazos Dam.

Debris remains after recent flooding of the Brazos River. This area, the outlet works, is often submerged.

The distinctive saw-tooth pattern of the Lake Brazos Dam, known as a labyrinth weir, solved many of the city’s recurring maintenance problems when it was built in 2007.

A long-neglected segment along the Lake Brazos Dam has deteriorated to an unsafe degree, according to city officials.

Engineering firm Freese and Nichols estimates it will cost about $5 million to repair and reinforce an earthen embankment on the east side of the Brazos River that has been steadily eroding. The embankment was built in 1969 as part of the original dam, which has been replaced twice.

Waco Metropolitan Area Regional Sewerage System Superintendent Cliff NeSmith said the structure is relatively stable, but one severe rain event could be enough to overwhelm it.

“The concern is that you’d have a failure here,” NeSmith said. “If it failed, you’d drain Lake Brazos and it would be catastrophic upstream as everything came through here. We haven’t had anything catastrophic yet. It doesn’t appear it’s going to happen anytime soon, but the city’s just trying to be ahead of it and fix any problems before it happens.”

City officials have said the ability to reliably keep the river at a consistent level upstream of the dam is necessary for downtown development.

NeSmith said the area that includes the eroding embankment was not reconfigured when the new dam was completed in 2007 because of budget constraints. Currently, the roughly 200-foot stretch is supported with a metal wall and riprap, chunks of rock and concrete placed along the embankment to slow down erosion.

“The city has made some repairs over the years on this side, but when the river gets up, all of this goes underwater,” NeSmith said. “It’s slowly eroding this embankment. The city has tried to mitigate it and slow it down, but it’s to the point where something permanent needs to be done.”

The embankment contains a gated channel and several valves, called the “outlet works.” The city uses it to route water past the dam when it requires maintenance, though it is not often used. When the city performed maintenance on the dam last month, the water level was low enough to give access without using the bypass.

“It’s there in case you have to, but it’s not something we do on a regular basis,” NeSmith said.

The entire area gets submerged during floods, speeding along erosion and strewing debris along the inlet.

“Just last summer, all of that was clean and we went in and made repairs,” NeSmith said, gesturing toward branches and trunks strewn throughout the area. “All the trees and stuff have come up since March or April.”

Victor Vasquez, with Freese and Nichols, will serve as project manager for the repairs. He and Waco Utility Services Director Lisa Tyer gave a presentation to the Waco City Council on Tuesday. Freese & Nichols designed and built the current dam.

Tyer said the exact makeup of the embankment is not yet known. It could be dirt, concrete from a defunct gravel plant near the river, a combination of both or a total surprise.

Vasquez said plans for the current dam initially included repairs to the embankment that proved too expensive for the city at the time. The embankment also took some damage in a flood that stalled the current dam’s construction by several months in 2007, and the Texas Commission on Environmental Quality recommended the city continue monitor its condition.

In 2014 and 2016, inspections showed the metal sheet pile wall keeping the embankment in place had deteriorated. In addition, the city performed emergency repairs to a sinkhole that formed early this year.

“At the moment it’s fine, but when you look at the total stability, you cannot really justify the stability of the embankment,” Vasquez said. “It’s not meeting safety standards today.”

Tyer said there are no engineering plans available detailing the embankment’s construction, leaving the city and engineering firm guessing.

“We don’t know what’s holding it together,” Tyer said. “When we did that sheet piling repair, there were holes in it. So, soil that holds that up was going out into the river, which is not a good situation at all.”

Vasquez said repairs to the embankment will include building a stilling basin that would extend the flow of the outlet works, replacing the valves, fixing the stability issues along the embankment and making improvements upstream.

“If you guys lose the embankment and the reservoir, and all the money you invested in the labyrinth weir just goes away with it,” Vasquez said, referring to the labyrinth weir design of the current dam. “It’s a major amenity for downtown.”

Vasquez said the design process will take about a year, in part because the TCEQ permitting process can take up to six months.

“This concern has been looming now for a number of months, if not a year,” Waco Mayor Kyle Deaver said. “We’re just now figuring out a fix for it, and then we have to figure out the funding for the fix, because it’s going to be very expensive.”

Deaver said the city plans to seek federal assistance through the U.S. Army Corps of Engineers. He said before the new dam’s construction, the hydraulic gates on the old dam would frequently fail, reducing the river to a muddy mess with an inescapable, fishy stench.

“Obviously it’s a safety issue too, but keeping the level of the lake constant is key to economic development in downtown,” Deaver said. “It really was the barrier to it until we got the new dam built.”