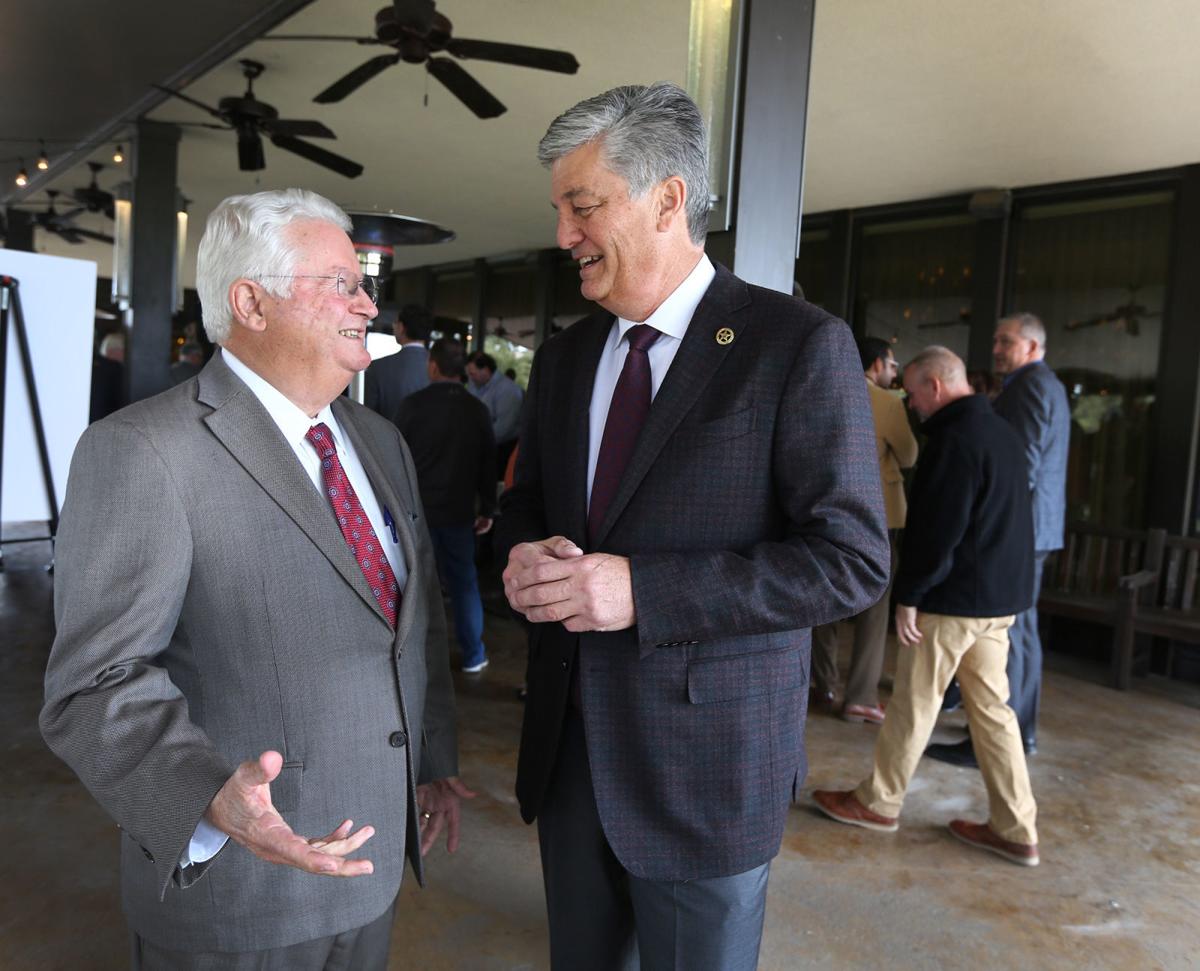 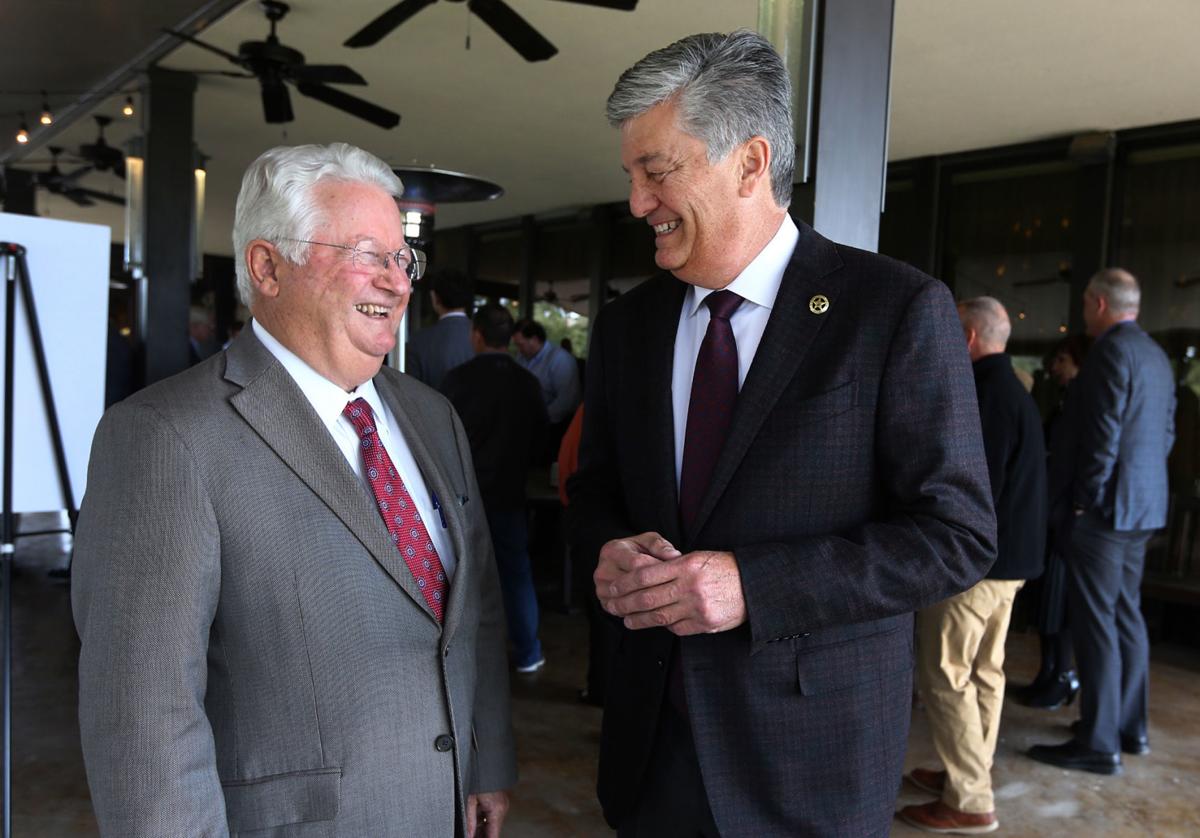 McLennan County Judge Scott Felton tossed out several one-liners that had those attending Wednesday’s State of the City & County Luncheon at Ridgewood County Club laughing out loud. He suggesting, for example, that the newly approved $14.5 million expansion of Cameron Park Zoo include ample protection for the South African penguins soon to live there.

“They need to be kept away from things that might eat ‘em. That’s the advice I would give,” Felton dead-panned. “I’m sure they thought of that.”

But he was dead serious about steps to improve outcomes for county jail prisoners suffering mental health issues.

“The jail is the No. 1 mental illness inpatient facility in our community, which is not ideal,” Felton said.

Jail administrator Maj. Ricky Armstrong, for example, has created a separate veterans pod at McLennan County Jail on State Highway 6. Armstrong, in an interview last week, said eight incarcerated vets were being held in their own wing. He said he hopes to gradually increase the jail space allocated to veterans as the county settles in as operator of the Jack Harwell Detention Center, taking over from private contractor LaSalle Corrections. Harwell shares a kitchen facility with the McLennan County Jail.

Felton said the city and county each has allocated $80,000 to Heart of Texas Region MHMR to fund a program to provide health screening of new prisoners, clearing them for jail stays or referring them for treatment.

He said the work of the Behavioral Health Leadership Team, which includes law enforcement, in addressing mental health challenges, is well organized under the leadership of Tom Stanton, executive director of the philanthropic Bernard and Audre Rapoport Foundation.

Felton lamented that Texas ranks 50th in the nation in spending on mental health care. He said 80% of the 254 counties in Texas report a shortage of mental health professionals. McLennan County finds itself in better position than many counties, but could stand improvement, Felton said.

He said resources are in play to deal not only with mental health issues among prisoners but also to provide housing assistance, job placement, and counseling .

On Monday, a new county Veterans Treatment Court began accepting referrals of veterans charged with minor offenses who may suffer mental illness. It has the support of the McLennan County District Attorney’s Office, the U.S. Department of Veterans Affairs, Veterans One Stop in Waco and Veterans Clinic at Baylor Law School, which assists vets with legal matters.

Felton said the community has the desire and the leadership to make a difference in getting help for veterans instead of placing them behind bars.

“If done right, it can save money,” he said. “There is a business element.”

Industry prospects have made it clear that they have neither the time nor the inclination to train personnel “from the ground up,” he said.

Following a contentious selection process, the city of Waco is seeking a permit for 502 acres near State Highway 31 and TK Parkway as its new regional landfill site. Tongue planted in cheek, Waco Mayor Kyle Deaver said choosing the site was “my favorite project,” and a necessary one, considering the existing landfill on U.S. Highway 84 has fewer than five years of life left. It has been used since 1986.

Felton said the relationship between city and county has never been better, and he lauded cooperation that made progress possible.

“In fact,” Felton said, “we’re going to do all our trash business with y’all.”

“Pick-up is on Friday,” he added to laughter.

Deaver highlighted several high-profile projects that shaped, and shape, the city’s landscape. Among them, a planned $5.2 million renovation of the Waco Suspension Bridge; a new $6.5 million Neighborworks Waco affordable housing subdivision; two new fire stations, including one planned on the former site of the 25th Street Theater; construction of more than 500 parking spaces downtown, housed in parking garages; creation of a community “front porch” and festival street near Elm Avenue in East Waco; a repurposing of the Cotton Belt Railroad bridge to create a “retail connection” near downtown; and development of the much anticipated Brazos Promenade on Lake Brazos.

Other mentions of note: the arrival of seven new Waco Police officers next year; a $1.5 million anti-gang grant; the continued drawing power of Chip and Joanna Gaines, and their hopes to convert the Grand Karem Shrine building on Washington Avenue to a boutique hotel, the plans for which Deaver described as “nothing like Waco has ever seen.” Also, a $3.8 million grant for lead remediation; a 28-piece animal-based series of sculptures along the Brazos River; and hundreds of millions allocated to infrastructure improvements.

A sigh went up as mention was made of the $341 million widening of Interstate 35 through Waco. Deaver said time-sensitive incentives included in the Texas Department of Transportation contract could cut work days.

Of great importance, Deaver said, is the community’s commitment to improving race relations and ensuring that no sector is left out as public and private ventures bring new projects and land uses to Waco.

Deaver, who has six months left as mayor, received a standing ovation from the about 200 attending the city-county update.