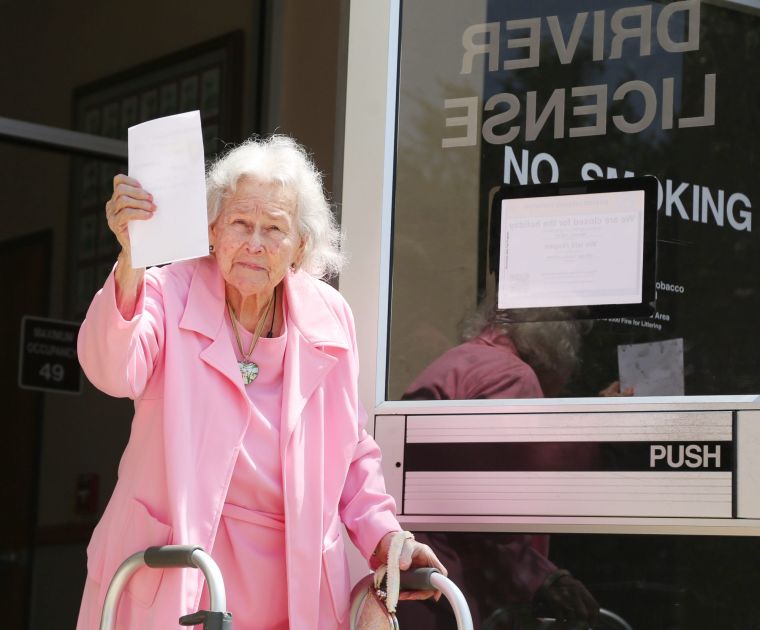 Ruby Barber, 92, leaves the Texas DPS office Tuesday with her temporary new voter ID card. The state was able to verify Barber’s citizenship by finding her birthday in a U.S. census from the 1940s. 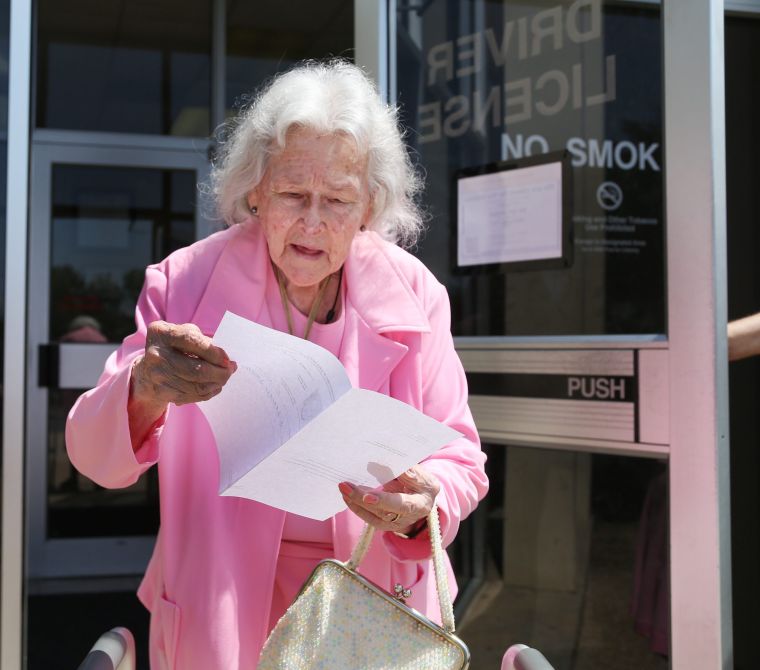 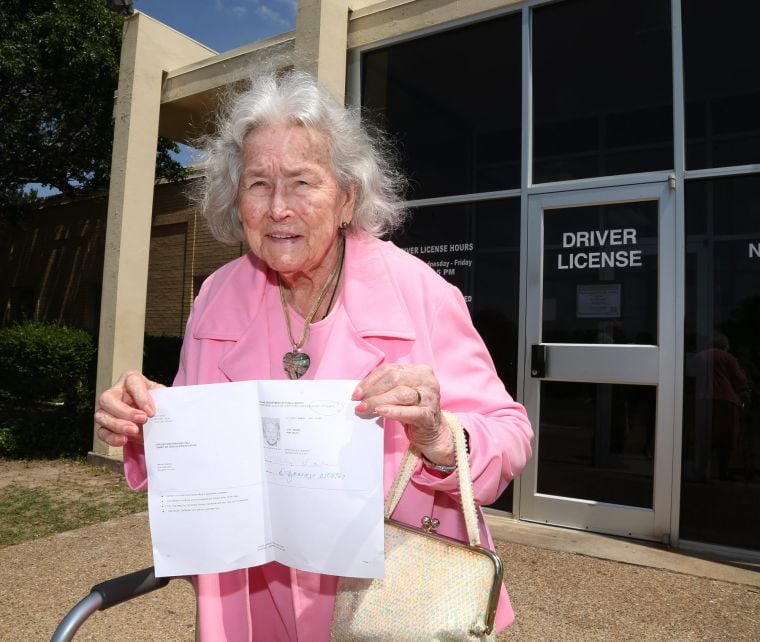 Ruby Barber, 92, leaves the Texas Department of Public Safety office with her new ID card that will allow her to vote. 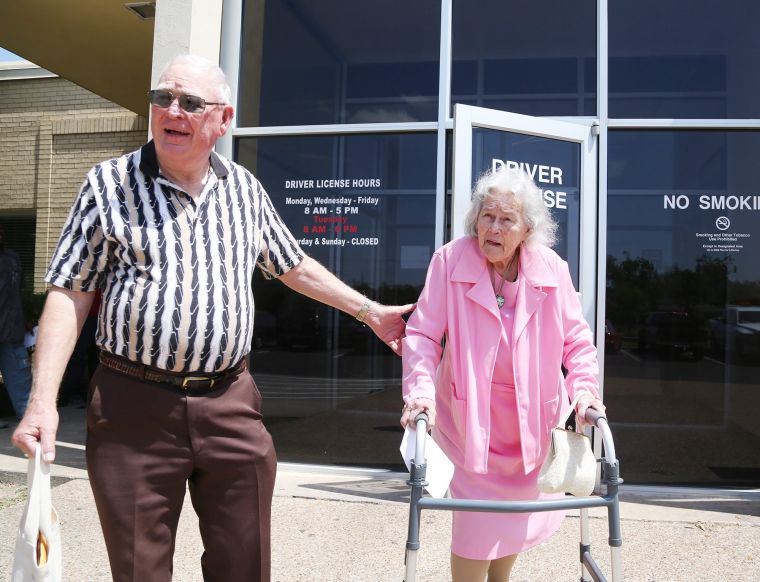 Ruby Barber, 92, leaves the Texas DPS office Tuesday with her temporary new voter ID card. The state was able to verify Barber’s citizenship by finding her birthday in a U.S. census from the 1940s.

Ruby Barber, 92, leaves the Texas Department of Public Safety office with her new ID card that will allow her to vote.

Bellmead resident Ruby Barber, 92, will be able to vote for her candidate this November after she struggled to obtain an election identification certificate, or EIC, because she doesn’t have a birth certificate.

Barber’s son, Jimmy Denton, took her to the Department of Public Safety office Tuesday where she proudly showed off her temporary voter ID card. Her permanent card should arrive in the mail this week, Denton said.

Despite the lack of a birth certificate, the state was able to verify Barber’s citizenship by finding her birthday in a U.S. census taken in the 1940s, Denton said. She also showed her Social Security card, two utility bills and her Medicare card.

Those ages 65 and older can vote by mail without a photo ID. Ballots are available on the McLennan County elections website, but Barber didn’t want to vote by mail.

“She likes to go up there in person,” Denton said. “And I told her she has every right to do that.”

The new voter ID law, enacted in June 2013, requires voters to show one of six photo IDs in order to vote. A citizen who doesn’t have any of the IDs, such as a driver’s license, concealed handgun license or passport, can apply for an EIC.

People with disabilities, those whose religions frown upon personal photographs or someone who has endured a disaster within 45 days of an election are exempted from providing photo IDs. Those who seek an exemption should go to the local elections office.

To receive an EIC, the voter must prove citizenship and identification by presenting documents such as a birth certificate or naturalization papers.

“DPS is committed to working with our customers and making every effort to meet their EIC needs,” he said.

Barber said she’s thrilled to know she will be able to continue to vote.

She doesn’t plan to vote in the primary runoffs, but said she will be ready in November. She said she also plans to vote in the 2016 presidential election, “especially when Hillary (Clinton) runs.”

Bellmead resident Ruby Barber was born in Guys, Tenn., to sharecroppers who never signed a birth certificate, and now the 92-year-old is strug…