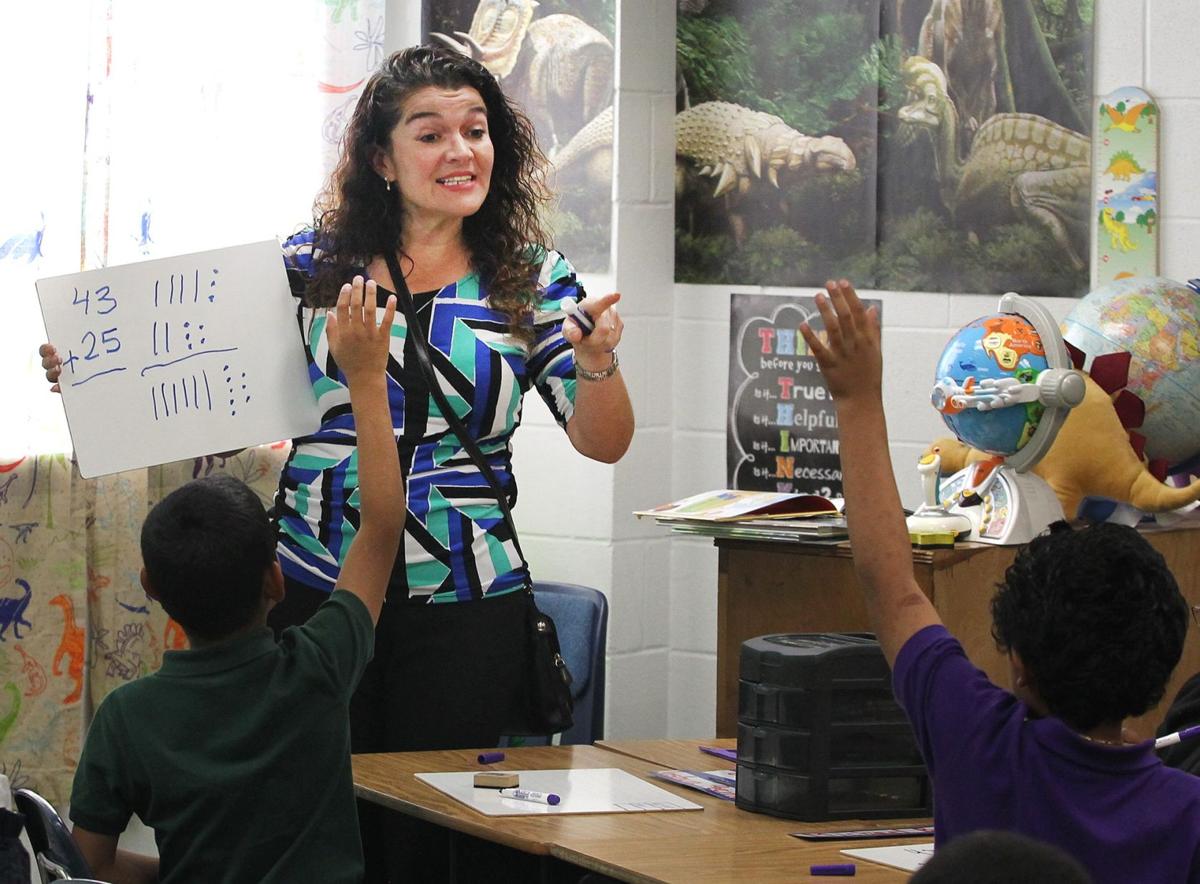 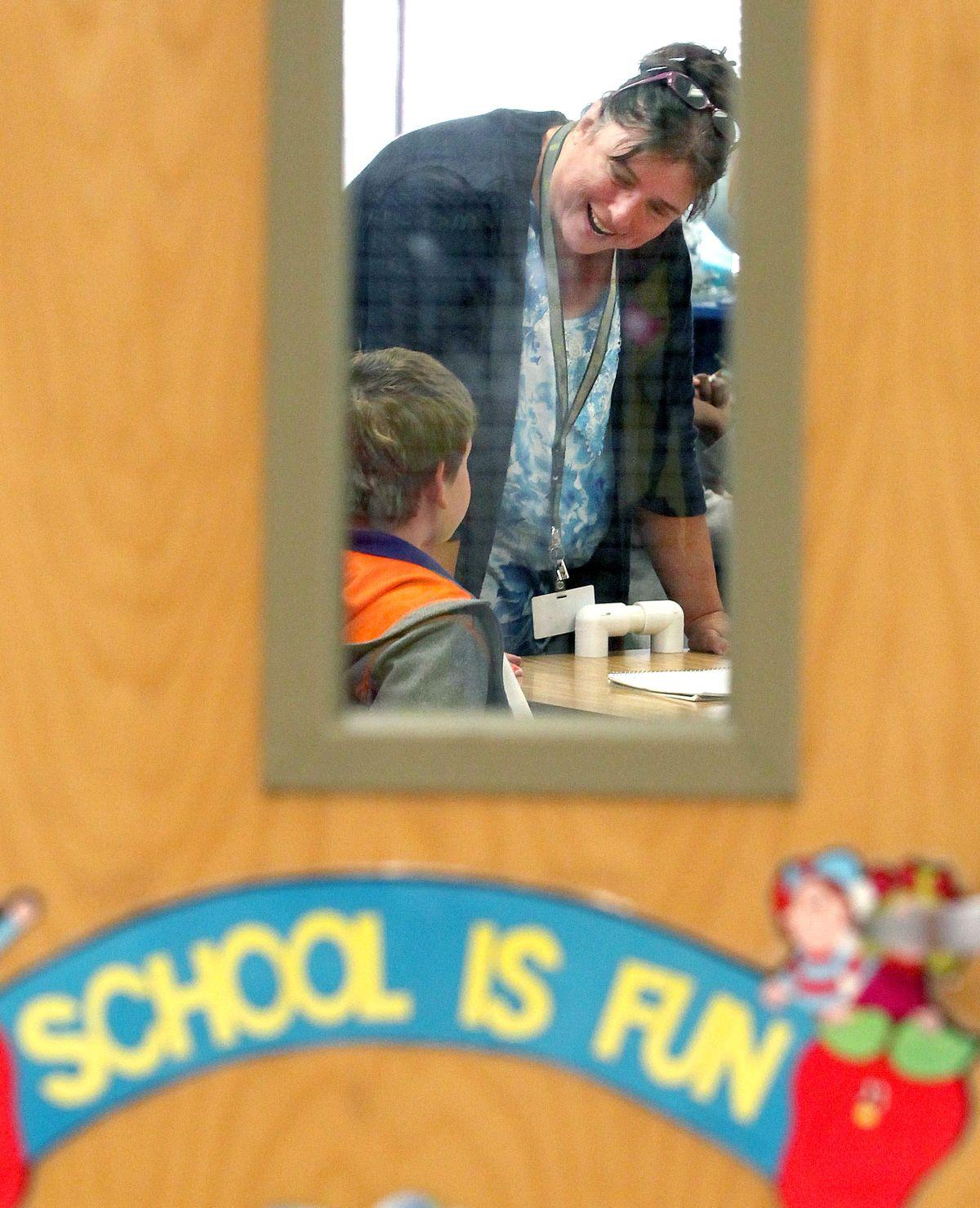 Marlin Primary Academy second-grade teacher Gaylen Tenberg works with one of her students.

Marlin Primary Academy second-grade teacher Gaylen Tenberg works with one of her students.

The finger-pointing continues in Marlin as the community and district officials grapple with how to convince state officials to allow Marlin Independent School District to stay open after failing four consecutive years of state accountability ratings.

Teacher turnover and performance is under intense scrutiny as the town of 5,738 waits for an update on the state’s informal review, with many residents clamoring to assign blame for the low-performing schools.

Marlin ISD Superintendent Michael Seabolt, who came to the district this summer, places the responsibility of the failing academic scores on the educators.

The Texas Education Agency revoked the district’s accreditation, with plans to close all three campuses by July unless the administration can show marked improvement in academic rigor.

Marlin Primary Academy is the only campus in the state that failed state accountability benchmarks eight consecutive years.

But many residents and some district leaders say it’s not poor instruction, but the rate at which educators rotate through the district, that lowers the scores.

“The biggest con that we have is that we have such high administrator and teacher turnover. We have had the majority of our staff leave almost every year that I’ve been here. So, getting teachers to stay has been the most difficult part,” said Misty Ehlers, Marlin ISD’s bilingual and ESL coordinator, who has been with the district for 15 years as both a second- and third-grade teacher and now an administrator.

The high school also refilled at least one assistant principal or principal position each of the past five years.

Superintendents rotate with even greater frequency, the district now having had four within the past five years.

Some of the numbers are comparable to other struggling districts, though, such as Hearne Independent School District, which currently employs 80 teachers, with 32 new hires, or 40 percent.

Hearne ISD failed accountability standards for the 2014-15 school year and passed them in 2013-14.

But in healthier academic districts, such as West Independent School District, which is slightly larger than Marlin’s 889 student population at 1,364, the teacher turnover rate is 20 percent. West ISD employs 110 teachers and hired 23 in the 2014-15 school year. That figure was even lower in the 2015-16 school year, when West ISD hired 17, or about 15 percent, out of 110 teaching positions.

Ehlers said she is convinced the turnover is the result of hiring teachers who commute to teach in Marlin ISD.

“We also have teachers who drive in from long distances. So when they get a job closer to home, it’s realistic for them to stay there,” she said.

Seabolt said teachers drive from Temple, Copperas Cove and Waco. In the resignation letters he’s read, the primary reason teachers leave is because they found a job closer to home, he said.

Other reasons include acceptance to graduate school or the relocation of a spouse, officials said.

Ehlers said she has heard some teachers say they can’t handle the students, but other administrators disagree with her.

“The problem is not with the students,” said Jamie Morris, a state monitor assigned to Marlin ISD. “When you have a district that has an elementary campus that has the longest (failing) consecutive rating (in the state) . . . It’s tough to attract quality, experienced teachers. So, they get a lot of teachers who are going through teachers’ alternative certification programs, teachers who are first-year teachers or couldn’t get a job somewhere else. And, again, the level of the instruction suffers.”

State reports show 170, or 16 percent, of students received in-school suspensions out of a cumulative count of 1,062 students in 2014-15 school year.

West ISD’s numbers are lower, at 5 percent of students receiving an in-school suspension, or 87 out of a cumulative enrollment of 1,534 students.

The cumulative enrollment counts every child who passes through the district in one year.

There’s also little support for fledgling teachers when they do come to Marlin, Morris said. Because the turnover is so high, few veteran teachers are available to guide or mentor new teachers coming into the district.

“You can yell at teachers all day: ‘Teach harder, teach better, teach faster.’ But without the skills and without the support to do that, without the know-how, it’s very difficult to do,” Morris said.

Marlin ISD board of trustees President Roger Nutt said the board has done everything it can to retain teachers, but it’s limited in influencing the district.

According to the TEA’s website, the board of trustees is responsible for managing the district, setting a budget and hiring a superintendent.

State law says trustees can provide goals for the district and “ensure that the superintendent implements and monitors plans, procedures, programs, and systems to achieve appropriate, clearly defined, and desired results in the major areas of district operations.”

This is the first teacher raise in at least five years, officials said.

“The board has done its very best to have the proper people in place,” Nutt said. “We try to put the best people in the positions and there’s always a possibility we could have done better, but I think we’ve done our very best.”

Marlin Independent School District officials will be given the opportunity on Oct. 22 to convince state officials to reinstate its accreditati…