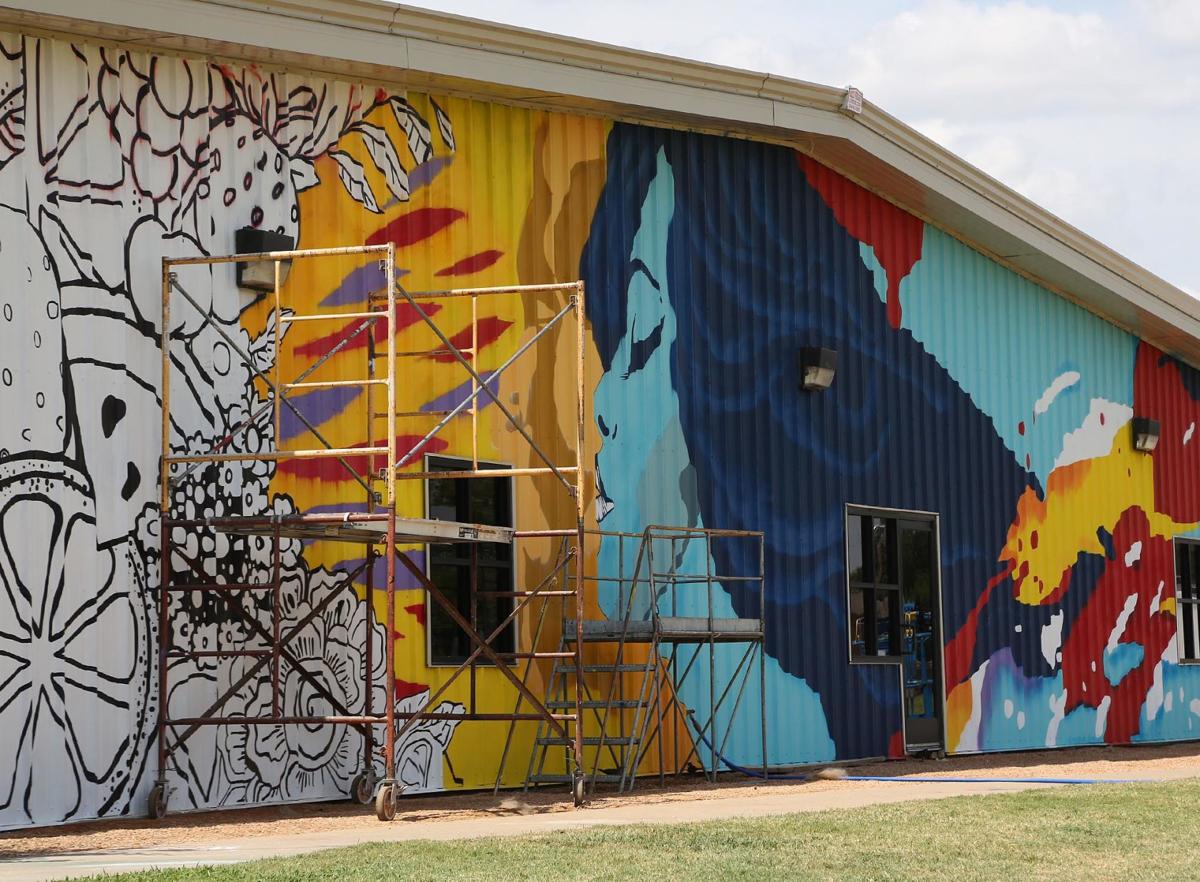 An outline of fruits and flowers flank a woman’s profile in the ArtPrenticeship mural at the Family Health Center’s Martin Luther King Jr. Clinic. 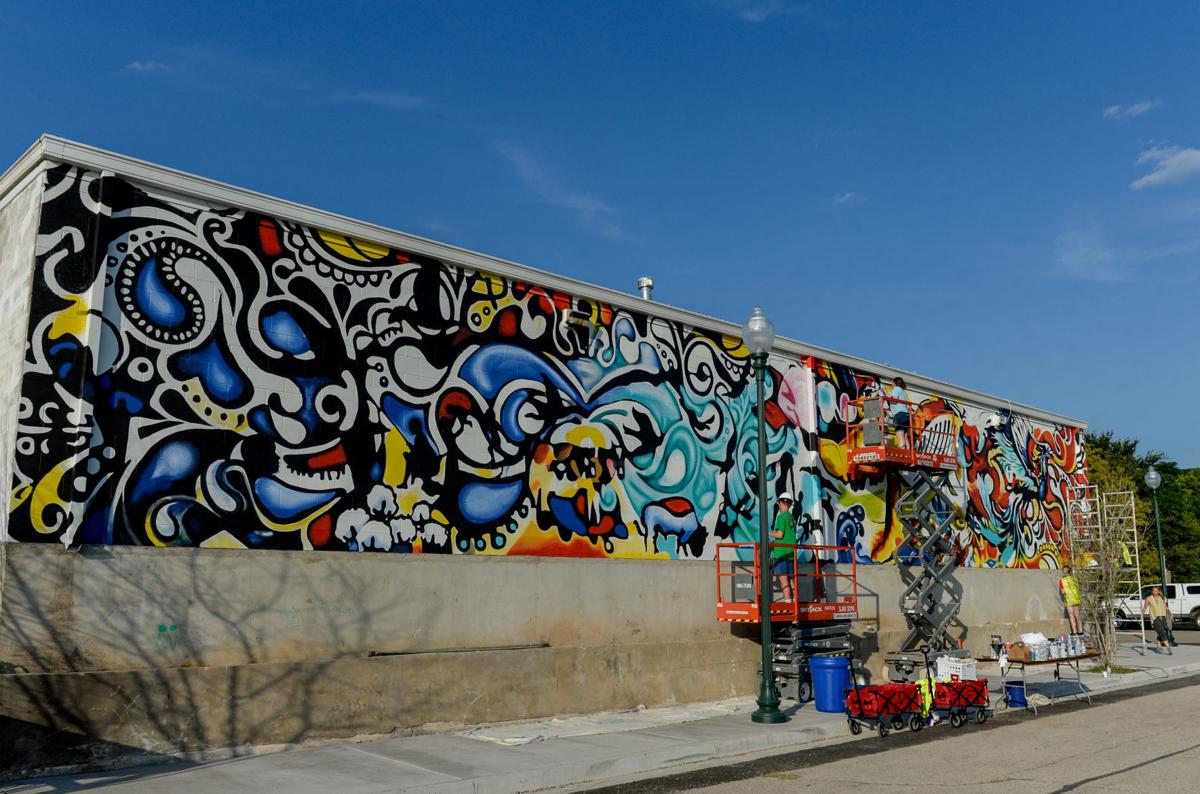 An outline of fruits and flowers flank a woman’s profile in the ArtPrenticeship mural at the Family Health Center’s Martin Luther King Jr. Clinic.

Two months of design, planning, painting and sweating come to a close for 12 Waco-area students Friday night with a celebration of what that effort created: vibrant murals on two East Waco buildings.

The murals, the product of Creative Waco’s ArtPrenticeship program and the Elm Avenue Cultural Workgroup, reflect different aspects of East Waco. The “Spirit of We” mural at Brotherwell Brewing, 400 E. Bridge St., imagines the neighborhood finding renewed life, with images of a phoenix, birds, children and families at play, cotton and wheat plants and a whale incorporated into a swirling abstract.

For ArtPrenticeship project coordinator Stefanie Wheat-Johnson, the program’s second summer continued the success of last year’s project, doubling it in terms of finished murals. Last year’s pilot program resulted in the creation of the “1,000 Hopes of Waco” at 315 S. University Parks Drive. The ArtPrenticeship program aims to give local high school students a sense of the professional and commercial side of art through a paid eight-week apprenticeship.

This year, the program’s 12 students split into two work teams to produce murals after a several weeks of input from East Waco residents and community leaders about the neighborhood’s history and dynamics.

“We had another great group of kids who have just blossomed,” Wheat-Johnson said.

Waco artist Will Suarez returned as lead designer, collaborating with the Family Health Center team while guest artist Thomas, a seasoned New Orleans muralist, led design work on the “Spirit of We” mural.

Suarez directed the design of last year’s mural more than this year’s, letting students take the lead in what elements and themes to use, then smoothing the design to make painting easier.

“The kids wanted the piece to be more of a tribute to East Waco,” he said.

The building’s corrugated steel walls added a new challenge for student painters. Heat reflected off metal surfaces as the sun rose, and the wall’s ribbed surface made it difficult to keep lines straight.

“Painting on corrugated metal is super hard to do,” Suarez said.

The artist did not stop with painting on the Family Health Center mural on July mornings. After that work, he would go on to paint a mural on the side of Elm Avenue restaurant Revival Eastside Eatery. Ahead of him is interior work at downtown’s Union Hall, where he and his business partners will run KurbSide Coffee, plus oversized signage for Harris Creek Baptist Church.

Will next summer see more new ArtPrenticeship murals for Waco? “As long as we have kids willing to apply for it, the program will continue,” said Suarez, though Wheat-Johnson noted funding also is an important consideration. Costs for each mural were just under $40,000, including donated materials and services from Waco companies and professionals, she said.

Even so, she said she keeps a mental list of blank walls in Waco when driving through town.

“I think about it all the time,” she said with a laugh.