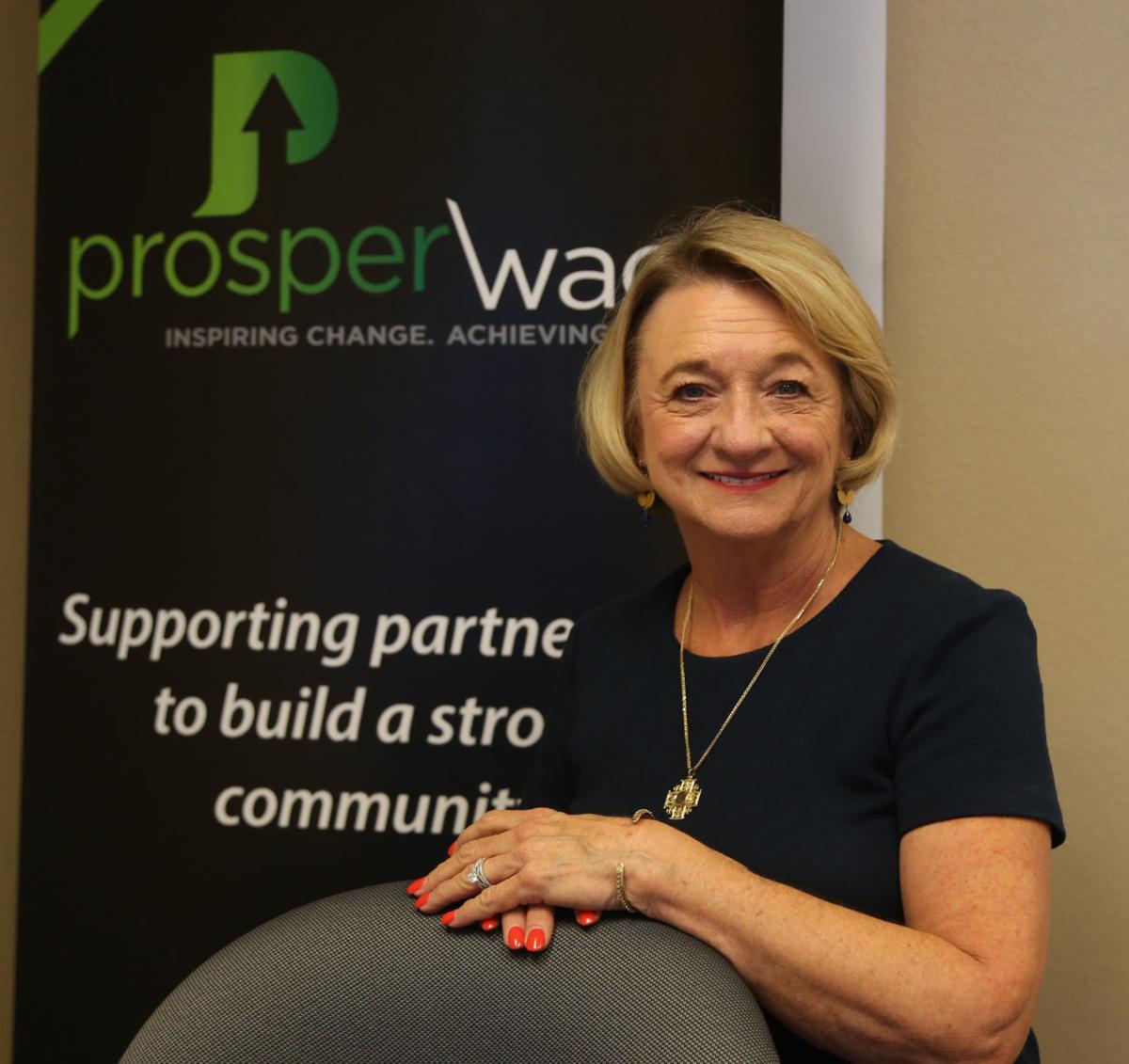 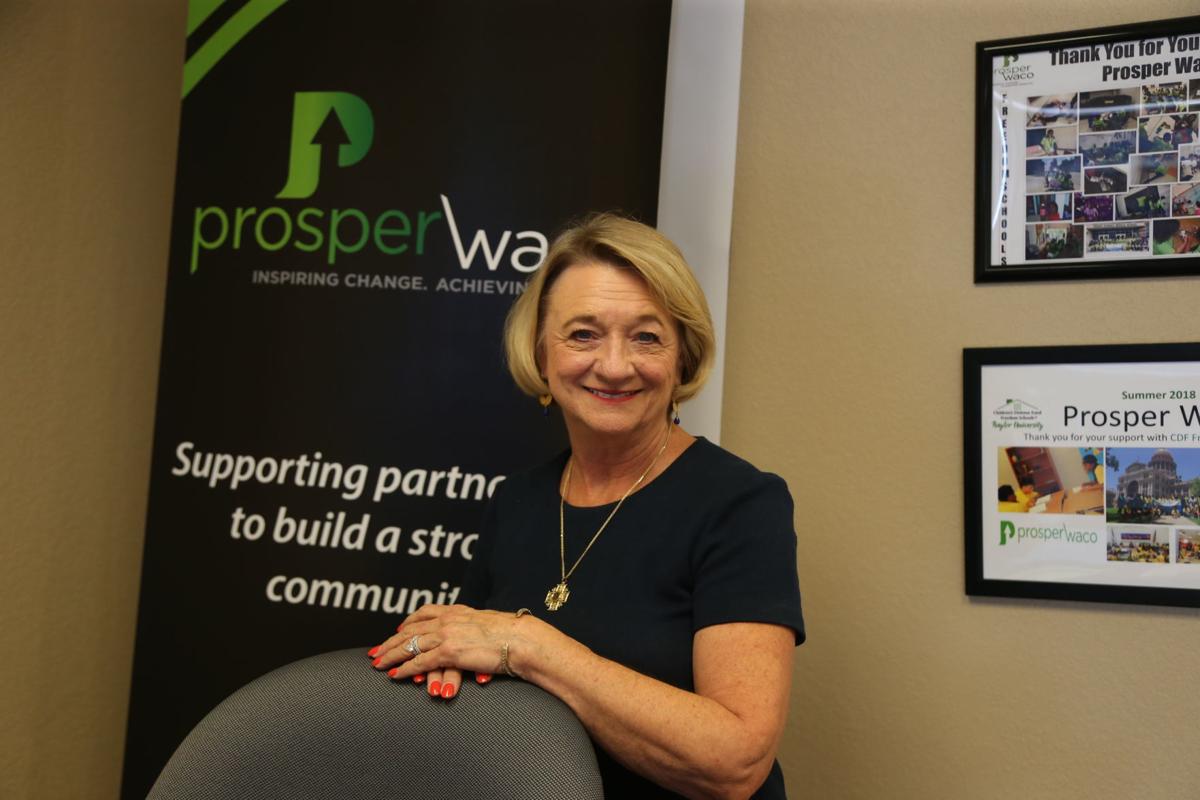 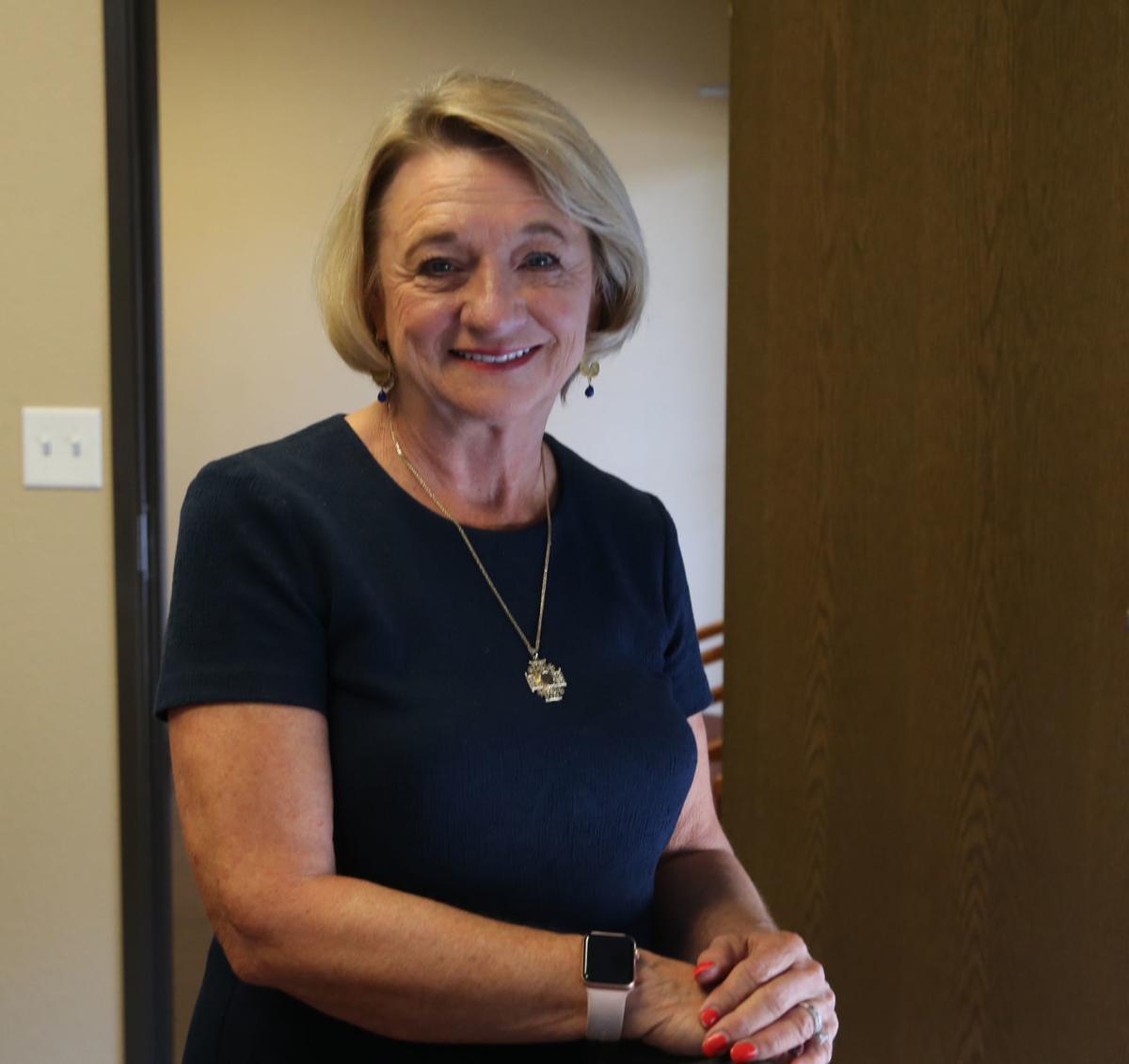 New Prosper Waco CEO Suzii Paynter will tell you she was “just a reading teacher” when she went up against the veteran state Sen. Carl Parker in the mid-’80s.

The Democrat from Port Arthur had filed a bill that would essentially eliminate all colleges of education, but public universities are barred by state law from lobbying the state Legislature, Paynter, 67, said Wednesday during her first interview as Prosper Waco’s CEO.

The task fell to private universities, including Baylor University, where Paynter taught at the time. She also held the position of president of the Reading Teachers Association of Texas. Then-dean of the Baylor College of Education Bill Lamkin asked Paynter to go to Austin and speak with Parker to attempt to change his mind.

She sat in the cafeteria and thought, not wanting to disappoint Lamkin, her dean, and she came up with a “great idea.”

“What do we have? We got teachers,” Paynter said. “There are 17 people on that panel. I bet I can find the first grade teacher of every single one of those people.”

And they did. Paynter had the first grade teachers of all 17 committee members call them and request time to come speak to them about the bill.

“Of course, they said yes, so we briefed the teachers. They were like our little Trojan horse,” she said. “We sent them in, but they convinced those senators and those house members on that committee that colleges of education were worthy and primarily because they teach people how to teach reading. On the day that bill came to be passed, it failed. All those members voted against it, and this chairman got so mad he threw the gavel down.”

Paynter drove back to Waco and told Lamkin the good news. Then her phone rang about 11 o’clock that night.

Parker told her to be in his Austin office the next morning at 8:30 a.m. She took language to the senator that is still in the education code today, she said.

“Every elementary teacher that’s certified must have an interdisciplinary major, including reading, and that’s what put the colleges of education back in the education code,” she said. “That’s how I got involved in lobbying.”

Paynter went on to lobby for literacy efforts and was later hired by the Baptist General Convention of Texas as their public policy specialist. She worked on issues ranging from prison reform to foster care to education for about 13 years.

The San Antonio native later worked for the Southwest Educational Development Laboratory, which is the regional extension of the federal Education Department. She conducted research there on literacy, working with members of Native American tribes who were learning English.

Additionally, Paynter went on to lead the Cooperative Baptist Fellowship, a group of 1,800 U.S. Baptist churches that left the Southern Baptist Convention in the ’90s. She served as the CEO for six years.

But Paynter missed living in Texas near her son and daughter, so she moved back to Austin, where they reside. That was when two key events happened: She heard about the Prosper Waco job from a friend, and Baylor University honored her as a 2019 distinguished alumna.

“The search committee asked some very challenging questions, and Suzii’s answers were not theoretical,” Atkins said. “They were based on her actual experience with collective impact and her actual experience with building communities, and that was powerful. Also, you spend any time visiting with Suzii and two things become very apparent: First, she’s genuine, and secondly, she is the embodiment of the servant leader. And that’s what this community and this organization needed.”

But something else happened the night Baylor honored Paynter as a distinguished alumna. She met her fiance, Ben Y. March.

“I was an honoree and so was he,” she said with a laugh. “It’s better than Match.com.”

Paynter does not officially take the helm of Prosper Waco until Sept. 3, but the board voted July 31 to hire her. She said she is ready to help sustain Waco’s success, while also reassessing Prosper Waco’s priorities to ensure there are no missed opportunities.

“Every community in our country needs revitalization, and to get to be a part of a community with so much good will and so much talent, like Waco has right now, it’s just an awesome opportunity,” she said.

Paynter said Prosper Waco’s main role in the community is to help improve the “overall quality of life in Waco in three areas: education, health and financial stability.” Its job also is to bring together all the nonprofits and community organizations working toward the same goals and provide them with the data and research they need to make informed decisions.

“There are programs in the community that help people that are at-risk, but there’s also opportunities in the community to help people who are on their way up. How do you strengthen our families so that they feel secure?” she said. “Life brings so many transitions, whether it’s an unexpected divorce or whether it’s a health care crisis, how do we help people in their moment of transition so that they continue in a resilient pattern?”

The new CEO wants not only to support social safety net programs but what she calls “on-ramps.”

“If you think of a successful life as a highway, we all have off-ramps sometimes, and then we all need on-ramps. I think that’s part of what Prosper Waco does,” she said. “There’s so much good will in our community, but we haven’t always been intentional about building the on-ramps that people need for a successful life.”